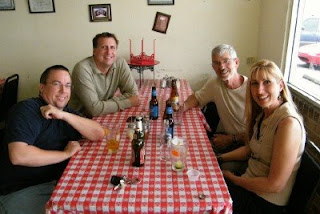 I got off work at 3:00 and ran home to change clothes. Mark called to see what I was giving Mother for her birthday... always the last minute shopper he is. He mentioned that Clay was going to be at B&J's Pizza for a bit, so Bruce and I made our way over there. It's been a while since we saw Clay. He cut his hair!!! We had a drink and went our separate ways, leaving Clay behind to hang out with his other buddies. 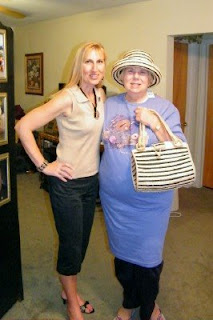 We drove out to Mother's house in Calallen for her birthday party. It was a small gathering, just Bruce, myself, Mark & Nathan, Carla and Sonny. They had already had a party for her at the Senior Center at lunchtime. Bruce and I brought her a matching straw beach hat and bag, and a stained glass cross. I'm into stained glass... mother is into religion. 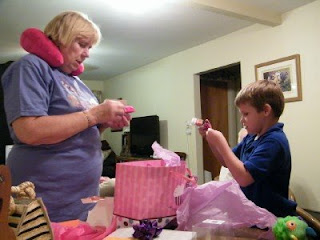 Nathan always gets into the opening of gifts. We brought him a little bath scrunchie for his bathroom. He loves getting things too. 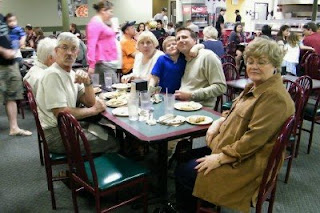 We all loaded up and drove over to Cici's pizza for supper. It's one of Nathan's favorite places to go. I love the cinnamon bun thingies... I could eat my weight in them. We had some laughs and talked about old times and caught up on current events. I told them that they could always know what Bruce and I were doing if they would ever check
my blog!!! 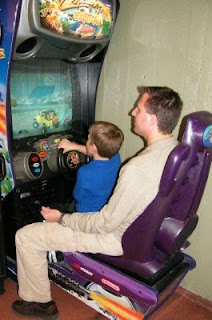 Mark went off with Nathan to the arcade and was gone forever! I finally went after them so that we could go back to the house for cake! I got sucked in watching Nathan play the driving game. He's actually pretty good at it. It made me a bit dizzy to watch though. 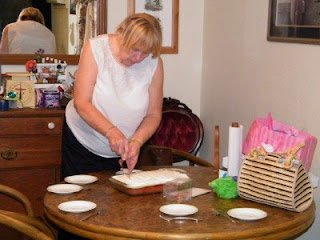 We met up back at Mother's house and cut the cake. I had made it myself this year, choosing to do an old family favorite... pudding cake. It's so easy and so good. Make a box recipe of any flavor, I chose strawberry... poke holes in the top and pour liquid jello over it so that it sinks in... refrigerate to set the jello. Then prepare a box of pudding to spread over the top and then cool whip on top of that. Refrigerate and serve. It's always great! 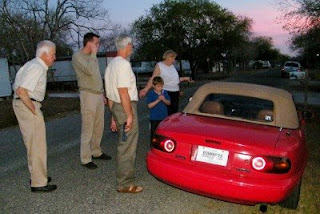 It had been a long day for everyone and we broke up soon after the cake. We were all full as ticks after the double dessert. We went outside and showed Bruce's new toy to everyone. Again, you would know about this if you would read the blog!! He was proud to show off "The Beater". Another year passed! Happy Birthday Mom!