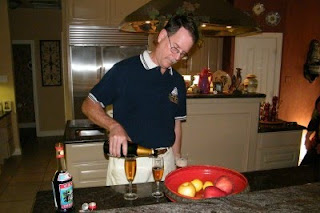 Terry and Richard called on Thursday to invite us to a little get-together at their home in honor of the Harvest Moon Regatta. We were the first to arrive and were rewarded with a special glass of Kir by our host Richard. http://en.wikipedia.org/wiki/Kir_%28cocktail%29 only with Champers. Early bird gets the Kir! 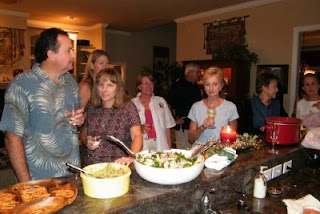 It wasn't long before the place was filled to brimming with BYC members. We had all brought something to go along with the delicious Arroz con Pollo that Terry made. It was all very delicious except for the Pate that I couldn't bring myself to try. I'm as culinarially adventurous as the next guy... but I draw the line at goose liver! (Yes, its a word... NOW) 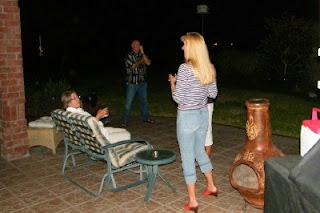 I was trying to imagine all of these people in my own home. Maybe sometime in the next few months, I'll try it. Terry and Richard are all set up for entertaining. 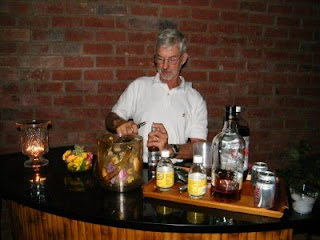 Bruce took his turn at their outdoor bar. 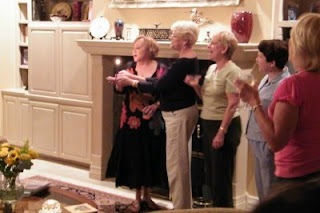 It was discovered that Terry had a birthday coming up on Monday so we made it a dual celebration for her. She got the rousing round of Happy Birthday and blew out her candle. 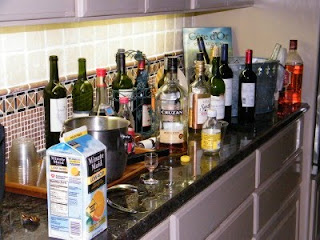 The party was a lot of fun. Bruce made an observation that this party was supposed to be for the Harvest Moon participants... of which there were many. However, there was only one Skipper in attendance. I guess that is because while the crews were out livin' it up, our captains were hard at work preparing for our trip. Oh well...