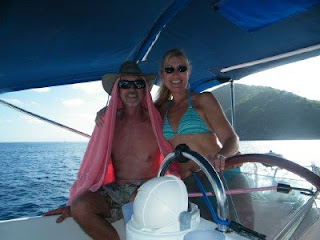 We left Cane Garden Bay in the morning before 8 am. The sun is well up by that time and Bruce was practicing sun avoidance... my little Sheik of Arabic. 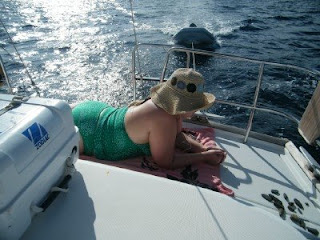 We were headed out to a place I had never been before... Sandy Cay. I'd had it on my list of places to visit both times I had come here before but we never got to it. This time I was determined. 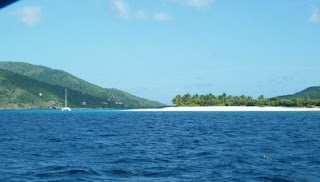 It's such a tiny little speck of an island, it's hard to distinguish it from the Islands of Yost Van Dyke and Little Yost Van Dyke situated behind it from our vantage point. We just headed in it's general direction until we began to pick out the white sandy beach with palm trees that Sandy Cay is famed for. 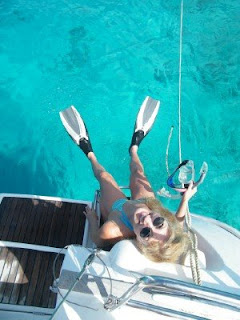 We were the second boat here this morning and had our pick of the good anchor spots. There are no mooring balls. This was our first opportunity to use our anchor on this trip and we had a bit of trouble. It was all chain and had been put into the anchor locker upside down. We got it worked out and got down to business. The girls and I snorkeled around and over to the Cay while Bruce finished cleaning all of the anchor crud off of the deck. 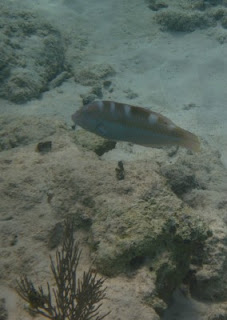 The visibility here was decent. The bottom wasn't very pretty but there were plenty of fish around. 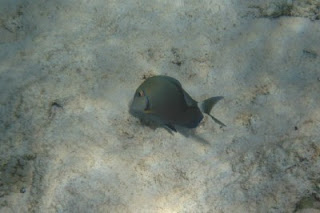 As you are aware... I have no idea what these things are called... I just like them. 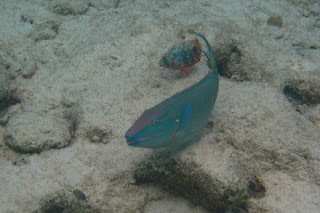 These are among my favorites... I love the vibrant colors. 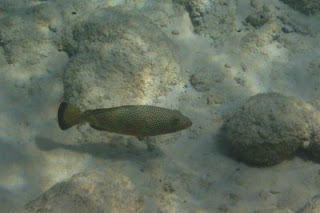 And this guy is one I've never seen before. I found him hiding behind a rock and he took off! 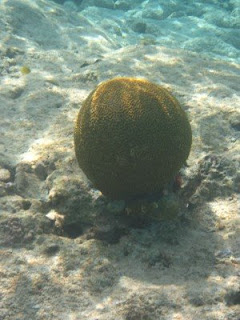 And of course, there's the coral. 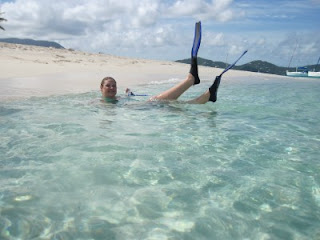 We made it to the beach... and what a beauty! Bruce says that this is one of the most photo-graphed beaches in the world. I believe it. 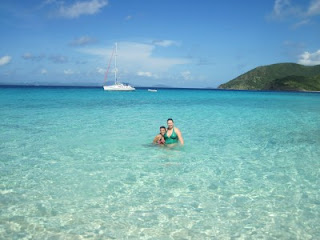 It has everything I'm looking for in a beach. 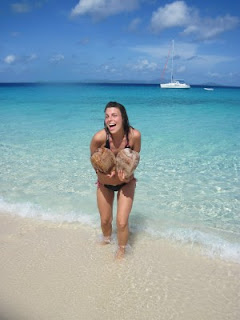 The girls found a couple of coconuts and we had a blast with them. 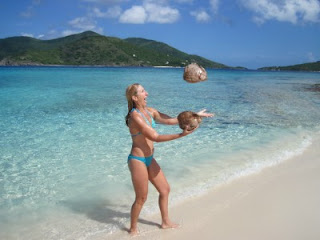 You have no idea how difficult it is to juggle coconuts... 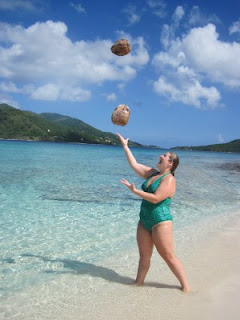 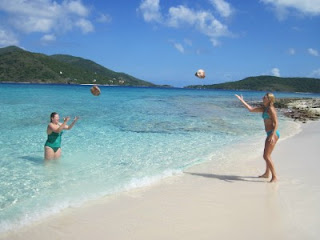 We gave up the juggling and tried our luck with the coconut toss. Also very difficult to do correctly. Oh... the stress of it all!!!

We made a short cheesy video clip so that you can get the feel of the place... Enjoy! 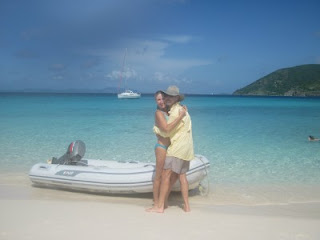 Bruce finally finished up his chores and became confident enough in the anchor holding to leave the boat and dinghy over to join us. 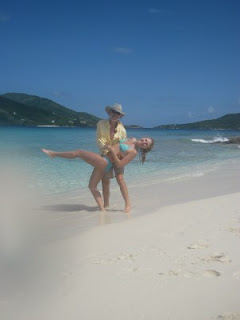 We were happy to see him because he knew where the path across the Cay began. 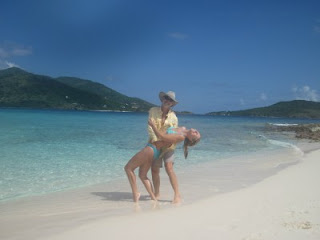 I think we need to practice this a bit more before we're ready for prime time... 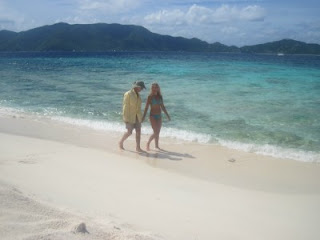 We took a walk through the tropical under-growth to the other side of the Cay. There was oil or something on the camera lens so the pics were all very fuzzy. It was like being in a giant greenhouse full of tropical plants and animals... birds, hermit crabs, lizards. We were on an adventure. We came out of the jungle onto the beach and strolled back to our dinghy landing.

Time was marching on and so we left our anchorage to the next boat arriving and went on to our next destination... Yost Van Dyke and Foxy's