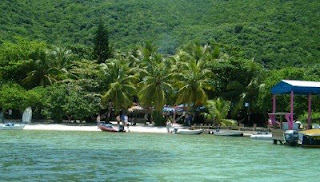 We left Sandy Cay behind and hopped over to Yost Van Dyke to anchor again and visit the famous Foxy's. I have been here before but always like today... in the afternoon. 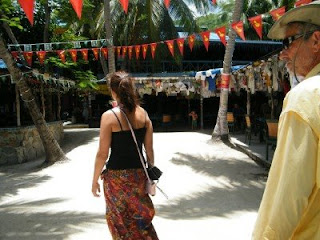 We hear that there is a nightly party with live music and lots of debauchery, 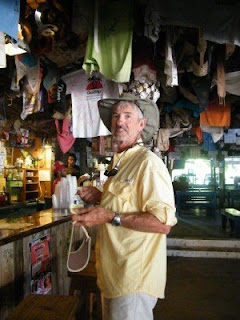 but this is not our thing... so we just checked it out in the safety of the afternoon sunlight. It may have become a bit more tame however... last time we were here, all that was hanging from the ceiling were panties! 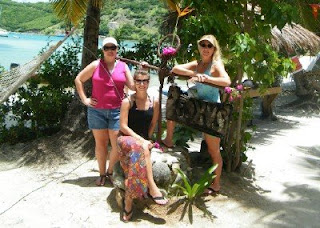 We took some photos here in the place where we had seen countless others... All of the sailors who have visited here have these same shots. Lats & Atts publishes scads of them... it's become a thing! 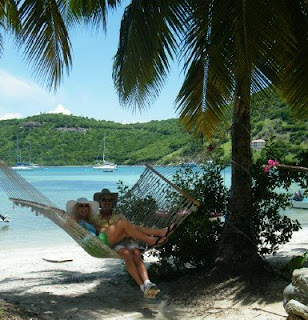 We took our turn in the hammock. I wish we had one of these on the boat. 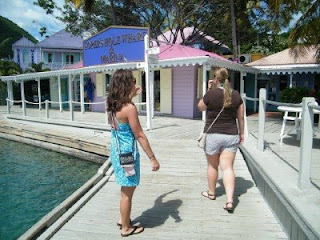 We left Yost and sailed over to the far end of Tortola to Soper's Hole, where we planned to spend our last night out. We began to feel damp as the time with the girls was drawing to a close. We grabbed a mooring ball and went to shore for a bit of shopping. 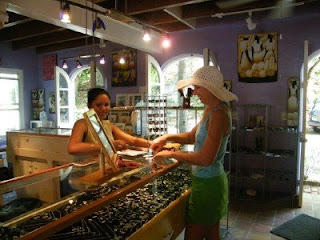 Soper's Hole is one of the places the cruise ships bring people. The shopping is great! I have a collection of jewelry going and needed to visit this one place for my next installment. Last time here, I bought a set made of pink conch. This time I chose the blue Larimar. http://en.wikipedia.org/wiki/Larimar Check it out! 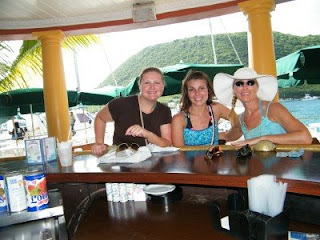 We joined Bruce at the Pusser's bar for happy hour where we whiled away the afternoon. All week long we had been asking the people we meet working here where they are from. All but a very few were from another Caribbean or Mediterranean island. They say that the locals are lazy and don't want to work. 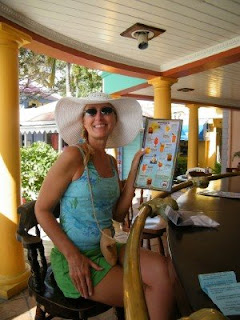 We ordered from the specialty menu. I was coveting it for my bar at home and asked the bar tenderess if I could have one. She said I could and even brought out a nice new pretty one for me. Now I've got to get busy trying them all out at home! 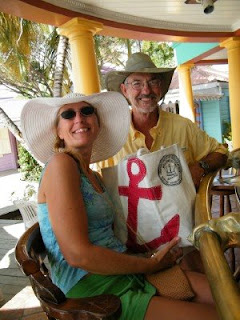 Before we left, Bruce excused himself and disappeared for a while. He came back with a gift for me. It was the wonderful sailcloth bag I had seen at the Pusser's Store on Marina Cay but hadn't bought for myself. 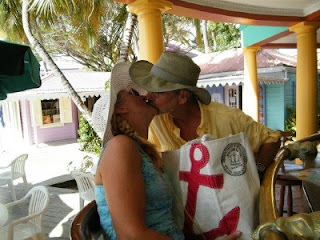 It was such a surprise! He is the best husband I've ever had. He just came walking up with it like it was no big deal. It was a big deal. Brittney was so touched that she cried a little bit in happiness. Bruce is the best thing that's ever happened to us. 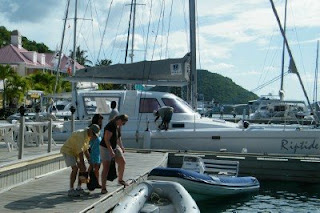 We loaded into the dinghy after a quick trip to the grocery store for a couple of things. Melissa drove us back to the boat where we continued our happy hour. We had bought a lot of rum and had a lot to drink before the end of the girl's time here. 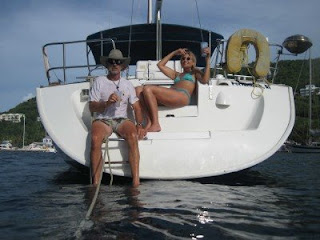 We swam off of the transom in the cool water. It was getting late but was still very warm. 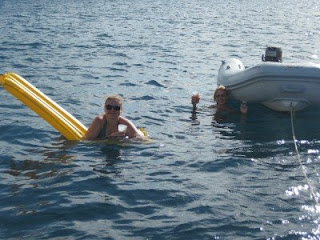 It was a nice lazy afternoon. We had done a lot this week. 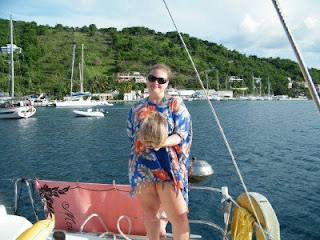 Melissa began a project with the coconut we had brought with us from Sandy Cay. 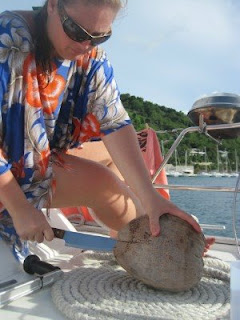 She decided that we needed the nut out!

She got out some implements that she thought might help her break in. She worked in the hot sun on the back deck with big knives. 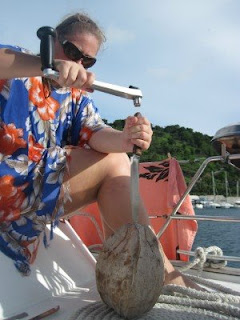 Then she brought out the serious stuff... the wench handle. 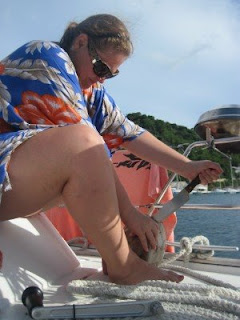 She worked and worked. I had to cover my eyes because I was so afraid she was going to cut off a toe. 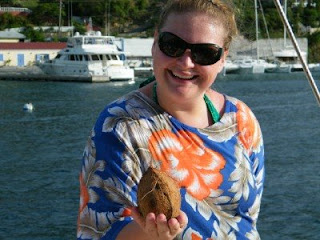 I finally gave up and went to make dinner. I knew it wasn't happening... the coconut has avoided plunder for eons with it's hard external shell. But I was wrong! After about half an hour... she got it! Success! The only problem was... now we had to get into the inner shell. A project for another day!