We began our day early in Marina Cay. We had a lot to do today and wanted to get it all in. 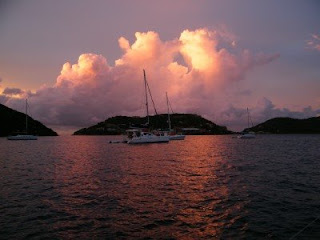 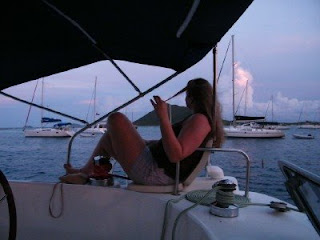 After a breakfast of delicious taquitos... the food tastes so much better here in the BVIs... Melissa contemplated life while Brittney and I did some prep work for lunch and a pasta salad for dinner. We knew we would be under way at lunchtime so we wanted to minimize unnecessary time below. 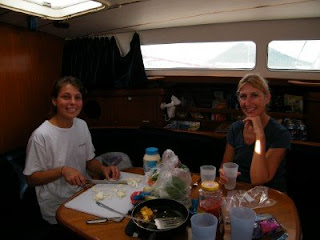 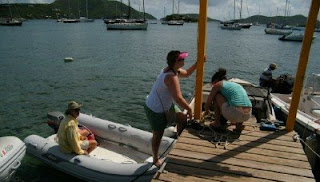 We loaded into the dinghy and motored across the way to Trellis Bay. This is the little spot practically IN the airport. Many people wait for arrivals and depart from Trellis. 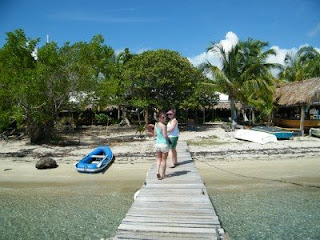 Trellis Bay has attracted a number of artists along this little strip. (the mall... BVI style) It has become a trendy little artist's community. Many artsy types from England spend 9 months a year here and live like vagabonds selling their art. 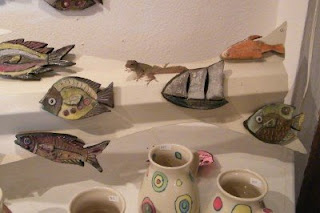 We interrupted one girl's breakfast (in her jammies) to purchase this coffee cup that caught my eye. I had to have it... lizard or no lizard. 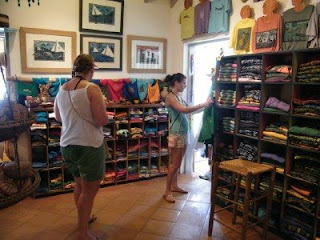 We continued on along the boardwalk checking out the wares. We had come here just at the beginning of low season. There were no crowds. 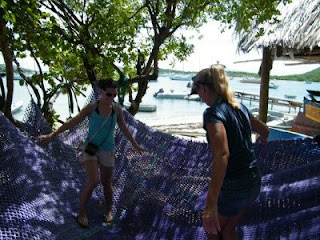 It was almost like being in a ghost town where you could almost feel the frolicking that had been. We found this giant hammock and thought it must have been the scene of much debauchery 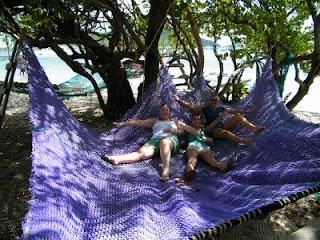 We piled into it but there was something missing... rum maybe! There is a stage set up here with a number of fire pit-like metal structures. We figured they were lit at night while the bands played on stage. All of this was silent during our visit. I can't say I was unhappy about it though... I was enjoying the solitude. 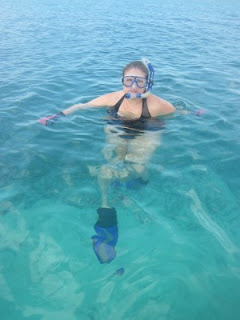 We went back to Marina Cay in hopes that the sun would continue to shine so that we could snorkel the reef. It had become very hot! We waited out a rain shower then dinghied to the reef. 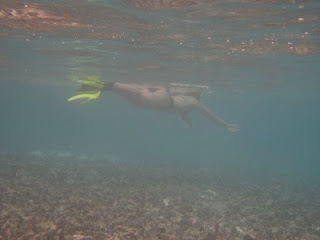 The visibility was pretty terrible. The clouds kept us in the dark a lot so it wasn't the most spectacular snorkel of the trip. 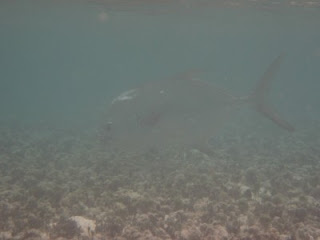 But we did see some interesting things. The picture isn't great but we saw this big boy cruising around nibbling things off of the bottom and stirring up sand clouds. Here is a still...

and here is a movie. I hope you can see it enough to get something out of it. 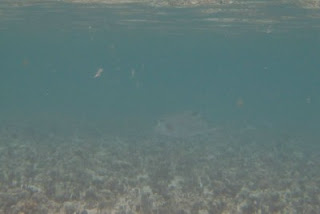 I couldn't really get much of this guy and have no idea what it was... it swam away quickly. I thought it was a shark at first but I don't think it was... 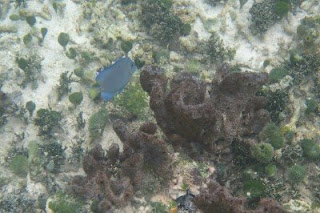 Here are some of the other little things lurking in the shallows... The bottom is littered with coral "bones". They are also washed up on the shores of Marina Cay. They make the most lovely tinkling sound when you shuffle your feet through them. 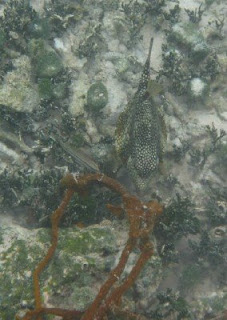 As usual... I don't know what this thing is but I think they are unusual looking. We've seen them many times but not in great numbers. This shot is taken from right above him just before he took off. He is practically invisible with his camouflage. 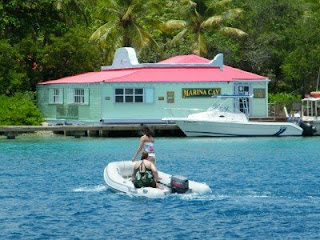 Once back on the boat, we sent the girls to shore for ice in preparation of our departure. 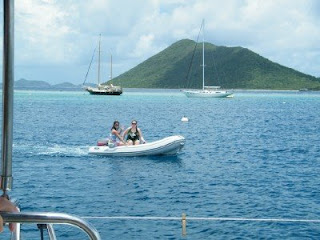 We figured it was time they got off on their own for a bit. 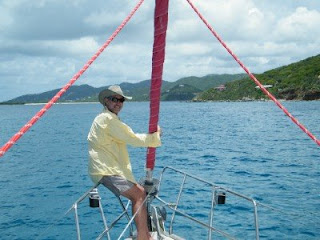 We put Bruce on the nose to watch for shallows as we were taking a route out of this anchorage that we had never taken before. 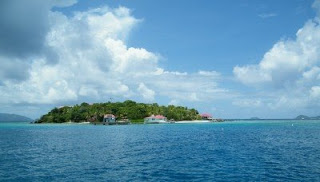