What began as not a thing, became a thing. And now we've done it. We have visited 7 beaches in 7 days.  Normally we pace ourselves, but when I realized we were on a roll, this became our goal. And finally, we made it to the beach we intended to visit on day... whatever. I've forgotten it in the blur of so many beaches and so much new sea glass!

I know I sound like a broken record when I say THIS is a favorite of ours.  I KNOW!!  We have so many favorites!  It's a tough life!  But really!

The thing we love about this beach is that there are also trails! They run east and west behind the beach, past the high tide mark, and hidden in the palm forest that lies between the beach and the wetlands. We have always done the trail going east, because it is longer... Next time we will go west. I promise!

It always feels somehow magical when we first emerge from the park area onto the beach. Today was no different.  Our plan today was to walk east on the beach, looking for sea glass, of course... And then where the end of the palm trail joins the beach, we will go into the palm forest and follow that equally magical trail back to the car.  It's about two miles from where we are parked on the road outside the park area today.  For whatever reason, the gate was still locked so we couldn't drive into the parking area. But no worries... it just added a little more to our walk! 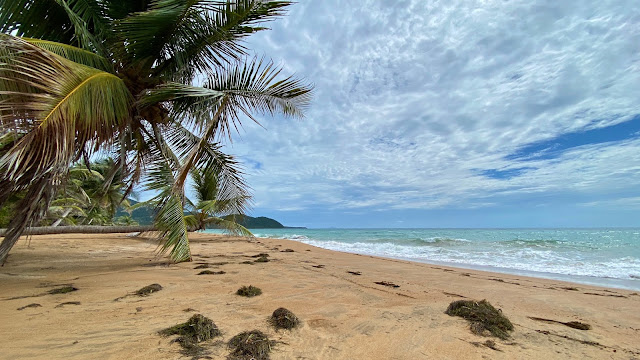 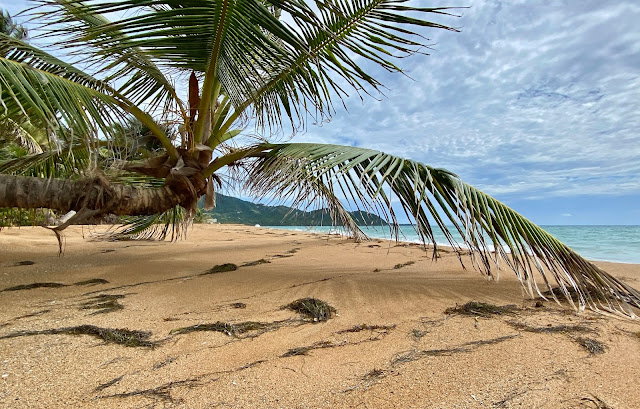 We found plenty of great sea glass along the upper part of the beach. But today's theme seemed to be a continuation of a favorite.  Leaning Palms!!  I just love how they handle adversity by just simply changing direction when life knocks them down!

It's been a while since we've walked this beach.  I guess it had to be before March... and there are a lot of changes since our last visit.  The leaning palms, for one... and the river mouth for the other!  We really didn't even know that there was a river coming out here!  Today we found a thin stream of water leading from the wetlands, into the Caribbean Sea!  We could have skipped on across it if we had wanted, but this was our planned end point anyway.  This is where the palm forest trail meets the beach.

After a brief break, we entered the palm forest and began our walk back to the car.  I love the quiet majesty of this place.  There's a hush here that seems unaffected by the not-so-distant roar of the waves nearby.  Like even sound is impressed by the unofficial reverence of it. 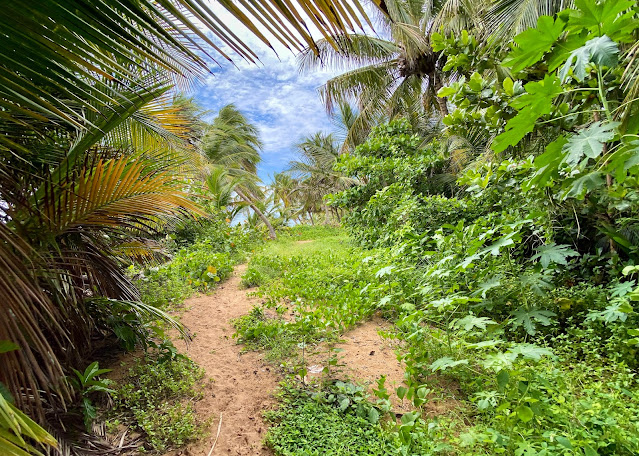 With eager delight, I darted along the trail as quickly as my foot would let me.  I never got far before a photo op presented and I would stop to get a few shots of the many wonders this forest holds. 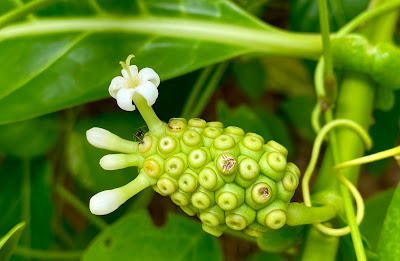 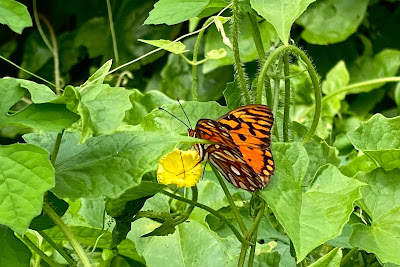 All along the trail, we were nearly bombarded by a parade of butterflies.  I spent a good amount of time trying to photograph them, but they are skittish and would not sit once I got close. 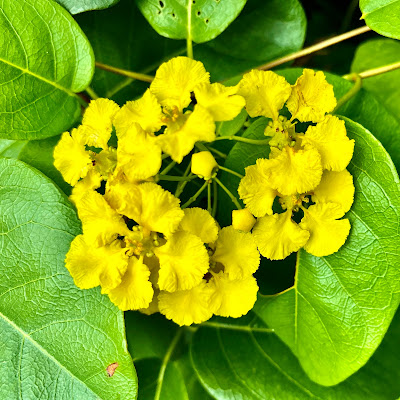 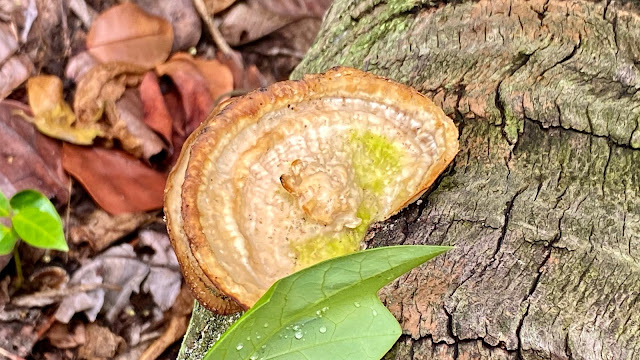 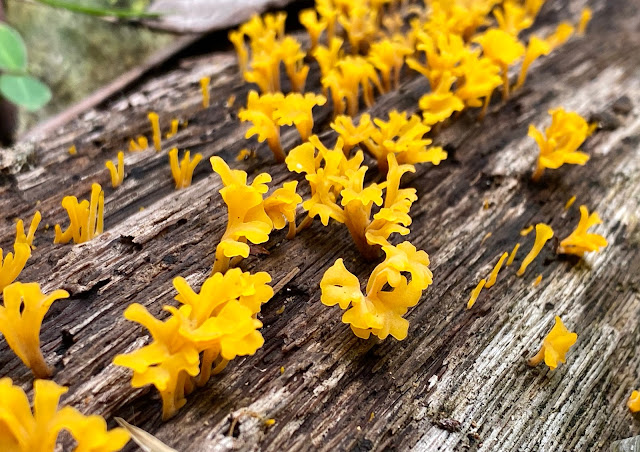 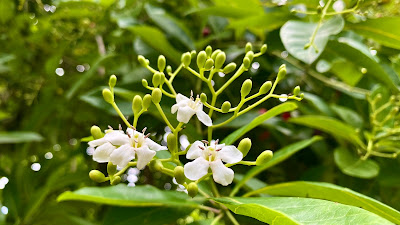 And just like that, our two mile hike/meander was done.  Having such wonderful places to get our exercise makes it so much easier than just plain old working out.  Maybe it's slower to produce results, but the mental benefits are well worth it!
This also concludes my 7 Beaches in 7 days posts.  Whew!  That was rough! (Beachlife problems) 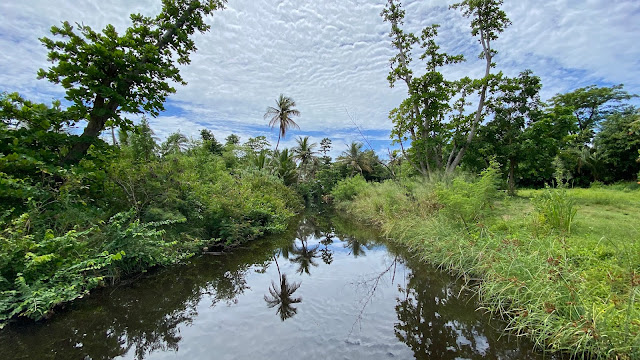