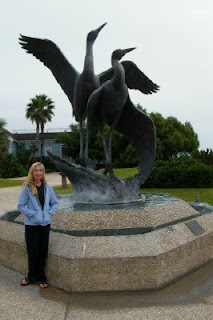 Saturday morning we had coffee in the V-berth. I hoped that the cold front expected in over night would be kind. When we realized that the wind was from the north but was not blowing enough to be cold... we set out to be tourists for the day. We did everything the other foreigners were doing in Rockport. These bronze statues are right out in front of our boat.

One of Bruce's favorite things in the world to do is to walk the docks. We went onto each of the piers checking out the attributes of the boats there. It's so amazing the number of boats that look like no one ever sails them. 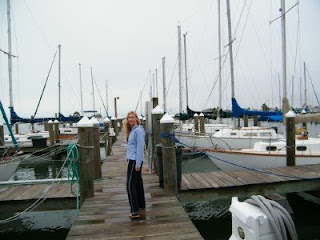 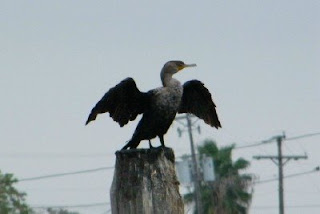 We saw a cormorant auditioning for the next bronze statue commission. 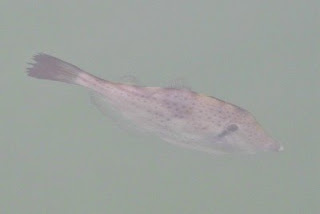 We saw an unusual fish hanging out alone in the Marina. It looked like some kind of puffer but I don't know my fish...
We saw these in the window of one of the bait shops. How can we overcome these stereotypes when I keep encouraging this behaviour? 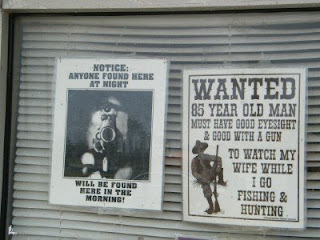 We played around outside the Texas Maritime Museum. They didn't open until 10 am so we 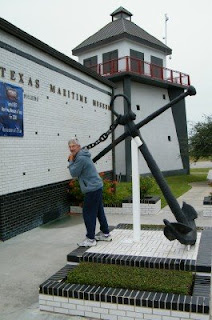 decided to go into town and do some shopping and then come back to tour the Museum in the afternoon. 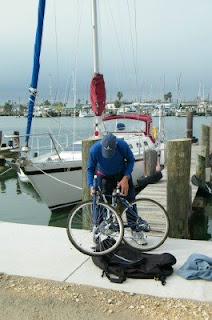 We went back to the boat and Bruce put together our folding bikes while I warmed up some breakfast. We walked the bikes to the gas station to air up the tires and then we rode around through the residential area on our way to The Strand for some shopping. 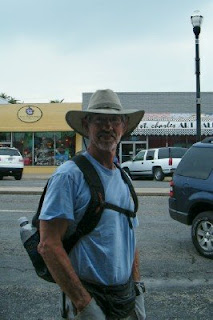 Bruce was very good. He wore a backpack to carry all of our treasures. He bought a cool new hat.

He signed the credit card receipts... 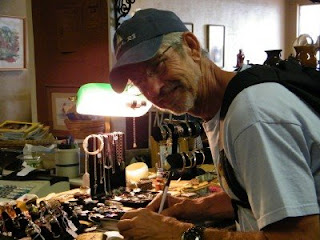 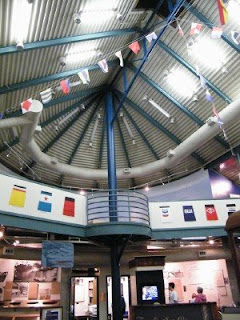 When we were done shoppig, we rode back to the boat for a quick lunch and then walked back over to the Maritime Museum. It was really very nice.

There were exhibits on sunken ships from the 1800's with actual items brought up from the found wreck and a scale replica. 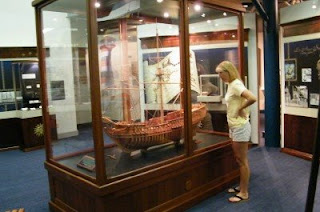 There were exhibits on shipbuilding here in South Texas. 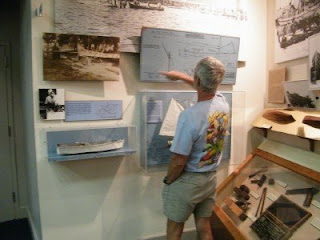 There were exhibits on pirates, the Navy, steam ships, oil tankers, fishing... everything you could think of. Bruce played with a working wheel that gave a real life feeling of what it was like to bring the ship around. 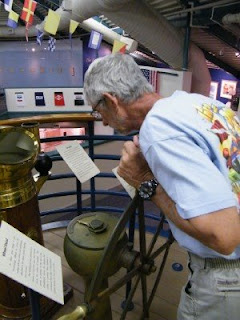 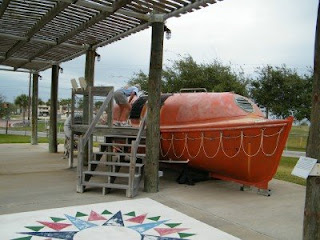 Outside there were more exhibits including a life boat and channel markers. They look very big close up. 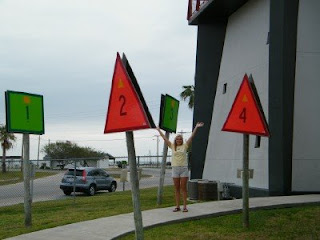 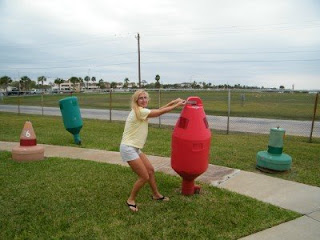 I always wanted one of these channel cans to display in the atrium.

We closed the museum down at 4 pm and went back to the boat for a quick power nap. We were being picked up at 5 o'clock by our friend Brenda. 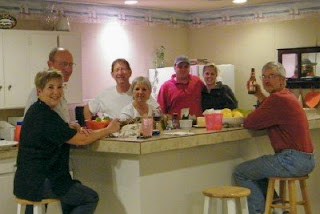 She and Mark had rented a house in Key Alegro where they had a big family Thanks-giving. Their daughter Susan had already gone home and Sally was in Cambodia (of all places) but the rest of the family was still there. We had a great time with them. Lucas, the nephew had spent all day producing some fabulous ribs. 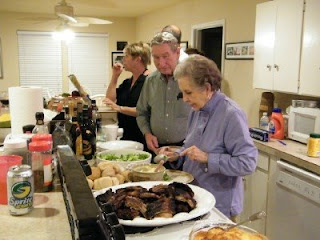 There was a football game going on and they were all interested in the outcome. I can't begin to keep up with the intricacies but it was important to everyone there but me. 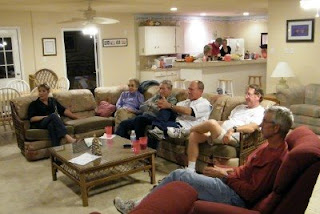 After the dinner, I sat down with them to watch the game. It was some time before I asked Bruce if I had missed something... Why were the Cowboys wearing black and orange instead of blue and white. Everyone laughed at me... it was the Oklahoma State Cowboys. Oh well... I got points for trying. One by one, the family drifted off to their beds. When the game was over, it was just us with Mark and Brenda. The drove us home to the boat where we spent another peaceful cozy night in the V-berth. It finally got cold.