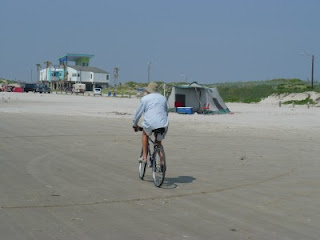 Bruce and I had boat chores to do on Monday but we heard that the hurricane Gustav Surf was up and went for a bike ride to the beach to check it out.

The scene was surreal! The tide had left a broad expanse of freshly wet beach and kept sucking far out and washing back in. I chased the gulls that were congregating there to snatch up the creatures left behind by the waves. The wind coming from the west was strange and other worldly. 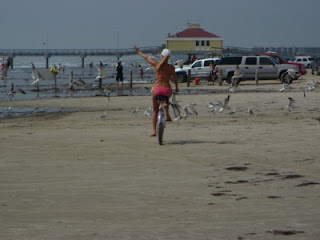 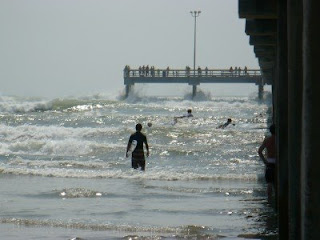 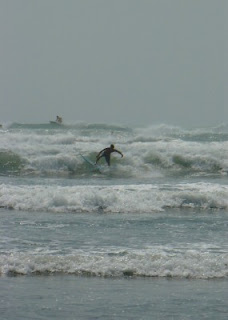 There were surfers out in the water waiting for that perfect wave. 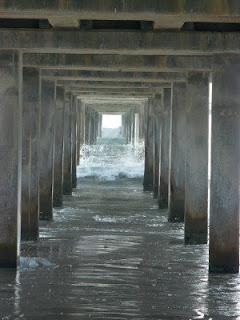 The waves were beautiful and at the same time… wild and angry. We parked our bikes under Horace Caldwell Pier to watch for a while. It was like being “somewhere else”. We saw some great action! It looked fun, but not for me. 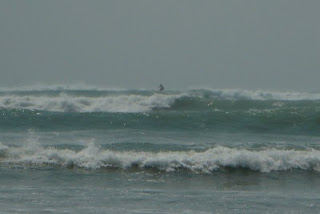 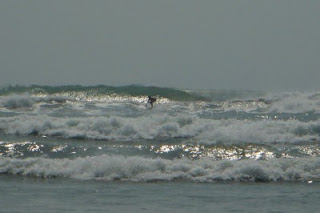 We left there and got back to our chores. The marina was a ghost town. By the time we had finished our duties and packed up to leave… the only people left around were those that live aboard and Ken and Carrie, on Free Bird. They were staying for the week. We had a final visit with them and headed back to reality. It was a hot and breathless day and we were beat! It was nice to get back home for some much needed rest. These three day weekends are brutal!