The marina to ourselves...

We woke up on Saturday and turned on the local TV news to see what had happened overnight. Bill Vessey was down at the seawall in the midst of the “worst ever” waves washing in, so we drove down there and found what? Destruction, carnage…no…just some higher than usual tide with relatively calm seas. I hate media hype! How can they sleep at night?

Bruce and I packed up for an overnighter at the boat and drove to Port A. 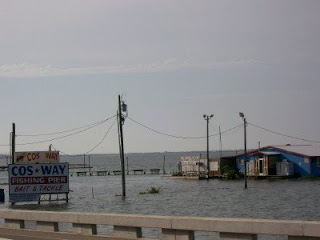 There was definitely some storm surge evident in the laguna. 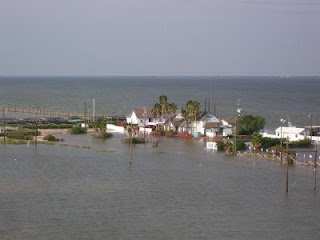 The land around Doc’s and Snoopy’s was all under water. 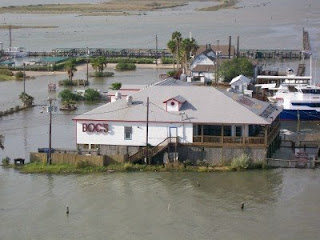 There was water up to the road all the way to Port A. The streets there were deserted. 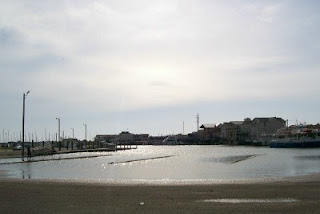 The marina was deserted as well. 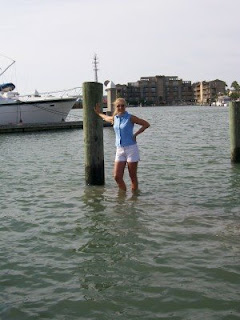 The water was up over the fixed docs. 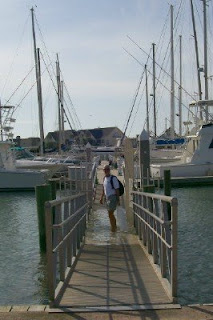 Ours is floating but the doorway is fixed so we waded through to get to the boat. All of the boats were fine. We had barely had any wind and had seen no rain as yet.

We put the mainsail and bimini back onto the boat and inflated the dinghy. It was very hot and still so we holed up inside the boat to enjoy the AC and had a nap.

We went down to the beach in the afternoon to see what if there had been any change. 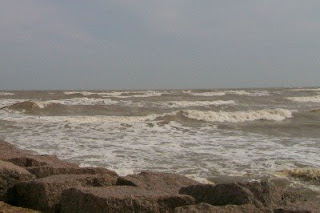 The surf was mad and dirty. 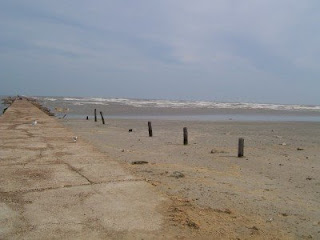 There had been a lot of sand moved around. It’s funny how you know it isn’t right, but you can’t exactly remember how it’s supposed to be. 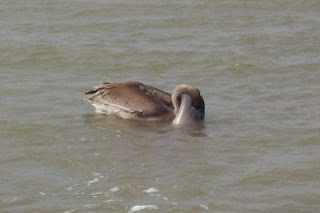 We walked out onto the jetty a short distance and watched the pelicans chow down. They’re fascinating to watch. They jab their beaks into the water and balloon their craw around the fish catching the water.
Then they drain all of the water out through their nostrils and gulp down the fish. They were having a field day out there with all of the fish brought in by the high tide.

We spent the evening in seclusion relaxing and reading on the deck and went to bed early.