We will drink no wine before its' time 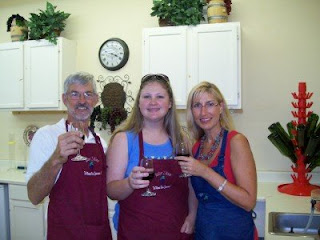 Bruce and I went to San Antonio on Saturday to bottle our wine. Brittney couldn’t make it this time but Melissa was there. We donned our aprons and had a taste. I had worried that the wine wouldn’t be “the same” or something…but it was good!

Before we arrived, the staff at Water 2 Wine had created our labels from the pictures I had emailed to them. They then printed them out onto the peel & stick label sheets. 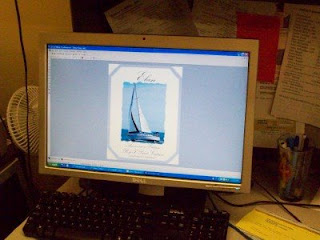 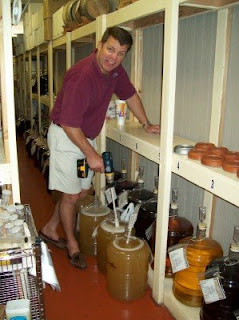 During the 45 days since we were here last, they staff had performed several of the winemaking steps for us so the wine was ready to bottle. We would have been able to do these things ourselves had we chosen to, but since we live in CC, that wasn’t possible. 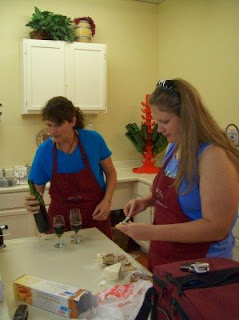 We brought along some nice cheeses and crackers to snack while we sampled our wine. 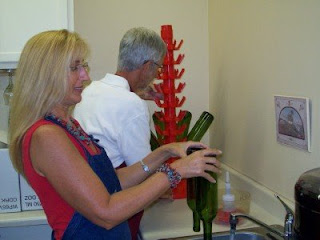 The first step was to rinse out the bottles with water and then with sulfites and place them on the “tree” to drain. 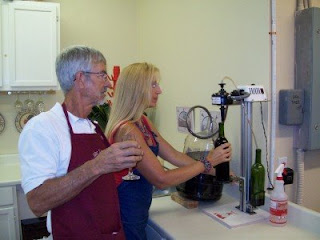 Next, we used their bottle filler. A single bottle is placed on the pad and raised up to the nipple, which is attached both to a hose leading from the fermenting bottle, and to an overflow hose leading into another of our bottles. The bottle filler is a simple automated machine, which is adjusted to fill each bottle to about the appropriate level…with a little tweaking.


Once the wine is in the bottle, its on to the corker. 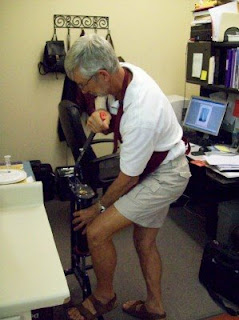 This is another ingenious little tool. The bottle is placed upon another pad and raised up. The cork is dropped into a hole above the bottle and pulling down a lever causes a 5 sided mechanism surrounding the cork to slide in to squeeze the cord like a sponge until it’s small enough to be poked into the top of the bottle.
That was the best part!


We then moved on to the final steps. We chose foils to coordinate with our labels and placed them over the corked bottle tops. 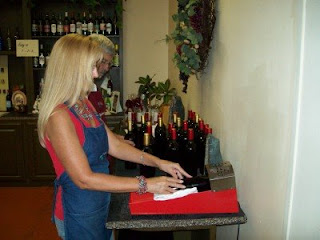 We used their melting coils to “shrink wrap” the foils down onto each bottle by placing the bottle in the cradle and sliding the bottleneck up into the hot coil for 2 seconds to melt the foil.

We placed the label on each bottle and we were done! 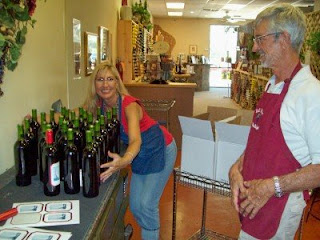 Our 28 lovely bottles of Australian Cabernet Sauvignon-Shiraz blend were ready to box up and take home… Now we’ll see if the reduced sulfite levels will keep their promise… no wine headaches!!