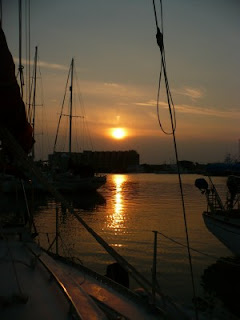 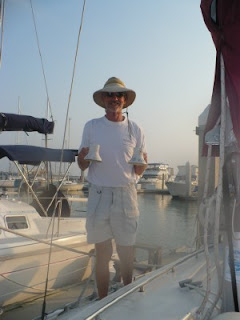 Sunday morning began with a cup of coffee in my First Mate Cup, brought to me by my darling husband to the deck where I sat contemplating the sunrise. It was my favorite kind of morning. 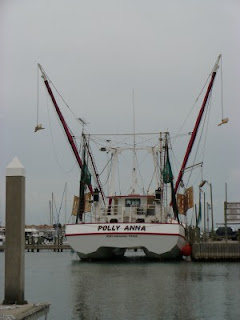 bought some shrimp for our dinner from our local shrimper, John, on the Polly Anna.

The winds were from the North and NW due to hurricane Gustav which was forecast to make landfall somewhere on the coast of Louisiana the next day. We decided to take advantage of this rare opportunity of a north wind and warm weather to anchor on the north side of the Ship Channel. We had scoped out our spot in the dinghy weeks before.


We sailed up and dropped anchor just prior reaching the junction of Piper Channel, which leads off the CC Ship Channel to Island Moorings. The visibility was so good we could see the keel, prop and rudder. This is unusual here. Bruce cleaned the bottom of the boat while I floated around. 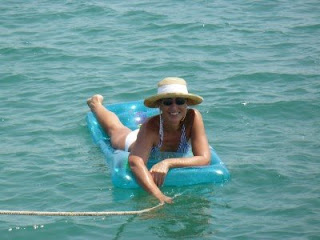 It was an magical day suspended in time…this free day. Not the first day... nor our last… it was in the middle… a free day! 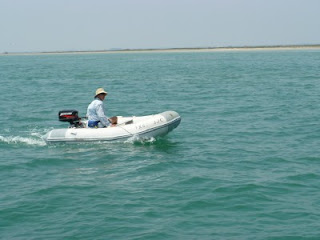 When the bottom cleaning was done, Bruce sped around in the dinghy for a while. I wasn’t sure we should leave the boat but after a tanker passed us in the channel and we saw no ill effects, I felt more confident and joined him for a quick trip to shore. 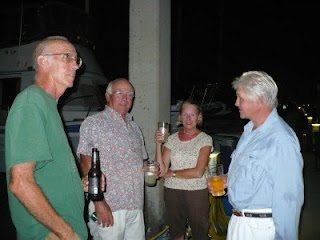 All too soon, it was time to go back to the slip to prepare for the shrimp boil our dockmates had planned for the evening.

We had been reluctant to have our party on Labor Day weekend, thinking that the marina would be full of tourists getting in that last big weekend of the summer. But we were wrong! Gustav evidently kept them away… we had the place relatively to ourselves. We gathered for cocktails and threw some shrimps and stuff in the boiling pot and had a feast! 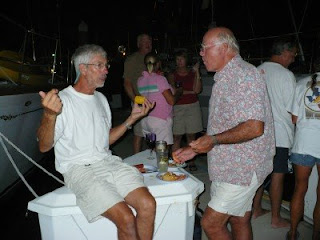 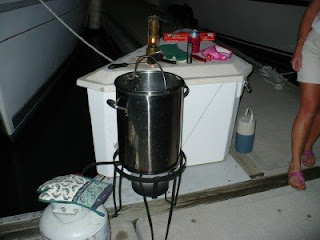 The best thing about this particular party was that in bringing people together, we were amazed at how everyone fit… each person there knew the others by some means. It was a resounding success! 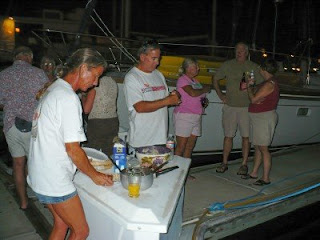