There was a moment many years ago when Bruce and I were still in the “Dreaming” stage of our Cruising Plans… We used to get up early on weekends when I was still working and if we weren’t at the boat… we would take our coffee to the beach.  Sometimes I would go in my jammies!  Anyway, I remember one such morning when we were walking the beach and I asked Bruce if he thought we would ever tire of beaches…

Well, we’re still asking ourselves that same question.  And so far, the answer is NO!


We have passed by some prime snorkeling spots without ever dipping our toes into the water.  And I’m sure I will regret that someday…

Anyway… what is it with this “Beach Heaven and Bucket List” of which I speak?  After a late afternoon arrival to Pond Bay, we stayed onboard, but I extracted a promise from Bruce that he would take me to that beach in the morning!!! 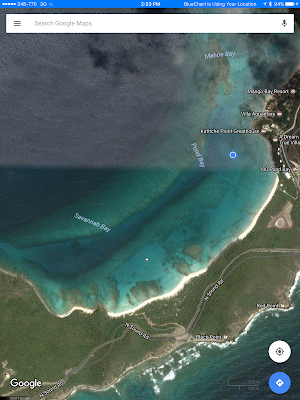 Where is Pond Bay?  Well it is actually practically a part of Savannah Bay.  Yes, the Savannah Bay that has been on my Bucket List since I first laid eyes upon it from the roadside scenic outlook above it… many years ago… We finally got to check it off the Bucket List… and then just motored on past it!

We dropped anchor in nearby Pond Bay… in about 15 ft of water over sand, and easily set the hook.  There were several boats over there in Savannah Bay but only three others here on this end.  I chose a spot as far to the north end as I could get after reading that there would be less swell here.


The boats behind the protective reef further south were rolling quite a bit, but we felt much less of it here behind a more robust part of the reef.  In fact, there were breaking waves just behind our boat which allowed only a bit of swell in to get us.  Let’s hope that decreases in the night instead of the opposite…

As usual, we had a nice dinner and watched Nature’s magnificent display as the sun sank behind the islands.  Bruce chatted with his brother in Kansas… it’s so nice to have T-Mobile here in this random anchorage in the BVI.
Being a man of his word, the next morning Bruce dutifully pumped up the kayak… which triggered the obligatory squalls.. We are scouting for a market for our rain-producing talents.  We have an uncanny knack for making it rain!  Undaunted and with the clouds barely parting and the winds still gusting we plopped the kayak into the water and beat feet, er paddles… to the beach! 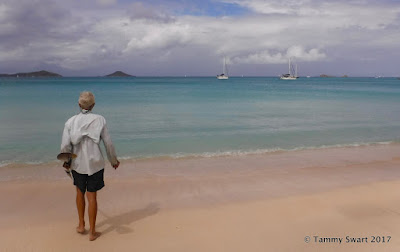 Waves of no significant size carried us the final half dozen feet or so as we bailed over the side and struggled to keep from being toppled in the break.  We lifted our little kayak up and deposited it securely above the high tide line and commenced to exploring this deserted stretch. 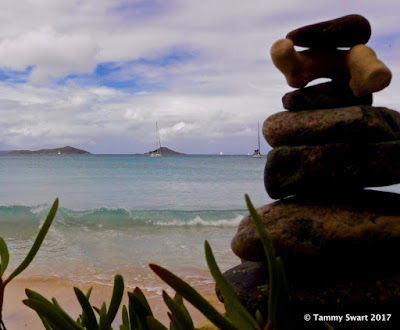 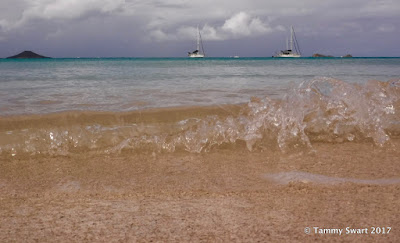 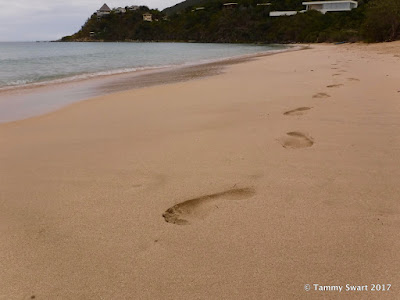 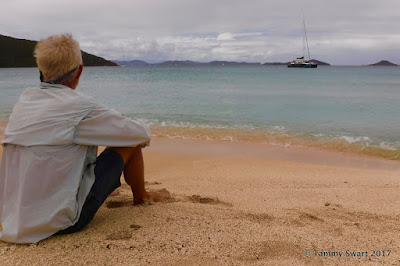 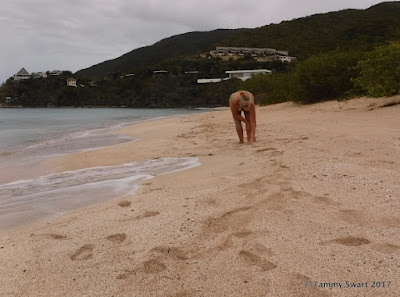 I have broken my vow to collect no shells… There are just so many strange and unusual shells here and I’ve got a limpet shell collection going to some-day be made into… something.  I amused myself for some time scouring the tide-line for beauties. 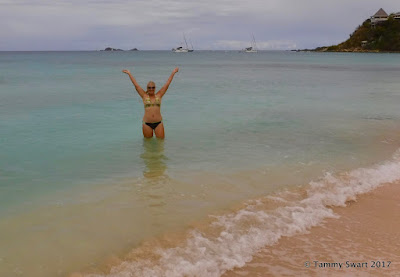 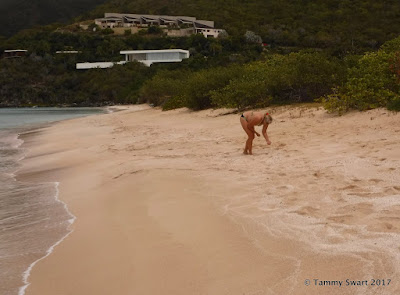 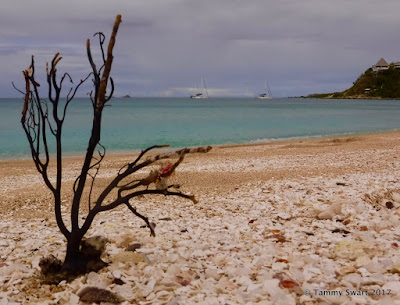 Once Bruce’s pockets were full of shells, I had to find alternate entertainment.  My camera in hand, I played with the waves and a tiny sea-fan skeleton that I rescued and immortalized. 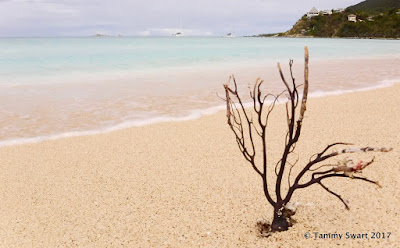 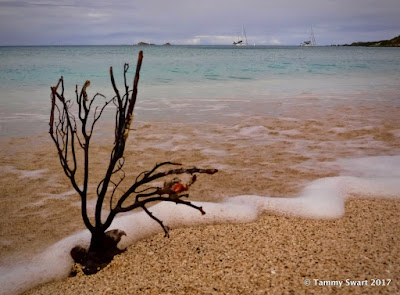 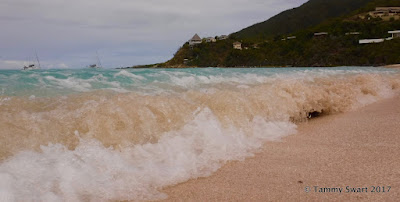 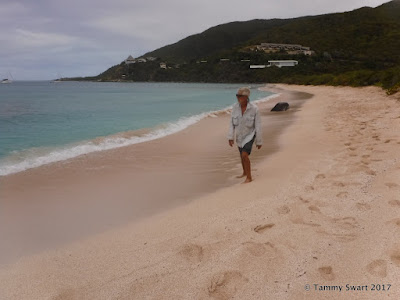 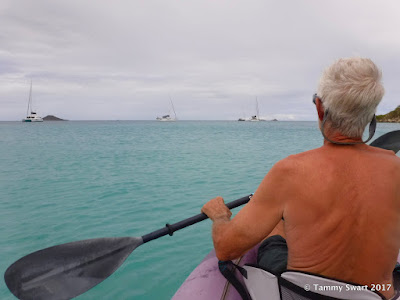 There is nothing that a day at the beach will not fix.  Our happiest times are the unplanned snippets like these. And this beach, with nobody around but the two of us… Just us…. was Beach Heaven! 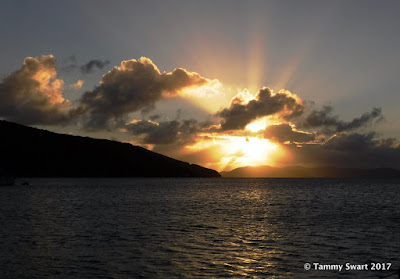 Words can’t describe the high we’re on as we enjoyed yet another sinking sun and beauty so profound it reminds us once again, how fortunate we are.  While the world back home is rocked by multiple daily bombshells…figurative for now… we’re just out here ticking things off the Bucket List in Beach Heaven!