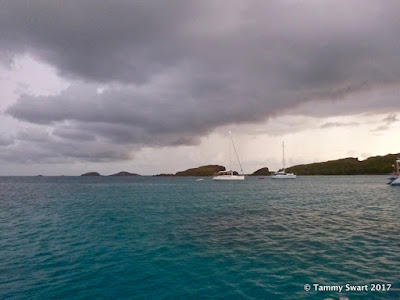 Our only good day for making the slog from Culebrita to St. Thomas was today.  We were ready.  We were more than ready!  Our fourth year Cruising Season has officially begun! 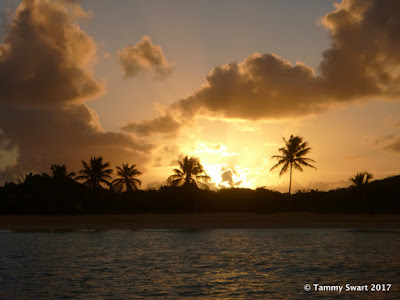 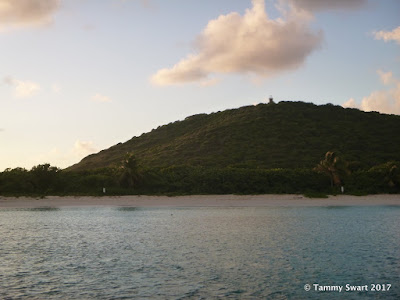 No need to hurry off… we chose a more civilized 9am departure time.  We had a leisurely morning doing all the things it takes to get the boat ready for a bouncy sail.  Leaving the anchorage was a little less raucous than it had been coming in… we took that as a good sign. 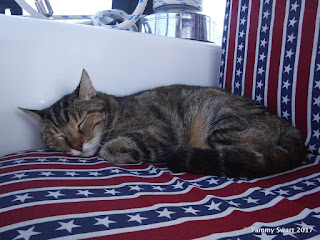 Jezabelle settled in the cockpit with an irritated look on her face, but after the rolling we’ve had for the past 24 hours, it made little difference to her if we were under way or not.  She was a trouper and didn’t even get seasick this trip!  Yay! 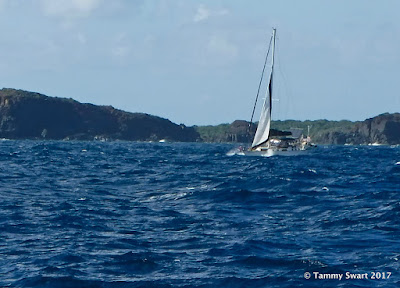 Adventure Us 2 had some trouble with their mainsail and ended up motorsailing with jib alone.  We had a conservative sail plan with double reefed main and the small staysail… It was plenty to steady the boat in the waves and provide us a comfortable ride… just not a very fast one. 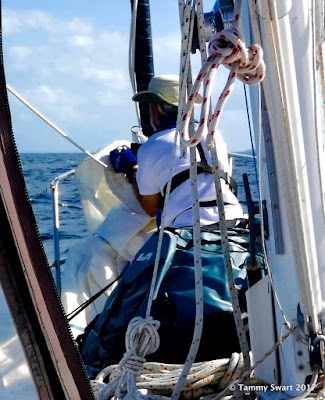 The route between Culebrita and St. Thomas has never been an easy one.  The current, wind and waves are against us once again and we were forced to abandon our lofty ideas of doing it on sail power alone… we motorsailed as well. 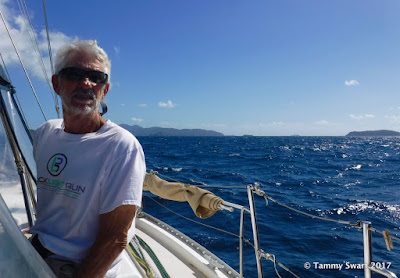 There are some NE swells and ESE wind driven waives that converge near the western end of St. Thomas that provide us with a short period of confused seas, but soon we were in the lee of the big island and looking for our intended stopping place, Mermaid’s Chair. 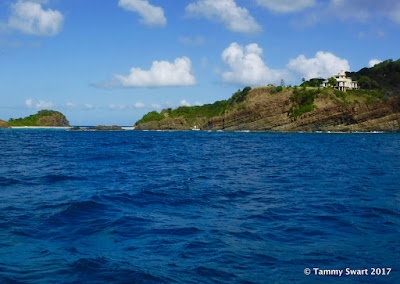 I don’t know anyone who has ever anchored there, but it looked like a neat place to stop briefly before making way to Lindberg Bay where we planned to spend a couple of nights.  As we approached Mermaid’s Chair, I was disappointed to see that the waves curved around onshore making it look very uninviting… so we passed it by and continued on. 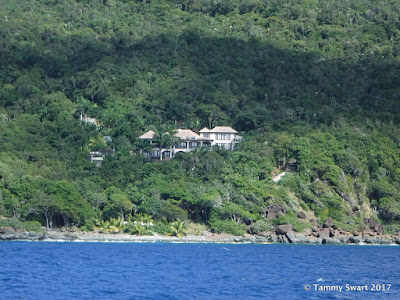 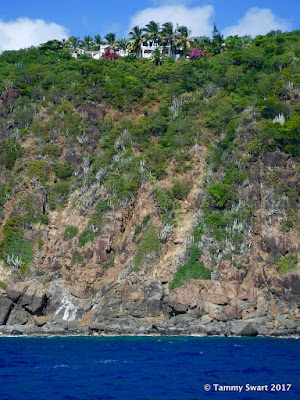 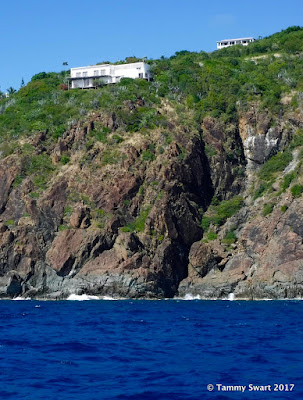 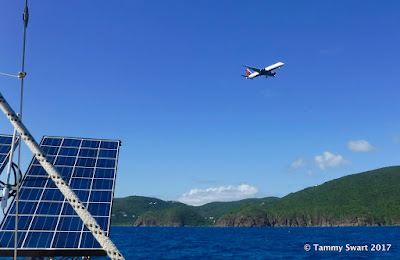 Lindberg Bay was a little more rolly than I had hoped, but not as bad as Culebrita… so there’s that.  We found a spot in sand near the eastern side of the cove and dropped anchor with Adventure Us 2 right behind us.  We were exhausted.  Bruce had done a great job of managing the sails all day while I sailed the boat.  And yes, I did sail a good portion of it opting to disengage the autopilot to try my hand at making a more comfortable ride while keeping up speed with the many big waves that knocked us down to 2 knots…even with the engine running! 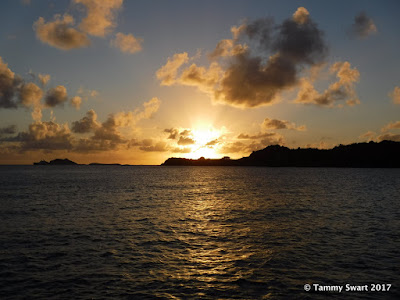 It had been a really fun day for us, but it wore us out!  Tomorrow we would meet up with our friends and explore the cove a bit. Finding our routine again takes a while.  We’ve been stationary, or nearly so, for so long we’ve forgotten how to Cruise!  We had some chores to attend to which could not wait.  I put a load of laundry on to soak in a bucket in the tub while we cleaned the funk out of the bottom of the fridge…  I cleaned the catbox and the forward head (bathroom) while Bruce got the dinghy ready to go. 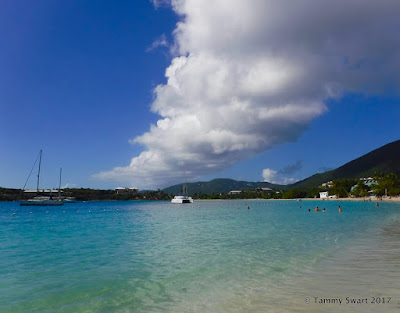 We met up with AU2 and went ashore for a nice lunch at the hotel beach bar before taking a walk along the beach.  It’s a beautiful beach right by the airport with not much ashore, so we returned to the boats to finish our chores. 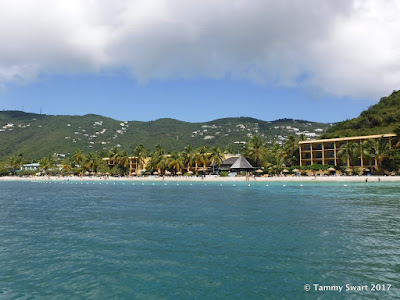 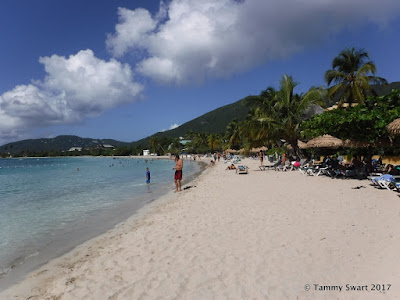 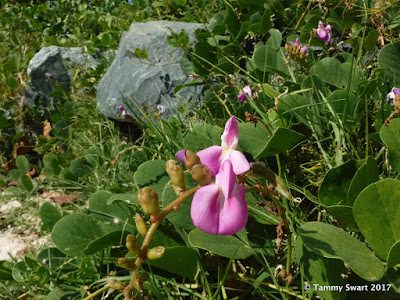 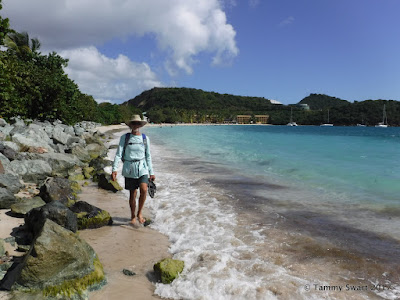 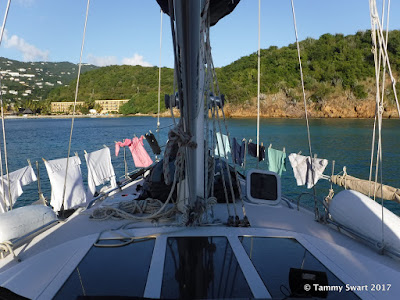 We hung out the laundry and made water…getting back into the groove… just another day in paradise! 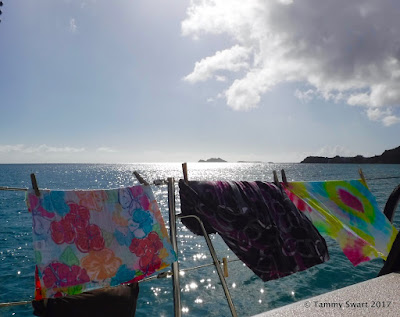 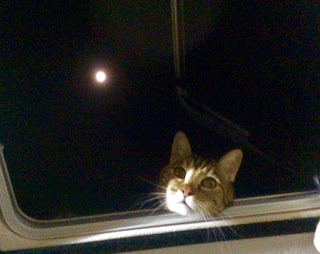