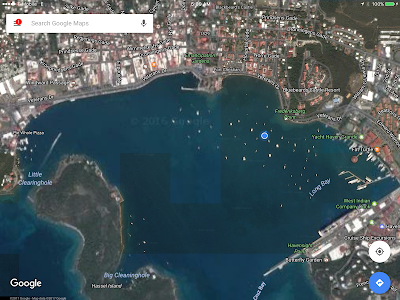 While the US was blasted with frigid temps and record snows… we were not beyond the reach of what would hopefully be the last major cold front of the season.  Our choice of refuge?  Long Bay, Charlotte Amalie, USVI.

The harbour is well protected from all but the south, and even then it’s not completely open.  The hills provide a daunting deterrent for the North Winds.  We arrived in Long Bay and set our anchor as near the north-eastern shore as we could get without subjecting ourselves to breathing a constant stream of traffic fumes.

Things weren’t bad for the first couple of days.  We were able to get off the boat and explore this beautiful place.  There’s hiking and history and groceries!  But then the winds came.  It was eerie lying in bed at night with the waters near flat calm… then the sound.  At first it was far away, like a distant freight train.  I remember wondering if this was what a tornado sounded like…

The sound grew and I imagined a huge fireball thrown by the gods!  Right at our heads!!!  Suddenly the boat would tilt violently to starboard… then struggle to right herself... and veer off to port… Then it would be gone.  Flat.  Calm.  For some indeterminate amount of time.  For three days.

The first two days were like “snow days”.  We let ourselves off the hook with a free pass.  We sat around and read books… I delved into the hundreds of Kindle books I’ve been hoarding all summer…  Let’s just say that it’s a good thing some of them were free… and leave it at that. 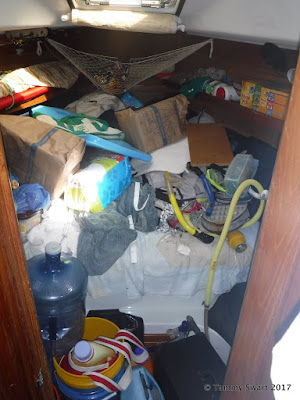 I cooked.  We ate.  By the third day we were feeling the effects of this forced inactivity to the point that we voluntarily cleaned out the v-berth.  Normally this is reserved for the impending arrival of visitors… but we were that bored!

Finally on the fourth day, even though the winds were still very gusty and erratic, we decided that our anchor would indeed hold the boat and we broke our self-imposed incarceration for a grocery run!  Once we broke free, we spent the next four days running the island, doing laundry and provisioning.

St. Thomas has a lot to offer and we barely scratched the surface.  It was the perfect choice for sheltering from a wayward Norther’.  Sticking to my New Year’s Resolution to post shorter stories, please enjoy the rest in pictures. 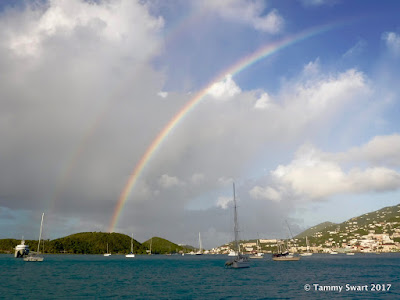 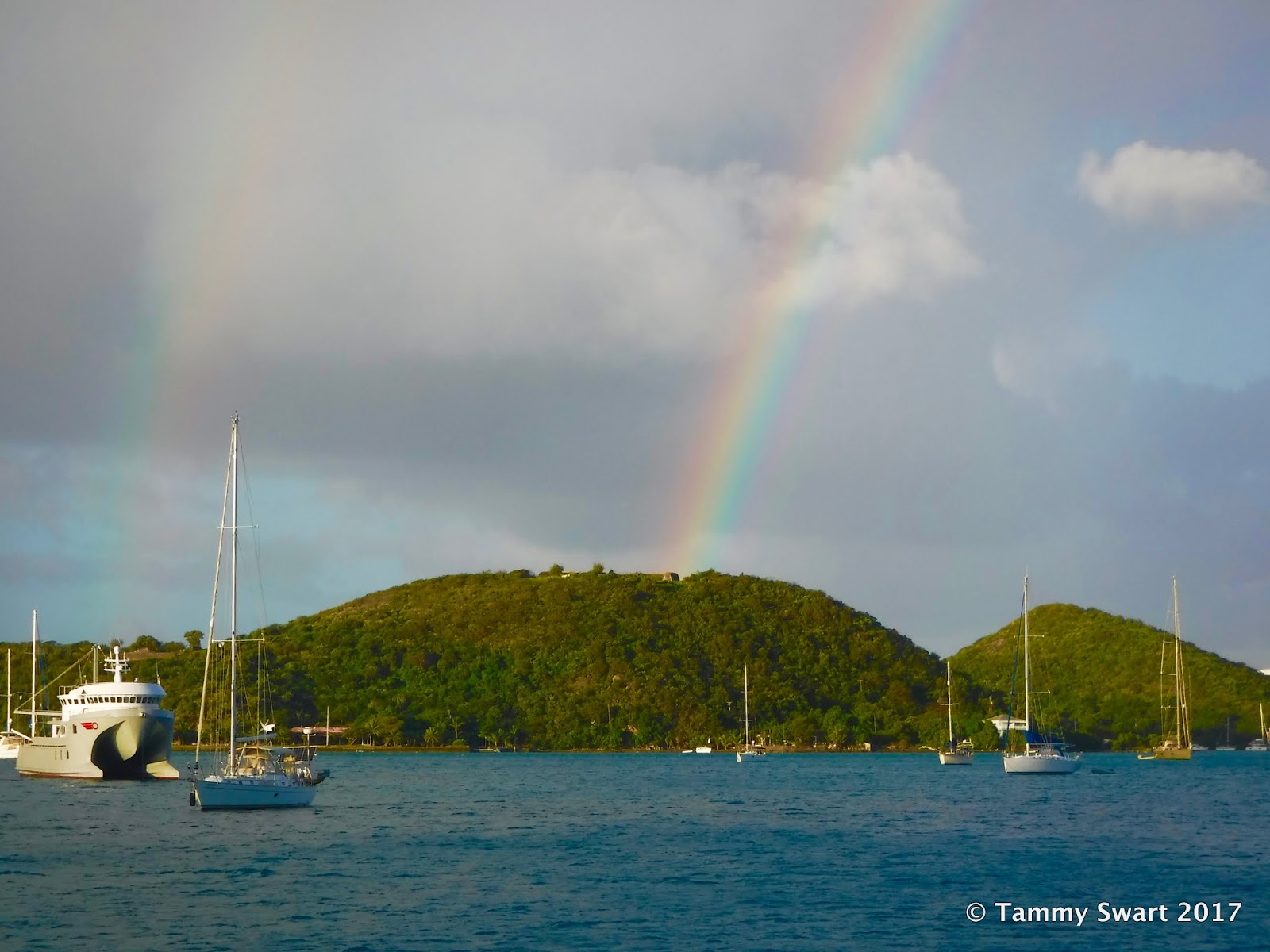 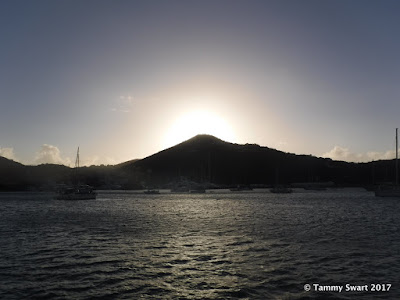 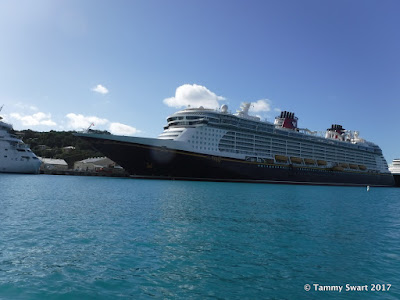