Perfect Day for a Paddle 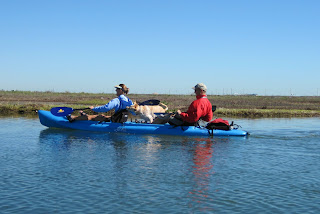 We got up today and had absolutely nothing on our agenda that we HAD to do... but the day wide open for things we WANTED to do. This is a rare occurrence these days and we took full advantage. Bruce called up Steve and Jacque to see if they wanted to kayak around someplace. Of course, they were in. 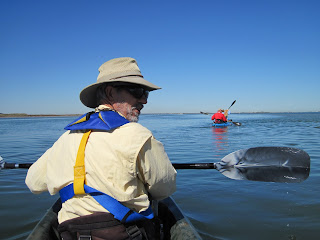 Steve picked Packery Channel Park just over the bridge on the island since the tide was high. It was very easy to put in there. The current wasn't running too fast but we set out up current and upwind. 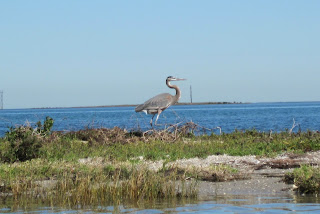 We paddled along and stealthily crept up on all the creatures along the channel. This great blue heron decided to take a casual stroll as we went by. 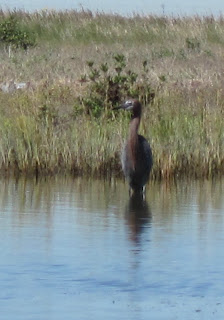 We were lucky enough to catch these Red Crested Night Heron out late (for them). 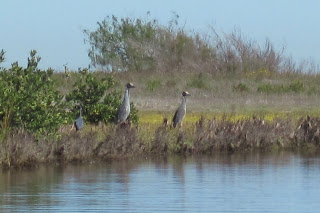 Steve says they're nocturnal. Oh well... I guess they've gotta be somewhere. Hiding in the marshy areas away from civilization looks like it's the place for them to be! 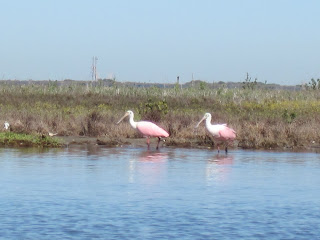 Always my favorites as we don't have flamingos... the Roseate Spoonbill. We caught these beauties spooning up the mud along the shore. I've never been this close to them before. They were just breathtaking. 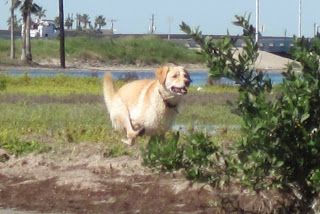 We just paddled around enjoying the warm sun and the cool day... watching Sandy literally bound and leap along as we glided after her. There's just something so joyful about watching a pup play. She was having a blast! 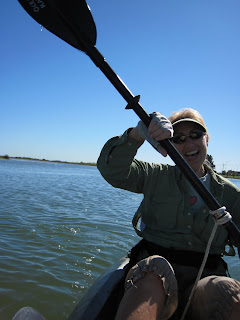 I got soaked since I always insist on the back position in the kayak. The person in back controls where the boat goes... so with my control issues, it's the only place for me. Bruce is as indulgent as always. 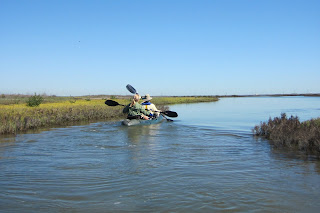 We took off on one tangent to see where it lead. It lead to nowhere so we turned back around to head for the barn. There were a lot of fish scattering before us and I'm sure Bruce was wishing for a rod and tackle. This was not to be. 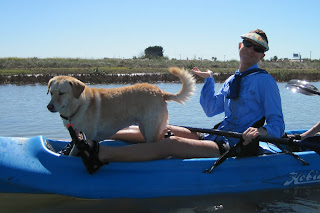 We had such a lovely day out communing with nature, chatting with good friends, and watching Sandy play. There are some drawbacks however... She likes to get back into the kayak after all of this pouncing through the mud. We were all drenched and muddied by the time it was over. But somehow, that just made it all the more fun...