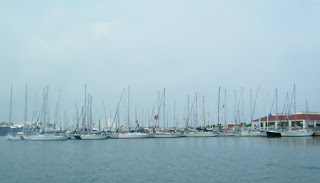 Saturday morning Bruce and I left Elan to go meet up with Mark and Brenda on Sea Flight for the sail back to their slip in Corpus Christi. The marina was full of boats rafted up 3 deep with boats still trickling in from offshore. We were glad we weren't them! 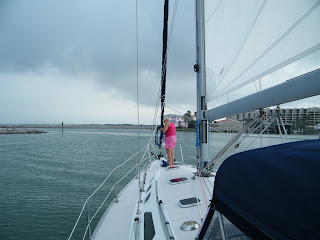 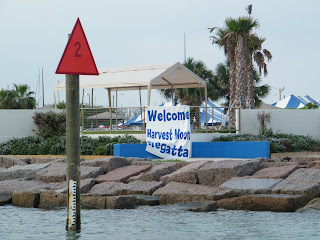 We left the marina behind to return later in the evening for the Regatta Party. 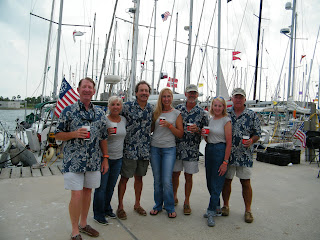 Bruce and I made a hasty exit at the dock to try to squeeze in a nap, but that wasn't to be. We barely had time to get home, shower, dress and drive back out to the Marina. Brenda had presented the entire crew with matching shirts. We were stylin'. 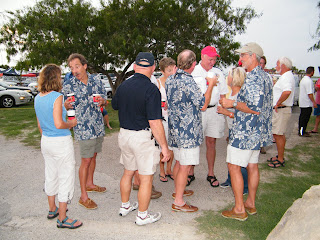 Cathy came with Robert, it was good to see her again. We've all been so busy this summer it's hard to keep up with friends. 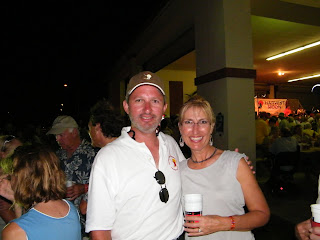 We all had little interest in the awards as there was no chance of us receiving one.. but we had a good time visiting with friends and cheering for those boats we know that placed. A good time was had by all... complements of Bacardi! Drink Responsibly...