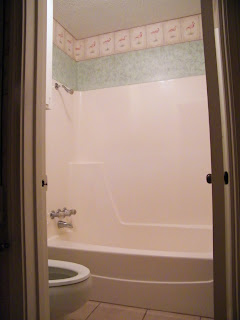 Months ago, we discovered a leak under my bathtub. Long story short... by the time we discovered that the leak could be repaired simply and inexpensively... I had already ordered the parts to completely replace not only my own bathtub... but Bruce's as well. If you know me, you know that's how I operate. Poor Bruce had no chance. 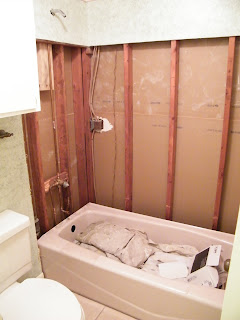 So once all the parts arrived and were safely stacked in our garage, the contractor tore into it. He cut the molded shower walls and tub out taking the actual wall behind it as well. Then he plopped my new PINK cast iron bathtub down in it's place. 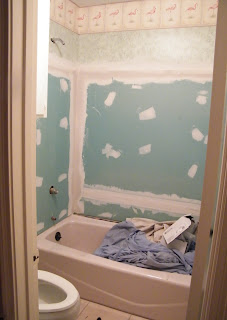 Now realize, this took several weeks to do, as I assume all contracting jobs do. Each day I would come and find nothing done, or something done. Next came the walls. They had to replace the walls that would be behind the new marble shower stall before the guys could even come out to measure for them.
The next problem was discovered when the marble guys came out. In order for the new tub's plumming holes to line up with the old ones, the tub had to be set out from the wall two inches. So, that's how the contractor did it. The marble guy said,"no..." It can't be that way. So the next thing was for the contractor to come back and build a faux wall (which, by the way... covered the border that I can not replace making it necessary for me to remove ALL of the border and start over!) 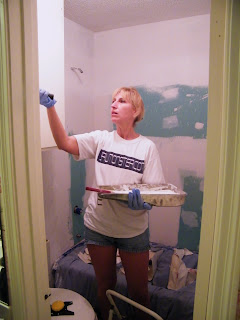 And so I did. I was uninspired about what color to paint, so I chose to use the same color as I used in my spare bedroom, which I love. I spend all of one Sunday painting and drying. It made me feel like I had been run over by a truck. 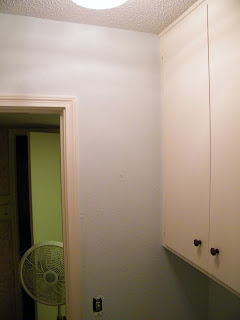 Thank goodness the room is small! 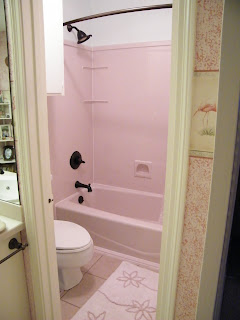 The marble was scheduled to come in the following Monday, and the stars must be alligned for me, because it DID! When I got home that Monday, the walls were in! The next day, the fixtures appeared! Now my dilema is that it could prove difficult to find towels and things to go in there that will bring these colors together. But it will be fun shopping!
Next... on to Bruce's bathroom. It will be a walk in shower and I can't wait to see it. Oh, and by the way, the only reason that I was allowed to have a PINK bathroom is that Bruce has a "manly" bathroom of his own.