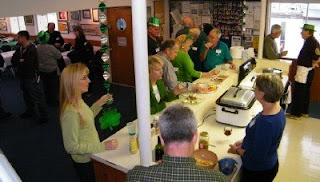 Saturday was a lost day. We got up late and took a long nap. Nothing got done until time to get ready for the next round of festivities at BYC... the annual St. Patrick's Day Social. We had a hard time finding something green for Bruce to wear and I ended up in my jammie top. Oh well... 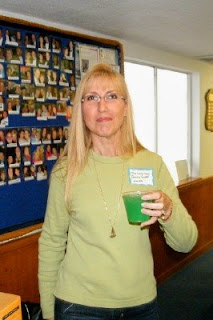 I prepared myself with a concoction out of one of my bar books called a "Green Eyes"... I considered this an appropriately Irish cocktail... who cared if it tasted somewhat like mouthwash!?! 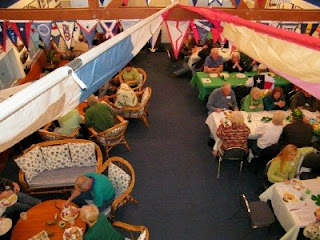 The dinner was corned beef and cabbage. It was very good. I don't know how to make corned beef so it is always fun to sample other people's specialties. The turnout was great considering that the weather was not so great.

After dinner, there was the usual introduction of guests and announcement of upcoming events. It was also an induction of new members... namely Bruce and I! Yea! We're finally card carrying, burgee waving members of the BYC... complete with our own permanent name tags! Woo Woo! These treasures were presented by our Commodore, Walt. I'm so glad the waiting is over... the uncertainty was killing me. 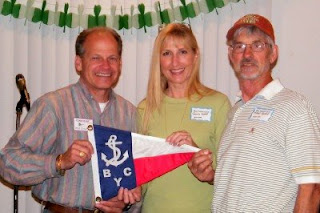 After the presentation, the party broke up into little cliques. There was a sing-along. After the first song or two, we made our way upstairs where we could hear ourselves think. It wasn't long before others joined us and the crowd downstairs faded away. We found out that there were three other couples from the yacht club chartering a boat in the BVI's the second week we will be there. How cool is that? We're lobbying for a flotilla but it may be too late to get flights there at this late date. We all had a great time and closed the place down. That's two nights in a row! What will my kids think? 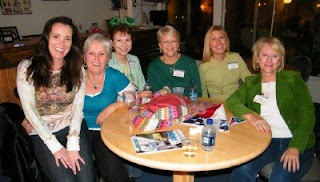