Back when I was living vicariously through so many Bloggers, I used to get a kick out of seeing them meet one another in real life.  For some reason that remains a huge deal to me as it is now Dos Libras who is meeting up with people we have followed for so long... Today it is Summertime Rolls!

Brian and Rebecca are younger and maybe a little more intrepid than we are in many ways.  They are cruising part time, leaving their boat in the islands during hurricane season to go back to the the states for work to replenish the cruising kitty.

Their time on the boat is spent "living" in whatever country they happen to have stopped.  I like how they really get to know the places and people before moving on to the next spot.  They have traveled extensively off the boat and have no problem just jumping right in.  Take public transportation for example... 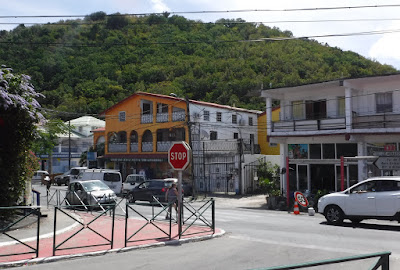 Bruce and I might have gone a long time before we got up the nerve to just hop onto a public "bus" for a ride to another town.  So when Rebecca invited us to go with them for lunch in nearby Grand Case, we were delighted to tag along!

We followed them through the streets of Marigot until we reached a bus stop, then piled in with the locals.  We had no idea how or when to get off the bus... but a nice woman took pity upon us and helped us figure it out.  Again we were thankful for people who spoke English! 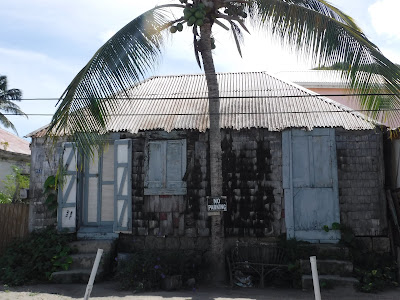 Brian and Rebecca had honeymooned in Grand Case many years ago, so they had been here before, but you know how things change...  The town was a little bit more "grown up" but still remained a tiny coastal town.

One street off the beach we found wall to wall shops and restaurants.  I wondered how they make it in this little place... but soon found that it is one of the Must-Do stops on the island. 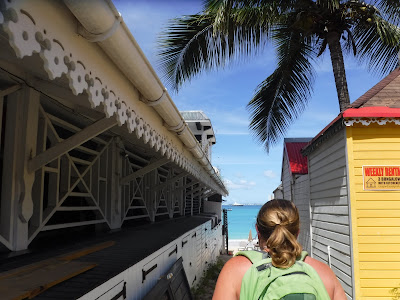 After walking the streets a bit looking for a restaurant they remembered... we decided to cut through to the beach.  Much better! 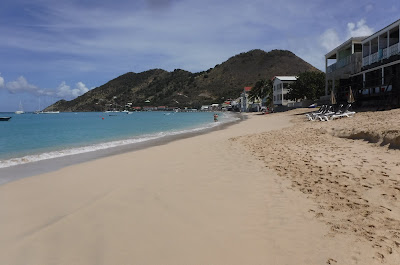 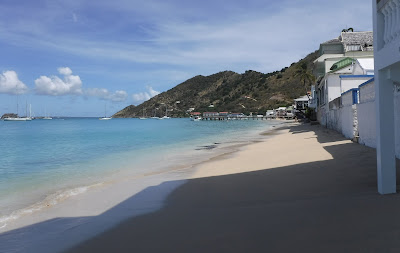 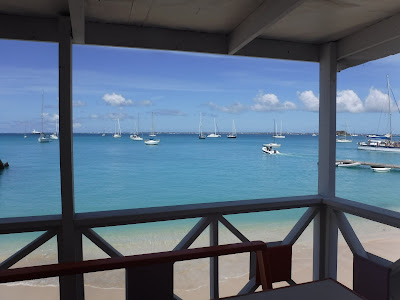 We found Lolo's and took our seats, the best in the house!  Not saying much... but the view is stunning!

I'm not saying that Brian and Rebecca are a bad influence... but I will say that during our three hour lunch... Bruce and I had no less than three "beverages" each... Not something we normally do and especially not at LUNCH!  But it was a late lunch and probably would end up being our dinner... so I'm rationalising it away like that...

We had fun getting to know these two New Yorkers!

Finally we moved on back to the street to look for the bus that would take us back to Marigot... 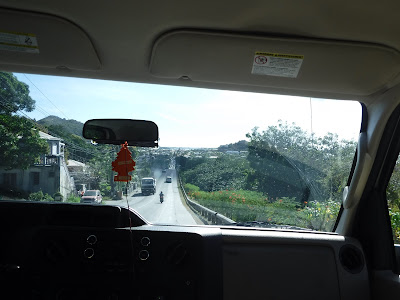 We found a taxi before we found the bus, and for $8 per person they took us back to Marigot and dropped us off at the grocery store, the Super U!

Huge thanks to Brian and Rebecca for giving us a jump-start in getting around the island.  It would have taken us days (or longer) to get up the nerve to roam as far as you took us today!


It's always good to have another cruiser to show you the ropes!

I've gotta tell you, plunking yourself down in a new country, that speaks another language, can be very intimidating.

But once someone shows you around a little bit, it's a whole lot easier to explore on your own... 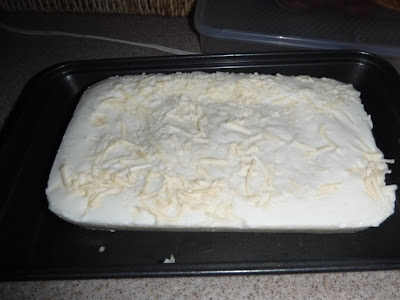 It's fun navigating through a foreign grocery store.  You have almost no brand name recognition... you have no idea which brands are good and which are not...  Some foods are completely unknown and it's fun to take a chance on something new...  And sometimes it isn't!  I wish someone had told us that this frozen readymade lasagna wasn't going to be good...  I guess we should have known... $1.75 US

I think it is the equivalent of French Chef Boy-R-Dee!  Oh well... c'est la vie!