Full Moon Party And Other Stuff 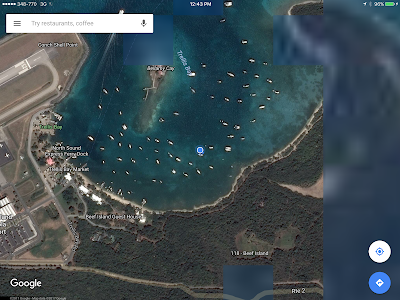 So, here we are in Trellis Bay again waiting patiently for the Famous Full Moon Party.  You might think that returning here for a period of forced inactivity would be a bad thing… but not so.  It is nice to relax and know that you have a couple of days to kill in familiar surroundings…

But it almost didn’t happen!  We got here mid morning thinking that maybe the crowd would be mostly charter boats that wouldn’t have an extra day to spend in one spot… But unfortunately we were wrong.  There were already boats anchored in our previous spot and so we motored slowly around through the mooring field looking for a spot. 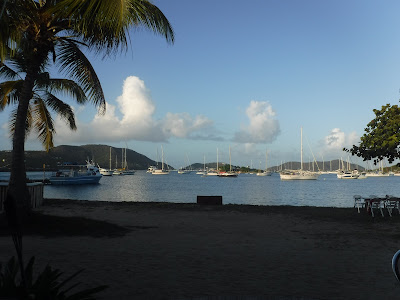 Bruce and I were ready to give up and return to Long Bay when Adventure US 2 took a mooring ball.  We didn’t want to see this party badly enough to spend money on a mooring and were just about to leave when Michael hailed us on the VHF to say that there was room in front or their boat in shallow water.  We investigated and found a nice spot with 8 ft in which we wouldn’t need to put out much scope… we would JUST fit with swing room. 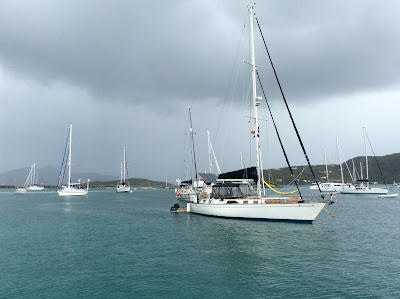 Anchor down, we sat and watched the changing wind that moved us from one side to the other.  Finally we felt comfortable and went out to check our anchor… set!  And we were off to shore to have some lunch!

The following day was ours.  We delved into an emerging issue with our 12 volt system to see if we could identify the source of our problem… corrosion or poor connection… we hope.


Bruce started the job but when it comes down to working among the small wires, unscrewing tiny screws in tight spaces and replacing questionable connectors… I get the tap.  My longer, thinner and more nimble fingers get me the position of head electrician… or at least it gives Bruce the chance to be the “brain” to my “brawn”. 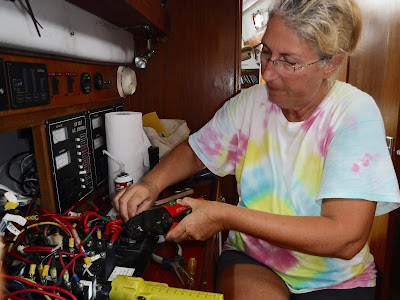 We messed with that all morning and made some headway until we found a connector needed but not in stock…  Well, that’s a wrap for today! 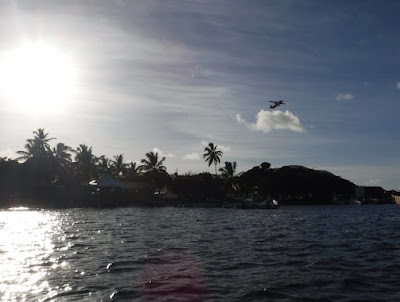 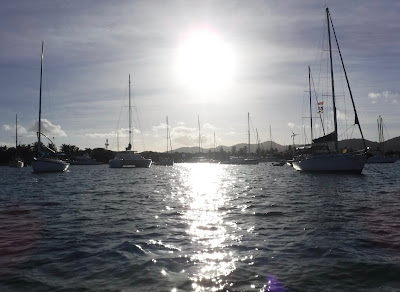 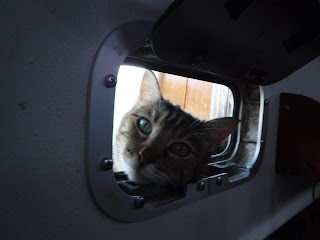 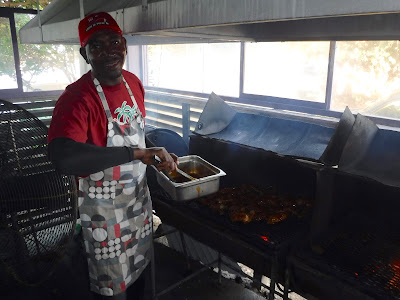 Next day was the BIG day!  We ordered our ribs from Trellis Bay Market in the morning then came back to the boat to relax and watch the boats arrive and look for their spot.  All thoughts that I was too close to another boat were forgotten as all sorts of boats big and small came in and dropped their hook in any available space.  It was high entertainment!

We showered and returned to shore at around 4:30-5:00 for the festivities!  This community really knows how to work the crowd… things begin at one end with food and live music, then gradually they move you down the beach to see one show after another… 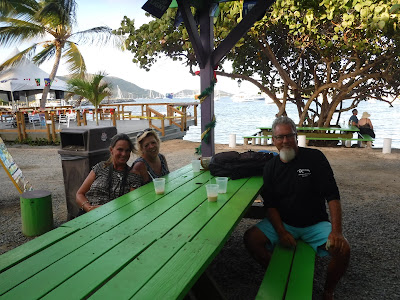 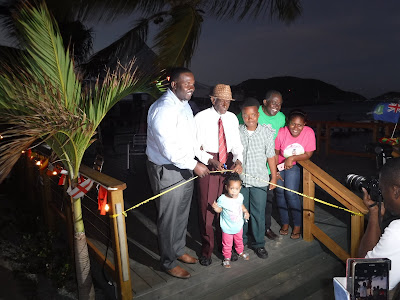 While we ate our ribs, reportedly the best and the most value in the Bay, we watched the ribbon cutting ceremony for a newly built deck in front of the Market.  The grandchildren of distant past island dignitaries were there for the honors.  We learned that before the BVI were developed for the tourist industry there had been a time when it was almost designated as a Bird Sanctuary!!!  What a loss that would have been to the sailing crowd!

We had our dinner and moved on to let others have our spot as by this time, the beach was steadily filling up.  Time to wander and watch the shows! 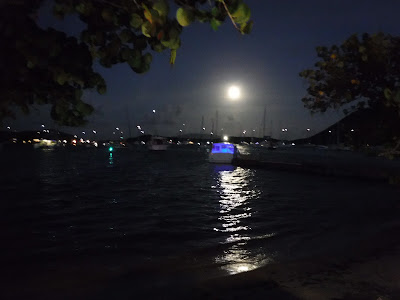 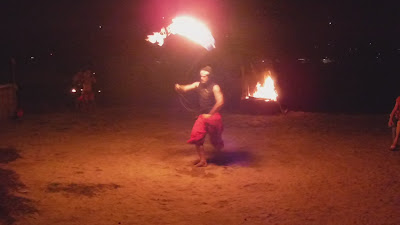 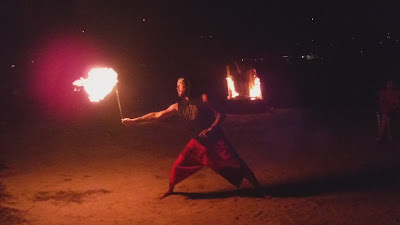 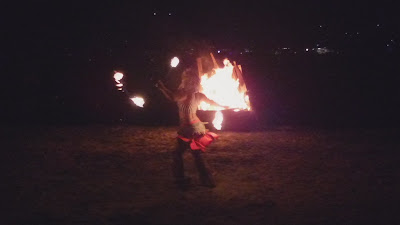 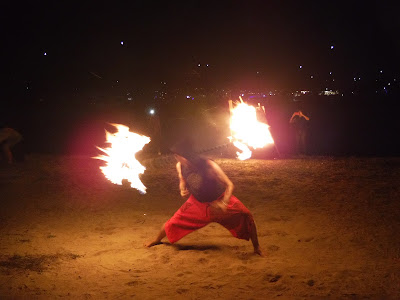 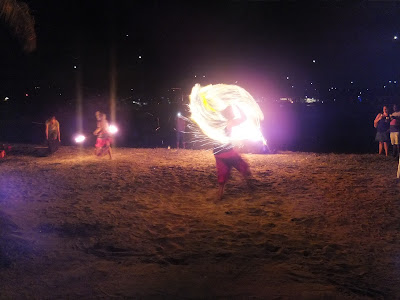 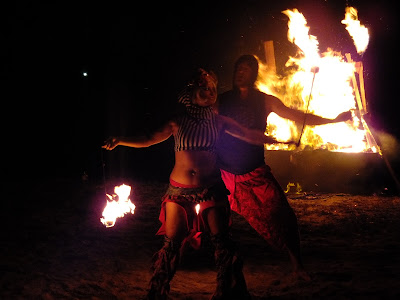 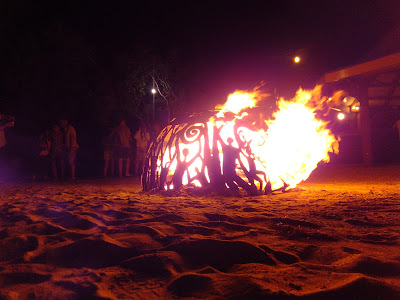 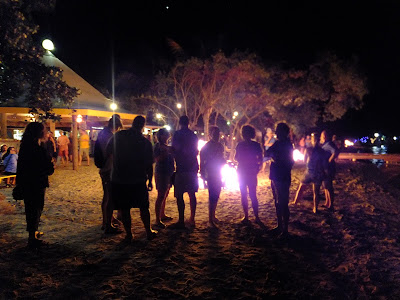 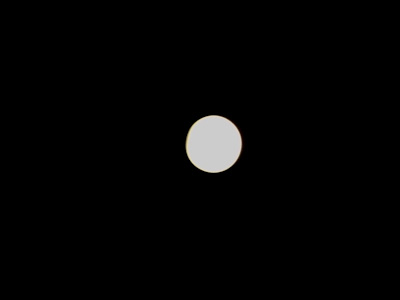 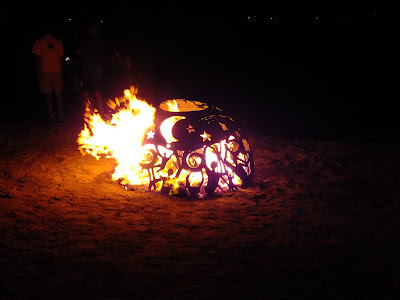 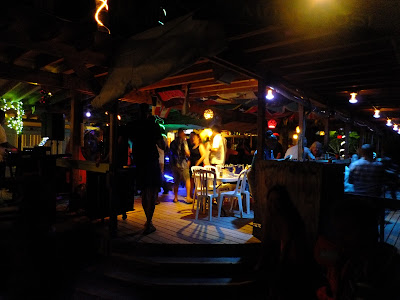 One of the perks of marrying an old guy is that you get to retire early and run off to the Caribbean to take part in full moon parties on beaches...

Another perk of marrying an old guy is that you get to run off to the boat early instead of waiting until the last of the festivities has died down...

So this was our first Full Moon Party for which Trellis Bay has become famous.  It was pretty laid back as parties go... but we enjoyed the food and the sights... and the short dinghy ride back to our floating home!

Check off another Bucket List item and carry on! 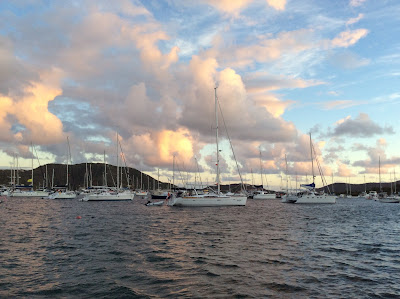 We spent one more day in Trellis bay... listening to the weather forecasts and waiting...  If the forecast for the Anegada Passage was good, we would cut our time here in the BVI short and dash to St. Martin.

We still had another ten days on our visa but Bruce was spending more and more time keeping our house batteries charged up.  We wanted to get to St. Martin to buy replacement batteries and to work on a whole list of other boat projects... And the weather window was slowly opening...

Our time in the BVI is over... We staged for departure anchored off of Prickly Pear Island in North Sound and cleared out with Customs & Immigration at Gun Creek...  Adventure US 2 scrambled to complete some last minute things and joined us literally just in time for a 3 pm departure on Valentines Day...  read on!