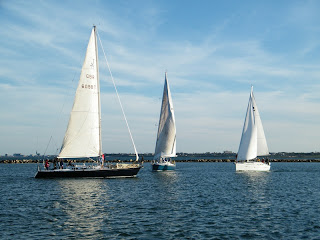 This week was our Committee Duty night. Bruce and I had help (actually they were more than help) from Steve and Jacquie. 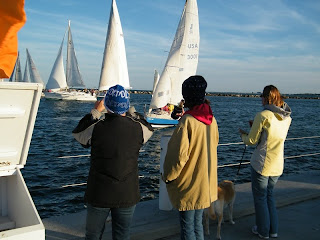 Several friends showed up to spectate as well as many random tourist types. 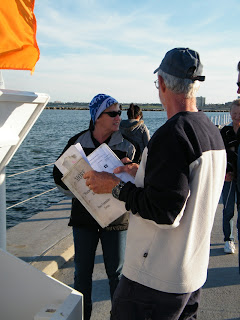 It was a beautiful evening. Kind of a bummer that we had to run the race instead of participating as racers. 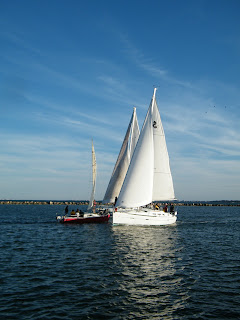 It's not so bad on those days that the winds are howling or it's really cold... but on nights like this, it's difficult. 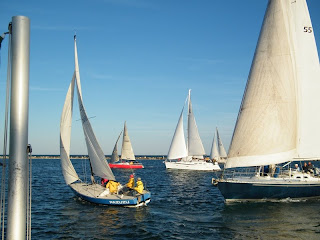 There were 11 boats out enjoying the evening sail. Good partici-pation! It's been a really cold winter and the
Wednesday night races have been poorly attended. 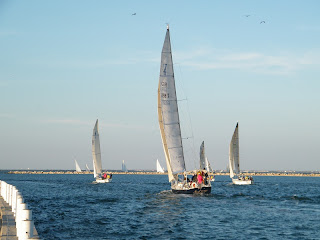 Maybe things are turning around! 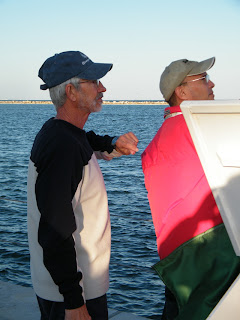 Steve ran the flags this time. He was serious about having no distractions to keep him from his routine. With Jacquie keeping track of the boats and what fleet they were in, I was left to my duties as the official photographer once again. 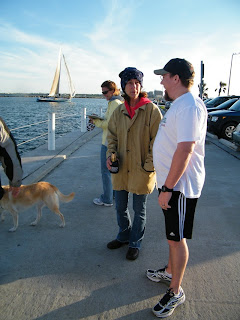 We were joined by Clay and Krystal. She said that she was free on Wednesday evenings this year and would be interested in doing the weekly races with us. Woo Hoo! 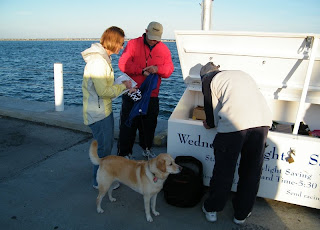 Once the boats were all on their way, we hung around for a bit chatting. 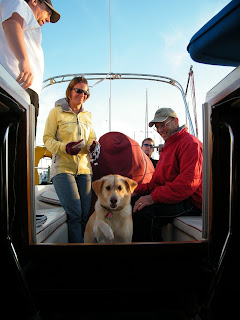 We decided to go to the boat for a beverage to wait for the racers to return. Sandy came along and had a great time exploring the boat. She's such a good baby dog.

After the sun went down, it got really cold again. We went back to the race start line to await the finish. The boats were relatively close together and there were no really late stragglers, thankfully. All in all, not such a bad "duty night". Spring is coming!