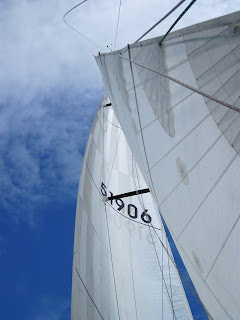 Bruce and I haven't done the Dennis Tor Regatta in years. It isn't one of the "biggies" as regattas go. But it looked like it would be a perfect weather day and we had crew. Jacquie, Steve... 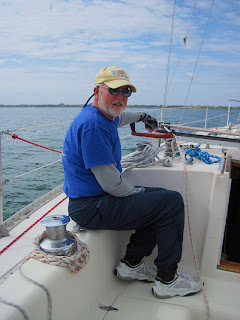 and Johnny joined us aboard Elan for the day. 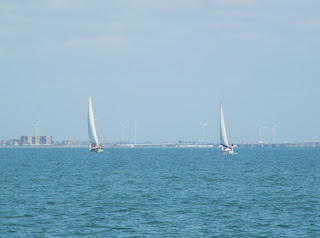 This regatta consisted of two races. There were two fleets, spinnaker and non-spinnaker divisions. We went non-spinnaker as we would have needed a few more crew members to fly the chute. These two boats are the rest of our fleet. 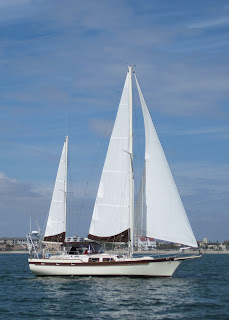 The start was a bit nerve wracking for me. It seemed that we would be right in this boat's way as we neared the mark. Imagine having this behemoth bearing down on you! 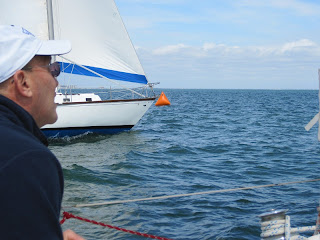 Just at the last minute, they tacked away and left us a straight shot at it. 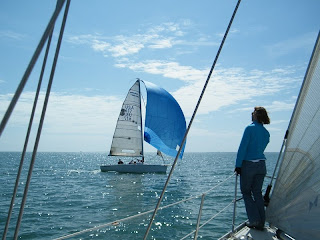 We had a different course from the spinnaker fleet and were able to come very close to them many times. It made for some great photo ops. 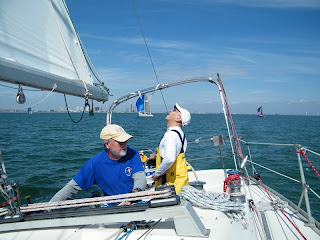 Of course, our crew (guys) were focused on getting every bit of speed out of our sails even though the others in our fleet were not near enough to us to make it exciting. 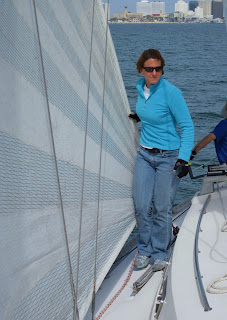 Jacquie was our foredeck person for the upwind leg. We were using the big Genoa and it needed some help getting around the shrouds during each tack to reduce drag. She did a wonderful job and by the second tack or so, we had it down. 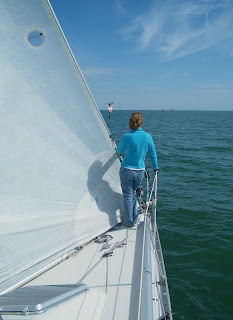 The bad thing about being so far from our competition that we don't have any idea how we're doing on the handicap until it's over. It's hard to remain focused when you can't see the result. Here we are coming up on marker #3 all alone. 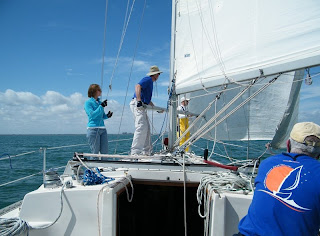 We had some differing opinions about just how to set the pole out for the downwind leg of the course. There were some minor snafus but it got up and we were off! 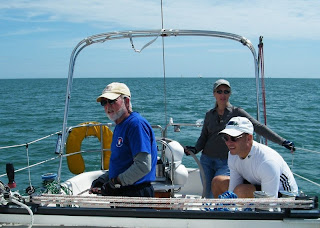 I usually get the helm on the downwind runs as that's when Bruce is on the foredeck working. He doesn't really like sailing downwind and I do, so it works for us. 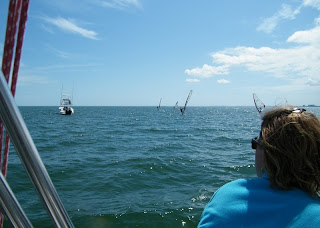 As we neared the finish line, we saw the windsurfer fleet jockeying for position at their start. I guess they only did one race. 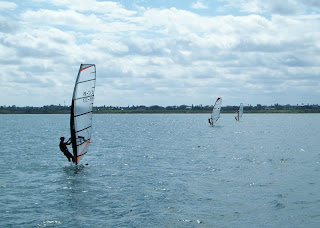 It was cool that they were invited to join the regatta. I love being out there where they are. I got some great shots! 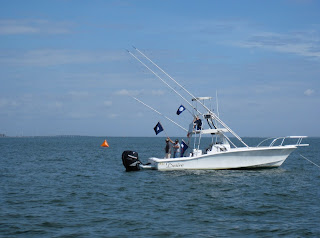 After the wind surfer's start and our finish, I went below to make some sandwiches for the crew. We thought we would have some time to kill waiting for the rest of the fleet to finish. 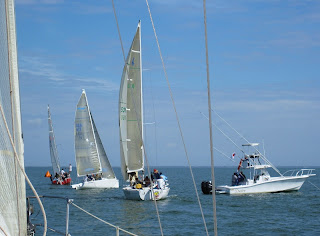 Before I could serve the lunch, it was done and they were starting the spinnaker fleet for their second race! Whoa! Wait! I must have lunch! 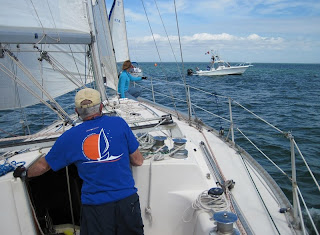 We stuffed some sandwiches into our mouths while scrambling to get the head sail back up for our start. 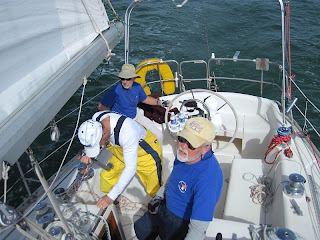 We had a good start anyway and we were off and running again.

This course was a bit longer with more marks to round. But, the day was beautiful and nearly warm. The crew kept having to take clothing layers off and put them on again. I thought the pictures would look like it took days because people would be wearing different clothes throughout the race. 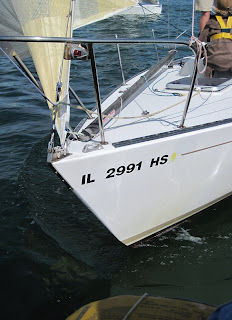 We had a bit of excitement when one of the spinnaker fleet boats barely missed us in a tack. I'm still not sure what happened here but Jacquie was having flash backs from a collision aboard Cute Shoes. Bruce was at the stern prepared to fend off if needed, but it was not necessary. 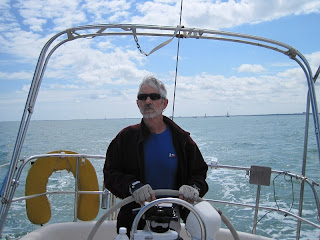 No worries, back to tweaking sails. Bruce was a happy guy! 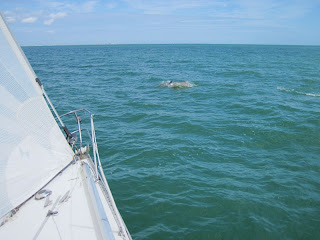 We had a pod of dolphin milling around near one of the marks. The water was very clear and we could see them swimming along under the surface. They didn't hang with us too long though. 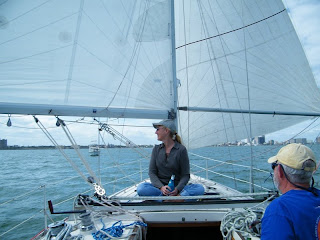 Before I knew it, the end was in sight. We were all relaxed and happy with the day's progress. It's a change to sail in daylight these days. We had already begun to celebrate before we even crossed the finish line. Once back in the slip, the crew got to work folding sails and putting things back in order. What a great bunch. There was an awards presentation at the CCYC. We found a place in the sun to wait for the announcements.

We had won first place in both races and took home a big bottle of Nicaraguan rum. It was a great day and we are all so glad that the weather is finally going our way. 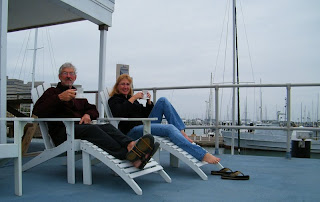 Bruce and I spent the night at the boat and had dinner at BYC. We didn't stay up too late. We had a lovely morning sitting on the BYC deck with our coffee then spent the day doing errands and chores and relaxing.