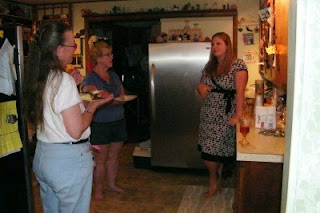 Every other year Bruce and I go on a road trip to Kansas to attend the Swart Family Reunion. It happens every year but the whole family tries to make it at least every other year. So far, I've been 3 times and all of his siblings have been in attendance. I think I'm finally getting their names all down. 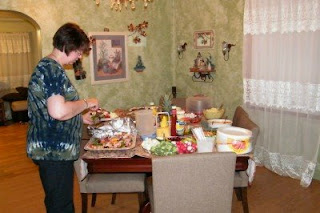 This year we took Melissa with us. Since she's a teacher, she's free in the summers and I wanted her to meet the family. First on the agenda was a get-together on the 3rd at Bruce's brother, Patrick's house. It was a celebration for his and his wife, Camillia's 25th wedding anniversary. They cooked a vast spread of burgers and all of the fixin's. It was very relaxed and informal. The family made Melissa very welcome and she fits in with all crowds. 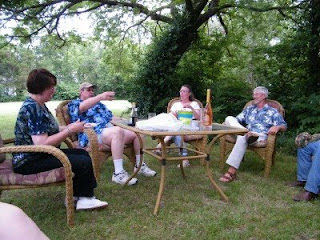 We all sat out in the big back yard listening to music and talking. 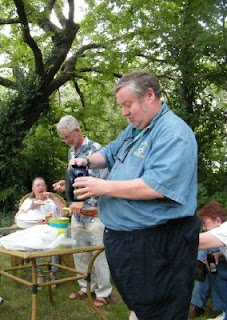 Brother-in-law, Vinnie, who is married to Bruce's sister Anita, is a character. He has the reputation for being gabbie. 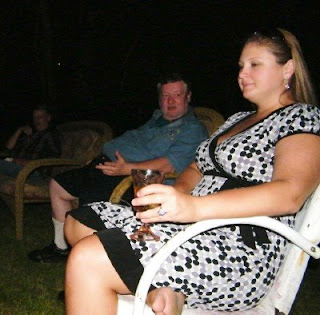 We had warned Melissa that if she got cornered, we weren't saving her. This was no idle threat. She found herself next to Vince and I've gotta give it to her... she gave it a valiant try... but he talked her down! The girl was no match for Vinnie! 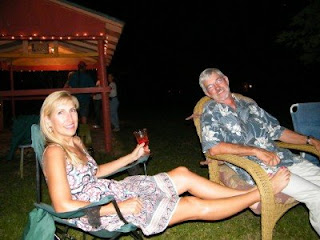 Now Vince is really very nice. He just seems to have a need to tell everything he knows whenever he gets the chance. For a while, this is entertaining. After too long though, it can be... shall we say "trying". Bruce and I were just happy to be spared. 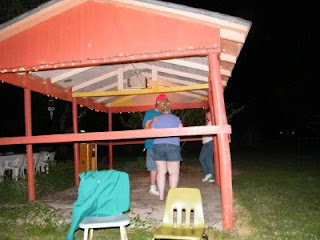 We stayed long into the evening enjoying catching up with the brothers and sisters. Pat and Camillia tried to get the party going with some impromptu dance lessons but there were no takers. It had been a long day and Bruce decided we should go back to our hotel and get a good night's sleep so we could be fresh for another long hot day on Saturday. 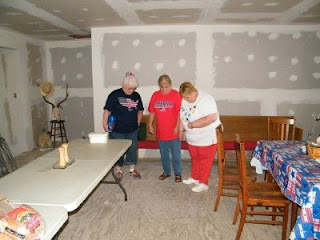 Saturday morning... the 4th of July... we dressed and drove out to brother Mike's and wife Janet's place in the country. They hold the get-together there every year. They have been building a home out on a beautiful sloping piece of land with a stream running through it. They had hoped that their house would be finished by this time but it wasn't quite there yet. It was closed in however and we used their big open living area as the staging place for the food. 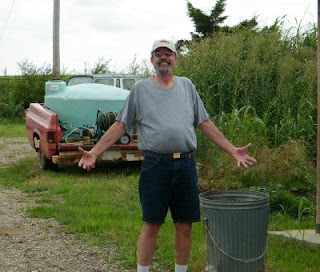 It was the usual family reunion kind of day. Greeting people we haven't seen since the last time 2 years ago. Catching up on all of the family gossip. 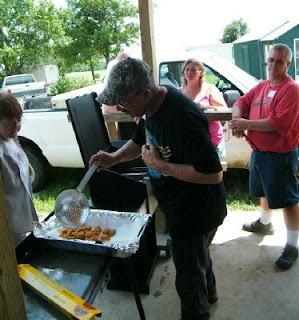 There was an endless supply of catfish coming from the fryer. 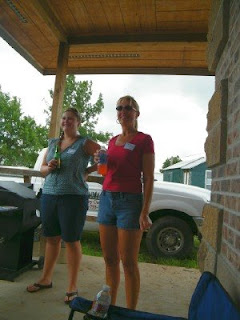 We all stood around waiting for the next basket drinking and watching the kids romp. 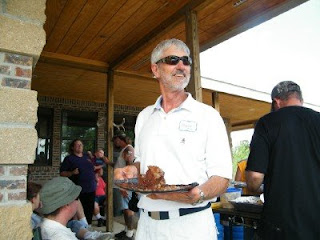 Bruce claimed the last of the German chocolate cake from Camillia's the night before. 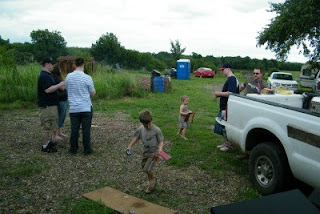 We all watched as the kiddies played around. Of course there were the usual squabbles and tears. 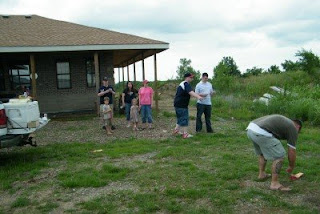 Mike tried to teach his grandson to pop wildcats. I think he really was trying to off the kid but somehow, kids survive.

We got the brothers and sisters all together for the obligatory yearly family picture. It's amazing that they can still get everyone to show up! Bruce is one of 11 siblings. There are 8 boys with 3 girls in the middle. Here they are! 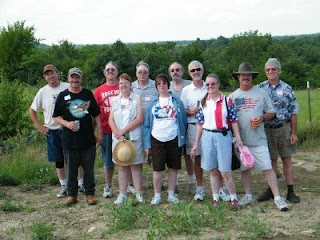 Since Bruce and I married, his brother Jon is the only one left unmarried. Here are the family and their spouses. 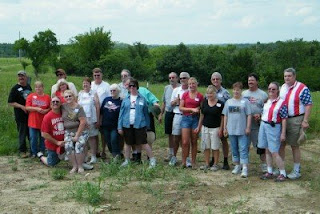 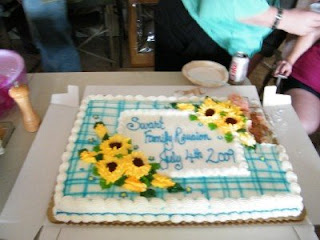 Finally it was time to eat... we stuffed ourselves and when we thought we wouldn't survive another bite, they brought out the cake! And homemade ice cream! Of course we all had to have a bite.

Next, everyone was gathered around to receive a cup of peppermint Schnapp's for a traditional family toast. This is what happens when you get a bunch of sappy drunks together. Watch this and remember... there's one in every crowd! 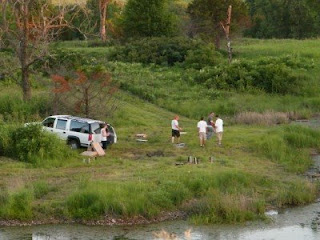 After the food, it wound down pretty quickly. We drove over to Brad and Kathy's place to get some peace and quiet for a while and wait for the fireworks display. Some of the guys had gone earlier and were down across from the pond setting up the fireworks display before it got dark.

Bruce took Melissa and I for a walk in the country.

Brad's place is adjoining Mike's and the land is green and lush. It was so peaceful and beautiful. We enjoyed the setting sun on the rolling Kansas hills. 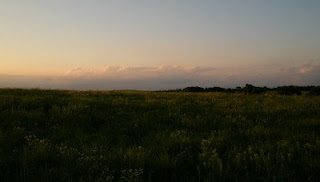 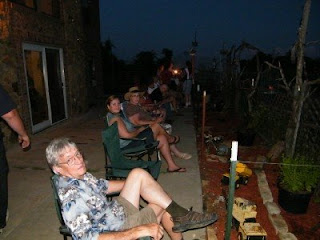 As darkness fell, the crowd began to set up rows of chairs to watch the festivities. Every year, Mike purchases a bunch of fireworks to set off at the family gathering. He does a job that rivals some small towns. 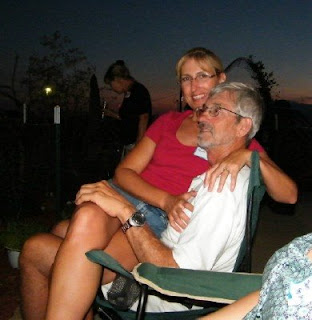 I got a primo seat! 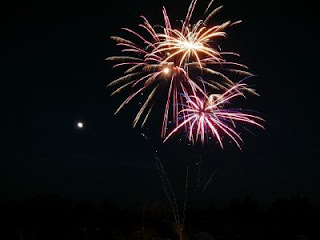 We ended out time with the family watching in awe as the moon shone over the pond. The pyrotechnic show put the moon to shame. 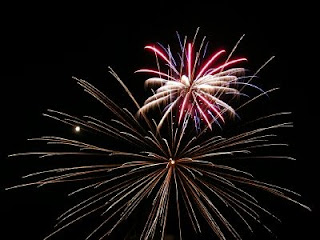