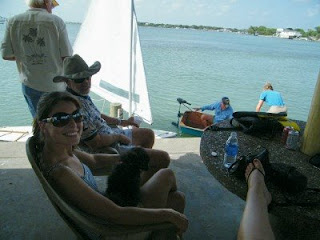 The kids, Bruce and I worked hard all day to get things ready for the couple's shower (see entry for 7/12/09). We finished up to make a dash for Ingleside on the Bay and Bahia Marina for the annual Bastille Day celebration. Years ago, there were a small group of French exchange students staying in the area. Carol thought it would be nice for them to have a party celebrating Bastille Day and it has been an annual party ever since. We missed the sunfish regatta but were there in time to see the motorized boat races. It was nice to relax after the frenzy of the day. 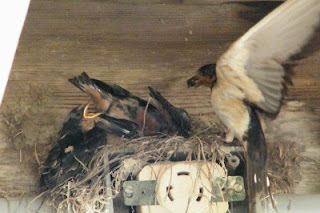 There are baby martins in a nest snuggled over the top of an electrical outlet there at Bahia. You can see them every year... some things never change. I watched all afternoon as the parent martin brought bugs to the hungry babies. 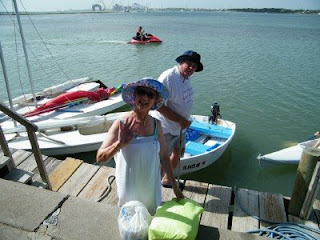 We found seats in the shade and sat back as friends arrived. This year, since we've joined the BYC... we know many more people here than in years past. It kind ofmakes it more fun. Here are Jim and Sylvia making their entrance... later came Larry and Carla. 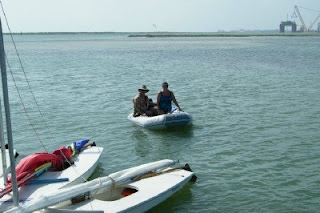 All four of them are recently returned as are we, from the BVI's. They were all there our second week and we had made plans to meet up but it didn't happen. 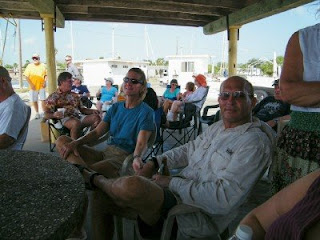 Steve and Jacque took a break and hung out with us for a while. They are practically the adoptive children of the owners of the marina. They lived with them for a while way back when they were young. Steve was very involved in running the show. 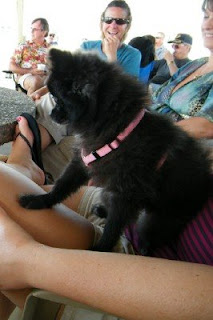 Brittney was popular with my granddog, Layla. Everyone brings their dogs here and they all run around. Layla was shy and spent most of the time on someone's lap. 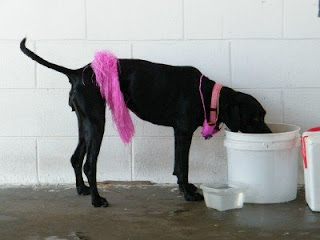 Layla was a hit... but not as much of a hit as this pooch. I give her the award for best dressed hands down! She sashayed around the place like she owned it! Everybody loves a lab in a bikini. 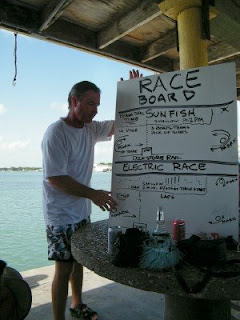 Next on the afternoon's agenda was the electric boat races. There was an actual skipper's meeting complete with rules. One of the rules was to try to bump into as many boats as possible and knock one another over. Hmmm... 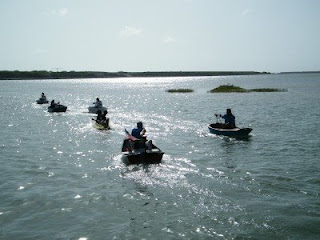 It was a hoot watching the boats motor slowly around the course. They had to go twice around each bouy. 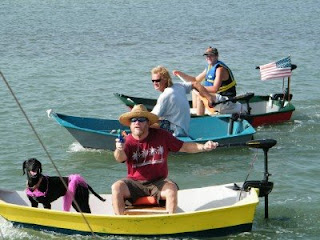 There was much laughter and some tried to shoot their competition. 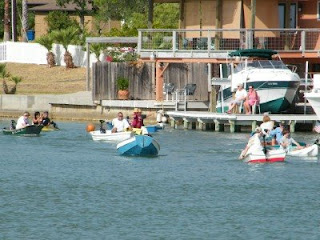 The bouy's were crowded with people going both ways around... It's a wonder no one was killed. 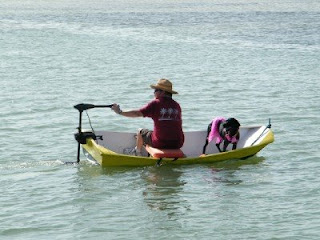 The bathing beauty was in her element as a distraction to the other boaters. It didn't work though. The boy on the kayak won. 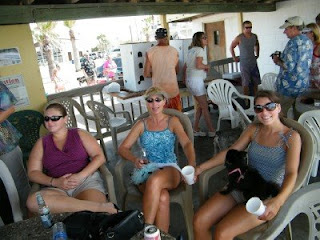 We were exhausted just watching it all. 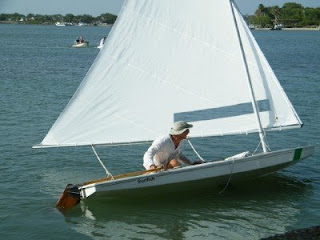 After the motorboat race, Steve took off again on his sunfish. 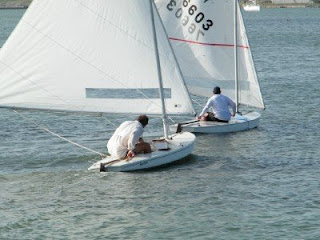 He talked Lori into an impromptu rematch. She had won the races earlier in the day. This was not a surprise to anyone as Lori is a great sailor. She does everything there is to do on the water. 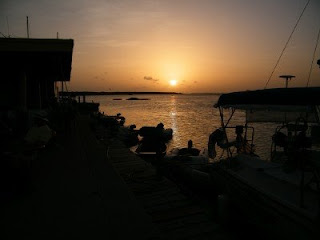 Sunset came... things wound down. We decended upon the pot luck dinner like a swarm of locusts. The BEST food comes to these dinners at Bahia. Everyone brings their best stuff and we always eat way too much. 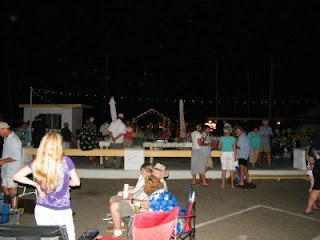 The band began to play and people danced. We had a long day and were thinking of leaving when Steve caught us trying to sneak out. He said that he was just getting ready to fire the Bastille and we couldn't miss it. 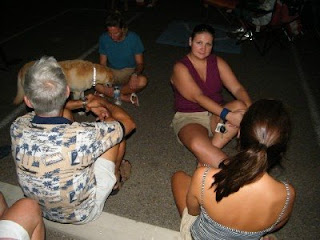 So we sat around chatting and waited for him to get set up. We were very tired and it seemed like it took forever. We did find out that our friends Steve and Ann are leaving town on their catamaran. He got a new job in the Houston area and they'll be living on board. We promised to come up and visit them when they get settled.

Anyway... Steve has been setting the miniature Bastille out in the water across the channel here at IOB to be burned to the ground while shooting fireworks out it's top. He paddled out and put it all together. There was talk of this being the last Bastille Day at Bahia Marina. Maybe the last pot luck for any reason due to ageing owners and rising costs. I hope this was a lie but who knows. Appreciate it while you have it.

Finally, the fireworks began. There was some trouble keeping it going. I've got it on video... just keep watching. Something does happen eventually! Go Steve and Storm the Bastille!!! Vive la France or whatever!