A Couple's Shower for Mark & Laura 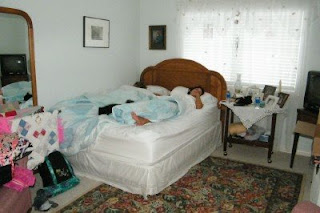 Melissa and Brittney came down from San Antonio on Friday night to help me with preparations for the Couple's Shower I had volunteered to throw for my brother Mark and his fiance, Laura. I knew that our summer was filled non-stop with trips, regattas and events and so it would be hard to throw planning a shower into the mix. The kids, my mother and Carla made it all possible. We had done much of the preparations on Saturday. Sunday dawned quiet with everything organized. We were in good shape. I let the girls sleep in. 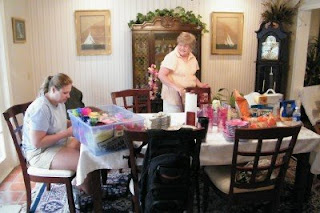 Once everyone was up and about, we kicked it into high gear. We organized the decorations, the food, the entertainment... There were just a few last minute things to throw together. 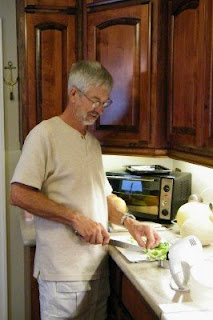 Even Bruce was pressed into service. He was great. He made no plans other than to be at my beck and call for whatever jobs needed doing. And he did them with a smile. 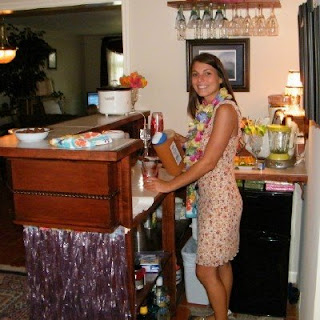 Brittney was our designated bartender. She's a pro and had my home bar organized and in shape in no time. She made some things in advance so that it would all run smoothly. 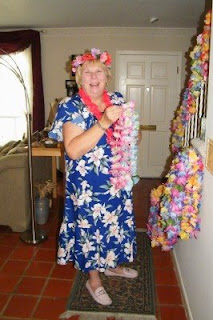 Mother did the final decorations and helped lay out the food on the table. We had bunches of leis ready to greet the guests. 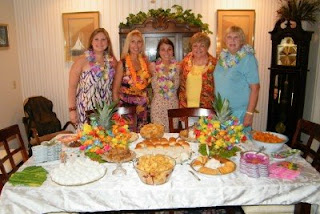 We had no idea how many people would show, but as the time approached...we were ready! 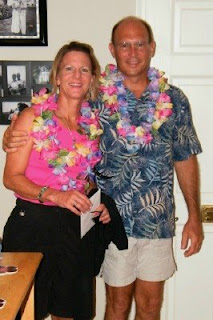 First to arrive were our friends Steve and Jacque. I can always count on them to be there with bells on. 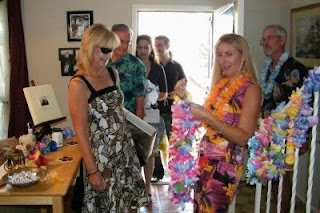 It wasn't long before the rest of the guests arrived. I greeted them at the door with leis for all! 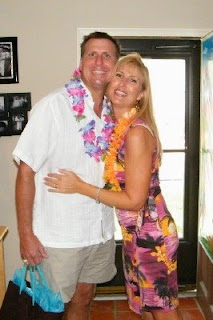 Mark and Laura were so excited. Even so... I can never get a picture of my little brother without this doofy look on his face! 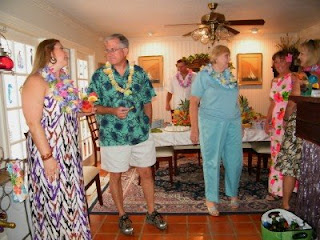 Brittney kept everyone's glasses filled. We turned them loose on the food. I hoped it would all be gone by the time this was over to keep me from attacking it myself. 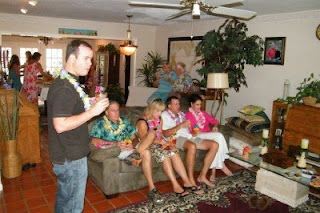 We mixed and chatted for a while. My mother had planned some surprise entertainment and I wanted to give them time to get ready. 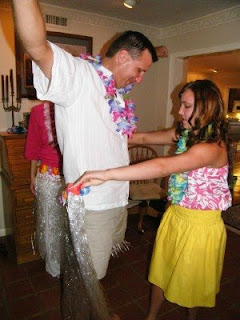 Finally it was time for the presentation to begin. The surprise was a small group of Polynesian dancers! They were so cute! They did some dancing and then set Mark and Laura up with white grass skirts and did a little hula lesson. 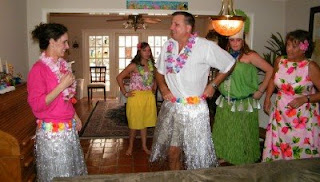 It was lots of fun! there was hardly room to move in my livingroom with these people trying to shake it! Mark and Laura were good sports about it all. Hopefully this will be enough preparation for the wedding festivities. I think there is a Luau planned... I'm sure there will be more hula! 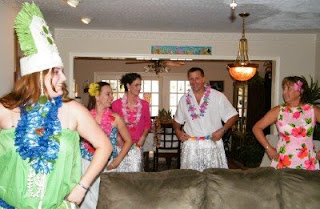 We fed the hula dancers then they took their leave with fond wishes for a long and happy for the Bride and Groom. 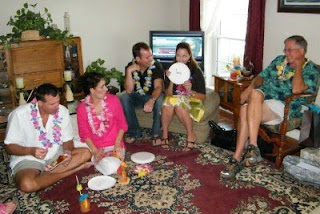 Next on the agenda was the Newlywed Game. We had chosen some fun questions in advance and I asked Laura's sister Ana and her truely newlywed husband of 3 months, Danny to be contestants. The other couple playing was Jacque and Steve... not so newlywed but still in the perpetual honeymoon faze in life. They were game! It was very funny for all of the non-contestants. Danny and Ana won hands down. 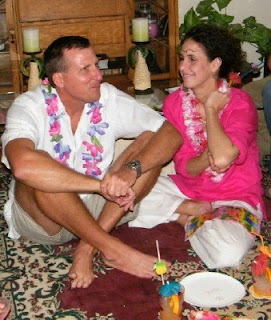 Steve and Jacque will get over it, but I'm not so sure about Mark and Laura. 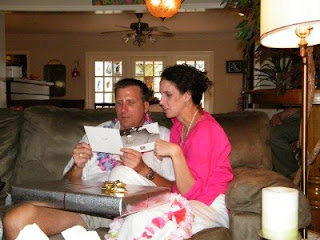 Gift opening came next! Mark and Laura were so cute opening the presents. They got lots of nice household items. Mark is the cook in this relationship... I'm sure he went home happy with his loot.

I was presented with a very nice hand made vase as the hostess gift. Thanks Mark and Laura! The party wound down and the guests began to depart. Nothing left but the cleaning up and as Mother took most of the fruit home, there was not much else left. My kids were absolutely fabulous and worked like beavers until the house was all back to normal. An hour after the last guest left, it was like it never happened. We were all tired but glad it had gone well!