Take Me Out to the Baaall--Gaaame

Robert and Kathy invited us out to Whataburger Field to attend a Hook's game on Sunday evening. We have been asked several times but have never been free... this time it worked out. We finally got to go to a game. I was soaking it all up! The venue is really nice! 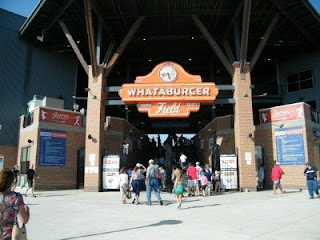 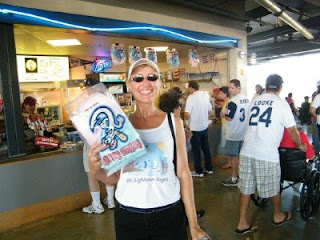 We walked in and I could smell the cotton candy. I didn't see it, but I knew it was there somewhere and I had to have it. Ahhh... there it is! Robert and Kathy got dinner... I got dessert! We found our seats in the bright sunshine. The field was well manicured and we arrived just as they were doing a tribute to our troops! The crouds cheered. 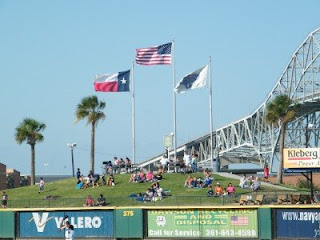 It was all very heart- warming and patriotic. The flag was waving. 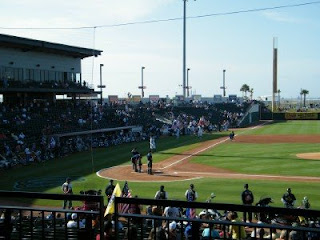 The players began to take the field and warm up. There was non stop stuff going on everywhere. 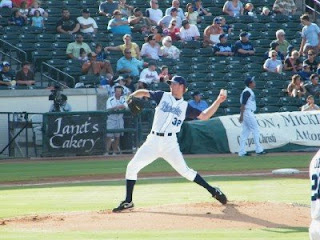 I had a great time trying to get pictures of the ball in action. I think I did pretty well. The pitchers were fun to watch. They all had their ritual stance. 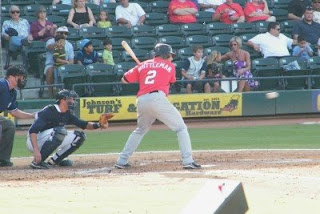 The batters and umpires were fun as well. I was never any good at baseball but at least I kind of get the rules. 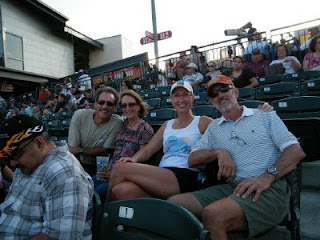 Kathy and I took a walk around and I ran into an old friend from childhood that was working at the field. She told me to get the guys and bring them over to the shady side of the stadium as there were plenty of empty seats available. You didn't have to tell me twice. It was much nicer out of the hot sun. 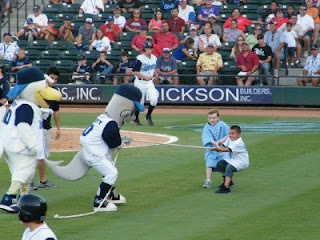 There was an intermission during which lots of shennan
igans went on including a tug of war with this thing. 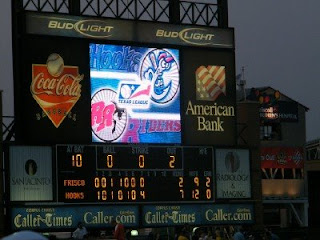 The game started up again and there was lots of drama. The Frisco team wasnt' doing so well... We had great seats now and I got good pics of the teams. 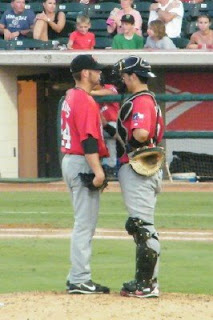 There was some discussion about what to do since they were losing... 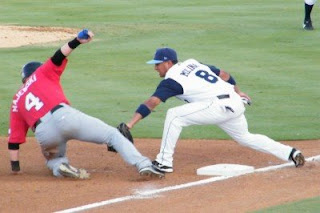 There was this very close play... don't worry, I got it all down! 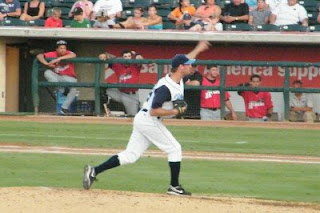 The pitcher got all dramatic about it. It all ended with the Hooks 10 and the Frisco team 2. I had heard that they weren't doing so well this year. I was glad we came when they won! Thanks Robert and Kathy for the invitation!