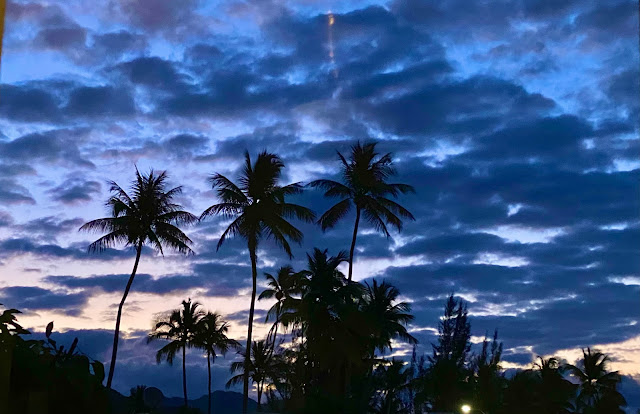 Some mornings I look out my bedroom window and just feel energized!  A plan percolates in my head, and most of the time Bruce is willing. Today was one of those days!  Why not take the kayak out to the calm end of our bay and paddle around? 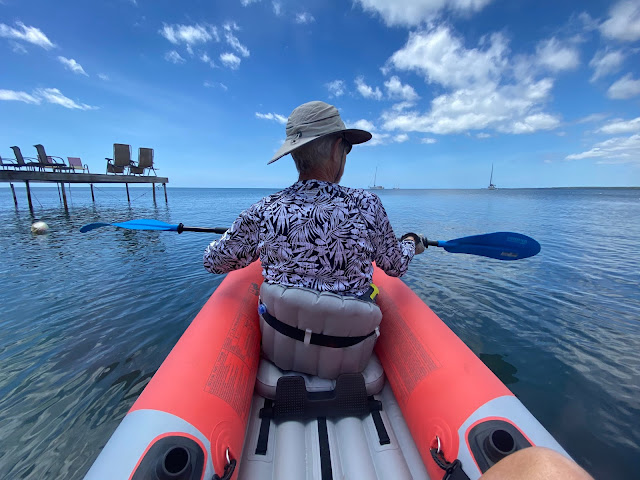 We took it out a while ago, but it was super windy and we just couldn't make headway.  We've had a couple of light wind days, and well... we DO have a bay of our own!  So we drove over to our friend's place and put in there.
Bruce has some torn ligaments in his shoulder that we've decided to just leave alone.  His doctor basically says that he has compensated with other muscles, and as long as he is able to function relatively normally, he doesn't advise surgical repair.  We are good with that, and Bruce does a lot to try to improve his strength and mobility in his shoulders.  Kayaking today has shown him that his work is paying off.  He did way better than last time, and with little discomfort.  He took a couple of breaks, but I was proud of how well he did!
We paddled out toward the reef, but once we got out of the island's wind shadow, it got sketchy... We ducked back into the shadow, and continued our exploration of the shallow grassy seabed for a while before turning back. 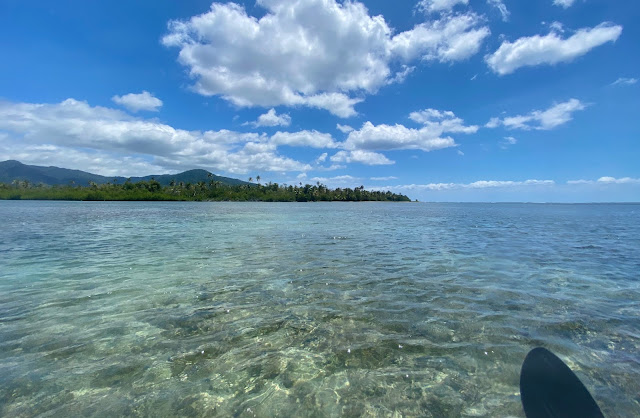 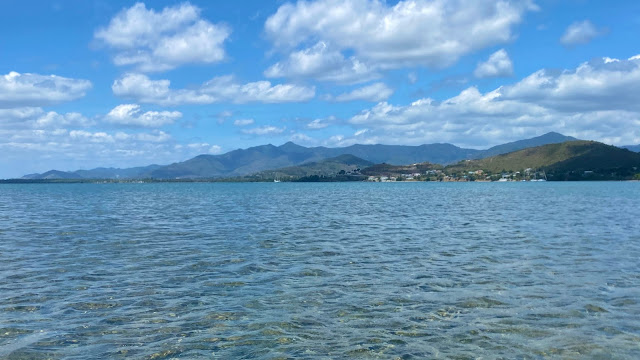 Once we were back out into the deeper water, I asked if Bruce wanted to try getting back into the kayak from the water.  He suggested that we get a bit closer to our entry point before he bailed out, just in case he could NOT manage to climb back in and he had to swim back!  He never lets me have any fun!!
So when we were close enough that we could pretty much stand up and walk back to shore... I found a sandy patch and threw out our anchor.  Once set, it was time.  OUT!
Yay!  He can get back in!  Then I tried it, and wow, the water was a little cold, but it felt marvelous! Why don't we do this more often? Oh yeah, the wind blows like stink much of the time!!  I was able to easily get into the kayak, even without flippers.  So now we know... we can take the kayak snorkeling!  Once we were settled back in the boat, we stretched out to enjoy the warm sun!  Our wet clothes kept us nice and cool, and we just enjoyed the motion of swinging on anchor, which brought memories of our former life flooding back.
The view is good from out there, even if it's just a few hundred yards from shore. 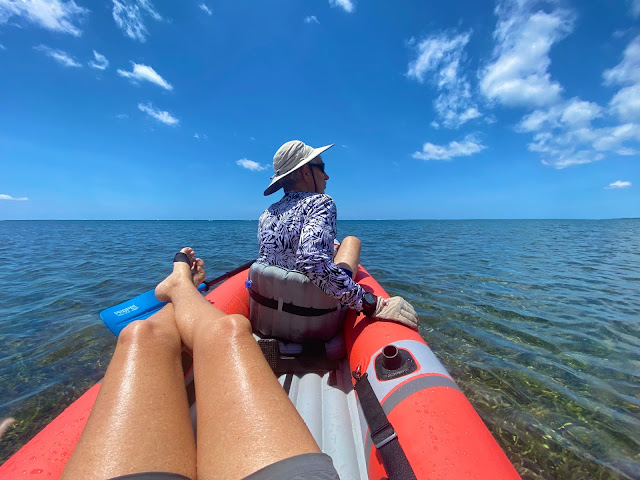 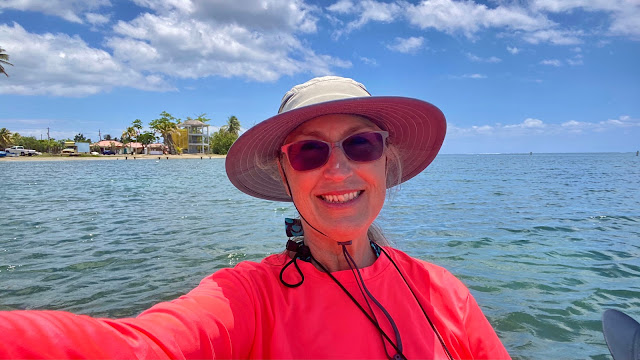 A friend remarked: "You guys are so good at staying active".  Well, as some of you may know, but maybe not.... Bruce has been diagnosed with dementia.  My way of dealing with it is to keep us doing as much as we can, to keep him in good physical shape, mentally engaged, and simply enjoying life for as long as we have it to enjoy.  I know that the day will come, when we will be forced to stop playing, but hopefully I can keep that at bay for a good, long time.  Until then, I will be looking for more things to do, so that we never stop enjoying our lives. 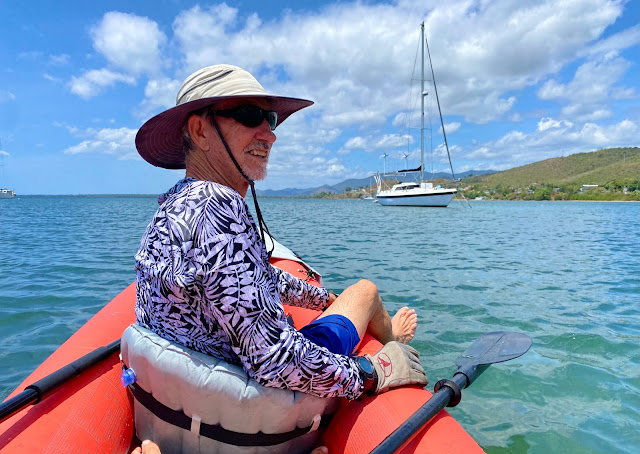 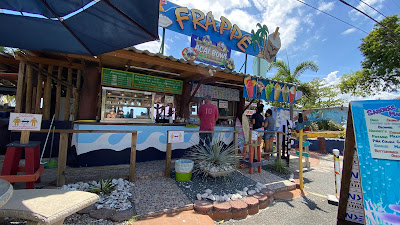 Soon we began to get warm again, and hungry too!  We cleaned ourselves and our gear, and walked up to the Frappe place for some delicious Pinchos de Mero.  That's Grouper on a stick!  Yum!  Life is good here in Puerto Rico...