A Bowl Full of Berrys 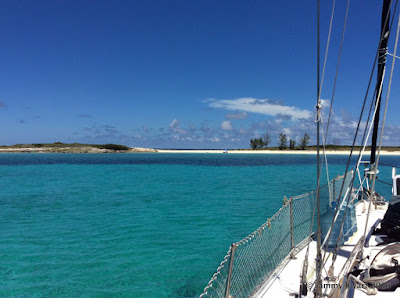 Cruiser Problems:  So many Cays, so little time.  You could get lost in them.  Tempting... but time is moving on and so must we.  Continuing on with our new island-hopping system of leaving one mid day, relaxing in the evening and enjoying the new cay in the morning when it's cooler... we said goodbye to Hawksnext Cay and move about seven miles south to Soldier Cay.

The water at Soldier Cay was much more enticing than the green waters of Hawksnest.  When we arrived there were a couple of small boats on the beach, but they left early and we found ourselves all alone again. 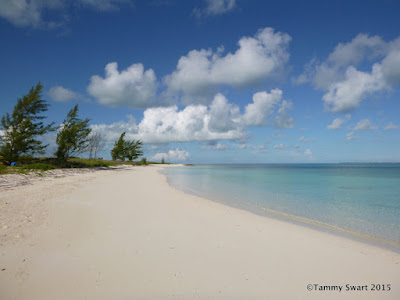 We were ready to hit the beach after a relaxing morning on the boat.  The warmth of the sun drove us to action in search of cool waters and sandy beaches.  How's THAT for Beach Perfection??? 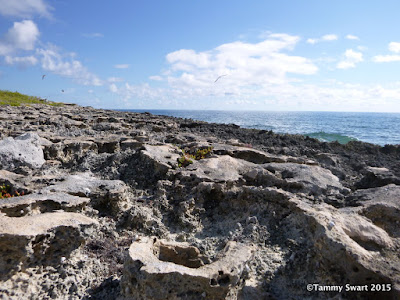 The anchorage is just off the beach at a very narrow point on the island. You can see the Atlantic waters on the other side. 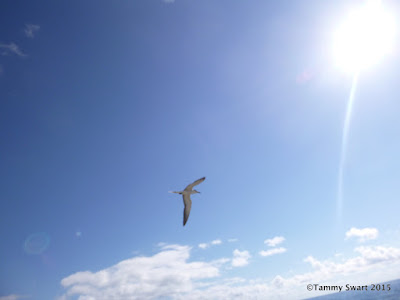 The Cay is uninhabited except for the many birds we could hear from the boat.  Their calls were remarkable in their presence as most of the places we've visited had far fewer birds.  They seem to be taking over this Cay for themselves. 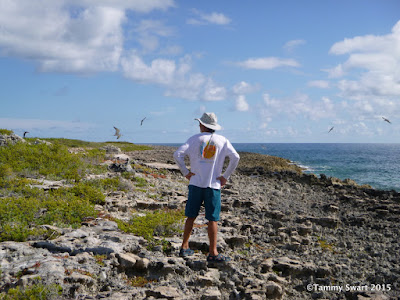 We were reminded of the nesting birds that chased us off of a tiny Cay back in the Abacos as, once again, they started their dive-bombing exercises...  It didn't take much to convince us to move on back to the designated "human beach". 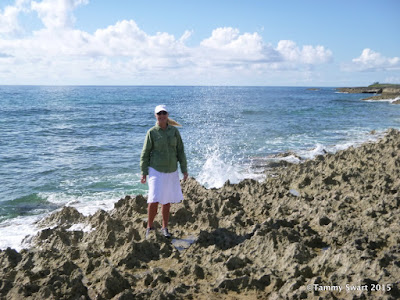 We explored the rocky coastline and I felt like a giant walking through the tiny mountain terrain.  The wind and water of eons has created a landscape that looks to the imagination, like the ruins of long forgotten castles. 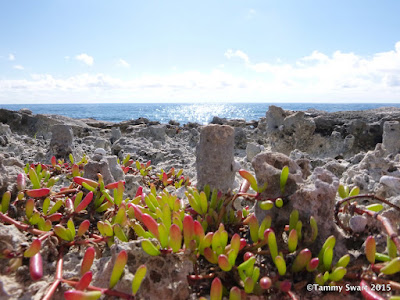 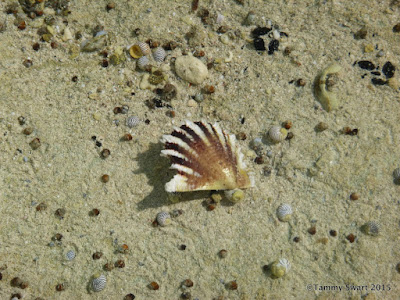 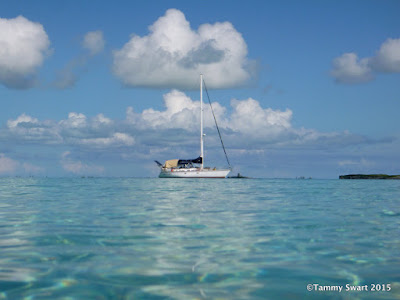 As the day heated up, we cooled our sweaty bodies in the crystal waters between the beach and the boat.  Words can't describe the way the waters here hold you in their silky arms.  Happiness supersedes all other emotions and all we can think about in these moments is how lucky we are to be here. 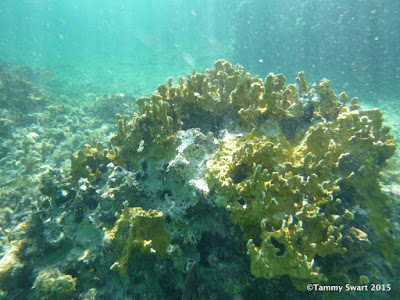 We tried out the nearby reef for some snorkeling but found the surge to be way too powerful as it dragged our bodies to and fro.  The visibility was not great as the water was churned by the unbroken waves. 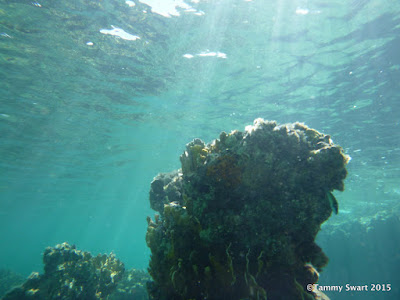 It was very educational however as we could see for ourselves what lies beneath the surface in the coral patches we've been avoiding... 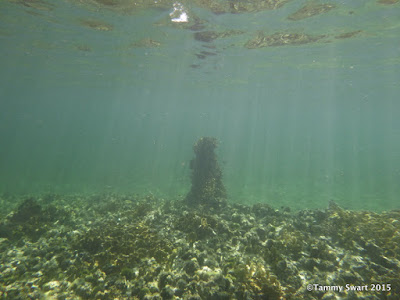 We could just imagine driving our boat unwittingly over one of these little towers in waters that would be plenty deep otherwise, and finding our day ruined or worse.  They're sneaky like that! 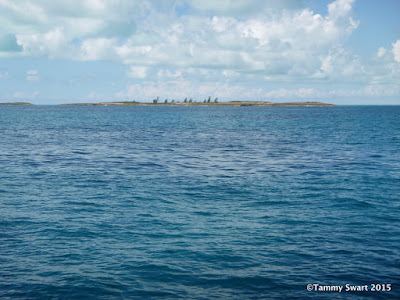 But then, reality resurfaces and we are reminded that it's time to go... We marvel at the simplicity of just raising the anchor and being on our way once again, gliding past so many Cays left unexplored on our way to our next planned stop at White Cay.


Another seven miles down the chain and we were turning in to pick our way through a deep channel between White Cay and Devils Cay.

We came in riding a swell and luckily there was little wind to complicate things.  As we carefully followed our planned track I watched the water depths remain ample even though we were flanked by shallows.  I always worry that the quirky currents flowing around the cays in these situations will suddenly push us to peril, but I was able to adjust when the boat moved one way or another and soon we were inside where the water was more predictable.

The popular anchorage on the west side of White Cay (labeled in Google erroneously as Saddleback Cay) was pretty much full.  (three boats)  We don't like to be "those people" who drop anchor right next to the existing boats...

A quick review of our Plan B notes and we chose a spot behind Fowl Cay.

We turned and motored between Saddleback Cay and Fowl Cay, then slowly, slowly moved towards a strip of white sand and dropped anchor.  The charted depths in this area are a little sketchy but we found a spot with ample swing room and set our anchor securely.  Bruce swam out to do a visual confirmation as the swirling tidal current swept the boat south to leave us broadside to the east wind.  The currents are deceptively strong through these cays.

I'm sure to many of you, all of these places look alike.  But to us, they are all very unique and different from one another.  This spot nestled into this clump of cays was just begging to be explored.  So we deviated from our familiar routine and splashed the dinghy for an afternoon spin through the neighborhood. 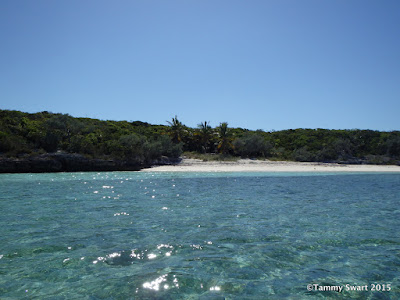 I like to keep little secrets sometimes.  Being together 24/7 you would think that Bruce and I know each other pretty well.  But every now and then, I get an idea that I will keep to myself until it's time to unveil my plan...

Today I had casually packed a bag of toiletries along with our sunscreen.  I pointed Bruce in the direction of an enticing crescent of white sand beach on the east side of Big Gaulding Cay.

Instead of taking a look and motoring on past, I asked him to bring the dinghy up to the beach where we parked it and got out to swim.


Now dear reader, please no haters.  One of the most supreme pleasures we enjoy as cruisers is being able to do things a little out of the ordinary.  Things we would NEVER do back in our former lives.  I stripped out of my swimsuit, grabbed my shampoo and conditioner and waded into the bathtub-warm, clear water and started washing my hair as nature intended... well, except for the shampoo part. 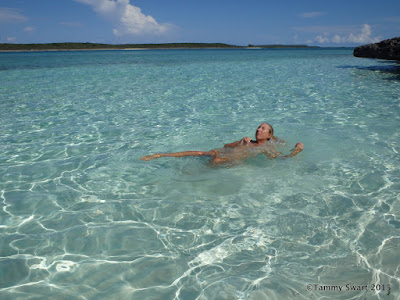 Bruce made a little choking sound and went for the camera!  The importance of this is monumental.  He NEVER voluntarily takes pictures unless, well, there is something bad... or well, naked!

The water was so silky soft and if you've never had the pleasure of sitting your naked bum on clean white sand... well you should. 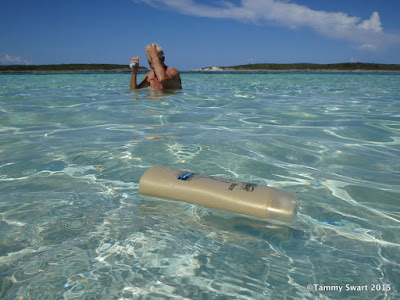 After taking about a dozen pictures (an unprecedented achievement), Bruce stripped down and called for me to toss him the shampoo.

We both giggled and acted stupid as we enjoyed this guilty pleasure alone in the world but for the two of us...

These opportunities don't strike often, but when they do, we must be ready to embrace them wholeheartedly.  And we did.

Once the bathing was done, I realized that we were NOT as "alone" as we thought.  There were quite a few underwater watchers just out of reach...  Surprised little fishes were gawking shamelessly! 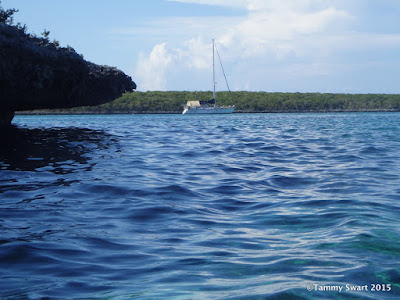 We finished our toilette and loaded back into the dinghy, WITH our swimsuits securely on and all the "white parts" once again covered.  Back to the boat we went. 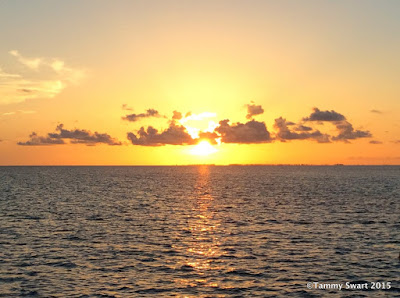 We relaxed for the rest of the afternoon, had dinner and enjoyed another sunset.  Are you getting tired of them yet?  Yeah, me neither!

We planned to stay put for an additional day and explore the Blue Hole on Hoffman's Cay.   (click the link to read about that)


Moving around so much can be exhausting.  Sometimes it's nice to just do nothing.  So after we hiked to the Blue Hole and explored White Cay, we did just that.  Tomorrow we would move on once again, but today we needed some down time. 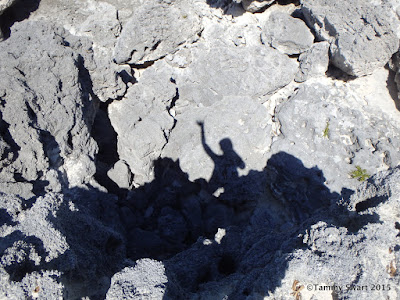 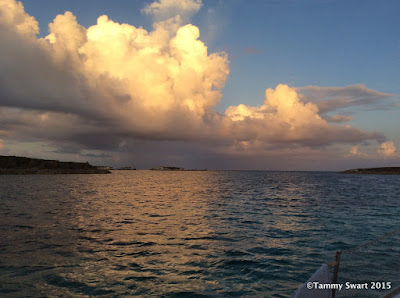 After another full day with a little disappointment in the snorkeling category, we were treated to stunning natural TV as the clouds gathered and disbursed around us. 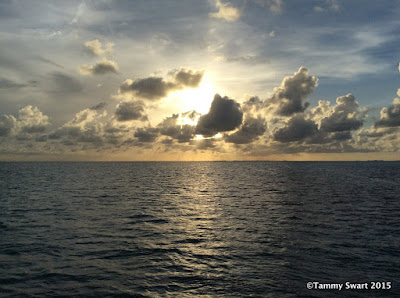 The sunset was extraordinary and created more perfect memories of this magical place.  Tomorrow we depart once again to find water.  While the Berrys are wonderful if you're looking for unspoiled natural beauty, they are not so great for amenities.  Running this low on water has solidified our decision to install a water maker on the boat before we head out again next season. 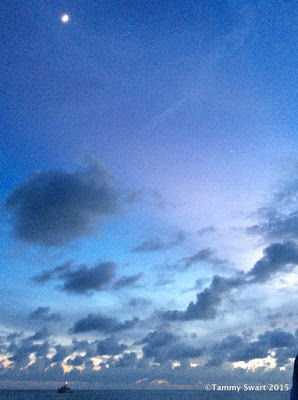