A Visit by the Tall Ships 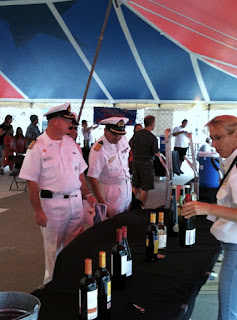 Our three day weekend started off with volunteering in the Wine Tasting Tent at the Tall Ship venue at the old NAS Ingleside base. The Bay area was honored by this visit from these messengers of goodwill from the countries of Mexico, Uruguay, and Chile, with the US Coastguard's Eagle thrown in for good measure. BYC members came out in force to show our support and to lend a hand in volunteering to make this event a success. 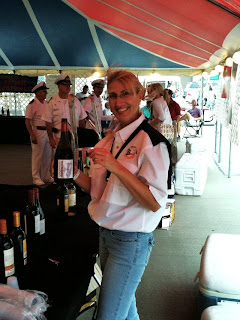 Bruce and I worked on Friday from 4 to just after 6:30. Hurricane Alex had put the scare into people which caused the kick-off to fizzle a little bit. We didn't have the crowds earlier expected. We worked our table peddling wines from South America and Europe with no trouble at all. We had live music entertainment and a front row view of the Mexican ship. 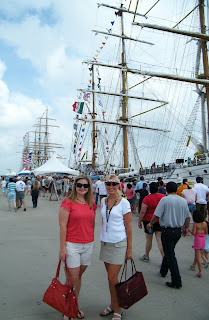 We were pleasantly surprised by a visit from Melissa on Saturday morning. Our plans for the weekend were in flux considering the rain and winds we continued to get from the remnants of Alex. We drove back out to Ingleside to tour the ships. 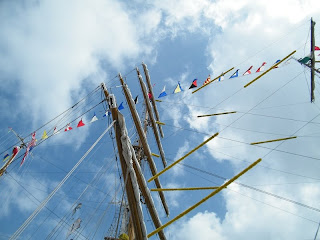 We had been unable to board on Friday as originally planned due to the ship's late arrival. 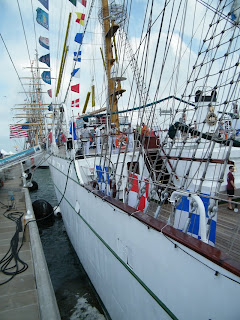 Saturday we boarded the Mexican boat first as they seemed to be the most "rockin" of the four. They had music throughout the boat that had Melissa and I boppin and Bruce smirking and trying to look like he wasn't with us. 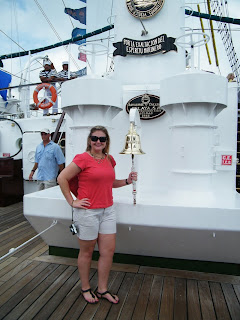 We weren't allowed below decks but it was fun checking out all of the stuff above decks.

We played with all the toys. 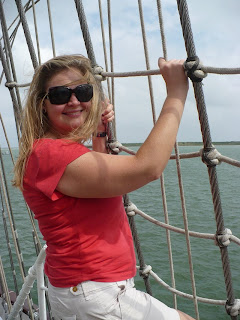 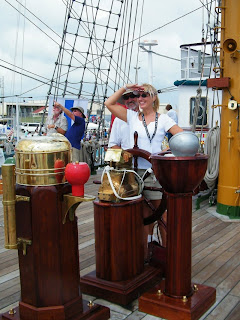 We enjoyed being tourists in our own back yard with Steve and Jacque as we flowed with the throngs of other tourists and tried to imagine what it would be like to live aboard such a ship. 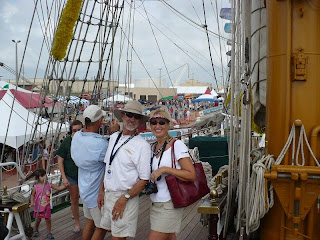 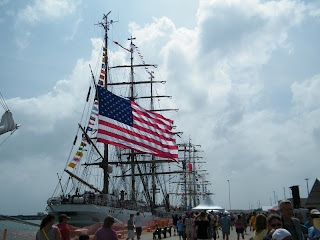 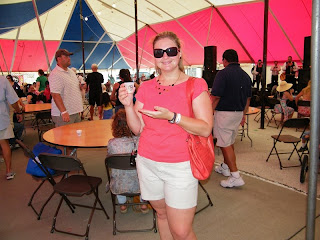 The time was nearing evening and a sailor came out to tell us that they would be stopping the tours at 5 pm for a private VIP event, so we went to hang out in the Wine Tent for a beverage. Melissa was scandalized by the cost of the tiny little cups of wine. Hey! It's a fund raiser, what can you say? 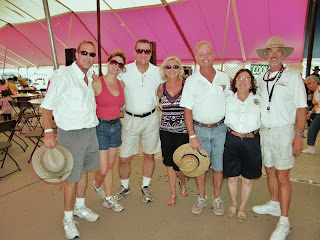 There were many more people out enjoying this special treat on Saturday than there had been the day before. We ran into many friends from BYC and MORF. I think this BYC bunch were here for the evening festivities which would include a fireworks display and more live music with some bigger named bands. We had our fill of the heat and would be seeing the fireworks on the 4th, so we opted for dinner at the BIG Fisherman on our way home to the AC.