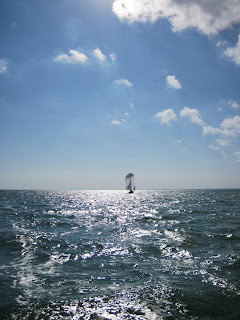 Saturday morning dawned bright and beautiful with a light breeze. It promised to be a great day on Corpus Christi Bay for the Annual BYC Turkey Day Regatta. 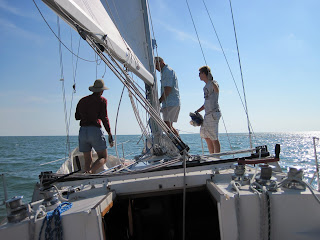 Elan was crewed by Bruce and I along with Steve and a (hopefully) new crew- member, Brett. Bruce would so love to have a steady crew to race Elan. 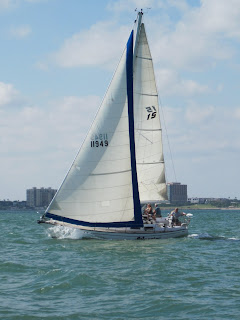 The first race of the day was very short. The race committee put out orange markers for the boats to round instead of using the normal fixed markers. We made a headsail change right before the start of the race as it looked like the winds were going to increase. The smaller headsail cost us bigtime on the downwind leg of the race. We were walked all over by Warrior. 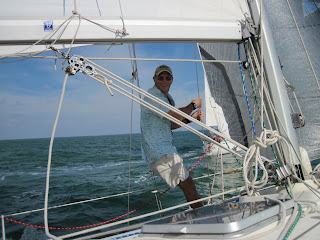 The guys trimmed the sails non stop but we were really oinking with that small headsail. 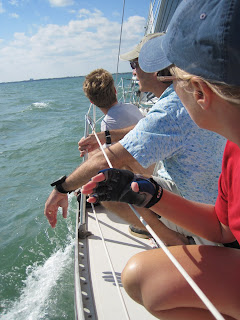 We had a bit of a wait between races as the slowest boat in the spinaker fleet took forever to come in. This gave us plenty of time to change back over to the bigger headsail. It seemed as if the winds had lessened somewhat and we really needed the extra power. This time it was important for us to sit the rail. 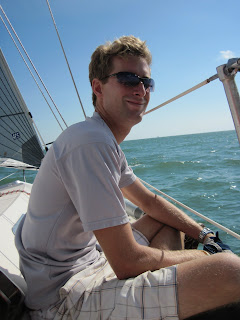 Each tack with that big sail was loud and exciting. Our new crewmember seemed to thrive on the parts that I could do without! Brett was perfectly happy with the frenzy of the tacks and close calls at the mark with other boats closing in. 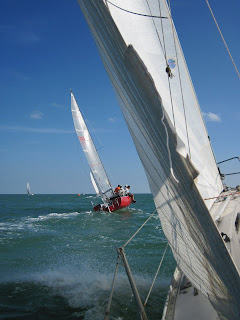 We did much better the second race. It was nice to be out in front. We didn't think it was enough to correct out into first however, so the guys really spent all their energy on tweaking the sails to get all they could out of what we had.

Bruce let me sail the downwind leg on the second race while he and the other guys worked on the foredeck. This suited me fine. I think I did a pretty good job on walking over the top of Warrior. We were first across the line but with the handicap... who knows how we actually did. 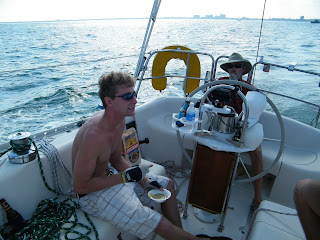 There was a long gap between the second and third race... again waiting on that one boat to make it back in. We snacked and sailed around and generally enjoyed being out on the bay on such a fine day.

The last boat came in and they started the third race before we could get back around to the start line. We were over 20 seconds late crossing the line for the last race. We weren't the only ones however... The third race was similar to the second. 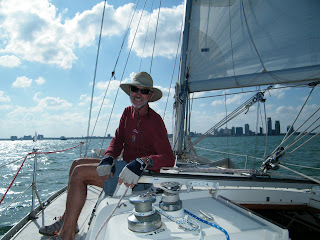 We had the sails trimmed and sat on the rail. We did end up changing our sail trim tactics on the downwind race to the finish as the winds were dying. We crossed the line and thought we would be solidly in second place. Bruce was happy! 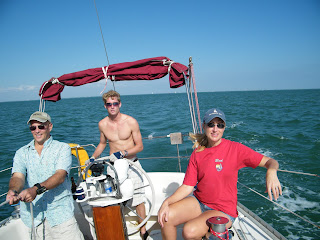 It had been a long day. Brett took the wheel as we sailed back into the gap and prepared to drop sails. We got back to the slip and had some drinks while we talked the race over again. We were nearly late to the dinner which I thought started at 7 pm but we found out... by reading the race rules... that it was to start at 5:30. 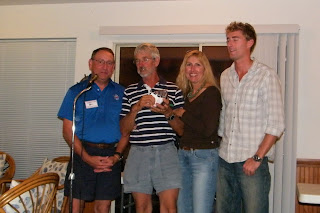 After a rushed toilette... Bruce and I met Brett over at the BYC Clubhouse. Steve went home to spend time with his wife... who was sorely missed this day. We introduced Brett to the club and had a great chili dinner. Finally it came time for the race results. Somehow, we had pulled off a First Place in our fleet! Wow! What a complete surprise this was. Bruce was thrilled. There have been races in the past year that we have taken home trophies... but this was the first one we really felt we proud about. We had stiff competition out there and came out the victor! What a great day.