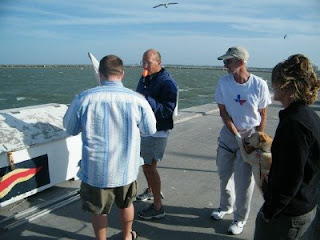 This week it was Cute Shoes as race committee. I had invited our old friend Clay to come help when we spoke on the phone earlier in the week and... low and behold... he showed up. I love my Clay! 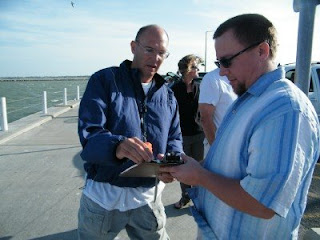 The winds were blowing harder than last week.... somewhere in the 30s I think I heard it said. Steve was hoping that no one would be, shall we say, "dedicated" enough to show up for this! But we were all there and so Steve assigned duties. 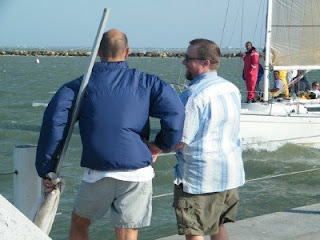 Oh crud! Someone did show up! It's that Doug Weakly. Why has he gotta always mess things up? We waited around a bit for other intrepid souls but to no avail. So, Steve hailed the sole boat and told them no race. They were OK with it and headed out for a bash just for kicks. 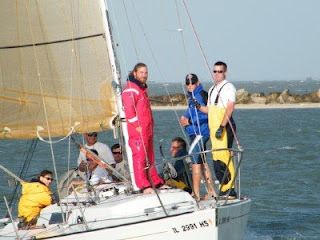 I guess they were already all suited up for it, no use in wasting all that effort. Here they are just before they turned out towards the gap. What a bunch of die hards.

Well, that was it for our committee duty. Steve and Jacquie went off to do their thing while Bruce, Clay and I sat around and caught up on things for a while.