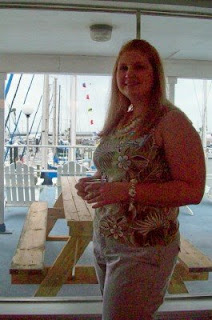 I spent the day on Saturday doing errands and shopping with Melissa. We had a very fine Mother/Daughter Day! We had a pot-luck dinner to attend at BYC... our first one! We made some chicken spaghetti and a dessert I'm calling Hawaiian Snowballs. It's a recipe for the wedding shower I'm having for Mark in July. I had to try it out to see if it worked... it was a bit rough but people ate it. Anyway... we took Melissa as our guest and had a great time. The crowd was smaller than usual as there are a couple of boats in an offshore race from Florida to Mexico. 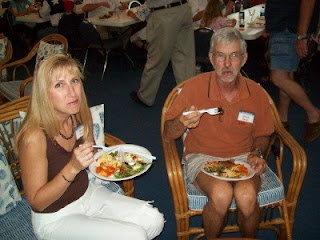 The chicken spaghetti was a big hit. I don't know if it was really so good or if it was because it was the only main dish that was home made. I was scandalized that people would bring store bought food to a pot luck dinner! 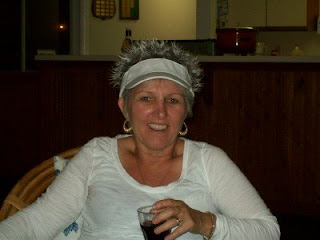 We sat around the clubhouse and chatted until nearly 11:00 pm. It's always a good time when the crowd thins and the cool people are the only ones left.