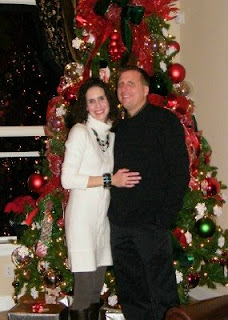 Bruce and I drove to the outskirts of Houston on Saturday morning to meet our soon-to-be inlaws. Mark says that they're "just like us". I shudder to think what that might mean and hope that it isn't true as I spend much of my time trying NOT to be "just like us".

We took the coast road and meandered through the small towns along the way and visiting antique stores. We arrived at our hotel at about 4:30 after hitting the notorious Houston traffic. We barely had time for a quick nap but it was essential after having been up late the previous night for my office Christmas party. We changed quickly and drove the 30 minutes to the
Bride's parent's home. 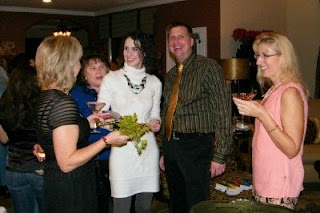 Now the only contact we've had with Mark or Laura in regards to the party has been to...

"remember to bring our swimsuits"!
Early on, Mark had told us that it would be casual dress... shorts even. I had wondered about this as it is DECEMBER!... but if they're heating up the pool... so be it! Bruce wore shorts and I wore a linen sleevless shirt and capri pants thinking I would be overdressed. Not so! We were definately the bumpkins of this gathering! Even Bruce was embarrassed... and he's usually oblivious to these things. Oh well... it's not about us.

I made myself useful as the designated photographer, although I'm still experimenting with the settings on our new camera. I think we got some good moments. 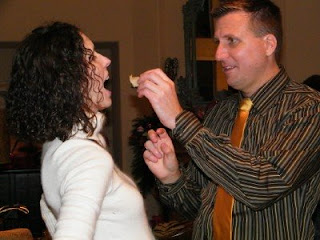 Laura's parent's home was lovely and all decked out for the holidays. There was Christmas bling everywhere. The food was continuously refreshed by hired help and the pepermint martinis were scrumptious! I only had one and it was very potent. I would have needed another nap had I drank a second one. 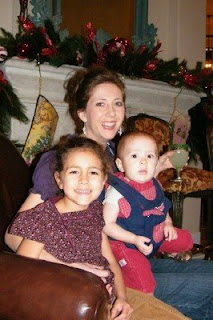 Mark's best-friend-from-second-grade... Ricky was there with his wife and their two children. They are the sweetest little kids you ever met. 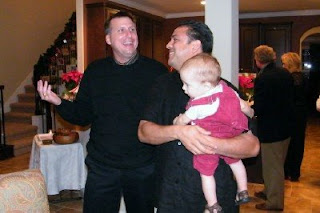 Rick was his usual bad self. I spent the whole evening shushing him as he insisted upon absolute brutal honesty where it wasn't necessary. He's quite the devil but it was good to see him again. 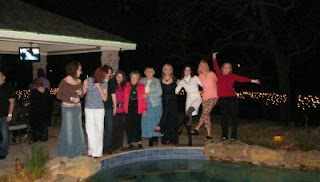 There was a speech giving session out by the pool. People got up and said nice things about Mark and Laura and expressed wishes for their happiness. Laura had many people there from her childhood and quite a few relatives. Mark's side was sparsely represented. 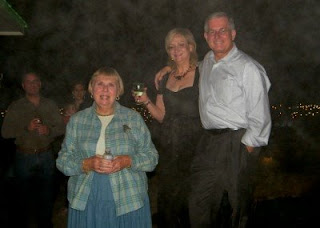 Mother and I each got up and made a short speech. Mine was about expressing how lucky I feel to be gaining the sister I've never had and I really mean it. Laura is an exceptional person, which is just what I always said it would take to whip my little brother into matrimonial shape. 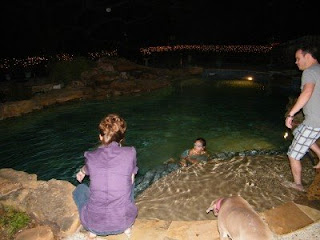 The party wound down as many people made their exits. Mark and Laura posed for some official engagement photos. Bruce and I made our exit as the remaining family members were preparing to go for a swim. We were just too exhausted to stay for the after party. 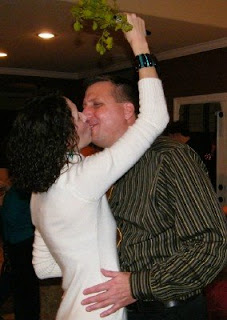 Mark and Laura really do look very happy. I hope that they can stretch that out for a long time and continue to grow together as Bruce and I have done. If they end up half as happy as we are, they'll be ahead of the rest! Congratulations Mark and welcome Laura! 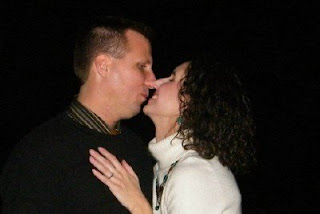