The waiting is the hardest part....NOT! 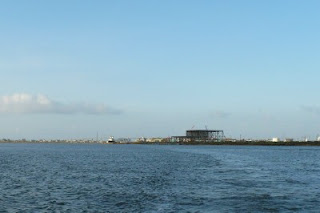 I have once again, missed the entrance in to the ICW at Freeport from offshore. I have no recollection of ever passing in from an offshore trip even though I’ve done it many times. The realization that this is because I’ve been asleep during that portion of the trip has just occurred to me. I was awakened from a sound sleep by the change in the motion of the boat as we entered the flat waters of the ICW at Freeport, TX. 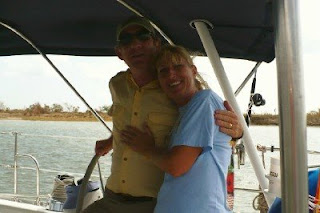 I came up from below just after 7am on Monday with muffins and orange juice for all. We had considered making the entire journey in the intra-coastal waterway but opted for the less complicated and quicker offshore passage. I was disappointed at first but now, after traversing a short segment of the ICW, I have decided that I would have been quickly bored with the sights if the portion we traveled is any example of the whole. We saw some minor damage from the hurricane and a whole lot of nothing. 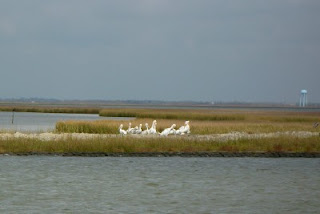 There were some birds along the way and we had some close calls with barge traffic but that’s about it for entertainment. 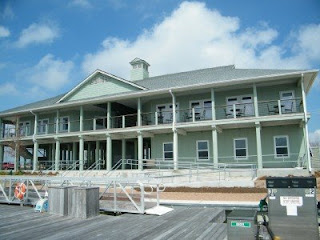 We arrived at Harbor Walk Marina near noon. We were jubilant! We topped off the fuel tank and 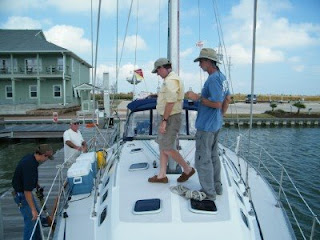 settled into our floating slip near where Ruthless is docked. 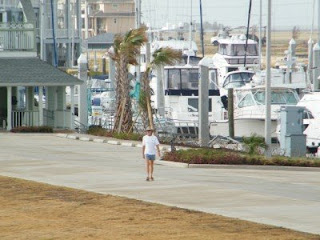 This was the beginning of two and a half days of complete leisure. Our only chores consisted of some minor housekeeping, 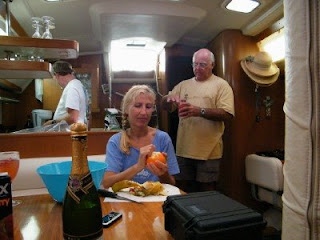 feeding and bathing ourselves. We walked around surveying the damage to the marina and the boats from Ike. 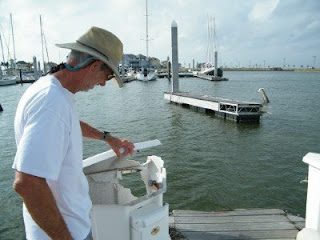 We learned that six boats had been lost and many had some minor damage. There was some damage to the floating docks from a boat that had come loose from its ties. There were some pilings that were uprooted. Most of the mess had been cleaned up and the Marina was back to business as usual. 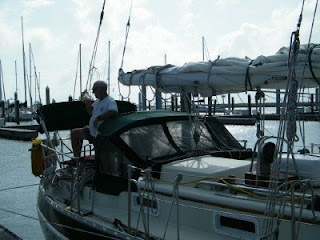 We greeted the newcomers from Corpus Christi as they drifted in. 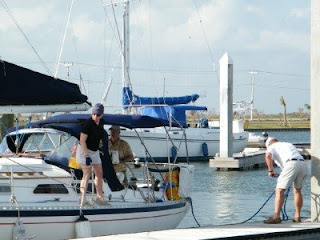 We spent our days sharing information and stories with our fellow sailors. 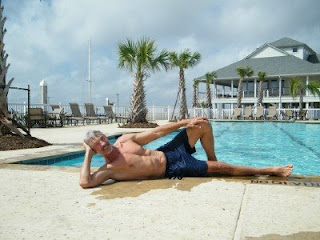 We basked by the swimming pool. 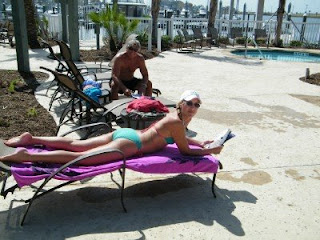 It seemed as if we were the only people on the planet. The place was a ghost town. We had it all to ourselves. We entertained aboard Sea Flight. 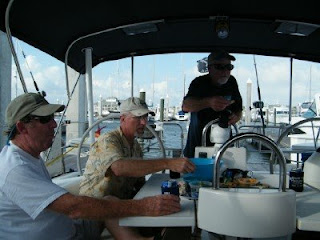 We napped. We generally relaxed for two and a half days. 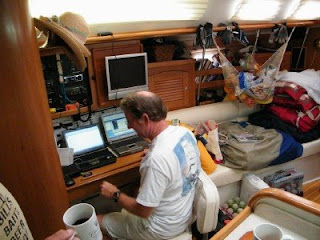 Brenda and Robert arrived late on Wednesday night and rounded out our crew for the Harvest Moon Regatta, which would begin the following day. We packed our six bodies and piles of gear onto Sea Flight and fell into our beds for a good night’s sleep before race day. It was a bit like being a kid waiting for Santa on Christmas Eve.