The trip to Galveston for the Harvest Moon 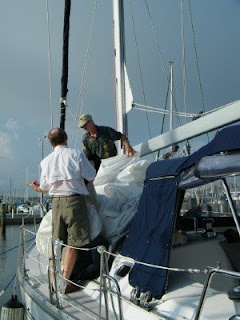 The 22nd Annual Harvest Moon Regatta was scheduled for October 16th, 2008. There had been much talk about whether or not the race would happen after the damage left behind in Galveston by hurricane Ike. We got the go ahead from the Lakewood Yacht club and the race was on. Bruce and I had been honored by the invitation to join Mark and Brenda on their Catalina 400, Sea Flight. Our friends Doug and Robert rounded out our crew of six. We met up on Saturday at the Corpus Christi Marina to load all of our gear onto the boat. The guys changed out the headsail as the winds were forecast to blow and Mark had a new 100% jib. Brenda and I did some hasty meal planning and packed on the provisions. We were ready to leave the dock just after noon. 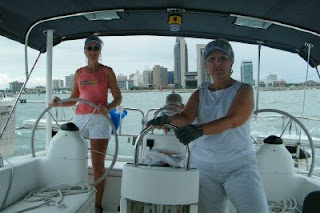 Mark, Doug, Bruce and I had taken the week off to make our leisurely way up to Galveston for the race. Robert and Brenda were flying up on Wednesday night before the race. We sailed the boat from CC to stay overnight in Port Aransas where we picked up Doug. 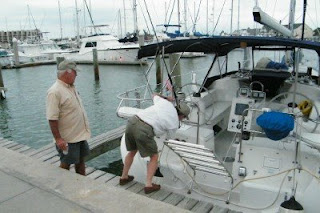 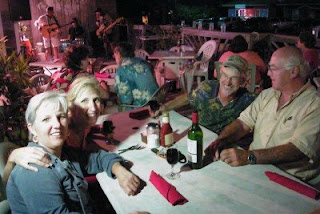 We were all feeling festive and had a last dinner out in Port Aransas. We were just getting going with a great band when the rain drove us inside for the remainder of our dinner. 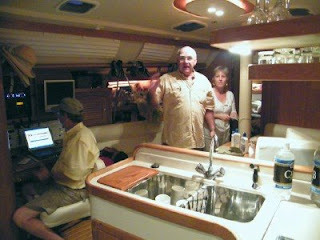 We went back to the boat for an early night in preparation for our departure on Sunday morning.

There was an air of expectation in the morning as we made our final systems checks. We had east winds at 17+ knots. We said good-bye to Brenda and set out through the jetties.

The seas were choppy with 4 to 6 ft confused seas. We battled our way out and turned off towards Galveston. We followed closely upon the heels of our companion boat Rima, a Valiant 42 owned by friends of Mark’s. There were several boats heading out this Sunday. We were all happy to be on our way. 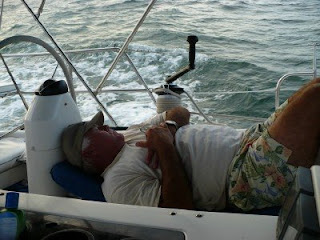 We were soon settled in for the ride. 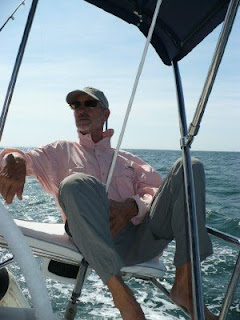 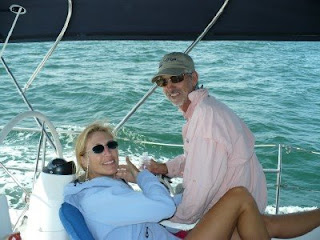 I felt a bit queasy until I had lunch and then I felt fine the rest of the way. The winds came down a bit and the seas were benign. We were making great time. 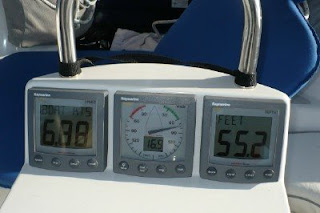 Rima ducked in at Matagorda for the night but we pressed on hoping to make Freeport by morning. 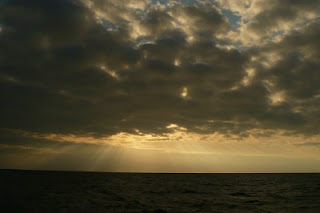 The view as the day came to a close was spectacular. We had Doug along so there was never a dull moment. The camaraderie was warm and fuzzy. The sun set… the moon rose… and the night was upon us. 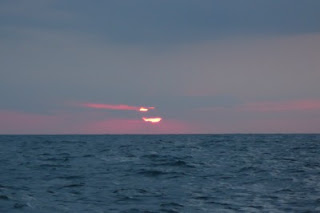