Saving The World and the Giant Crab

This is only day three of our Cruising career and it's already been quite a roller coaster of highs and lows.  We were determined not to get bogged down in projects today.  It is much easier to get them done while at the dock... but it's not much fun to be "all work and no play" Cruisers. 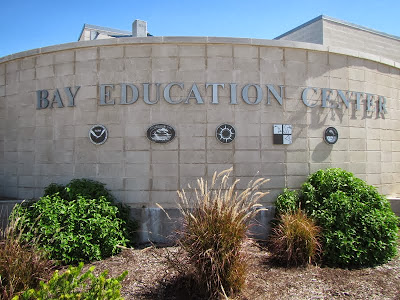 Although Rockport, TX is just a short distance from our home, we are seeing it now as if for the first time through our Cruiser Eyes.  An internet search touted the #1 thing to see here as being the Science Sphere at the UT Marine Science Institute Bay Education Center.

The Science Sphere is the main attraction here.  There are fewer than 100 in the world, fewer than 70 in the USA and Three of them are in Texas.  And our little neighbor has one! 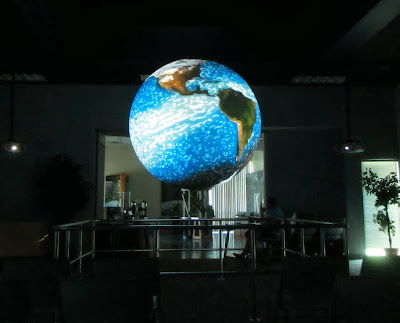 The facility is open Tuesday through Saturday from 1:00 pm to 4:00 pm, with Science Sphere shows at 2:00 pm and 3:00 pm.  There is no charge for admission or for the shows, but they do accept donations.  We arrived just in time with only one other couple as audience for the show.  The sphere is 6 ft in diameter and weighs only 50 lbs. being made of some type of carbon fiber material.  It is suspended by three nearly invisible wires and there are four projectors aiming satellite photos at the sphere.  It is an amazing trick of photography that makes the sphere look as if it is turning.

The facility spokeswoman ran the show and told about each of the different segments.  Today's talk was about the atmosphere and weather.  We went through a very educational overview with the entire globe as an example, of where the oceans were warmer and cooler and how they effected the atmosphere creating winds and weather.

These satellite photos are actual earth views and are produced by NOAA, showing real past weather as it was recorded.  We got to see the 2005 Hurricane season, which was one of the most active on record.  We saw Katrina form and explode on Louisiana.  It's all in warp speed and totally cool.  We sped through the years and saw the 2012 season with Sandy.  The satellite views are available up to three hours ago so we checked out that last cool front and saw nothing but clear skies now.

My favorite earth view was the Facebook Friends.  NOAA took millions of people on Facebook and drew a blue line to each of their friends on FB.  These views have no overlay, they are only the blue lines...  You can see the hot spots and you can see where the oceans, desserts, and rainforest are. 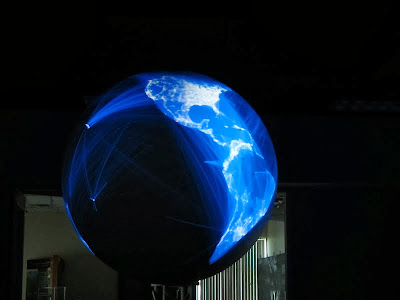 Another dead spot was the space where China lies... Scary...

The whole thing was very nicely done.  They have three different shows, one on the atmosphere and weather, one on the land, and the last one on the oceans.  On Saturdays, they take the top sections of all three and combine them. 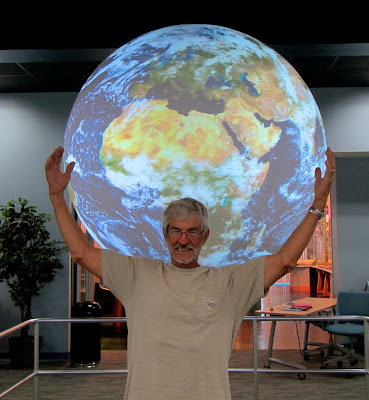 The narrator was so cool about photos during the show.  I'm not sure if it was just since there were only the four of us, but it was very nice of them.  We are going to try to make it back for the next two days to see them all.  It's a cool way to break up a hot afternoon... 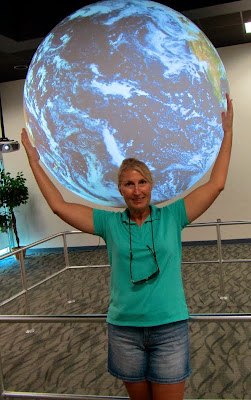 We even got to fool around with the globe after the show...  It was a good thing too, as waiting right outside the exit door, ready to devour the city... 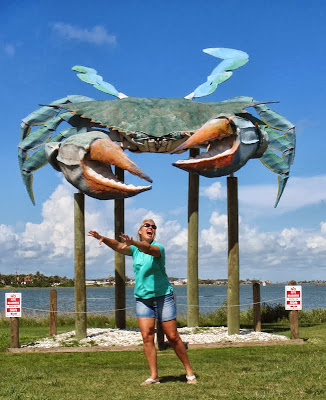 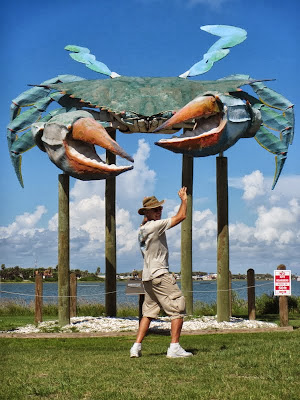 My Husband came to the rescue.  He got between me and the crab so that I was able to escape!  Sigh... My Hero!