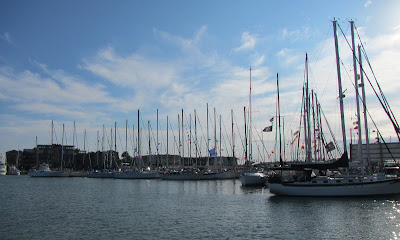 I've always felt like a lucky person.  Normally, I will luck into the best of everything.  Why am I not playing the lottery consistently you might ask… well I'm lazy.  If you could play Lotto on the Internet, I'd be doing it!  Anyway, I digress…

Even a lucky person has those "off" days where it seems as if everything goes wrong.  We had no trouble getting Chuck to the airport in time for his flight.  We had no trouble going by the house to unload the BMW so that we could take a load of stuff off the boat.  We took the Miata out to House of Boats so that we could get back to Port A after securing the boat for a Monday morning haul-out.

This is where it began to go sour.  Bruce thought I could finish the installation of the Rogue Wave alone while he finished up with the break job on the van. ( Click here to read the whole story if you haven't already…. ) I ran into some trouble which cost us some time.  I was bummed because I really had wanted to finish this job and see if the thing works.
The breaks on the van needed to be done before we could take the van to House of Boats for use as storage while Bruce does the bottom job.  He had all the parts and tools and figured it would be about a two hour job.  But… he was unable to finish the job because he had nothing for cleaning the wheel bearings before repacking them (after they fell in the dirt).  So that's on hold.  I was a little disheartened but we came up with a Plan B.

It was getting late so we got busy prepping the boat for departure.  We couldn't offload everything because of the van situation but we loaded some things into the BMW for later.  The winds that had been howling for the past two days were finally abating (luck) and we had no trouble leaving the slip and motoring along the Crab Man Channel and ICW to House of Boats.  While we motored along watching the seabirds hunt, my sour mood began to get sweeter. 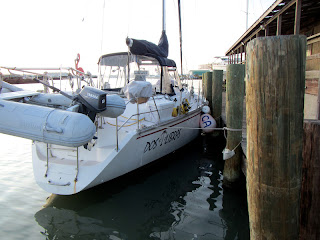 We landed the boat easily alongside the dock and prepared to leave.  There was nobody around and the place was closed up tight… we couldn't get out!  I guess they close early on Sundays…  My office would be expecting me to show up on Monday morning.  But what could I do? 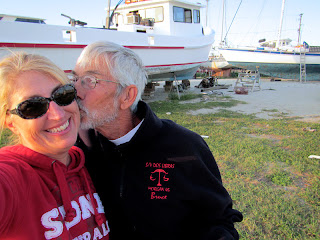 Make lemonade!  I sent a couple of apologetic texts explaining that I would need another half day of vacation… then I turned to enjoying this unexpected interlude with my husband.  It actually took a load off my mind, knowing that I would be around to help Bruce get the boat safely out of the water and onto the hard.  It's just smarter to have two people aboard to handle the boat.

We showered and opened a bottle of wine and took a little walk about the grounds.

I always love to see all of the different boat bottoms. 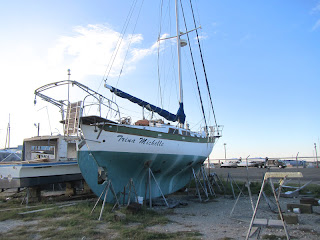 There is going to be something I've never seen before in every boatyard. 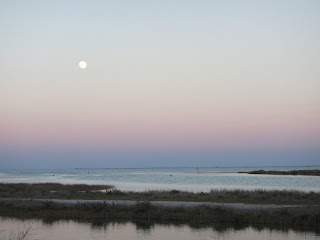 The wildlife was also a source of pleasure in this remote area.  Birds and dolphin were out in droves enjoying the last rays of sunlight.  The moon rose over the water and the view was surreal! 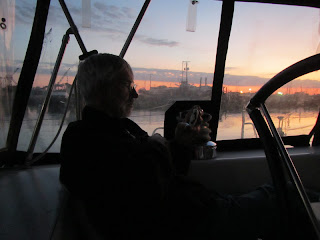 We lounged in the warmth of our cockpit enclosure until the wine was gone and then had a quick dinner and bed.  I'm sure I'll pay for this at the office but with today's lemons… we surely made some great lemonade! 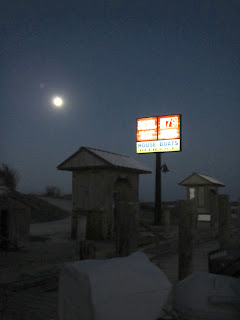