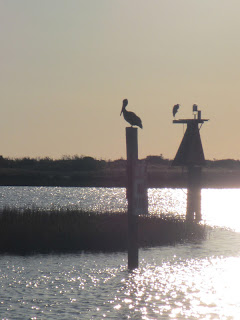 Bruce has always done his own bottom jobs.  He's been sailing since the 70's and has owned many boats, gradually increasing in size to our current boat… 45 feet.  That's a lotta bottom!

Dos Libras came from Rhode Island where she spent a year on the hard after being cruised for the previous three years in Europe.  Bruce did some research on the bottom paint used and found that there is an ablative paint compatible to the existing Micron on the boat.  We ordered four cans of Micron 66 for the job.

Our day dawned with light winds and cool temps.  Perfect for a haul out.  We had spent the night tied up on the dock at House of Boats hoping that we were the first in line.   Well, we were… but that didn't count for much.  It was 10:30 before any sign of movement. 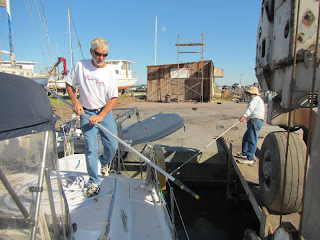 I had taken an "emergency" vacation half day (which turned into the entire day) off work to help Bruce get the boat hauled.  In the end, he technically could have done it himself but it would have been tough.  He handled the lines while I maneuvered the boat into position.  The boatyard guys took it from there.  They turned the boat around and loaded her into the "chute". 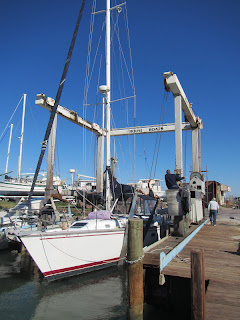 We had marked the strap positions which I had in pictures on the iPad.  This took the guesswork out of it and sped up the process of placing the straps to lift the boat in the proper position so as not to break the prop shaft. 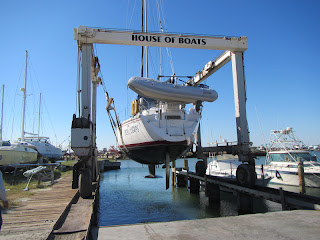 Amidst lots of noise from the lift, Dos Libras gradually came up out of the water and I got my first glimpse of her keel.  The photos I had seen had been unclear so I didn't really have any idea what kind of keel she had.  It's definitely a wing keel. 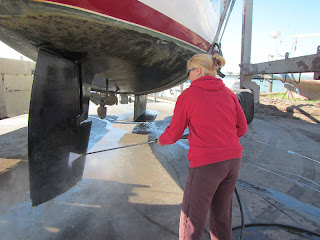 I watched as they backed the lift holding our baby onto the hard ground.  There she swung dripping and frightened…  Bruce and I sprung into action with the power washer.  This is secretly my favorite part.  I love the instant gratification of seeing that scum wiped off with a wave of the wand,  It is kind of like dancing with a fire hose and takes some effort  but I think it's fun. 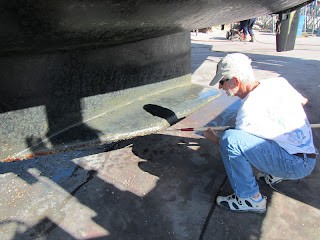 Bruce and I traded off.  He would spray for a while, then I would tap him on the shoulder and take over again.  We got it done in about an hour and a half.  We spent some time scraping the few spots that had barnacles growing while the boatyard boys finished lunch… then they moved her over to her spot and blocked her up. 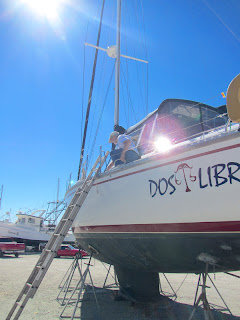 It amazes me that the full weight of the boat... some 25,500 lbs plus!...can rest on blocks under the keel.  The braces are just to keep her from tipping over.  This makes me nervous when I consider climbing up a ladder onto the boat. 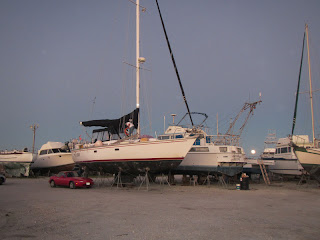 Once that was done, we shuttled vehicles, which ended up taking the rest of the day.  We left our Dos Libras with a full moon rising.  Bruce would return in the morning and get started!

Here is the video of the move... it's over 5 minutes long.