Being A Part ~ By Doing Our Part

We live on a beach.  During our many beach walks, we are happy to report that we see surprisingly few manmade items washed up onto our shores.  But we are painfully aware that, while many years of campaigns for responsible waste disposal are making a difference, we still have to keep up the fight!

Each year for over 30 years, the Ocean Conservancy group has organized an International Coastal Cleanup effort. Our close connection to the sea motivates us to seek out opportunities to volunteer as often as we can, and we are adding this annual event to our calendar for sure!

Puerto Rico has miles of coastline and we have been volunteering through Para La Naturaleza in their regularly scheduled beach cleanups along the southern coast.  Last weekend, they combined efforts with the fine folks at Scuba Dogs Society for an island-wide event that is part of the international movement, and we can't be more thankful for the work these volunteers have done in coordinating these events! Scuba Dogs have been organizing with Ocean Conservancy for the past 17 years, so they are able to document the trends here on our island, which is added to the data collected globally!

At the time I published this post, the numbers had not yet been completely tallied by Scuba Dogs Society, but they posted some preliminary numbers for the Puerto Rico event on their Facebook Page.  With 117 of the planned 214 bodies of water reported.  With another 97 bodies of water still to be counted, there were already 12,073 volunteers!  WOW!  The numbers exceeded expectations and it shows that environmental consciousness is trending upward on the island!

Here in Puerto Rico, the 117 bodies of water reported impacted 84 miles of coastline, and volunteers collected over 43,000 pounds of waste!  I can personally attest that this number could be much more, because our group didn't have means to weigh the trash we collected.  The organizers suggested that we estimate each bag at 25 lbs.  Many of the bags were so heavy they had to be dragged and lifted into the truck with help!  And the large items collected were much heavier than 25 lbs... so these totals are very rough estimates.  But regardless of the number, we moved a LOT of stuff, and every handful is a move in the right direction!

So, how are these numbers obtained?  You break it down...  Global organization>Individual countries>Group organizers>Groups at each location>Small subgroups of 2-4 people.  Each little subgroup is armed with bags and a printed tally sheet.  As we spread out to cover our area, each item was tallied into categories as we put them into the bags. Then the sheets are tallied by the group and reported back up the chain, to create a worldwide tally!  If I ever find out what it was, I'll update this post...

But, there are already trends being documented!  Since Puerto Rico passed laws that limit single-use plastic bags island-wide, the numbers of bags collected have dramatically decreased. Last year, 12,134 bags were collected during this event.  This year, only 4,516 bags were reported.  The date from these events is being used to reveal where public awareness education and laws are working, and where they need to be focused going forward.  The items that topped the list this year in Puerto Rico were cigarette butts and pieces of plastic less than 2.5 cm in size.  So it's the little stuff that drags us down!

People, we all need to be more aware of how much waste we use and where it's going.  Be a part of the effort year round and you'll be amazed at how good it makes you feel.  You can incorporate your weekly exercise routine into a worthwhile cause by downloading the CleanSwell app! So, next time you see that scrap lying on the ground... don't walk on by.  Bend down and pick it up.  It will be the beginning of a cleaner future for the world!


Tropical Storm Dorian passed Puerto Rico to the east mere hours before our beach cleanup.  With his passing went our breath!  Both figuratively and literally!  While we all breathed a sigh of relief, the air was being sucked out of our atmosphere, leaving us windless and HOT! 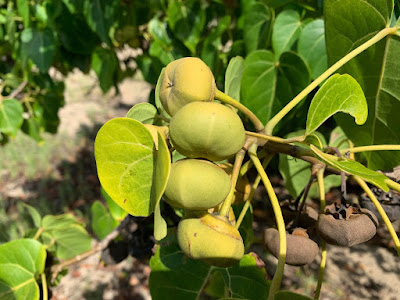 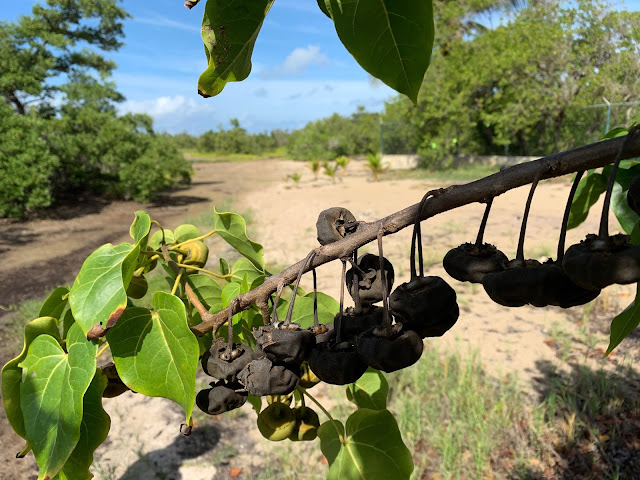 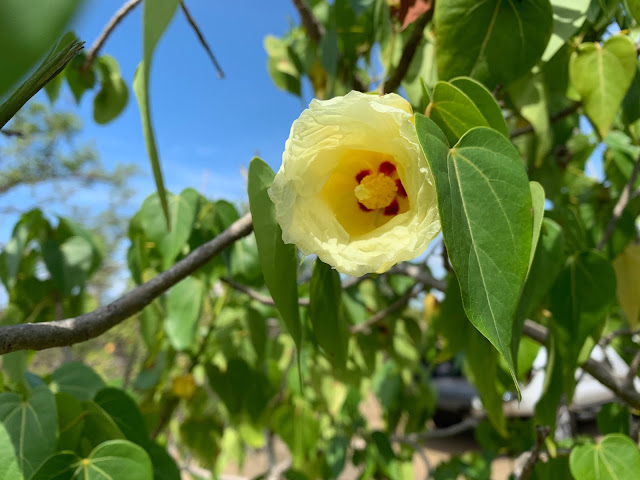 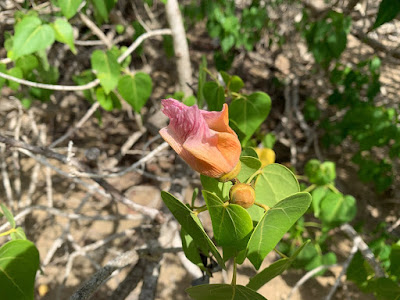 Will seeking out every bit of available shade, we noticed that some of the trees were best given a wide berth!  The Manchineel Tree has a reputation for being very nasty!

This was the first time we had the opportunity to get a really good look at the leaves and the "apples" that produce a toxin that is best avoided! It is said that you must not get caught beneath a Manchineel when it rains, because the water dripping from the tree can carry the toxin! 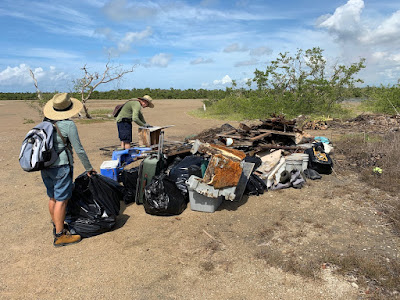 So, we took our breaks beneath the mangroves and other types of scrubby foliage!  Then we rejoined the group where a huge pile had formed!  We added our bags to it and then returned to the field to gather more!
So with that, our third beach cleanup event is done!  We were soaked in sweat and grime, and stinky! But we still stopped for Pinchos on the way home.  Thank you Burt and April for going with us and lending your efforts to keeping our island clean!