I’m sure there have been other eclipses of the moon during my lifetime, but I have no memory of witnessing one.  Maybe when I was a kid, when our family did this type of thing… But for sure, during my work life… no WAY was I going to give up valuable sleep time to sit out in the middle of the night staring up at the sky!

With the stresses of the work-a-day world far behind me, there was no way I was going to MISS it this time!  The first of a Tetrad...  We set our alarm clock for 2 am, two alarms actually, just so we could be sure!  There was no excuse making when the alarms both began to clamber for us to get up!  I was hung-ho to climb out of bed and into the cockpit with my camera and binoculars!

The cats seemed confused by this unusual behavior, but any time we can hang out on deck in the night is a good time for the felines.  They joined us happily as we found our seats in deck chairs on the veranda.

Bruce got into position before me and the eclipse had already begun.  There was a bite missing when I got settled.  I was so excited.  I kept going between iPad pics to post, my camera, which was a focusing disappointment, the naked eye, (fun with my double vision - I wasn’t wearing my glasses) and the stunning views through the binoculars. 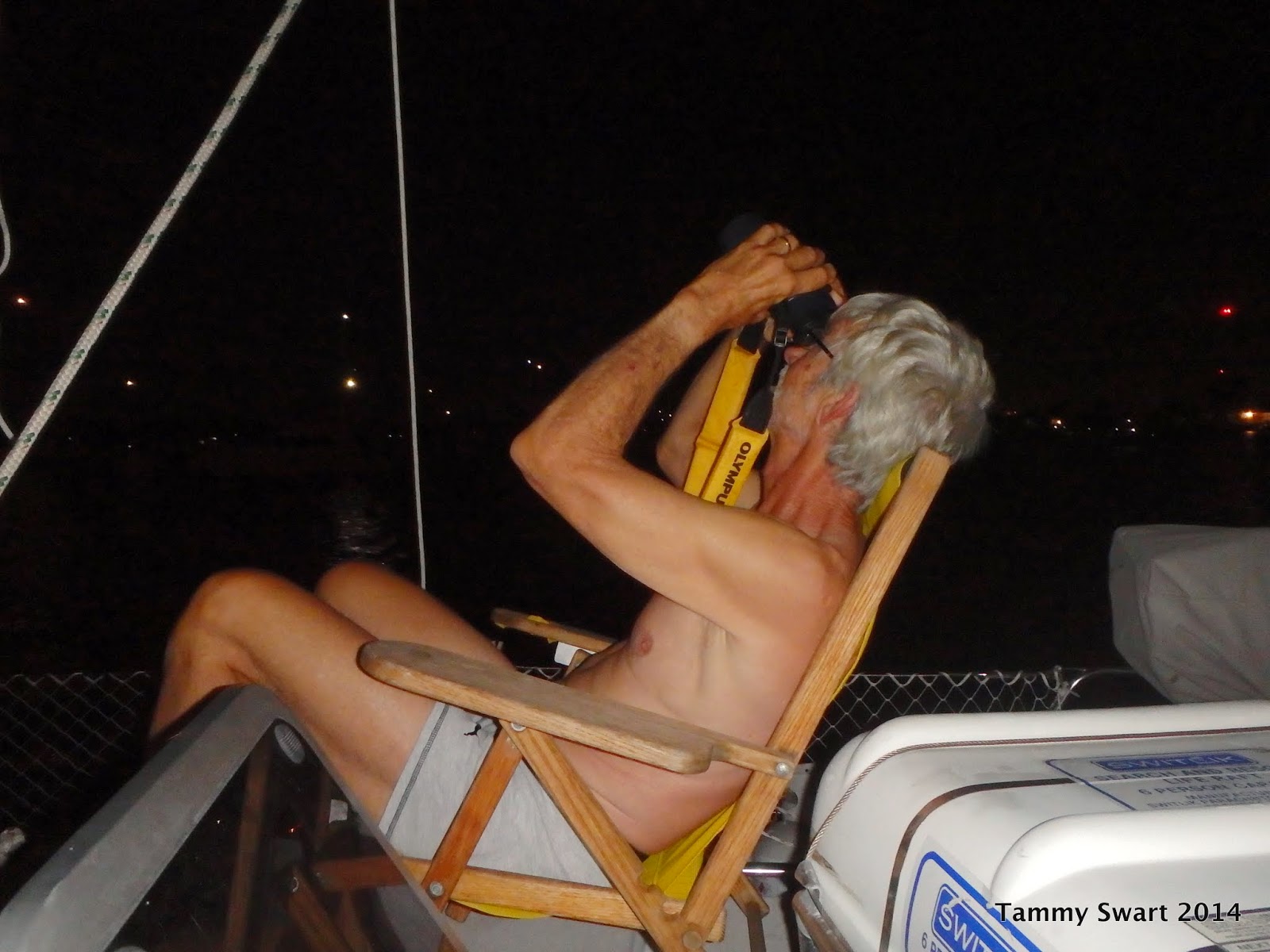 We sat there with the wind blowing gently in the cool damp night.  Wind generators whirring all around us… and watched the slow, slow, slow progression of the Earth sliding between the Sun and the Moon.  Mars and Spica were visible near the moon and other stars seemed to pop out as the brightness of the moon was dimmed. I wondered how it would be if we had been on an overnight passage and didn’t know there would be an eclipse.  Would we be freaked out?  How must it have been for people before the time when these events are forecast and widely publicized?  It’s hard not to wax philosophical in the face of such an extraordinary event.

I felt solidarity with the thousands of others who were sitting in all parts of the world looking up in a wave as the event unfolds…  Then I would drag my thoughts back to making my best effort to live this moment and document in my own mind, this vision that is so much better than my pictures could ever represent.  I want to have a solid memory of this to review later with closed eyes.

My fears of cloud cover went unfounded as we had an almost unobstructed view of the whole thing.  There were thin high clouds moving swiftly across the moon at times that only added another layer of mystery to the event.  They cleared quickly and were only replaced by a thick cloud that blocked out the moon entirely for maybe less than a minute.  We were lucky as I later learned, much of the country had total cloud cover.  Our view out here in the Keys couldn’t have been better! 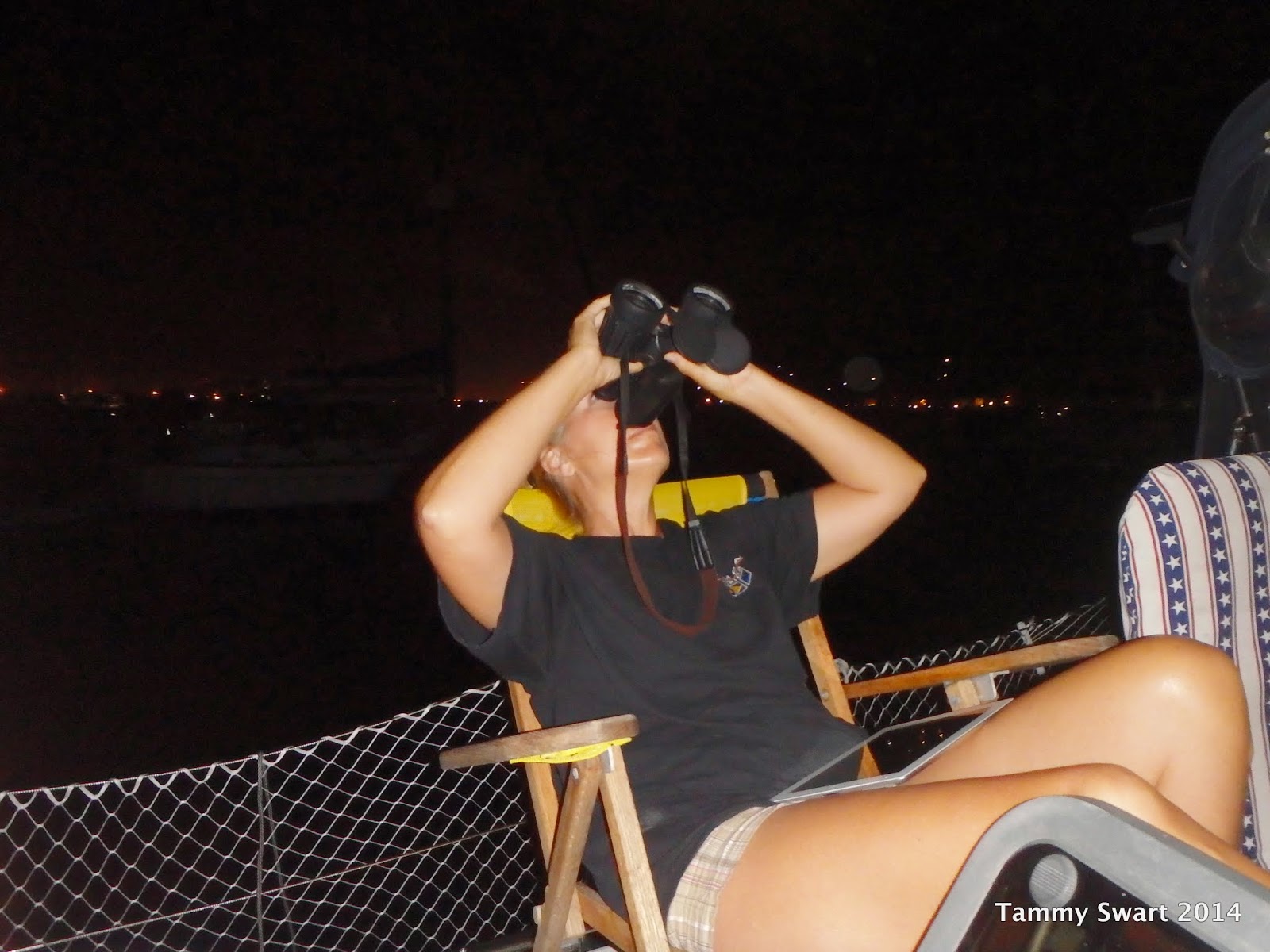 Once total eclipse was achieved, Bruce and Jezabelle bailed on me.  He went back to bed, followed by Jezzer.  Traitors!  How can we miss this?  Well, I guess I’m jaded…  seen it, done it… because the winds were making me start to shiver a little…  So, I shooed Jetsam back inside.  She is our night owl and was totally diggin’ this interlude…  I got her headed back downstairs, and she was snuggled up to Bruce purring loudly by the time I had the boat closed up and made it to my spot. 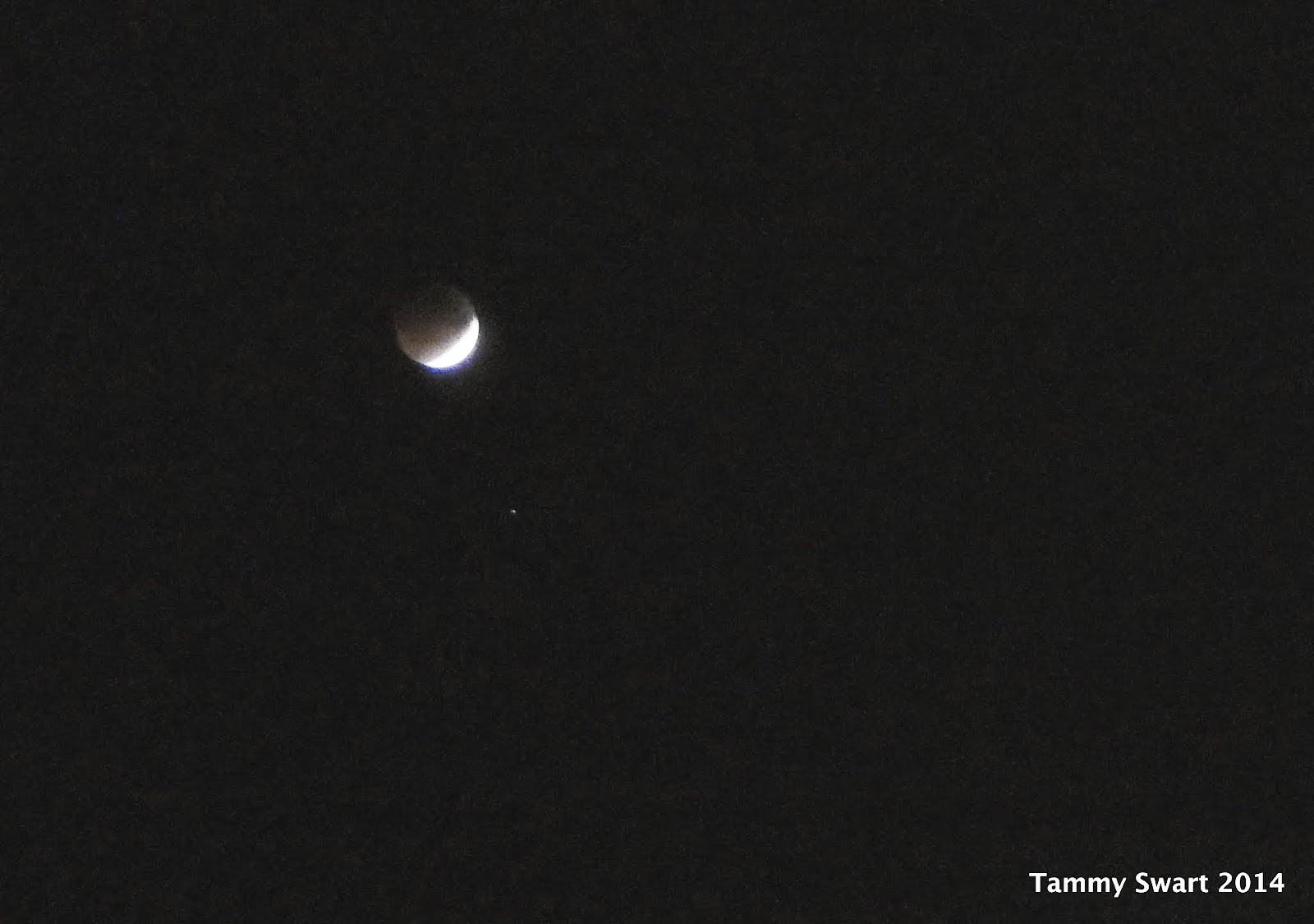 This has been just one more awesome thing to throw onto our pile of awesome things since we started Cruising.  If you missed it, you will have three more chances to see it, October 8, April 4 2015 and September 20, 2015.  Hopefully I’ll be out here where the stars are bright for those as well!  Please enjoy some of my pics.  They are not as good as you’ll see, but they are home made!