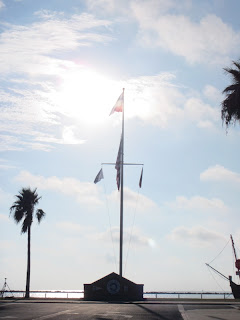 The forecast winds... or lack thereof were the topic of discussion all morning.  The past two years or so, many of our races have been bashes with winds higher than any of us like to sail... today, not so much.  The heatwave continues and everyone was thinking "this is going to be a scorcher". 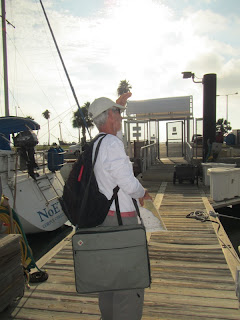 Bruce is the Race Dude for the named races, while another Club member handles the Series races.  This one would be scored for both, since we've had some cancelled races this year due to weather.  This was to be a low key affair with no chase boat, just Bruce and myself... and he wanted to race!  This leaves me as the lonely race committee... 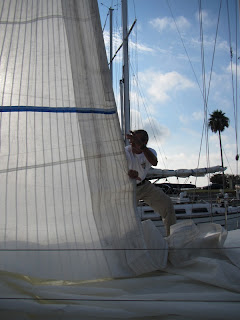 We arrived early and found the captains and crew preparing their boats all along the dock. 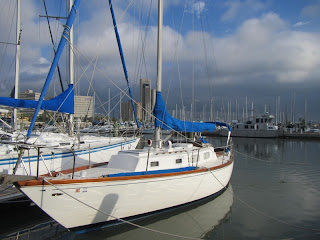 There was a fast moving line of ominous looking clouds that suddenly appeared.  Every time I looked up at it, the beast was closer... A quick look at the radar showed no activity however so we were simply glad for some cloud cover when we could get it. 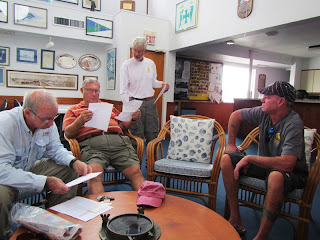 There were five vessels represented at the Skipper's meeting.  The course offerings were: No Wind; Low Wind; and High Wind...  The Ever-Optimistic Skippers chose the Low Wind course, hoping for SOME WIND. 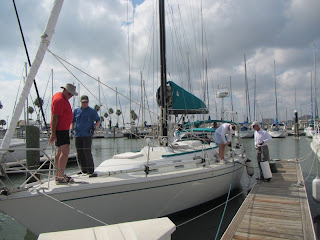 I followed Bruce over to Waypoint where he would crew with Neil and Teresa.  Waypoint is similar in size to our previous boat and Bruce was eager to get in a bit of racing.  He's missed it since we bought Dos Libras.  I waved them off and went to man my post. 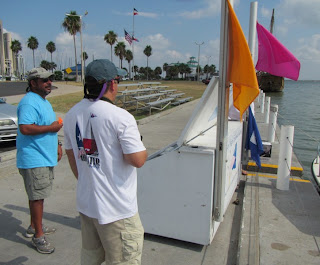 Upon arrival at the Committee Box, I found another Race Committee gearing up for the start of the PIYC Around the Bay Race.  We knew that they would be there but with the light winds, there could be a conflict if there were any postponements.  All I needed was to throw up the white flag at 11:00 and my racers would be on their way.  It worked out well as the other race start was done just before our start time.  I even had a bit of help from the guys.

The Race Committee person's duties come at the beginning and end of the race.  With the light winds, it was possible that the boats could be out there to the limit of four hours and perhaps beyond, before I would be needed again.  So... I left and went for a bit of shopping!  It's not often I have time away from Bruce and he HATES shopping.  What a treat! 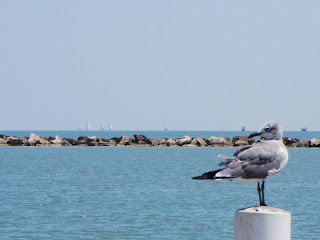 My instructions were to be at the finish line at 2pm, which would be the earliest possible finish time.  I grabbed a burger and slid back into position at about five after...  Guess what... they weren't even close!  It was just me and the gulls.

I got a call from Bruce saying that they were just over halfway done and had two marks to go before heading in.  They were all closely grouped so it was entertaining at lease while they ghosted along at less than 2 knots... 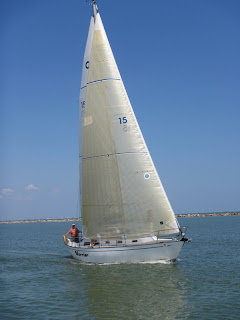 It was pretty hot out there so I spent some time at the Club.  Time flew with friends hanging out there in the AC and it didn't seem long before I got another phone call from Bruce... "we're headed in"!  Warrior came in first! Congratulations Hal (as usual...) 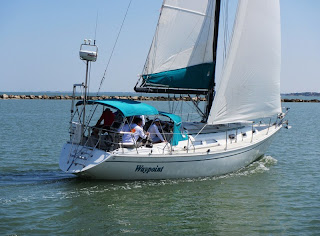 Next around the corner and sliding into second place was Neil on Waypoint.  Bruce was aboard so this was the boat I was secretly rooting for.  Lookin' good out there guys! 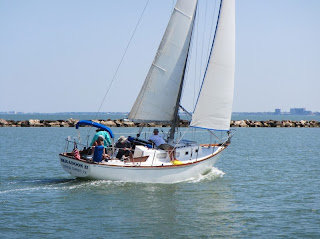 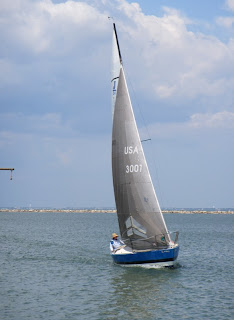 Next along the way was Larry on Pazuzu.  He could have had the advantage with just a wee bit more wind... but it was not to be. 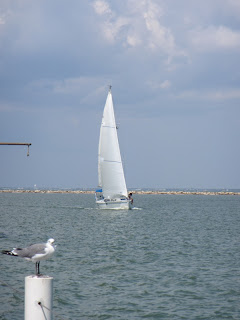 Last but not least to finish was Larry on Windswept.  It just wasn't your day, but even a bad day on the water is better than a good day anywhere else! 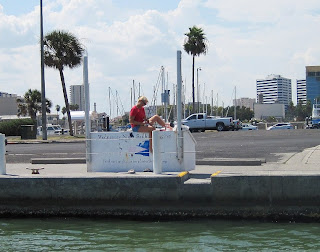 It was a hot one out there and the winds came up just about finish time.  Everyone was in Endurance Mode for this one, not the least of which was yours truly.  Race committee duty is hot work! 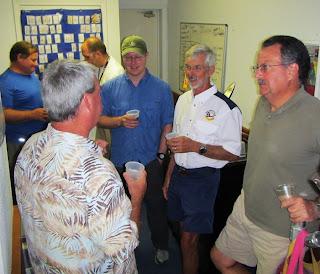 Everyone scattered back to slips to get cleaned up and rest a bit before the Commodore's Dinner got under way back at the Club.  Of course I would catch these guys holed up somewhere talkin' story about the race.  That's what sailors DO!  It was a good end to a fun day on the water.  You just never know what you're going to get with sailing.  But it's always a fun time with the BYC bunch!  Thanks to all of our racers and to Walt and Judy, (Commodore and Mrs. Commodore) for a delish dinner!