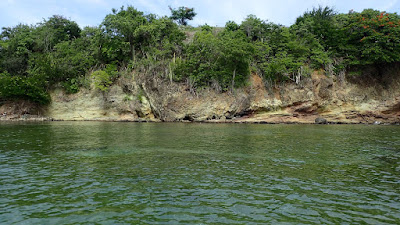 Finally the winds are beginning to come down and Prickly Bay is calming.  Since we got here many months ago, we have wanted to snorkel the surrounding reefy areas but the waters have just been too murky.  Today we could see the bottom of the anchorage.  Today is the day to try the outer reef. 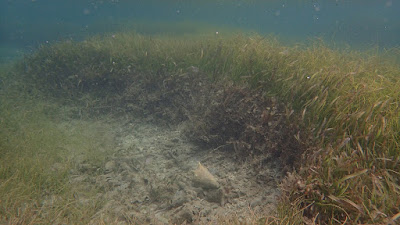 We dinghied to a place on the southeastern side of the anchorage and dropped the dinghy anchor in a sandy spot just behind a shallow reef.  When we took a look under the dinghy we realized that these sandy patches were actually holes in the reef surrounded by a bank with overhangs where creatures could lurk!

The visibility wasn't as good as we hoped due to a considerable amount of surge, even in these light winds and protected by the reef.  It was difficult to hold position and there was just a lot of stuff in the water, but it was still fun to be in the cool water. 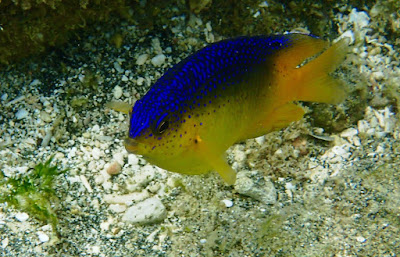 The shallow water allowed us to get close to the bottom where we could hang still to let the fish come out.  These little Damsels were everywhere and MAN are they brave!  I always get a kick out of how they stand their ground, no matter the invader's size! 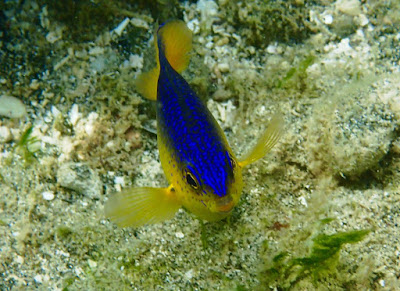 Once my eyes grew accustomed to identifying the lobsters, I saw them everywhere!!!  Bruce even tried to grab one, but without gloves, they are just too fast!  They were all very small.  They looked much bigger until I saw Bruce's hand near one to provide scale... MUCH too small to eat.  And later, back at the boat, I looked up the dates for Lobster Season and found that they are out of season anyway...  Oh well.  It was fun seeing them staring back at us from the murk! 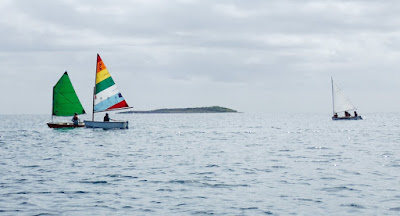 We decided to check out a couple of other spots in the Bay so we took a little buzz around.  There's some deep rocky areas on the southwest side near the entrance but it was a little too wavy over there.  There was one more spot we wanted to check out. 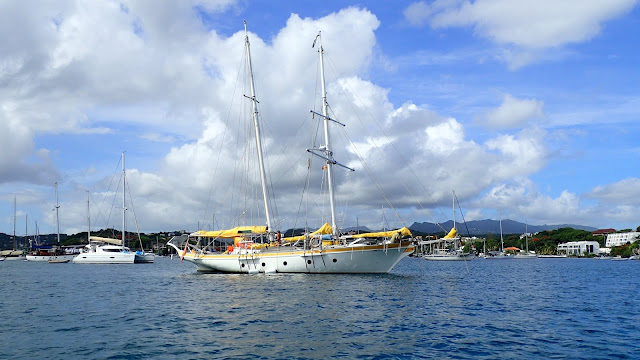 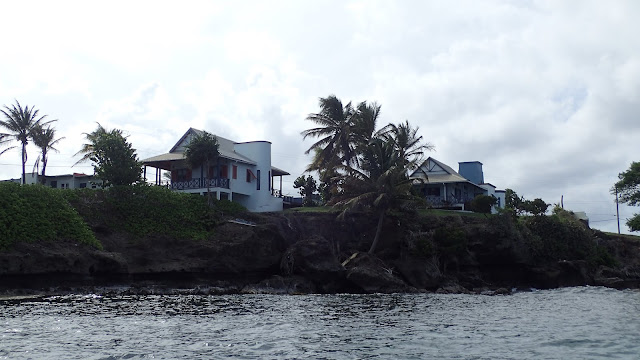 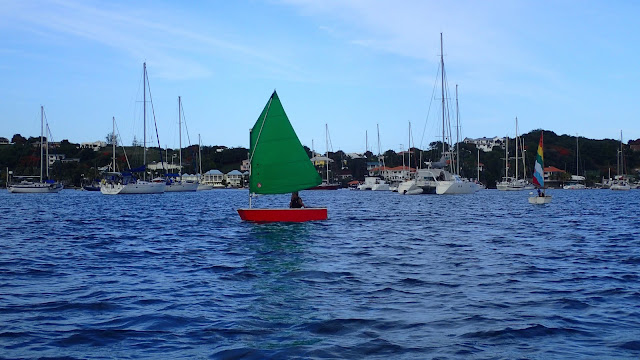 Some time ago we spotted a strange looking coral growth near the point between the two halves of the bay.  We decided to go and search for it so that we could take a look - underwater! We found lots more interesting things as well!  Again the visibility wasn't great and there was way too much surge, but it's always fun to see what's beneath the waves we've been dinghying over for weeks! 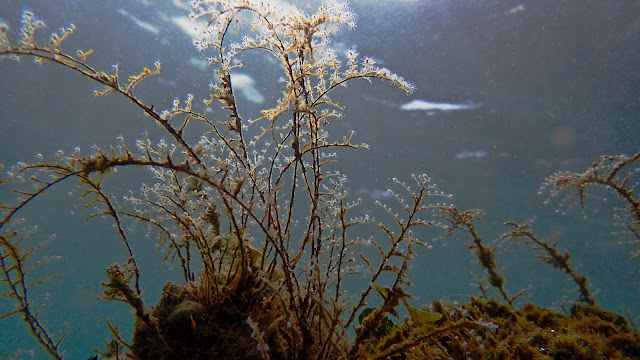 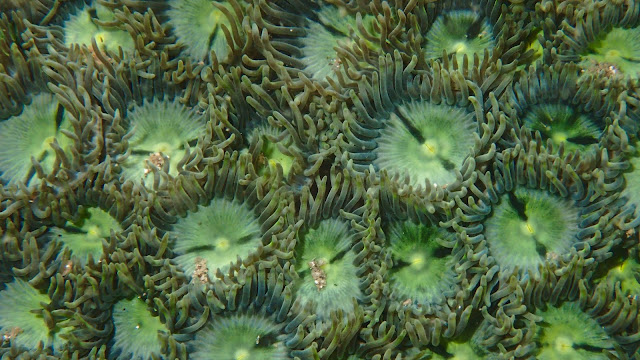 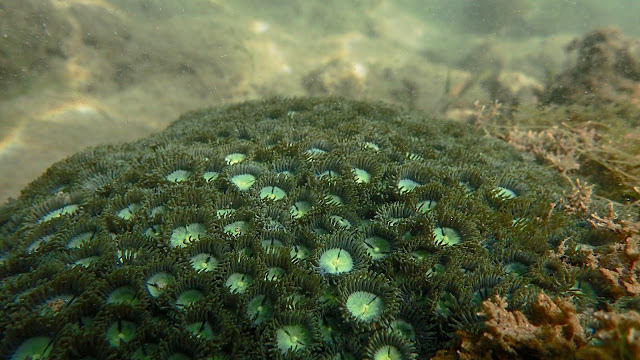 Every time we go snorkelling we find something we've never seen before  Why do we let so much time pass between snorkel expeditions?  And every time we tell ourselves that we're going to do this more often...  Lesson learned.  Even though Prickly Bay is a busy anchorage with lots of boats making it their home, it still hides a fascinating underwater world for us to explore right off the transom!  I swear!  We're going to do this more often!!! 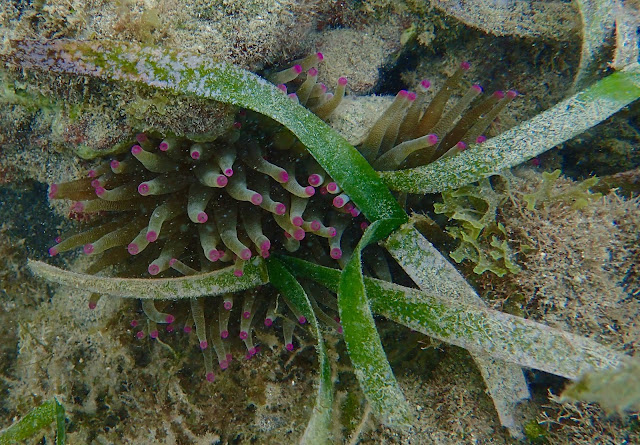