We slept like babies our first night on the hard.

My first shower was heavenly.  The washroom facilities are very clean and modern and they're open all night so we don't have to bother with requesting a key to get in every time we need to go... 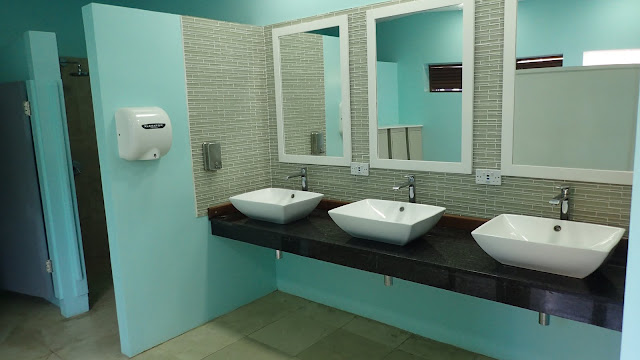 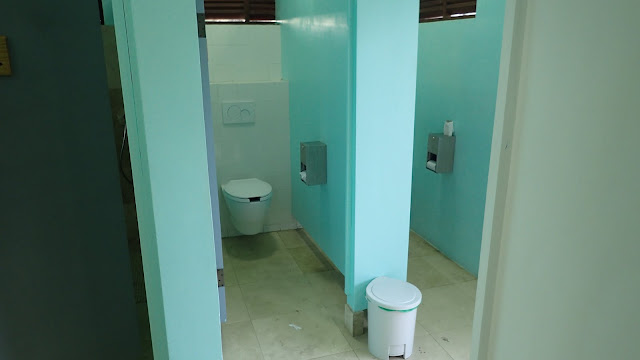 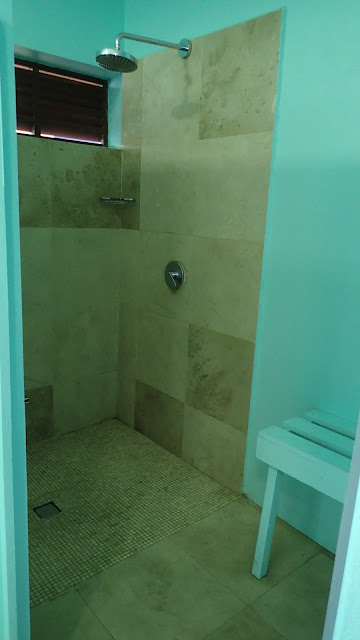 Today we met with Anderson and took a look at the bottom together.  Unfortunately, there are some surprises.  Two spots previously repaired will need a re-do.  One at the spot where the aft end of the keel meets the hull repaired in 2012, and another partway down the forward edge of the keel where the lead keel begins, previously repaired in 2015. The unsettling thing is asking ourselves WHY these spots failed in the first place, and WHY they have failed again!


After talking to Anderson, we're going to prep the bilge for him to come back on Monday and take a look at the keel bolts.  The last thing we want is to try saving a few dollars now, only be the next viral sailor news story when our keel falls off!  Our preliminary look inside reveals that there was also a previous patch applied inside the boat.  This escaped the two surveys we've had but when we looked closely, we saw where filler has been applied to some spots that could have been more extensively repaired.  Our plan is to get them really fixed so we don't have to worry about them again, and so that when we sell the boat, the next owner won't be cussing us when he/she finds this stuff!

We've also decided that instead of just doing the normal bottom job sanding, we're going to take it all the way down to the fibreglass and start over with new barrier coat.  Our boat has NO blisters or water intrusion, (except where the keel cracks are) but it has thick layers of paint that have chipped or worn off in places leaving our bottom uneven and unsightly.


We're also going to have the stress cracks in our hull above the waterline, as well as the many dings we've inflicted on our girl repaired.  Many were were present when we bought the boat and we've lived with them all this time.  Others were added during our watch.  We could just leave them as most are cosmetic, but now we're thinking of the future when we might decide to sell the boat.  We want it to be in good shape, especially since we're heading to the Western Caribbean where services might be less available.

Add also, while we're at it - repaint the stripes!  They look pretty shabby with much of the red color worn off and dull.  We had it polished last bottom job, but they still look awful.  Anderson is going to prep and paint them again, this time we're going with blue to match our new blue bottom! 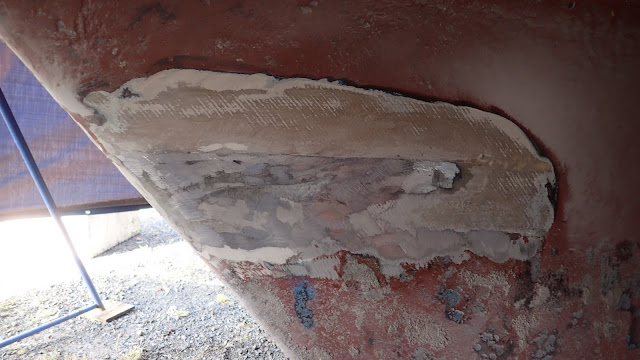 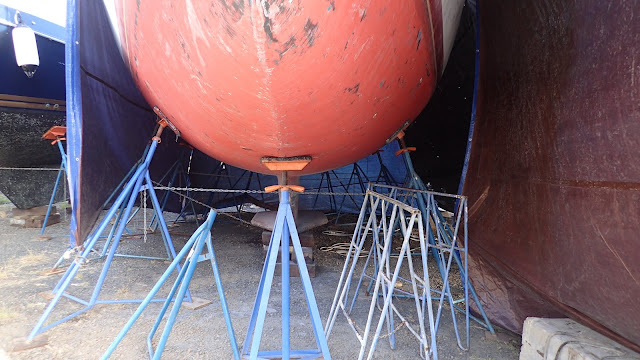 Today was a roller coaster.  My mind does terrible things when I don't know how we will get from here to there.  As we looked over everything and talked it out with Anderson, it seemed that the list just grew and grew.  These jobs seem daunting to me, but I was comforted by Anderson's calm and efficient manner.

He assured me that he could make this all right in the end... and the few things he wasn't confident in doing, he did not hesitate to refer us to someone who could do them.  (Those had to do with the cutlass bearing maintenance and tightening the rudder post.)

At the end of the day, we were dirty, sweaty, hungry and tired.  That shower really felt good!  We talked it over and assessed the situation.  We've got a new splash date.  It went from March 23rd - to now being scheduled for APRIL 9TH!!!  That's a whole month in the yard!  But so far, it isn't as bad as I thought it would be.  I'm adjusting to the height and the ladder.  (Yes... we're peeing in a bucket during the night!  But Bruce is a wonderful man and he takes it to empty in the morning!)  I'm already feeling my arm and leg muscles aching from the climb, but that's a good thing.  It isn't too hot and we've only seen a couple of mosquitos and NO rodents or roaches!!!

We are working hard with the end in sight.  Our boat will be more sound and better looking when this is over!  We've got this!