So we're hanging out in Flamingo Bay, just minding our own business and trying to stay dry... In the back of my mind I know that it's Fall somewhere and that the Holidays must be looming.  Since we have no family within celebration range, Thanksgiving wasn't really on our radar.  Until it was.

Suddenly I was inexplicably compelled and motivated to get to civilization.  For some unknown reason, it became important for me to sit down at a table laden with traditional foods, preferable with friends - old or new, it didn't matter - but friends- and dinner.  Lots of DINNER! On Thanksgiving! 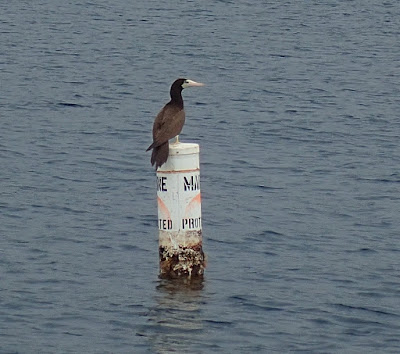 My long-suffering husband, completely used to my erratic changes of mind, stoically let loose from our mooring ball and we motored off into the gathering gloom of threatening squalls.

Why didn't I think of this sooner and prepare accordingly?  Maybe I thought we were further away from the south of Grenada where Cruisers congregate.  Maybe something made me hungry for turkey...


But all I knew was that we had three days to get settled somewhere and find someone who was willing to have Thanksgiving dinner with us!

Once the decision was made, it was easy to formulate a plan.  We would stop for the night in St. Georges and see what was going on there.  I was sure there would be lots of Cruisers around and maybe one of the restaurants would be serving American Thanksgiving Dinner. 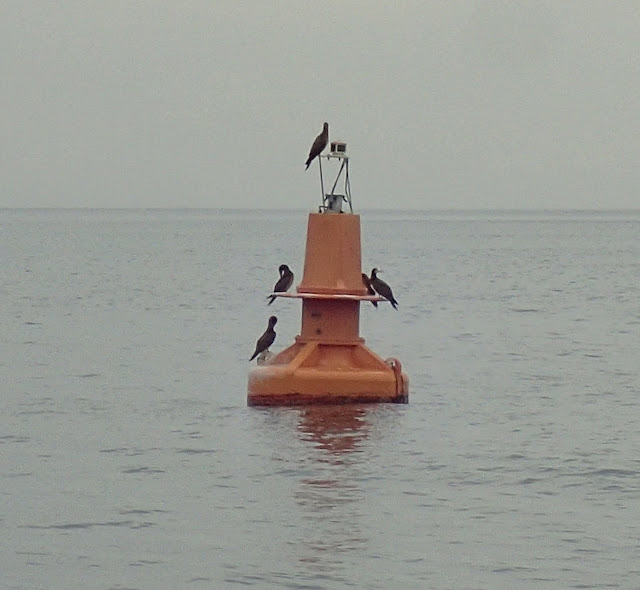 The anchorage for St. Georges is outside of the basin where you'll find the Carenage and the Lagoon. Holding is reportedly tricky and we had a bit of trouble getting our anchor to set close in.  Eventually we moved out further from shore where we found sand deep enough for the anchor to set, but still close enough to make a trip into the Lagoon relatively quick.

The basin that is the Port of St Georges is actually a collapsed volcanic crater.  The ridges of the crater form a protective semi-circle that creates a calm place for pleasure boating as well as commercial vessels carrying on the business of oceangoing trade.  There are several small docks for dinghies that take us right to the doorstep of business we need.  The Island Waterworld Store, FoodLand Supermarket and Grenada Yacht Club to name a few. 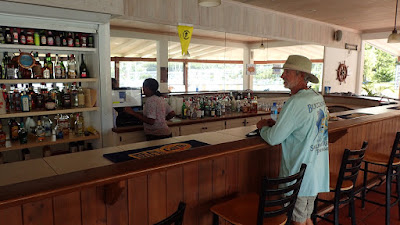 You might wonder why we would NEED Grenada Yacht Club...

No... Not for their reasonably priced bar drinks and great food specials.  Not even for the lovely view and comfortable tables to sit and enjoy the free wifi!

While all of these things are very nice, the real reason we NEED GYC is for their LAUNDRY! 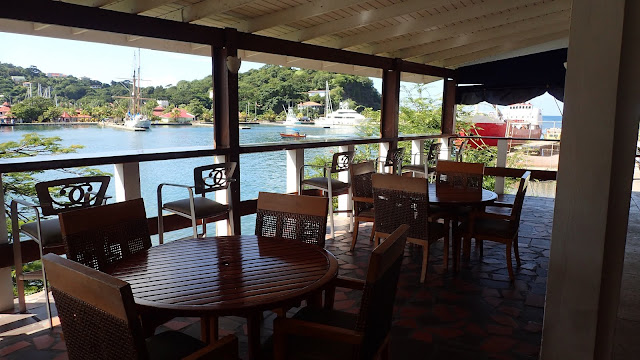 Seriously!  Another Cruiser tipped us off (Thanks Lacey) about the laundry here being the cheapest in the Caribbean.  So far it is!

To make it even better, we used only the washers ($11.50 EC per load which is a tad over $4 US) and then took our wet clothes back to the boat to dry on the lifelines!  And since we saved so much on laundry, we can splurge and have Thanksgiving Dinner OUT!  OK we aren't really that tight, but I do love a good rationalization. 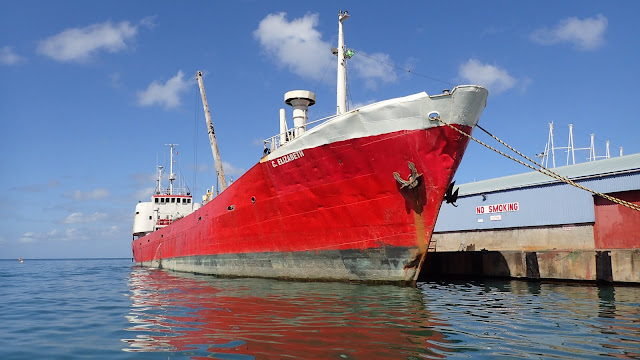 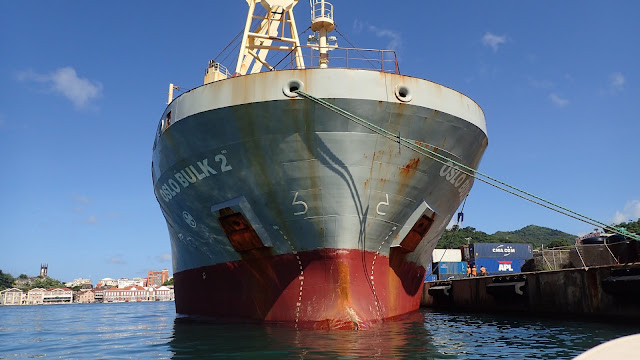 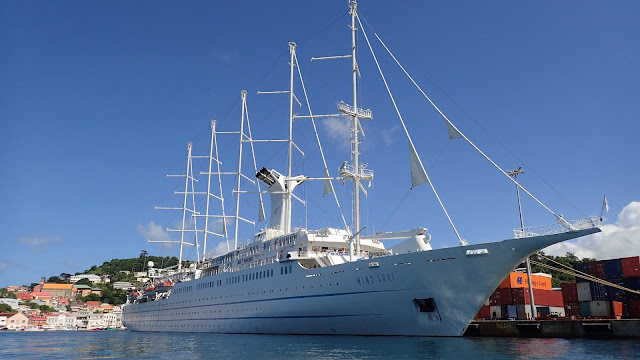 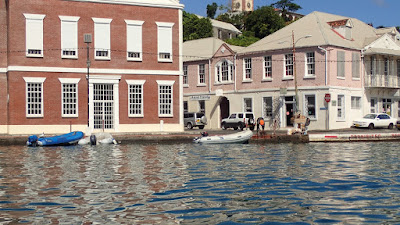 We did some shopping our first day in St. Georges, then on the morning of our second day we took three loads of laundry in to wash.  While the clothes were washing, we zoomed across the harbour to the Carenage for a quick dash into the old part of the city for a bank run.  There aren't any banks on the south coast and we needed to get some cash!

It's been more than a decade since we walked these streets and our memories of our time here are almost nonexistent.  The Town of St. Georges is the Capital of Grenada and was founded by the French in 1650.  The history in these streets is almost palpable and we can't wait to get back here for a more leisurely look... but today, we've got to find a BANK! 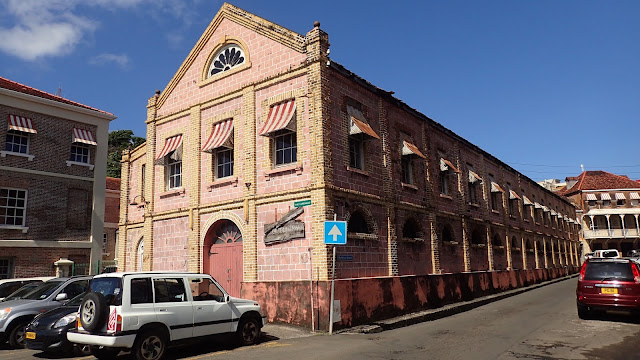 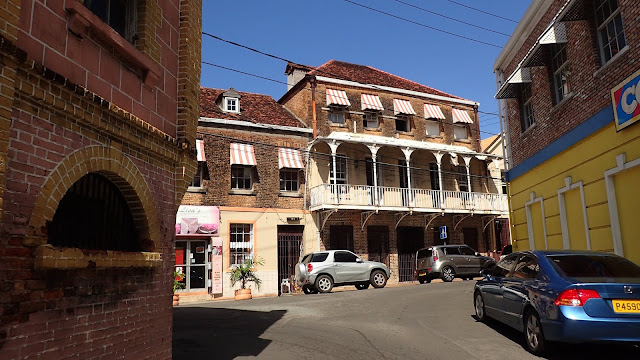 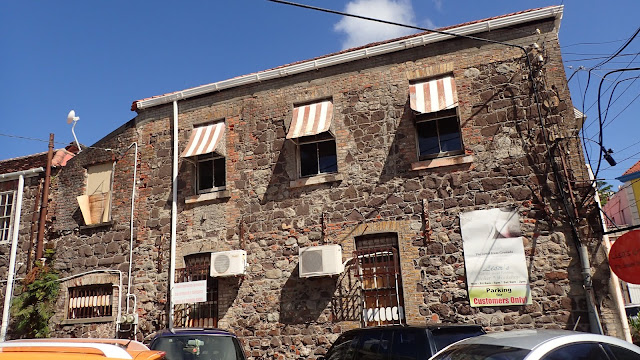 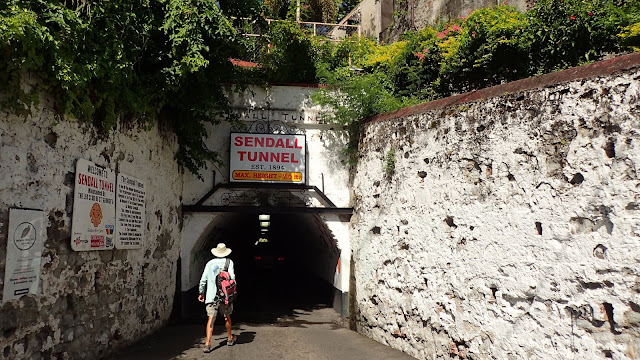 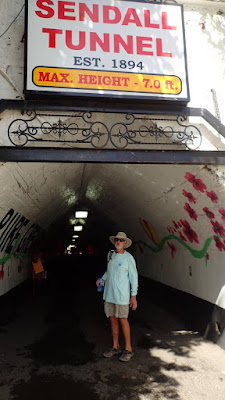 We left the dinghy and made a mad dash through the ancient streets of town in search of the Sendall Tunnel.  Lacey told us that it was the easiest way to get into St. Georges proper where the banks were.  Had she not told us about it I'm sure we would never have ventured into this 350 ft long hole through a mountain!

Of course I have to find out more about this wonder... I found that it was commissioned by Sir Walter Joseph Sendall - Governor-In-Chief of the Windward Islands from 1885 to 1889 - and it was completed in 1894.

It was meant to allow horse-drawn wagons to more easily get from one side of town to the other without having to climb the steep hill.  Now it is open to one-way traffic and pedestrians and I am here to tell you... it's a tight squeeze!  We considered going up the hill on our way back, until we got a look at the hill!  Suddenly sharing a dark tube through tons of rock built the same year as the Eiffel Tower didn't seem like such a bad idea! 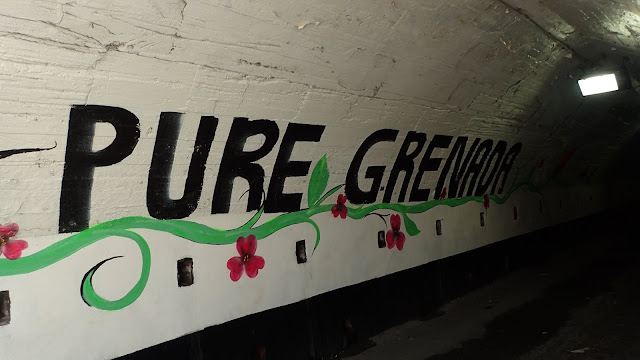 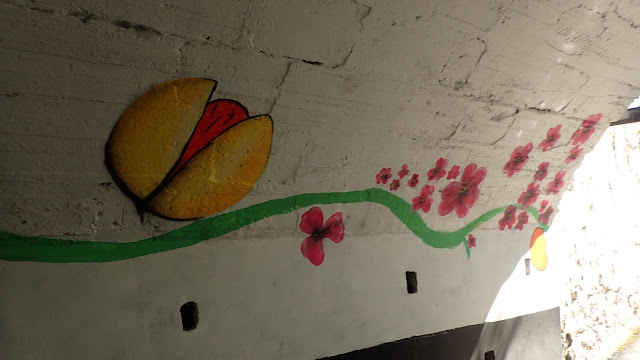 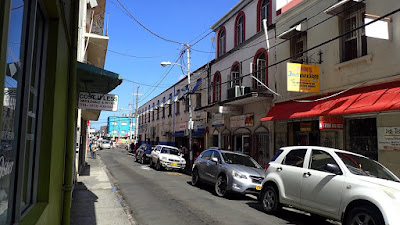 I didn't take many photos of town because we were really rushing AND because we will come back here and bombard you with photos then...

We visited two banks to get enough cash to make it for a while.  We use our credit card far less here in these more southerly islands.  Unless it's a large purchase like groceries or at the marine store, we're almost 100% cash now so frequent stops at the bank are a part of life. 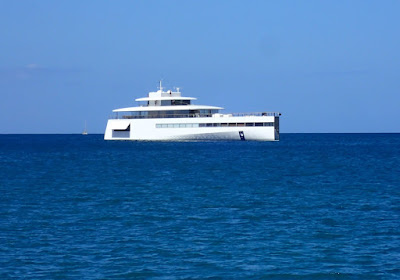 We arrived back at the Yacht Club just as our laundry was done!  We were out of breath from the rush, but we weren't done yet.  We still had to get back to the boat, haul anchor and take off for the south shore of Grenada.  And we hoped that we would arrive to our destination early enough in the afternoon to hang our wet clothes out to dry in the waning sun!

I must say a huge "THANK YOU" to Lacey and Hanse from Ketchy Shuby for all of the advice.  They left the anchorage earlier this morning but before they left, they mentioned that once you make the turn to the east along the southern coast of Grenada, you'll be fighting wind, waves and current all the way to any one of the many anchorages.  While it didn't lessen the pain any, at least being forewarned meant being forearmed... We were ready for rough conditions.  Our weather forecast called for 8-10 knots out of the east.  We got 20 knots on the nose!  And the choppy waves compounded by an adverse current made going slow and bumpy.  But it was short and we were just thankful that we weren't trying to make this hop on an actual windy day!

Jezabelle was a trouper and never complained about the bumpy ride.  The chart shows an intricate web of reef and I stared to try and make sense of it visually while all the while trying to figure out how to get behind them for some protection from these waves.  I re-routed twice to take advantage of the reef and we were all happy when we finally made the turn to port that would take us out of the swell and into safe harbour where we would spend the next month - at least - on a mooring ball in Benji Bay. 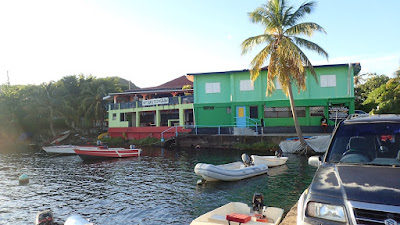 We came here because Ketchy Shuby was here and because they had graciously offered to get Taffy's Restaurant to squeeze us in at their table, even though they had closed reservations for Thanksgiving Dinner days before.  The irony is not lost upon me that we had Thanksgiving Dinner at a place that predominately serves British food, but oh well... At least I don't have to cook!

We arrived in Benji Bay and settled in just in time to relax before the big day!  Thanksgiving Day is usually one filled with running around cooking - starting the turkey before dawn to have it ready for an early dinner... closing up the house and cranking the AC down so we won't sweat too much while we bake and stir pots on the stove.  Even though it's technically a cold weather holiday, it's never much cooler than the 60's (F) back home.  This relaxing thing is a treat that I could get used to!

All we had to do was dress and dinghy ashore to join friends - New and Old - for a cocktail while we wait!

Sadly I did not take many photos.  I was too busy chatting with everyone and enjoying the feeling of camaraderie with my fellow Americans.  We are all far from home and from anything remotely familiar in our daily lives.  But for this one meal we all sat down and ate the same old foods - albeit prepared by different hands - but the warmth in our tummies and in our hearts was, well almost as good as the real thing!