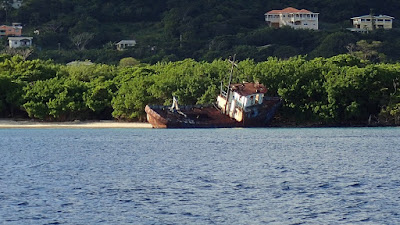 Plans are often changed by someone else.  Today, our plan to anchor at Calypso Island for some solitary snorkelling was thrown out when a better offer came up.  Our friends on Pyxis were heading north and if we wished to see them, it would require a minor detour to nearby Flamingo Cove.  But first, we had to get to GRENADA!

Yes, Grenada.  That's the island we chartered from back in 2004.  The island that we dreamed of coming back to someday on our own boat.  Today, that dream became a reality as we pulled up the anchor from neighbouring Carriacou to tick off another item from our Bucket List! 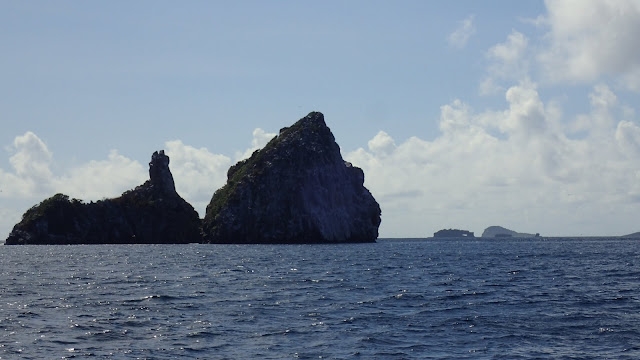 Conditions couldn't be better for the short hop between islands.  We left Carriacou in nearly calm winds, but things picked up soon.  The entire distance was a constantly changing mix of winds, waves and a sneaky reversing current that was sometimes visible on the water's surface.

It was one of the most fascinating passages to date as we compared the charted depths with the changes in conditions.  We dropped off a shelf and things changed.  Then we moved back over the shallow waters and we saw our speed change once again.  Add all of that to the strange land formations of the rocky island peaks that form a protective barrier from open ocean waves, and you have an interesting day on the water.

Our normal routine of getting settled on the mooring and relaxing the afternoon away was scuttled as we got the call from Pyxis once again.  We jumped at the invitation to join them for a dinghy adventure to snorkel the Underwater Sculpture Park off Molinere Point. 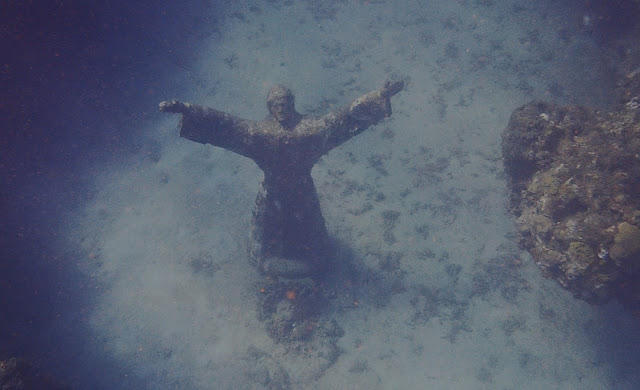 Of course I took about a thousand pictures... But I've made a short video tour of some of them here:


We've snorkelled in a lot of places... and this spot will forever stand out in our memory as a favorite.  There were lots of fish, unique underwater structures and shelves... and oh yeah... The STATUES!

There are reportedly nearly 200 of them but no map of where to find them all.  We spent almost two hours swimming around searching for the statues.  It was like an egg hunt!  What a fun new twist on ho-hum snorkelling! 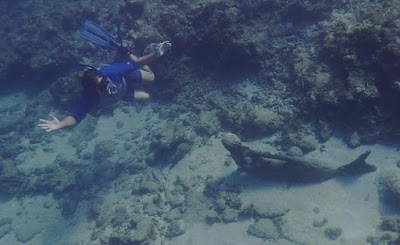 Jesse is an amazing diver!  I watched the perspective appear as he dove down to get up close photos of some of the statues.

We swam until we were waterlogged... and THIRSTY! 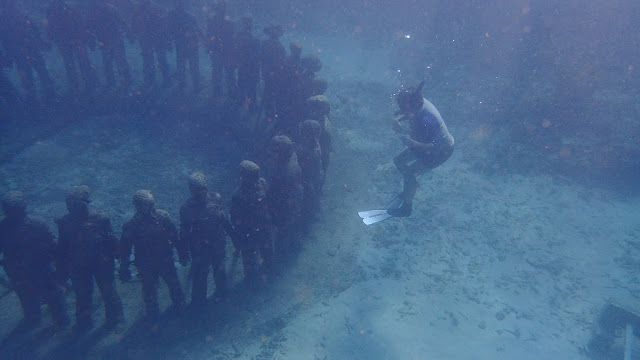 Next stop, a most conveniently located bar in nearby Dragon Bay!  A couple of local boys helped us beach the heavy dinghy and we spent a lovely afternoon catching up on all the things our friends have done since we last saw them back in Marigot Bay, St. Lucia. 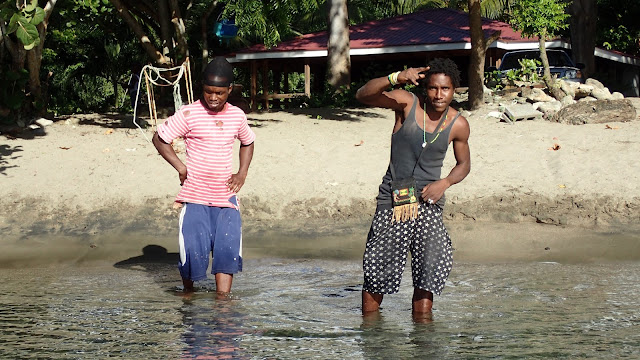 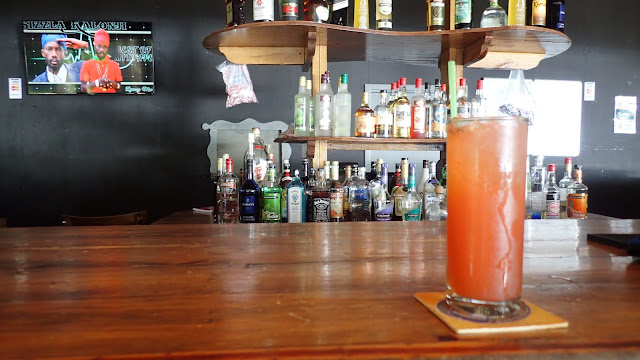 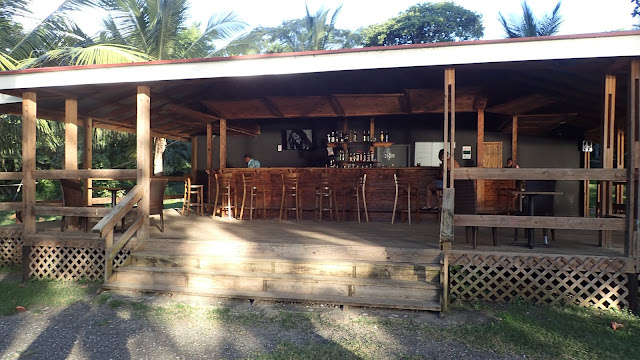 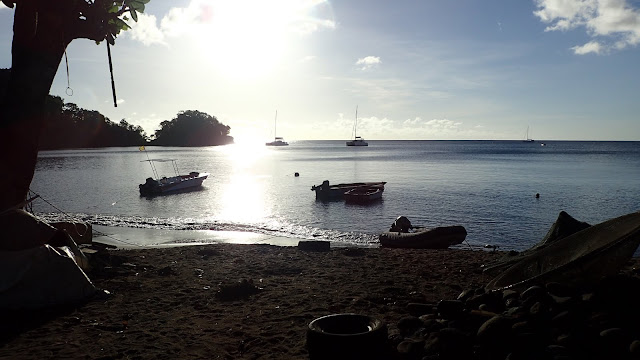 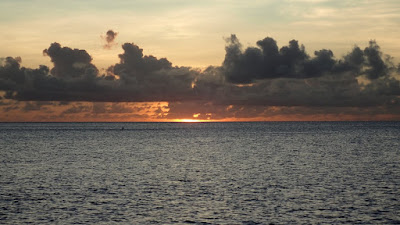 As the sun began to set, we motored back to Flamingo bay for the Golden Hour.  Pyxis was going to continue on the next morning, but ended up staying another night.  We had big plans to do some snorkelling in Flamingo Bay but were rained out, and then we just got lazy as the boat rolled with the swell.  Sometimes you just do nothing and this looked like the perfect opportunity.

As always with the setting sun, we mused about what brought us here and wondered why we didn't snorkel the sculptures back in 2004.  I guess when you're on a charter, you just have too few days to get it all done.  What a shame!  It would have been cool to compare how they were then with how they are now.  So many of them have already succumbed to storm damage and the passage of time.

The sculptures are supposed to encourage new coral growth and we could see that many of them already had a good start.  Some day you may not even be able to recognize that there's a sculpture inside the reef...  We can only hope.

We're thrilled to be back in Grenada once again after all these years.  As we tick off a goal set long ago, we're sort of at a loss as to where to go next.  It's almost like we never really thought we would make it this far, and now that we have... we don't know what to do!  But, I guess something will some to mind.  But for now, we're just going to relax and enjoy another Cruiser Mecca - GRENADA! 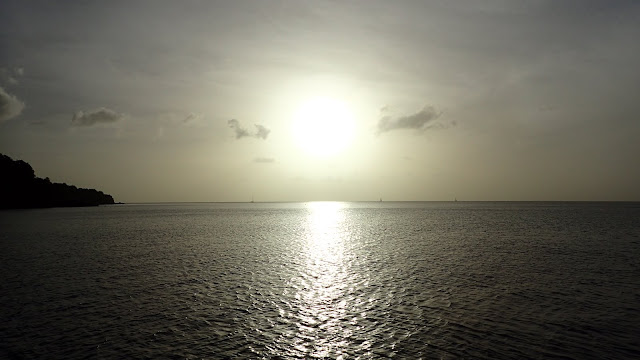