The Solar Eclipse From St. Lucia

Imagine NOT being in the United States when one of the biggest Natural Events of the decade occurred!

Well duh... It's not like the US is the only place you can see the SUN!!  A little Googling found me this website - Time & Date - that would tell me what time to view the eclipse from here in St. Lucia!  It's pretty cool... you just enter in your location and it gives you the scoop! 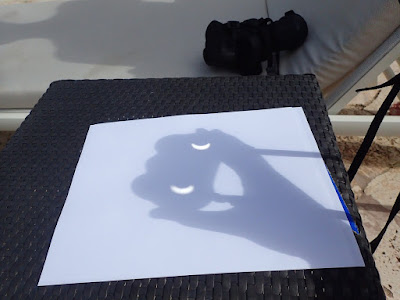 I found out that our eclipse would begin at about 2:30 in the afternoon and end at around 5 o'clock!  What a coincidence... that's about the time we'll all be at the swimming pool!  I passed the word around that we would gather any tie before 3:45, when the maximum amount of sun would be eclipsed... and I turned my attention to figuring out how NOT to burn my eyes while still being able to "see" the eclipse! 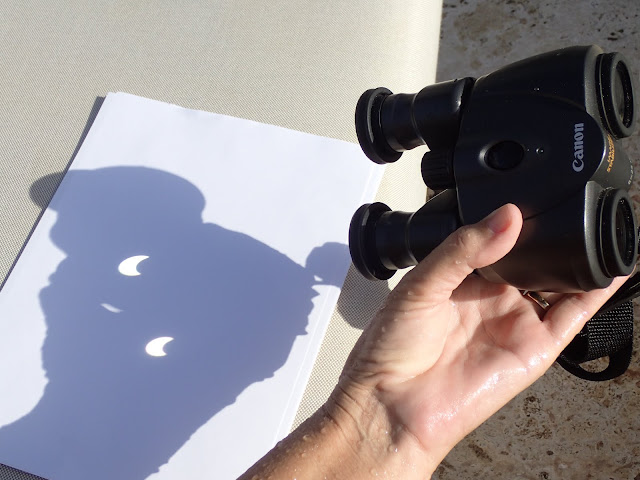 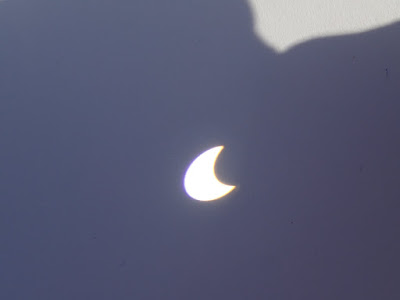 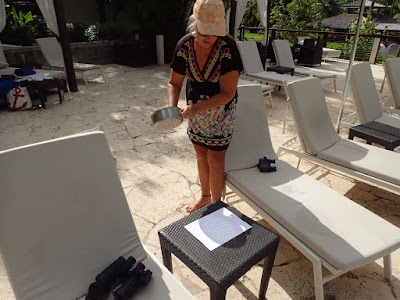 Lots of information out there and I remember making a viewing box for an eclipse as a child...  But I'm not going to go to that much trouble.  A Google search showed me how to make an easy viewer using a piece of paper and a pair of binoculars! 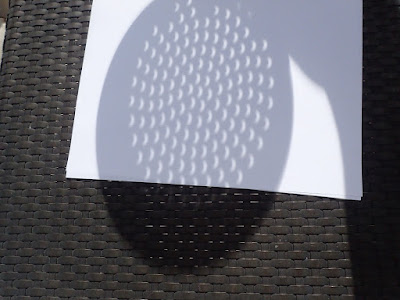 I also saw an idea that was simple enough to do... Use a colander to view the crescent.  Just hold the colander to between the sun and the paper and the holes will make little moons!  Too cool!

I had to raise and lower the colander to sort of "focus" the holes to achieve a sharper image.  It wasn't great, but it was entertaining for a while... 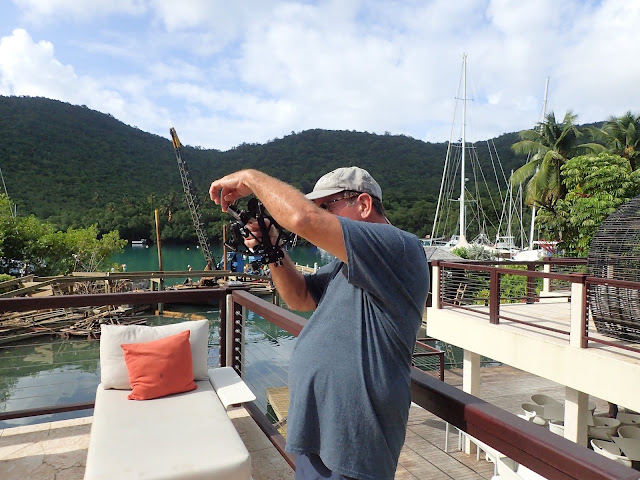 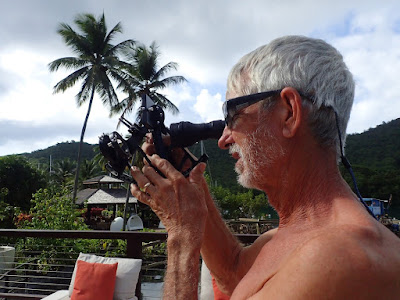 I was already losing interest in this marvel by the time the rest of the group showed up.  Jesse from Pyxis brought out his sextant.  He showed Bruce and I how to find the sun and see an image inside... It was pretty sharp but I had a difficult time keeping the sun in the right spot.

Then the clouds passed and everybody got to try the sextant! 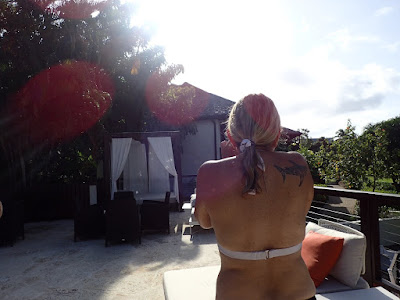 You have to point it in the direction of the sun but not AT the sun... point it level so that the sun is reflected down into the mirror and projected to the lens so that you can see the darkened image without hurting your eyes!

Drinks arrived!  Back to the pool party!

All over the US people were driving miles... HOURS to be in a place they could witness the Total Solar Eclipse.  It's a big deal!

Traffic was backed up and hotels were booked to capacity... people were sleeping in cars!

Fields were crowded with people setting up chairs and making little nests so that they could hang out and wait for the big event.

My daughter and her husband in Florida were two of thousands who drove to another STATE to see it!  And when I talked to her after she got home... she said she would do it again.  It was that awesome!

People across the US turned their faces to the sun as the eclipse made it's moved from West to East...  Millions were in position to take the perfect eclipse photo.  A movie was made from a compilation of 46 thousand photos taken by over twelve thousand participants... The photos were compiled into a MEGA MOVIE!  It's cool!

Oh one last thing... When I looked at the Time and Date Website again today... it shows another eclipse!  Poke around on the website.  You can go backward and forward in time and see ALL of the eclipses in all parts of the world!  There's Total Lunar Eclipse coming to Castries in January, 2019!