The weather wasn't really cooperating.  There are SO many beautiful places to explore along the coast of St. John, USVI.  We've done the northern coast and really wanted to make some stops along the south side... but with winds in the mid 20s out of the SE, we didn't want to take the chance that those anchorages would be uncomfortable.

The anchorages on the northern side were calm and the sailing was good with small waves.  Francis Bay looked like our best option for some snorkeling and a calm night on the mooring ball.

There were a bunch of boats just to the south of Francis Bay, in the Maho Bay anchorage.  We avoided them hoping that there wasn't some compelling reason we should choose the more crowded spot. Here we had a break in the hills to allow the cooling wind to come through and it looked like the surrounding rocky patches would provide some great snorkeling. 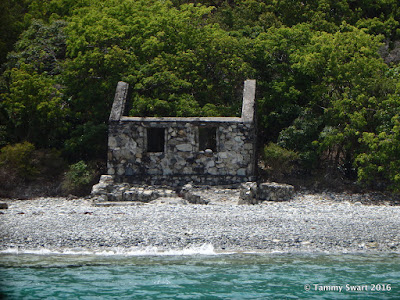 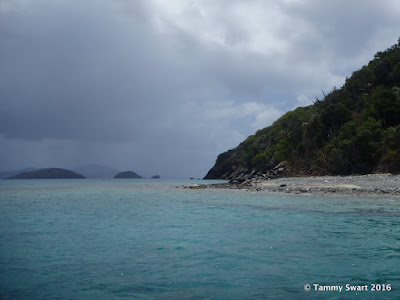 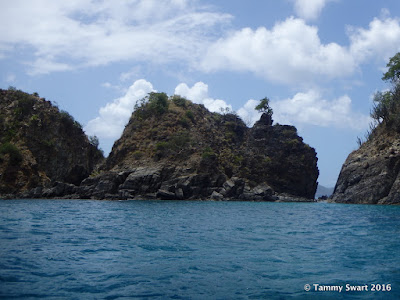 We dinghied over to Whistling Cay were there are dinghy moorings for easy access to the best snorkeling spots. 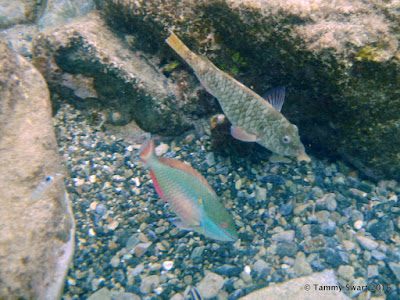 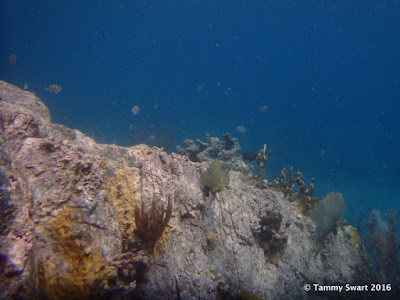 We snorkeled among the huge rocks and were a little disappointed with the lack of color.  There were some patches of coral and sea-fans and SOME fish... but not what we expected. 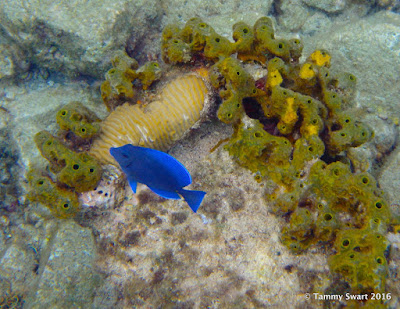 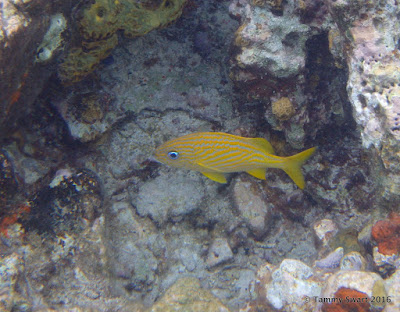 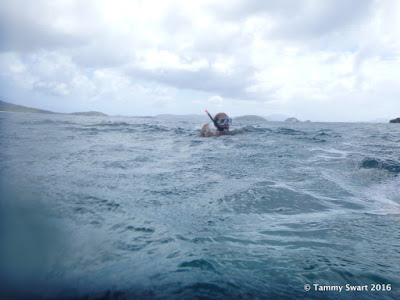 Visibility was good in spite of a brisk current.  JD was doing well in the deep water although he confessed that he hadn't been snorkeling in years...  But, the waves continued to build until we finally decided that the risk was not warranted so we dinghied back up and returned to the boat 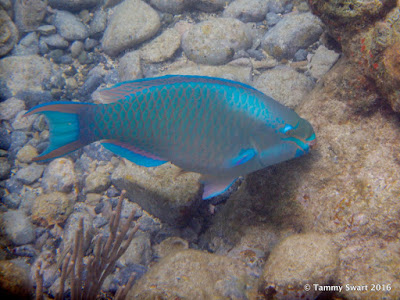 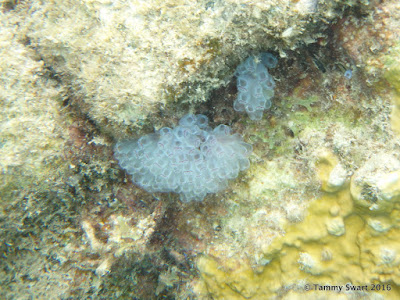 Although we had hoped to spend some more time in the USVIs, a check of the weather in the coming days forced us to give it up and head for the BVIs. Perhaps we will change our opinion sometime in the future... but at this point, we'll take the British Virgin Islands, HANDS DOWN over the USVIs!