Today looks like it might be our best chance for getting off of the boat for a WEEK!  The weather is forecast to be rainy but today... a peek of Sunshine!  A quick internet search filled today's agenda!  First, the Charleston Farmers Market... then Drayton Hall! 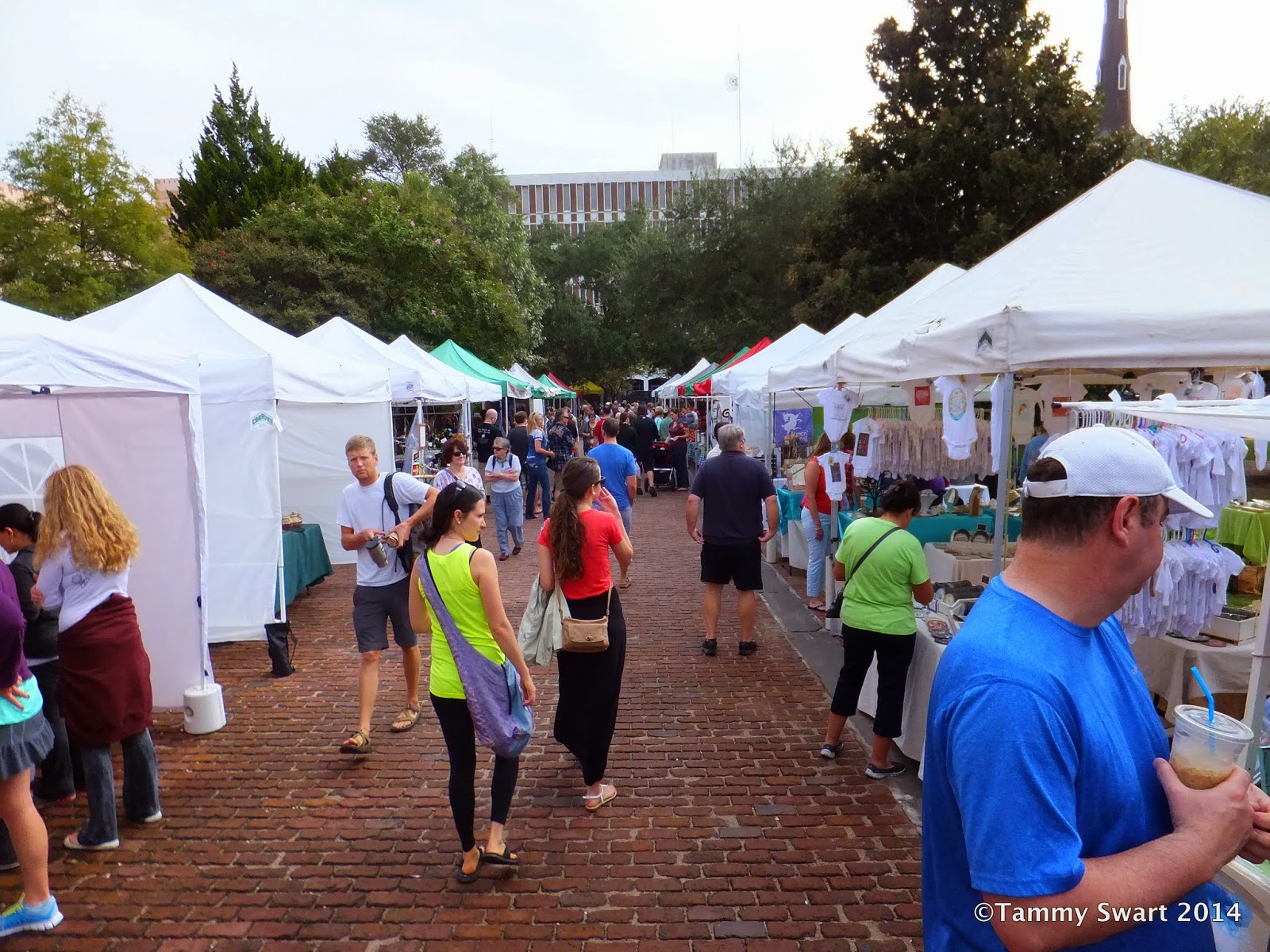 I LOVE Farmer's Markets and we wanted to arrive early for the best selection.  We have attended quite a few farmer's markets along the way and the early bird definitely gets the veggies... 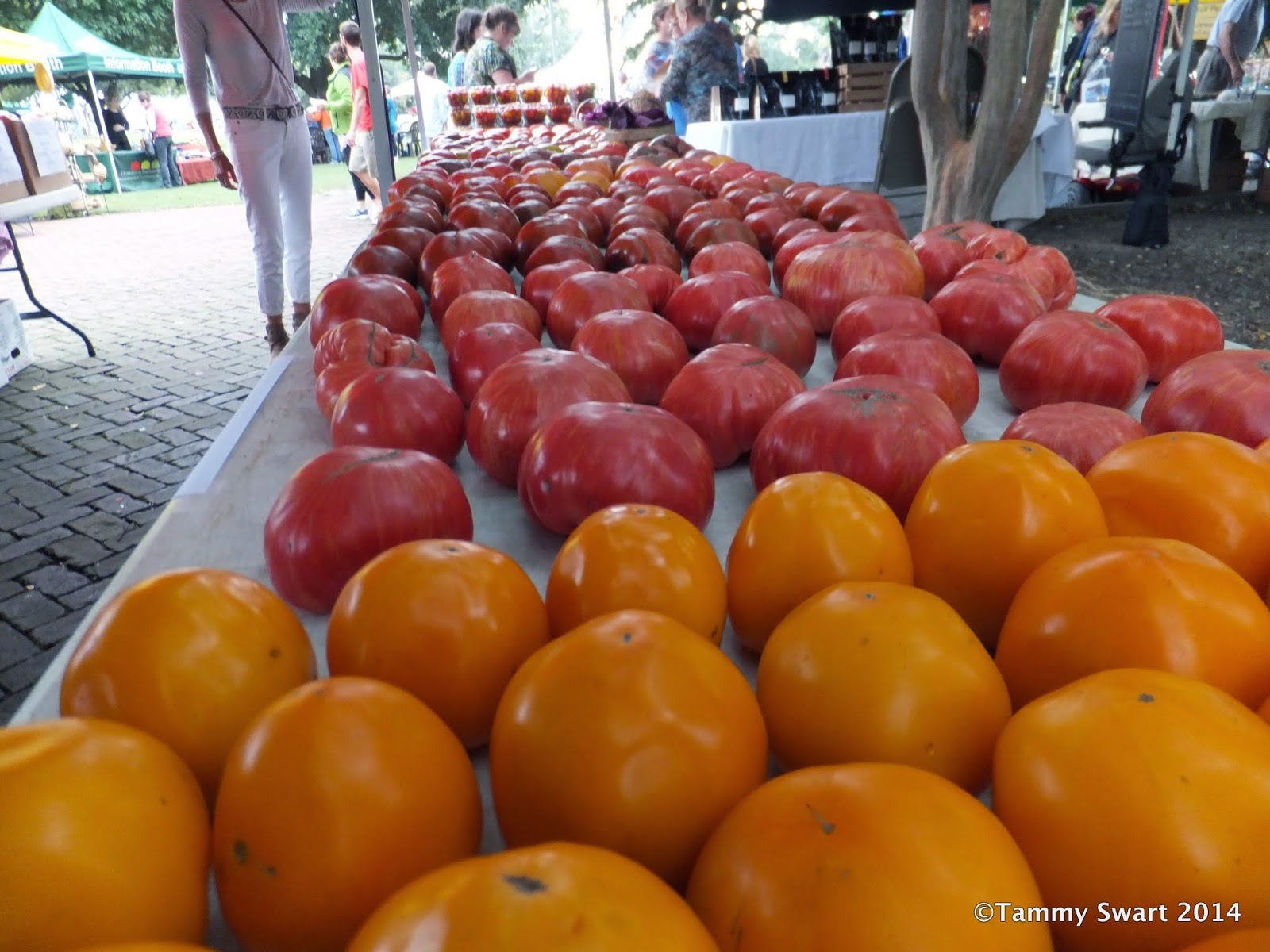 We need not have worried though... there were plenty of beautiful fruits and veggies to be had.  I've never seen such a selection!

And the prices were surprisingly good for the common items.  They did have some exotic stuff that was pricey, but our list was simple.

The Market was comprised of veggie/fruit vendors as well as people selling home made items such as art, soaps and cheeses.

There were multiple prepared food vendors in a sort of food-court section and the scents that wafted through the cool fall air were delectable.  We cruised through there and took note of booths we might like to visit next week. 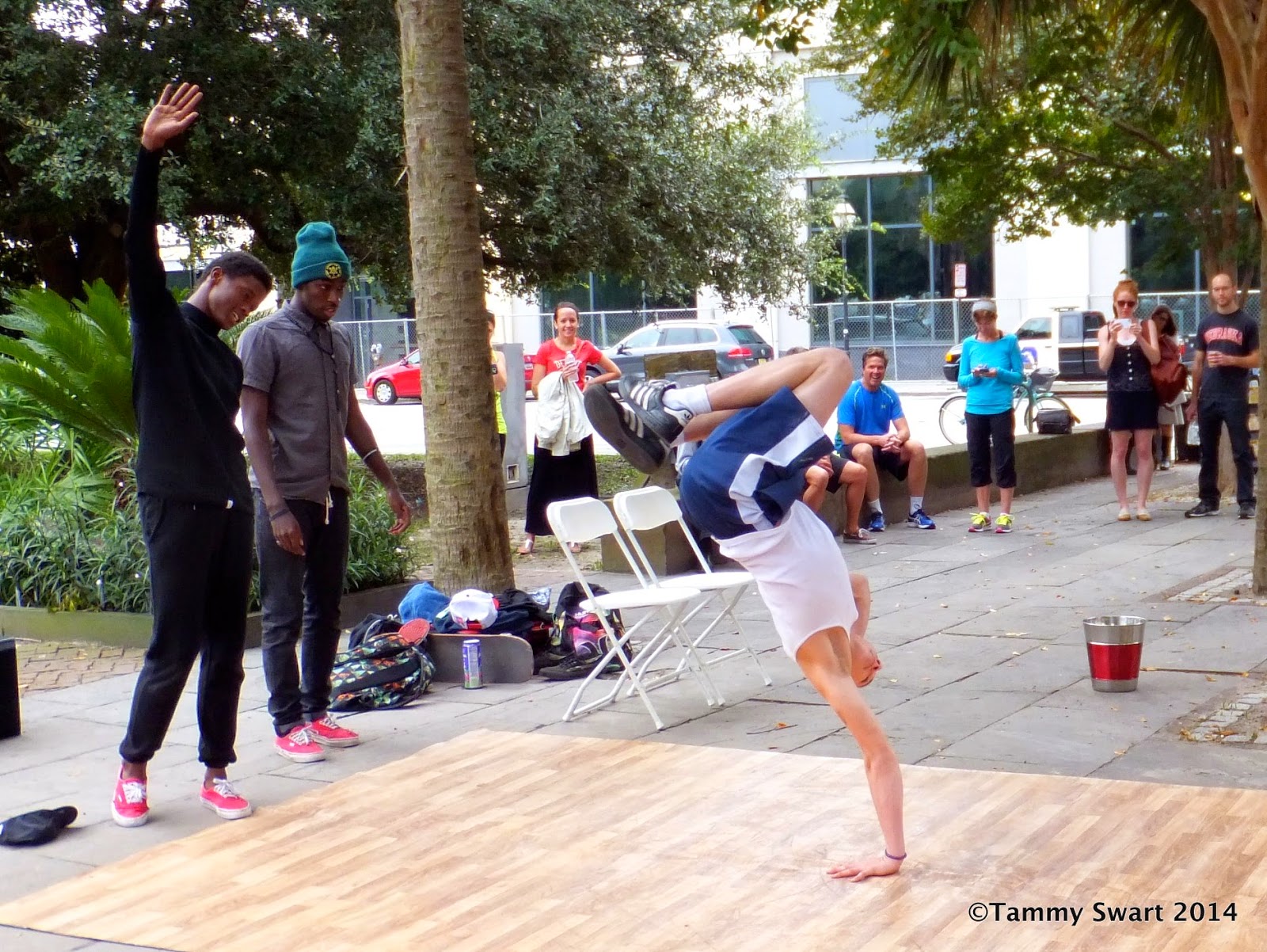 Just past the food court, we found a troop of street performers doing some amazing things.  They were breakdancing (is that still what it's called?) and their athleticism and strength was astounding. 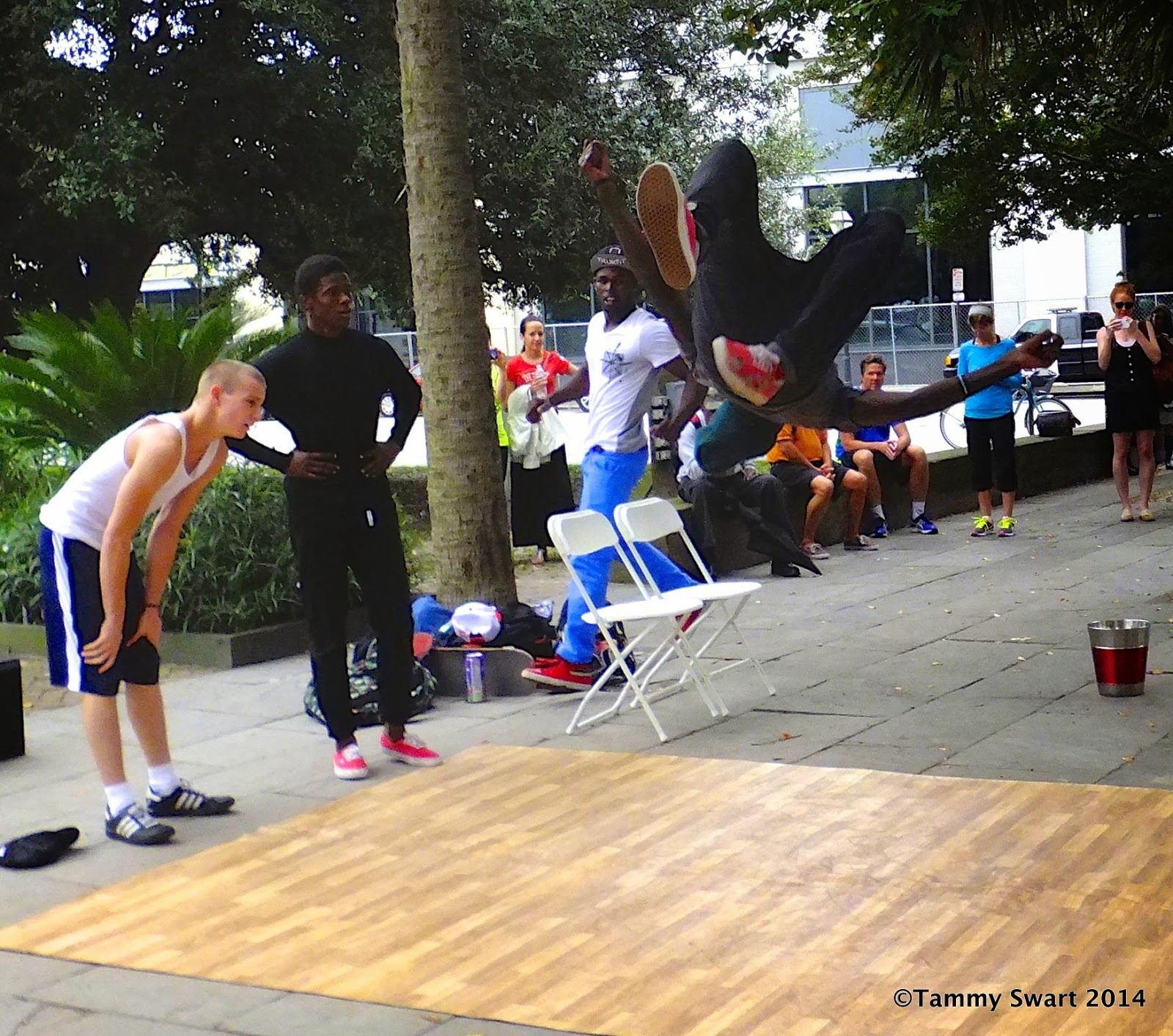 They were also wildly entertaining as well.  We stood and watched until the show ended and tossed our contribution into the can.

We cruised back through the market and finalized our choices.  We loaded our loot back to the car like pack animals.

Next stop... Drayton Hall!  There is no shortage of historical homes and plantations in and around the Charleston area.  How do you choose which one(s) to visit?  Well sometimes it's better to be lucky than smart, and today was one of those days. 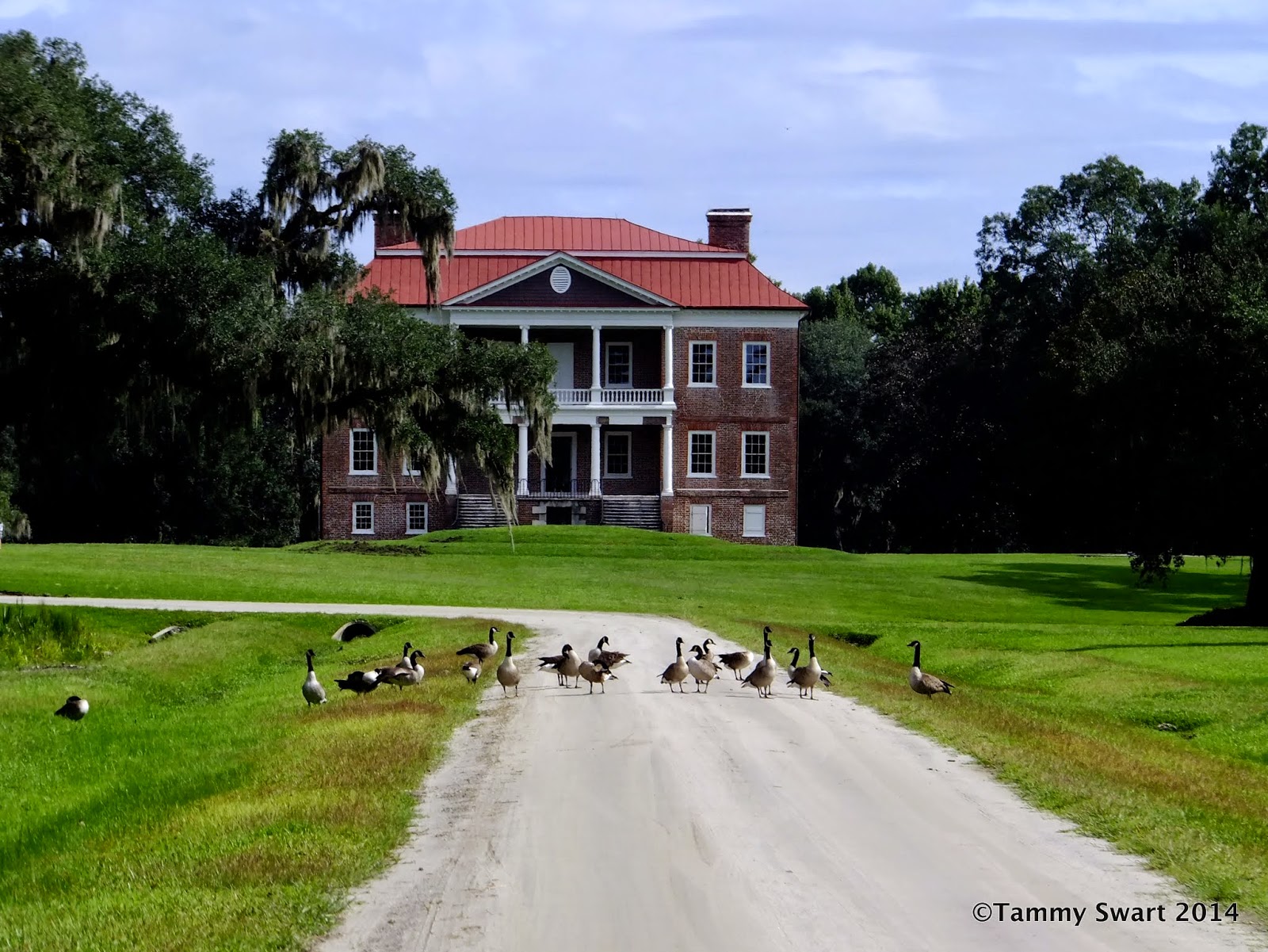 During my morning internet search, I stumbled upon some information... Today was Smithsonian Magazine's Museum Day Live!  I went online and printed out our ticket to tour Drayton Hall for FREE!  There is not much that Cruisers enjoy more than anything FREE!!!!

We enjoyed the half hour drive out into the country along the tree-lined Ashley River Road.  There was a flock of wild geese guarding the final approach to the house.

We presented our free pass and learned that we had arrive ten minutes before the next tour... SCORE!  We parked and strolled out towards the lawn where we joined our fellow tourists beneath a huge tree.

There was a magnolia that was heavily laden with buds just days away from flowering.  I would have loved to have seen that, but maybe I'll get my fill of magnolias while we're here... 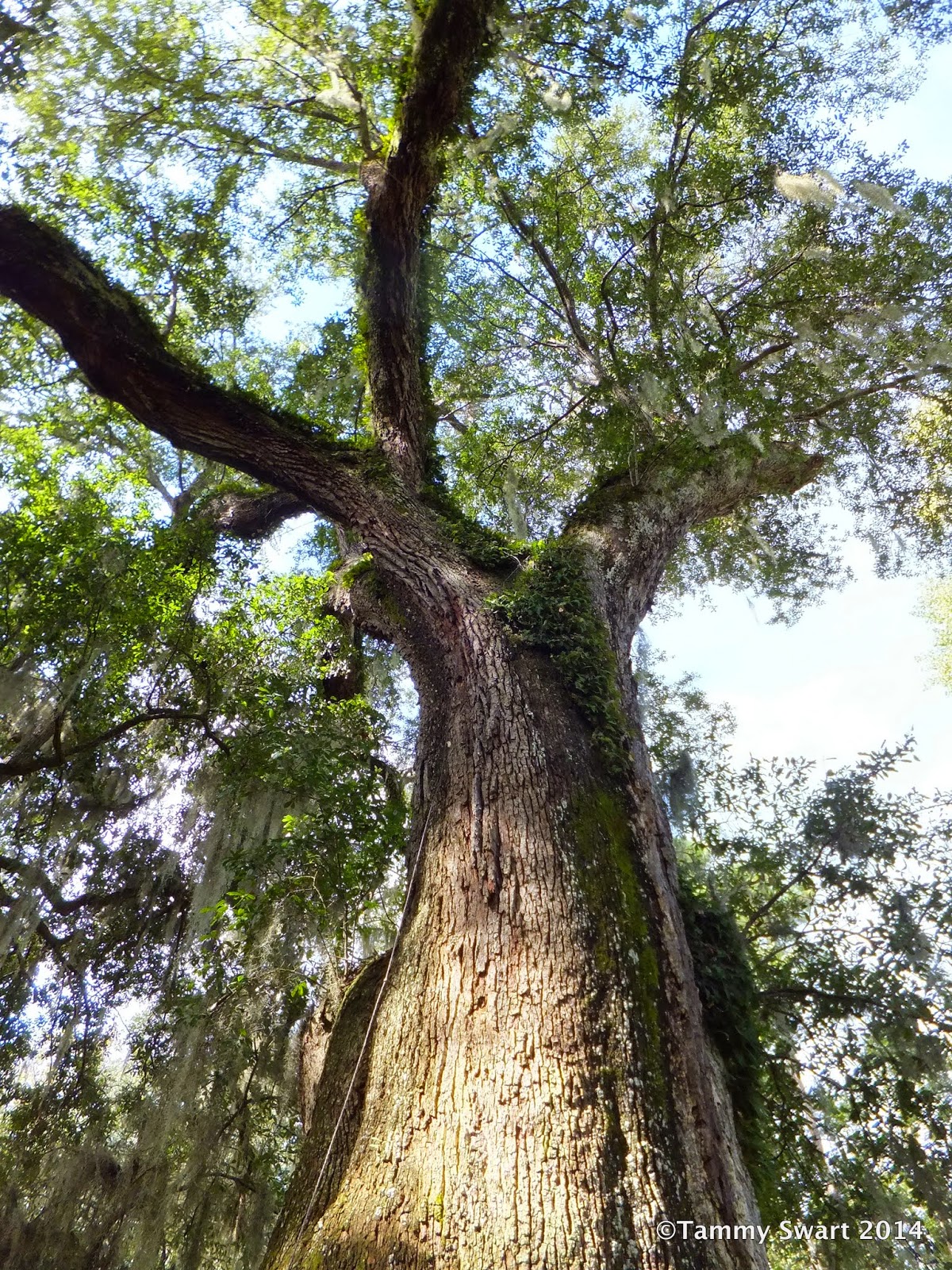 You could practically feel the history stretching back into distant times past.  The voices of our fellow tourists could easily have been the sound of the Drayton family and their enslaved workers reverberating across the lush lawn in the quiet morning. 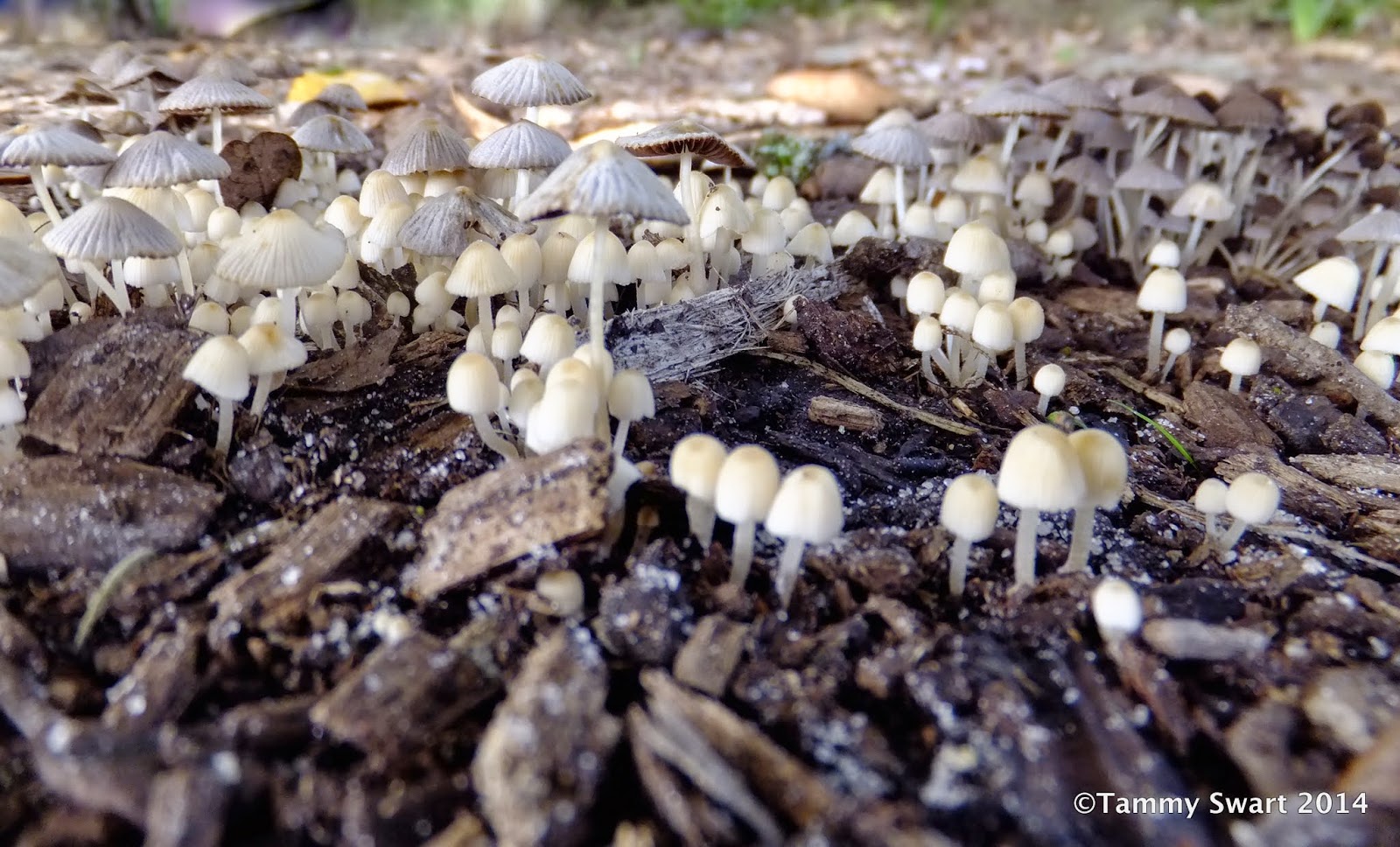 Recent rains had left the air heavy with moisture and the ground was saturated, providing the perfect conditions for thousands of the tiniest little mushrooms I have ever seen! 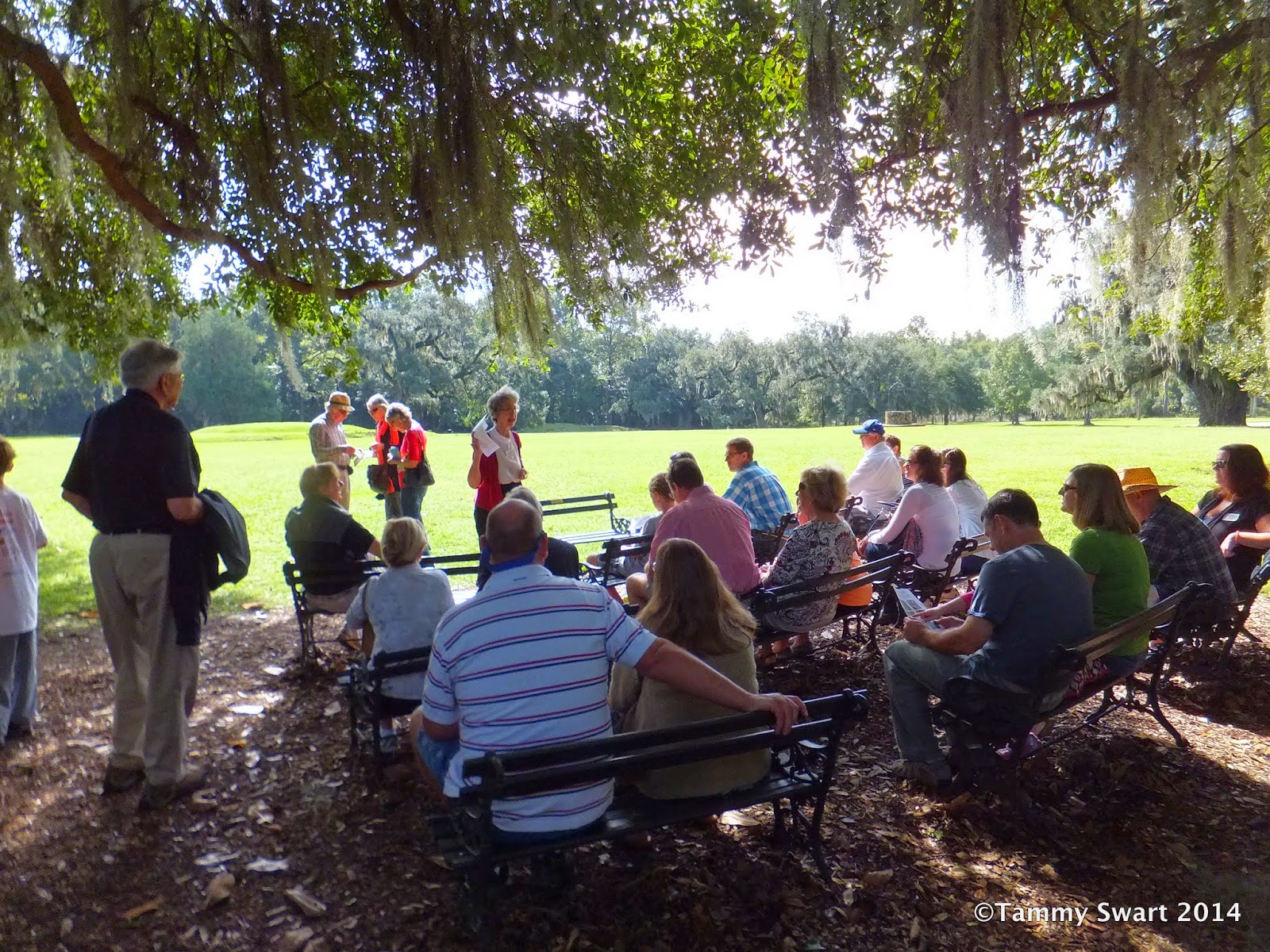 Our group was split into two as I guess there were lots of lucky people who had stumbled upon this FREE museum day! 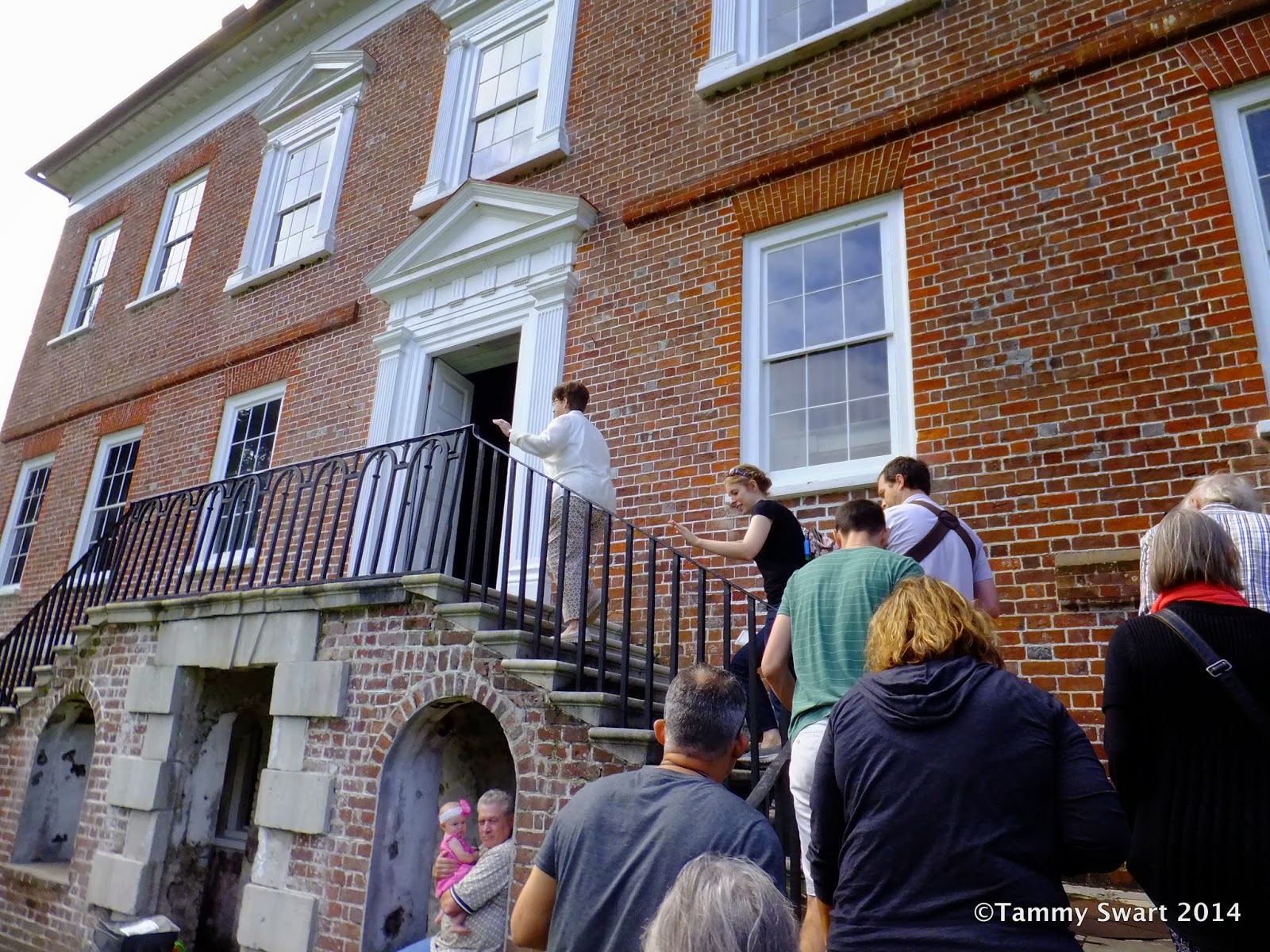 We followed Patty across the lawn and entered the home while her stories took us back in time.


Drayton Hall was founded in the early 1700s by John Drayton, second son of Thomas Drayton.  As second son, John did not inherit his birth home, nearby Magnolia Plantation.  He had to make his own way... and Drayton Hall was it. 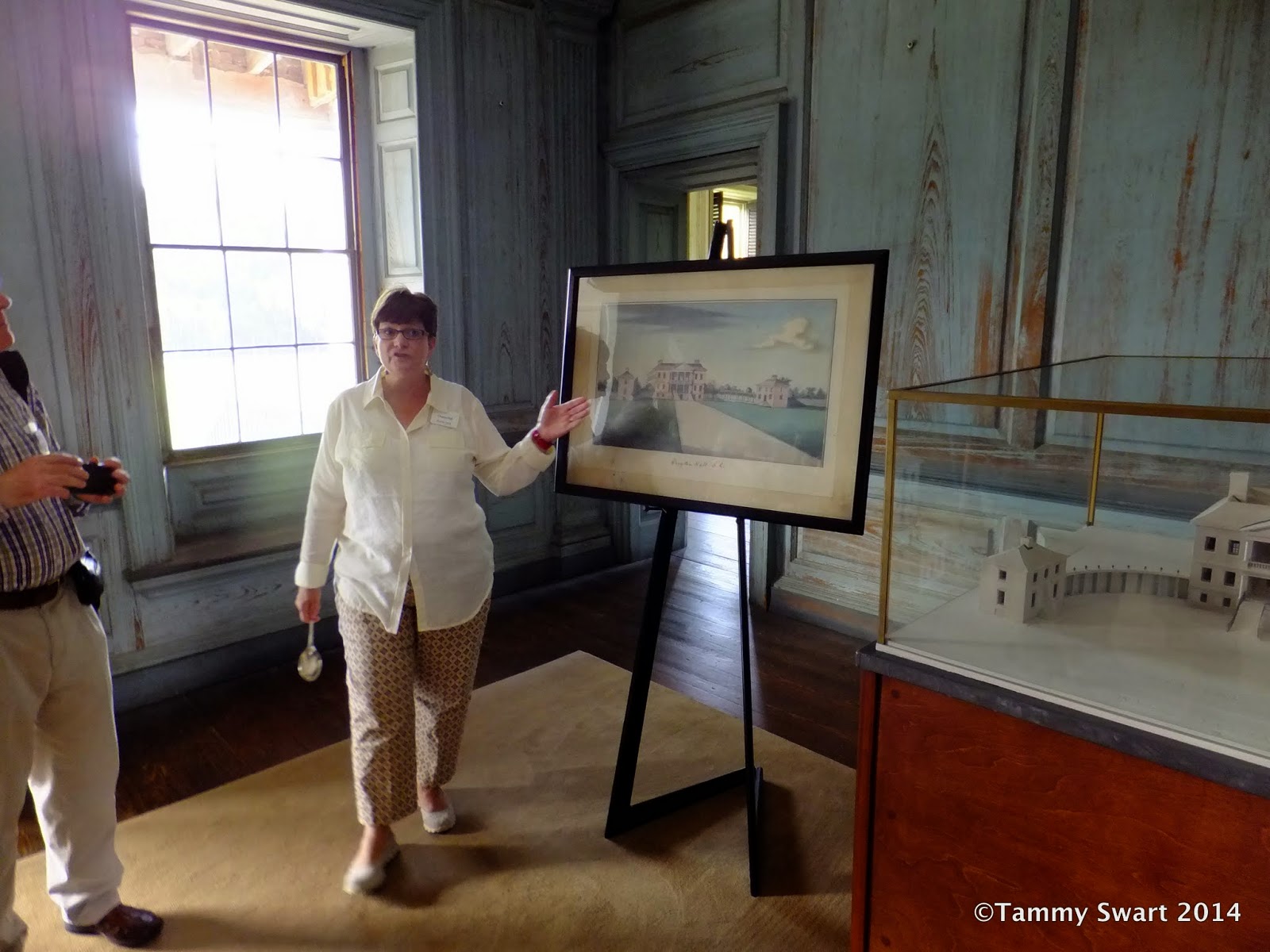 Drayton Hall was home to seven generations of Draytons between 1738 and 1974.  The last two descendants found it impossible to keep and sold the property to the National Trust.

The property has been preserved, as was the wish of the family, and not restored.  This means that it is kept in pretty much the same condition as it was during the over 200 years of it's families' history.

It was designed to mimic the typical English Country Estate.  The two flanking walls and outbuildings are no longer here.  Only the pads of the outbuildings remain. 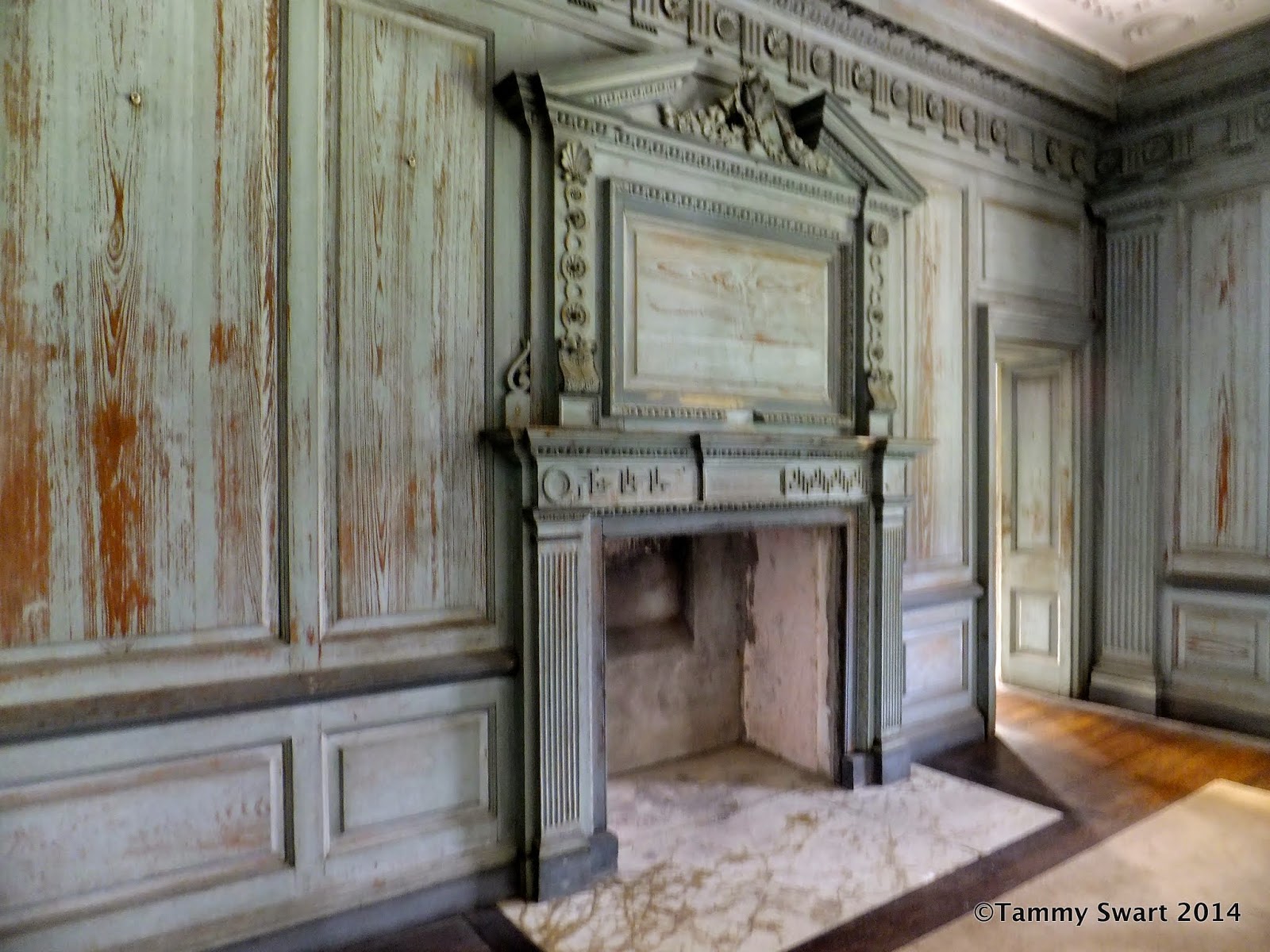 The paint on the walls is the original... there were only three coats of paint applied to these wall in over two hundred years! 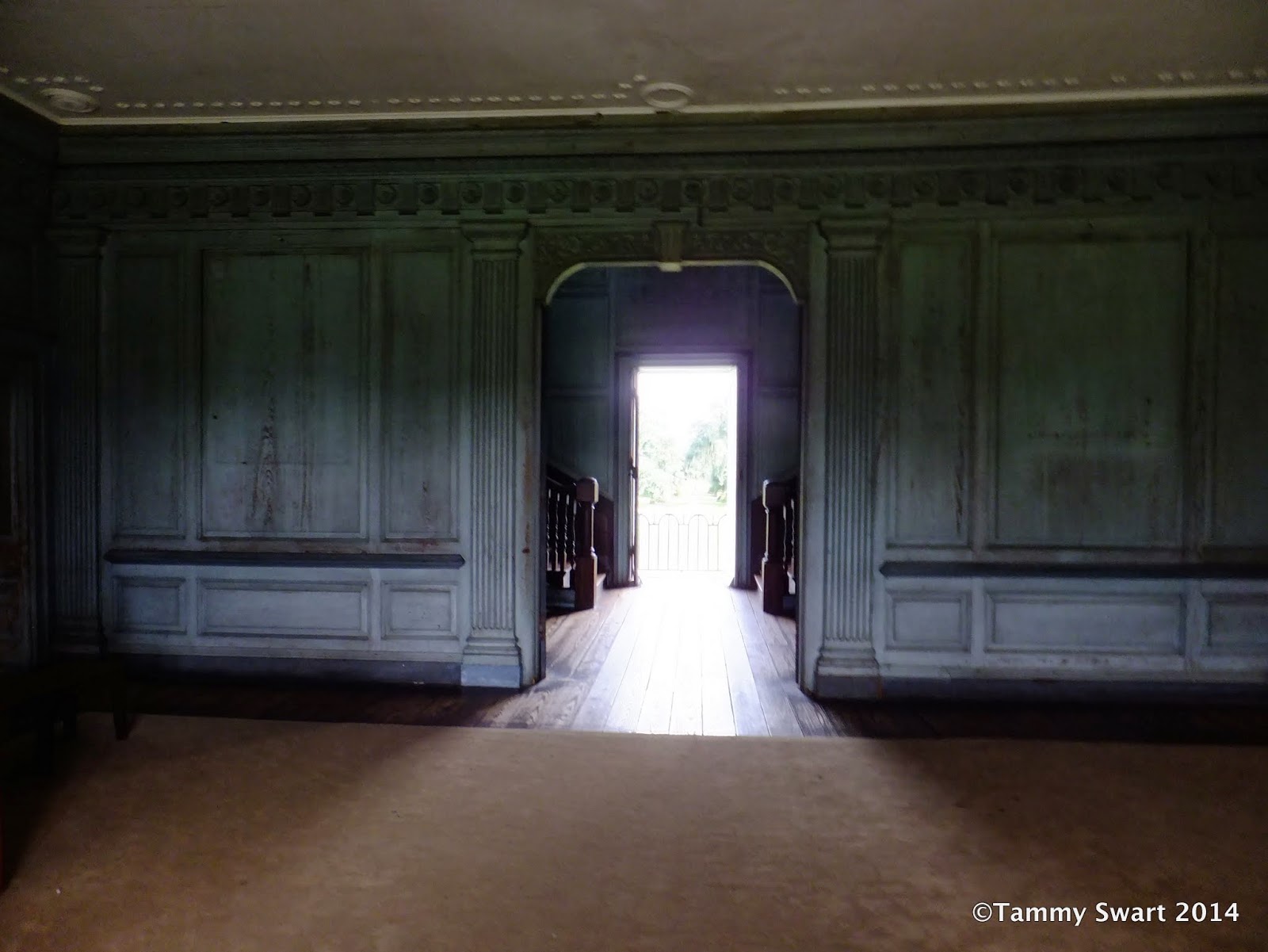 The few updates that were added to the home were done by the family, some remain, but most of the home was reverted to it's original condition.  I'm amazed at how well the home has withstood the passing of time... 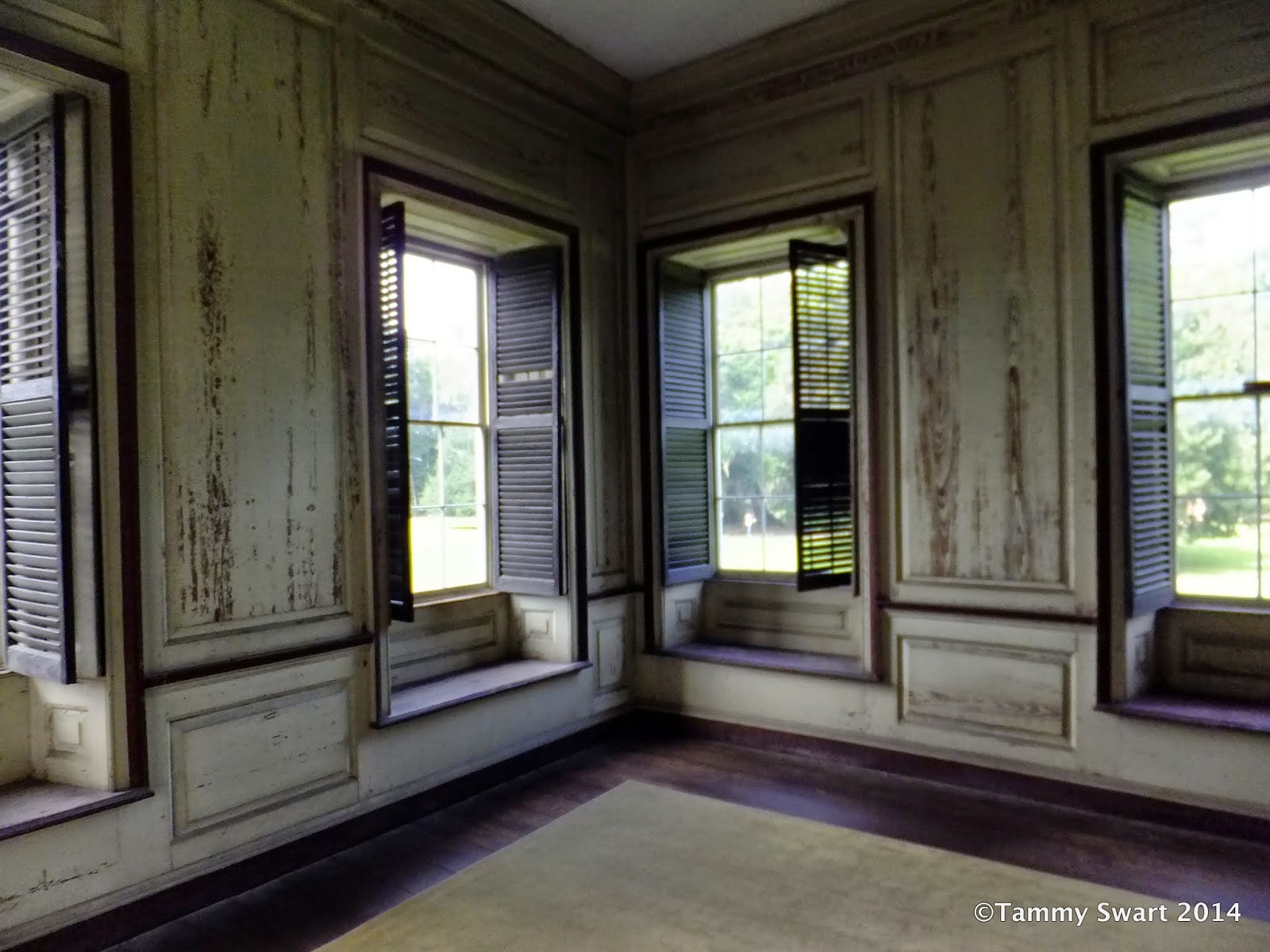 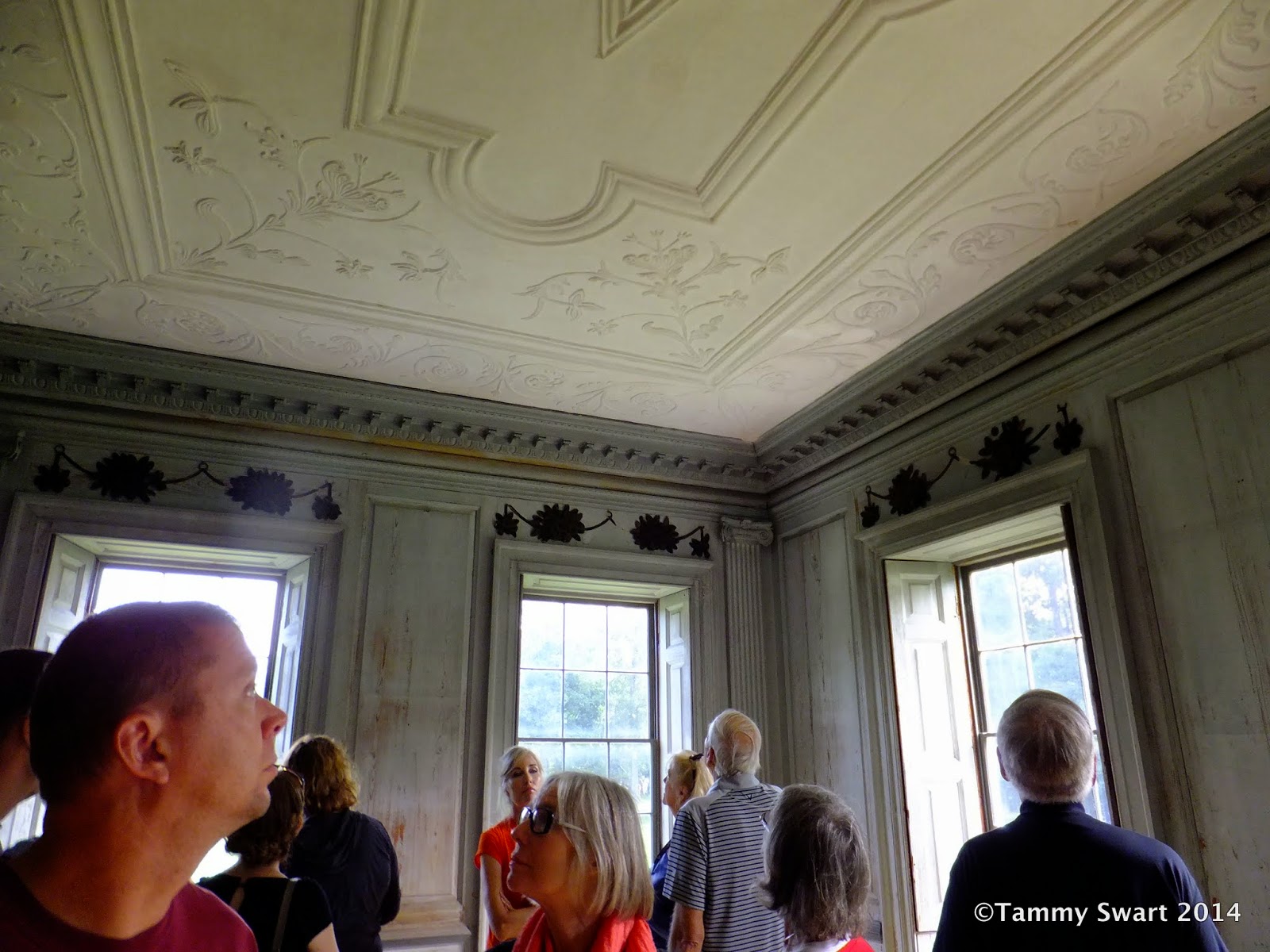 I can imagine myself living in this home... walking the floors in the cool and protective interior...

The quiet rooms speak volumes if you listen.  It's fascinating!

We, sadly, were not allowed upstairs.  I believe that on a normal day, the tour does include a glimpse of those rooms, but in the interest of preservation, the relatively large crowds visiting today were not able to see them.  Hey, what do you expect for FREE???

But the Palladian influence of the architecture calls for symmetry and we were assured that the upper rooms were identical to the lower ones, with the exception of a later upgrade done by one of the family members through the years. 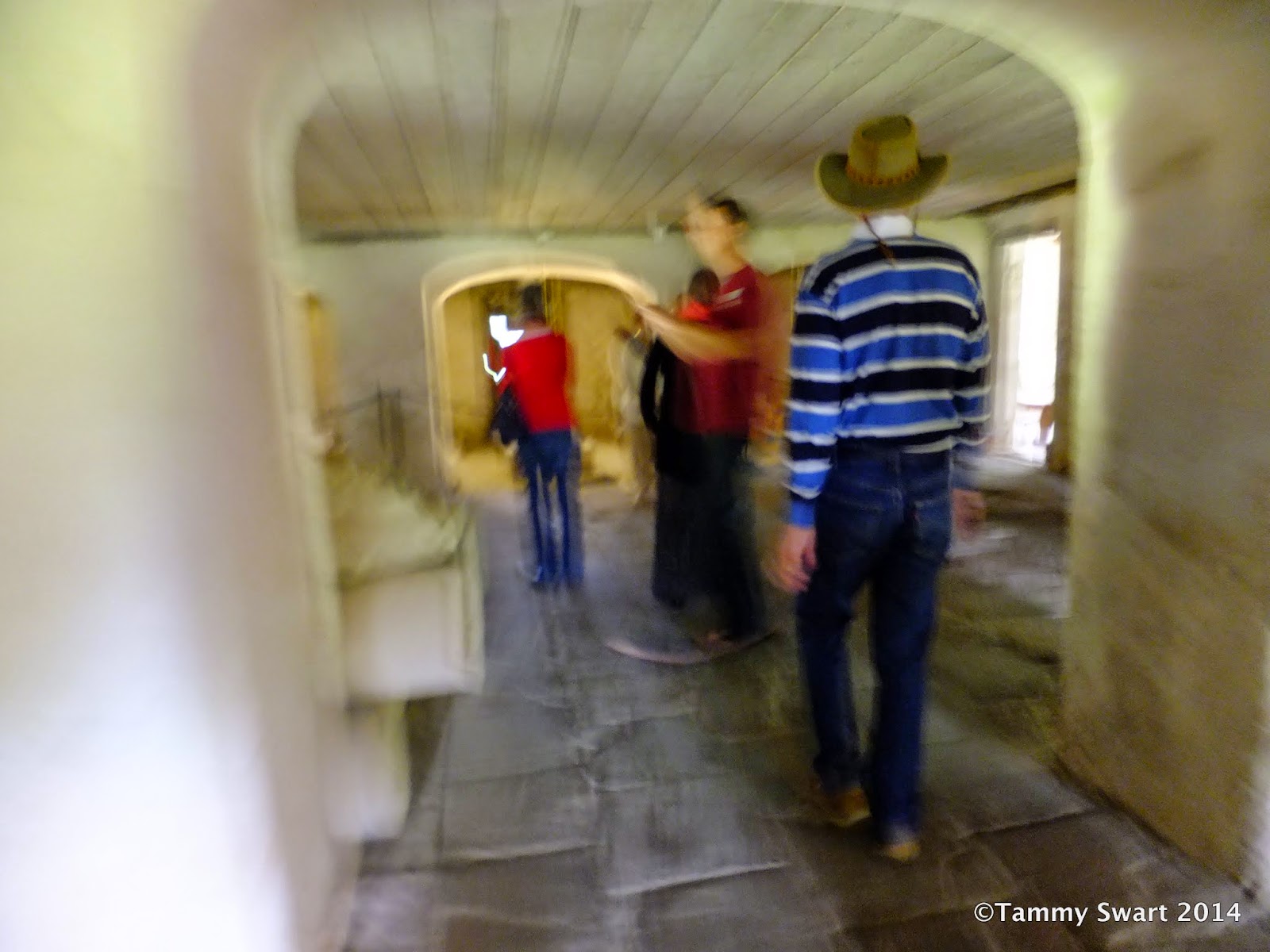 We were next lead down into the basement level of the home.  This would be where most of the household duties such as cooking and laundry were performed by the enslaved staff.

The Bowens family were prominently noted for having also lived through the generations, alongside and servants to the Drayton family. 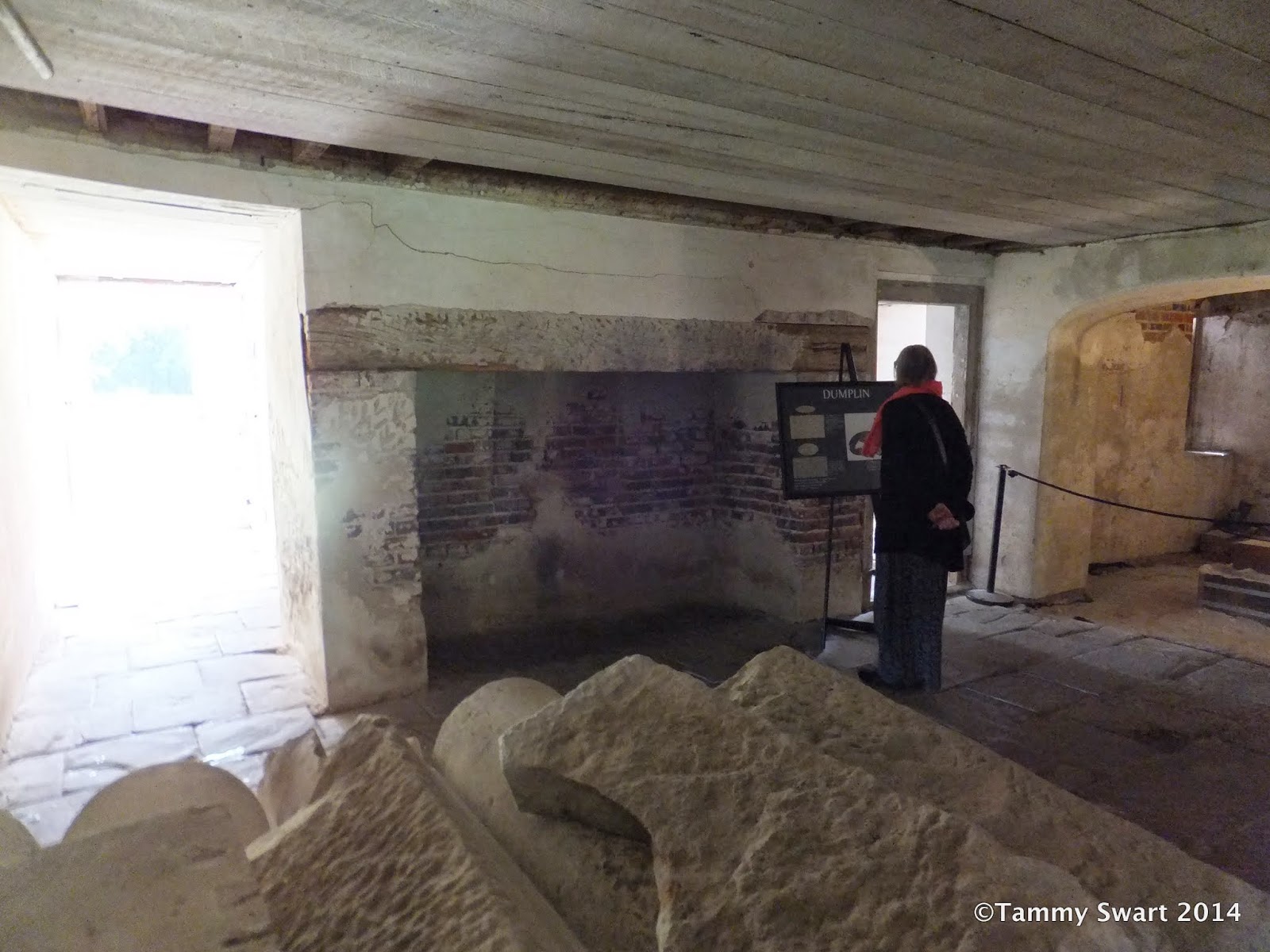 The lower rooms contained not much other than a pile of building materials, blocks and columns, that had been sitting there since the 1800s... untouched and unmoved.  There was a wide cooking fireplace, once used by generations of Bowens cooks to feed Drayton children... 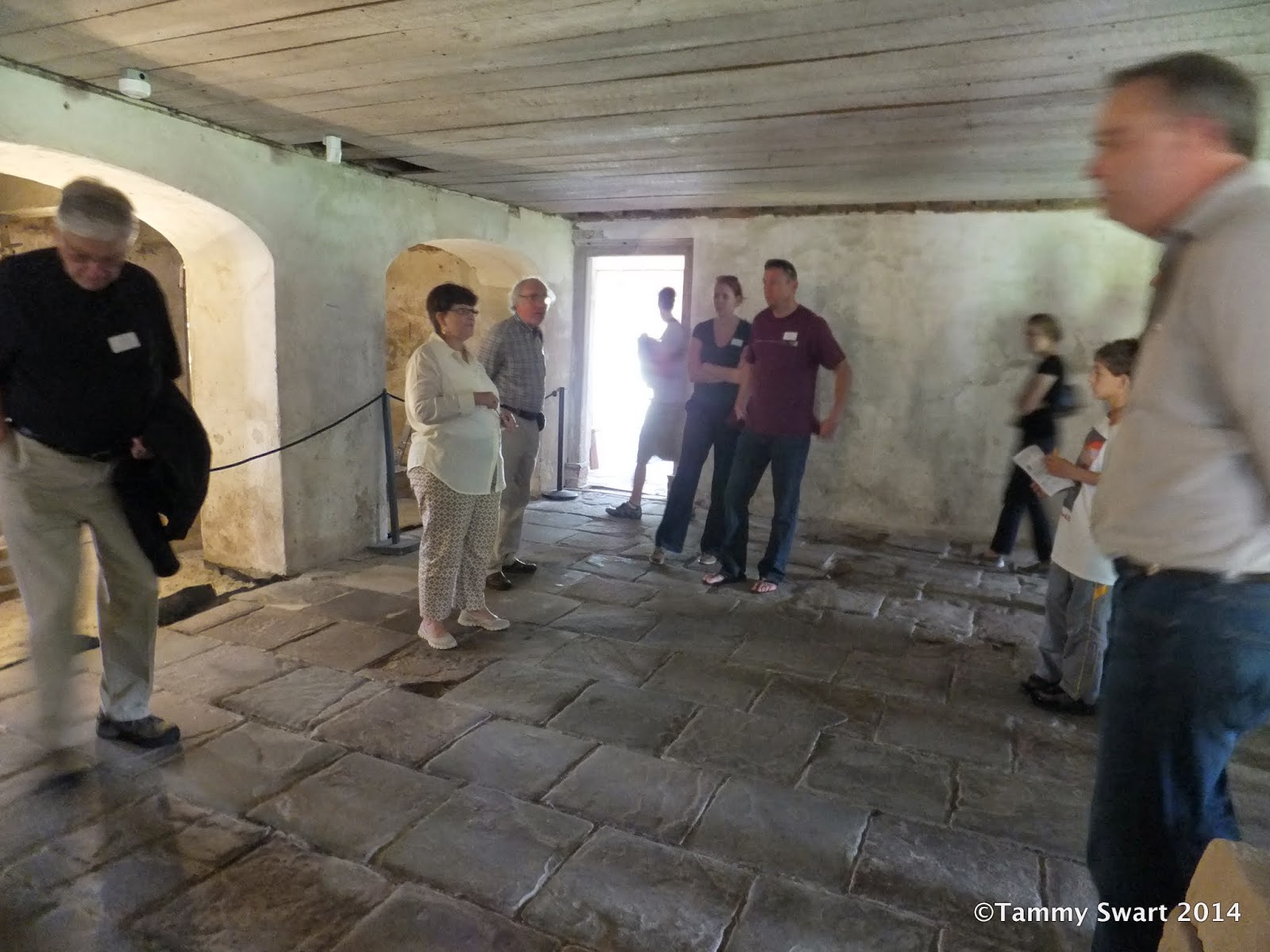 We left the house and the tour to ramble on our own across the expanse of lush green lawn.

The gardens that once graced the distance from the house to the Ashely River's shore are no longer kept.  But again, the ghosts of what once was... were active in my mind. 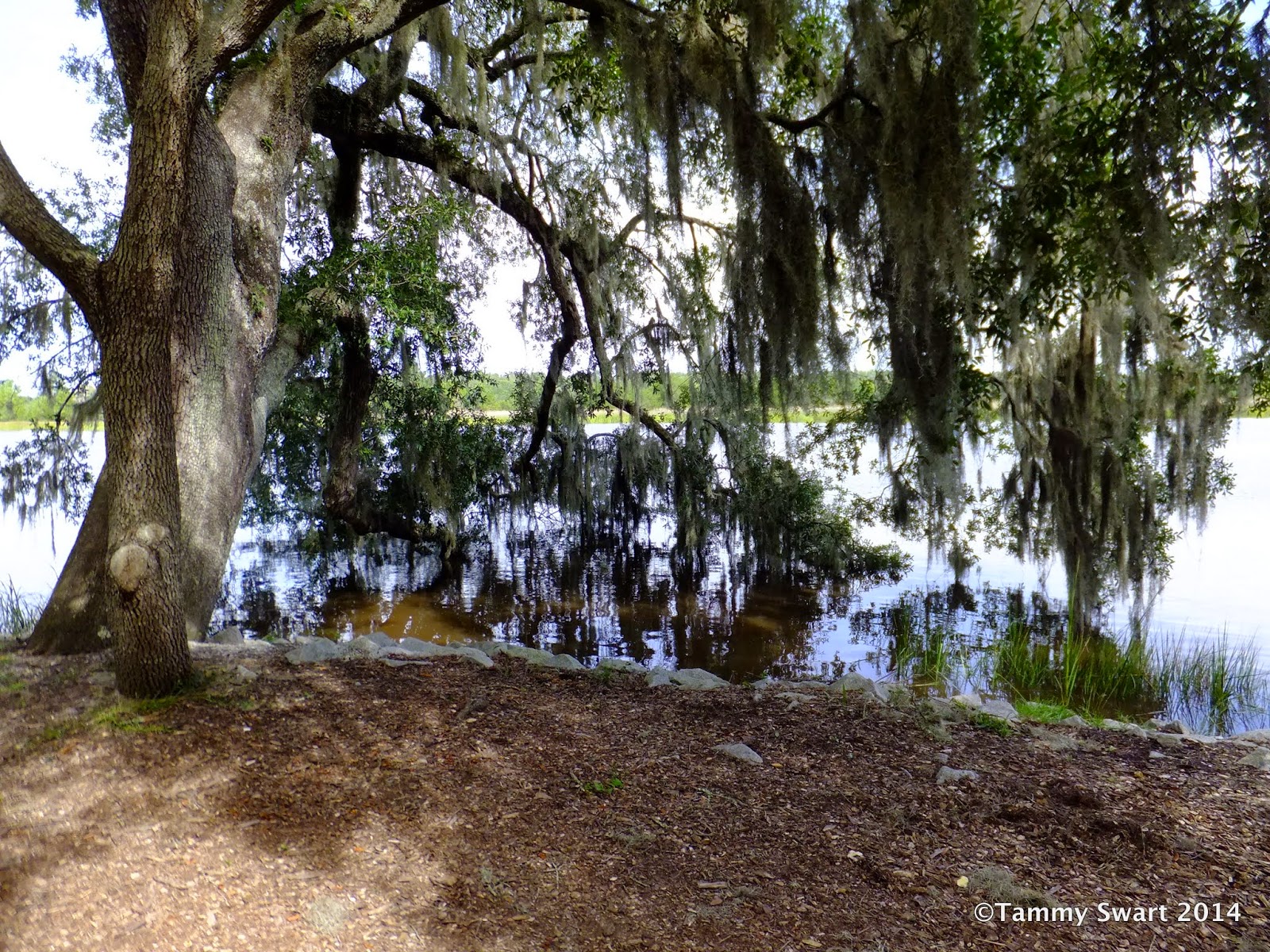 The quiet and serene river front must have been a favorite spot for the families who lived here. 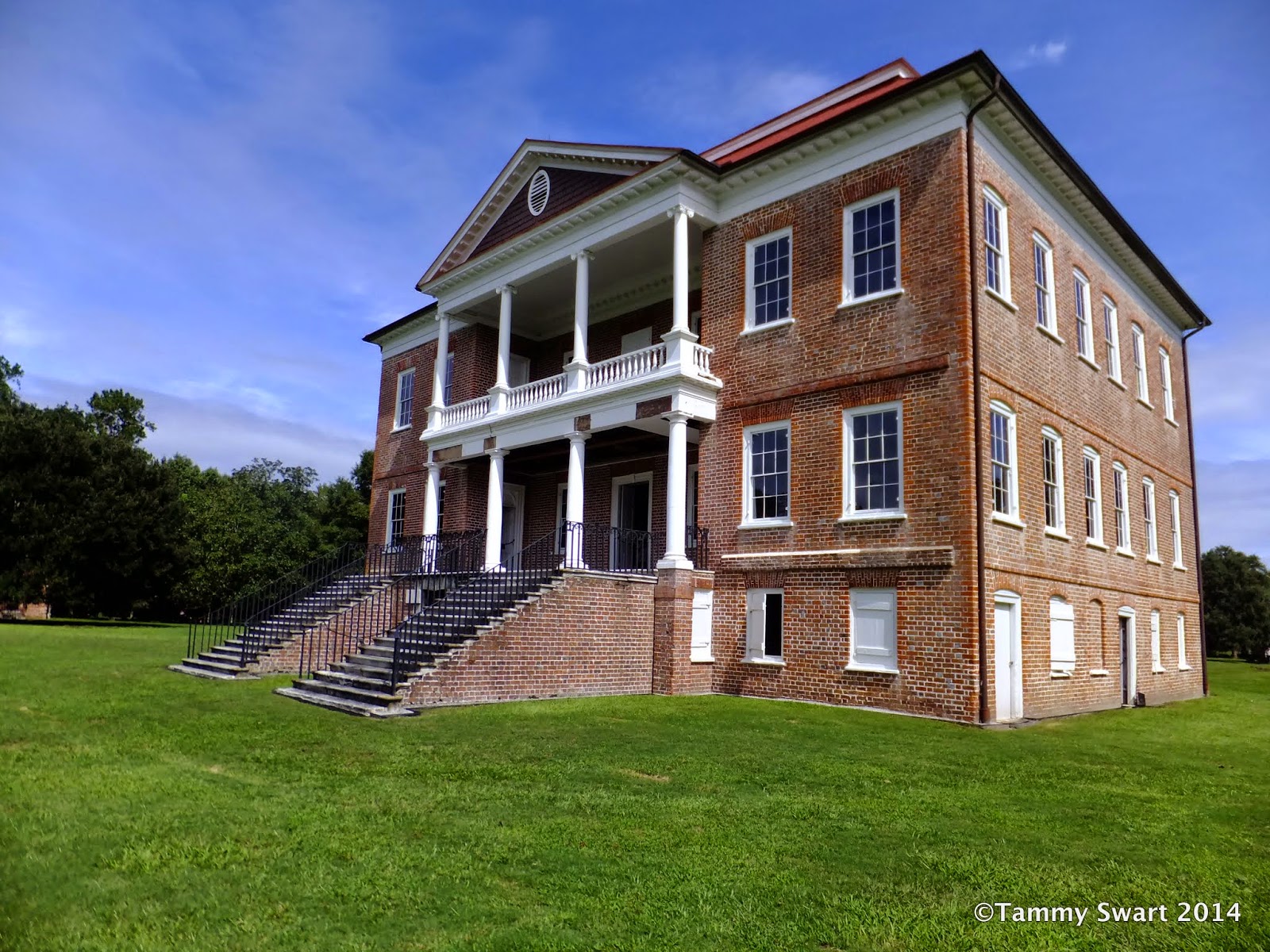 The house is surrounded by lawns.  We strolled around to the River Road facing side and found the excavated pond. 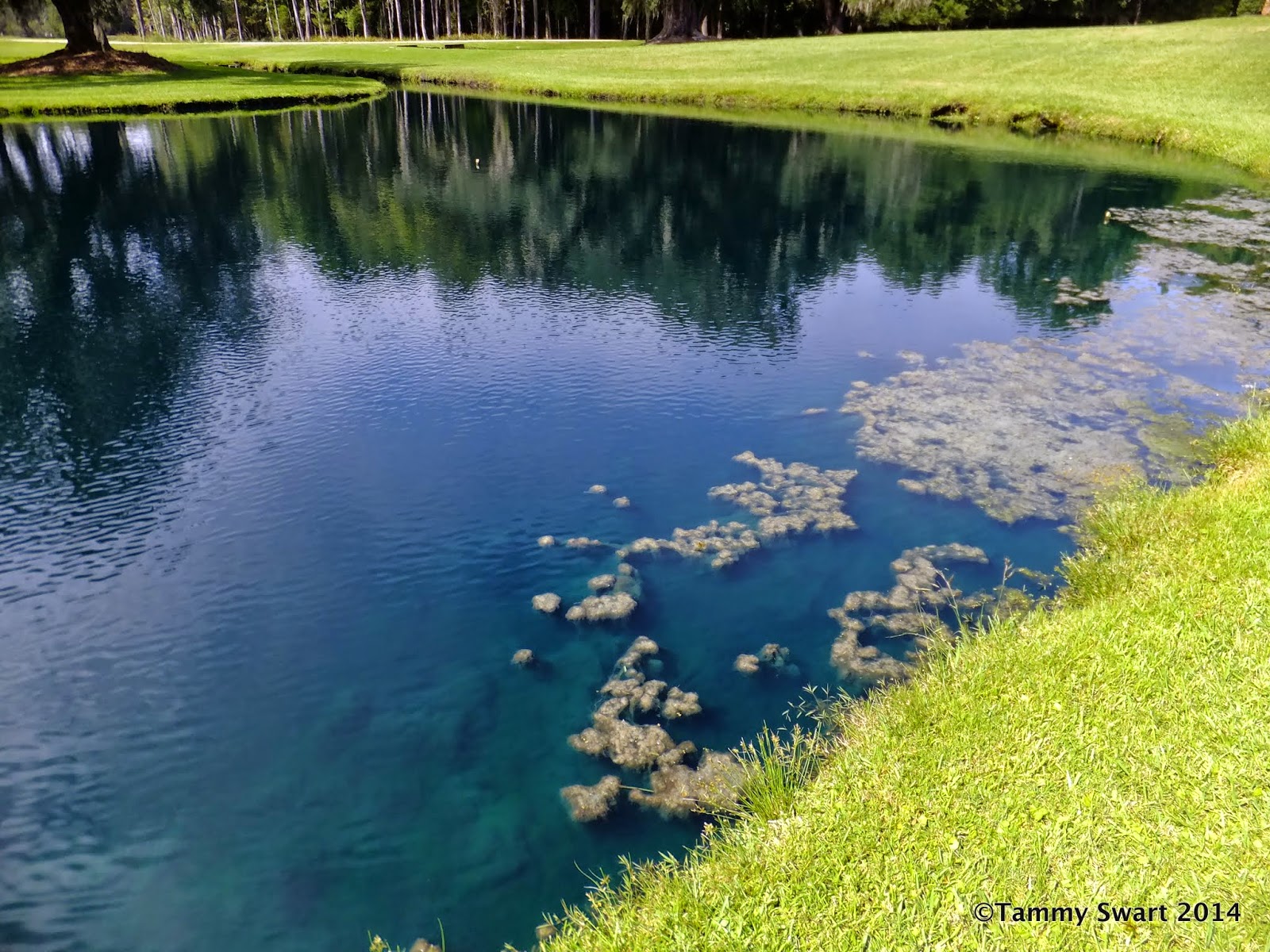 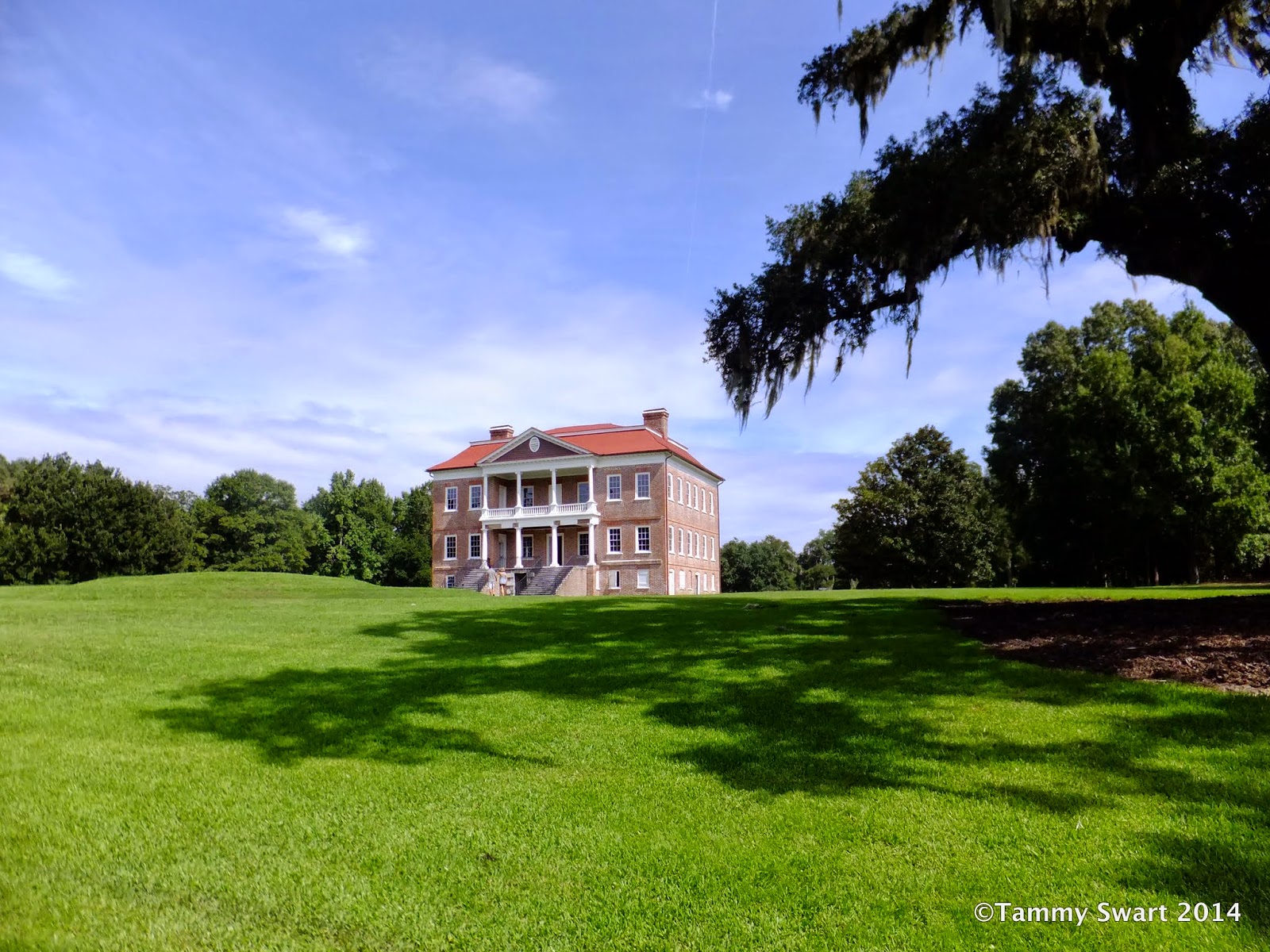 Upon leaving the home and on our way back out to Ashley River Road, we stopped to take a look at the cemetery for the enslaved people who lived here.  The wrought iron entrance says it all... 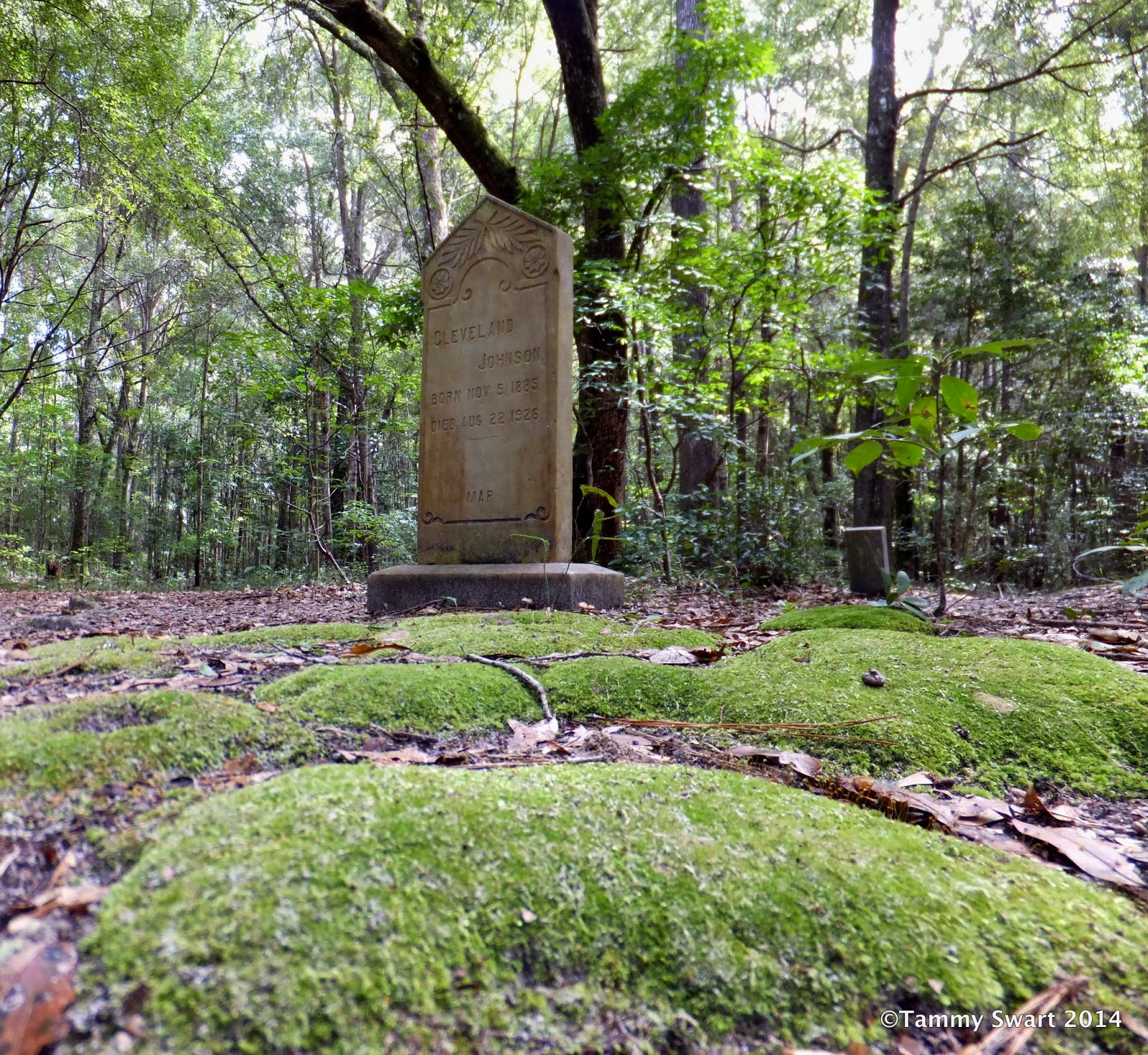 The motto: Leave 'em Rest is prevalent throughout the property as the wishes of the family to leave the house and grounds in their original condition have been followed through the years. 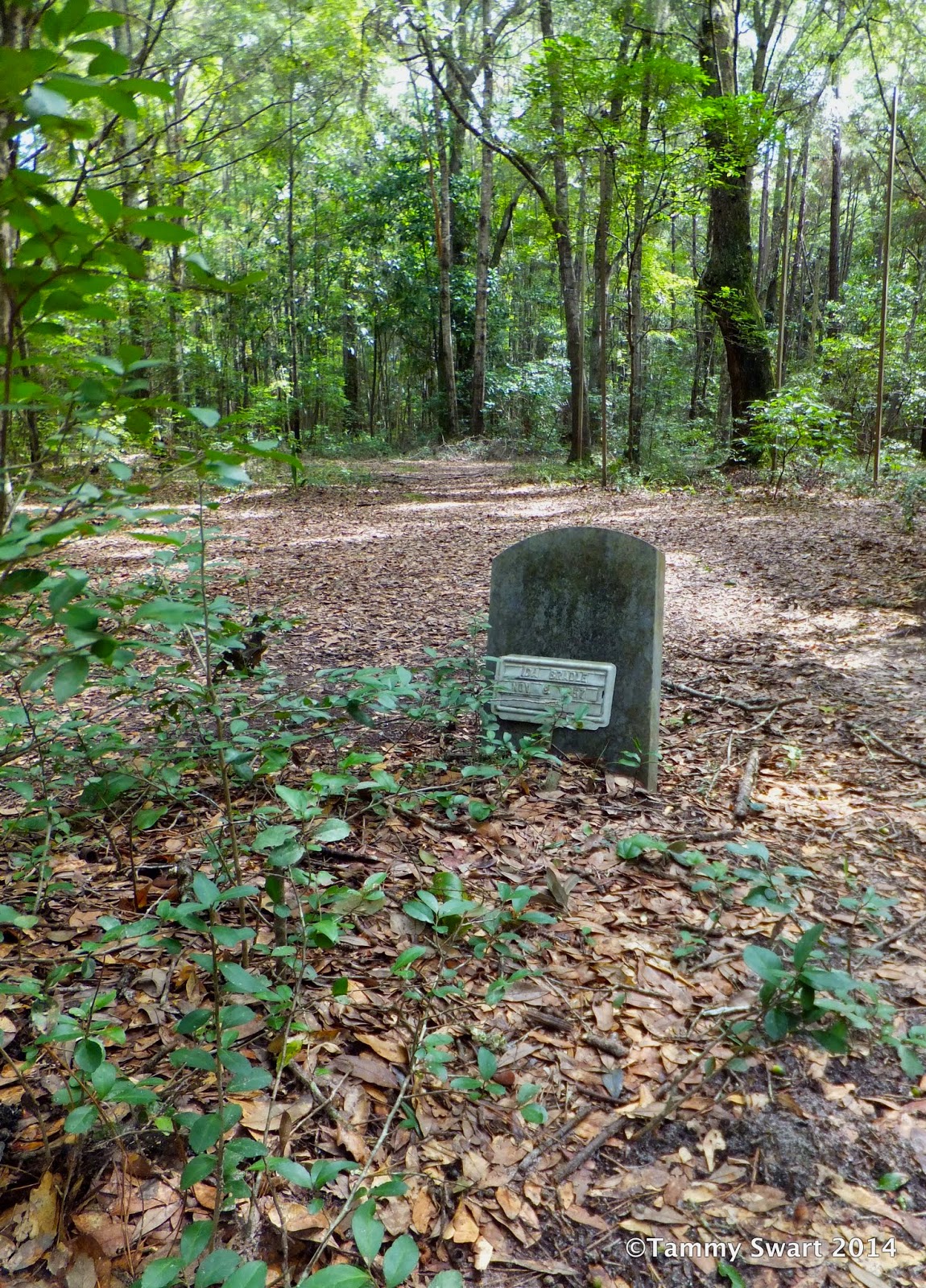 We followed along the moist and overgrown pathway where it is said, over 40 graves have been discovered...  How many others lie out there never to be found? The place was awe inspiring as we stepped gingerly around the mushrooms growing here in this quiet and damp place.  Our trip back in time had come to an end for today... but we look forward to many more historical interludes while we are here in Historic Charleston. 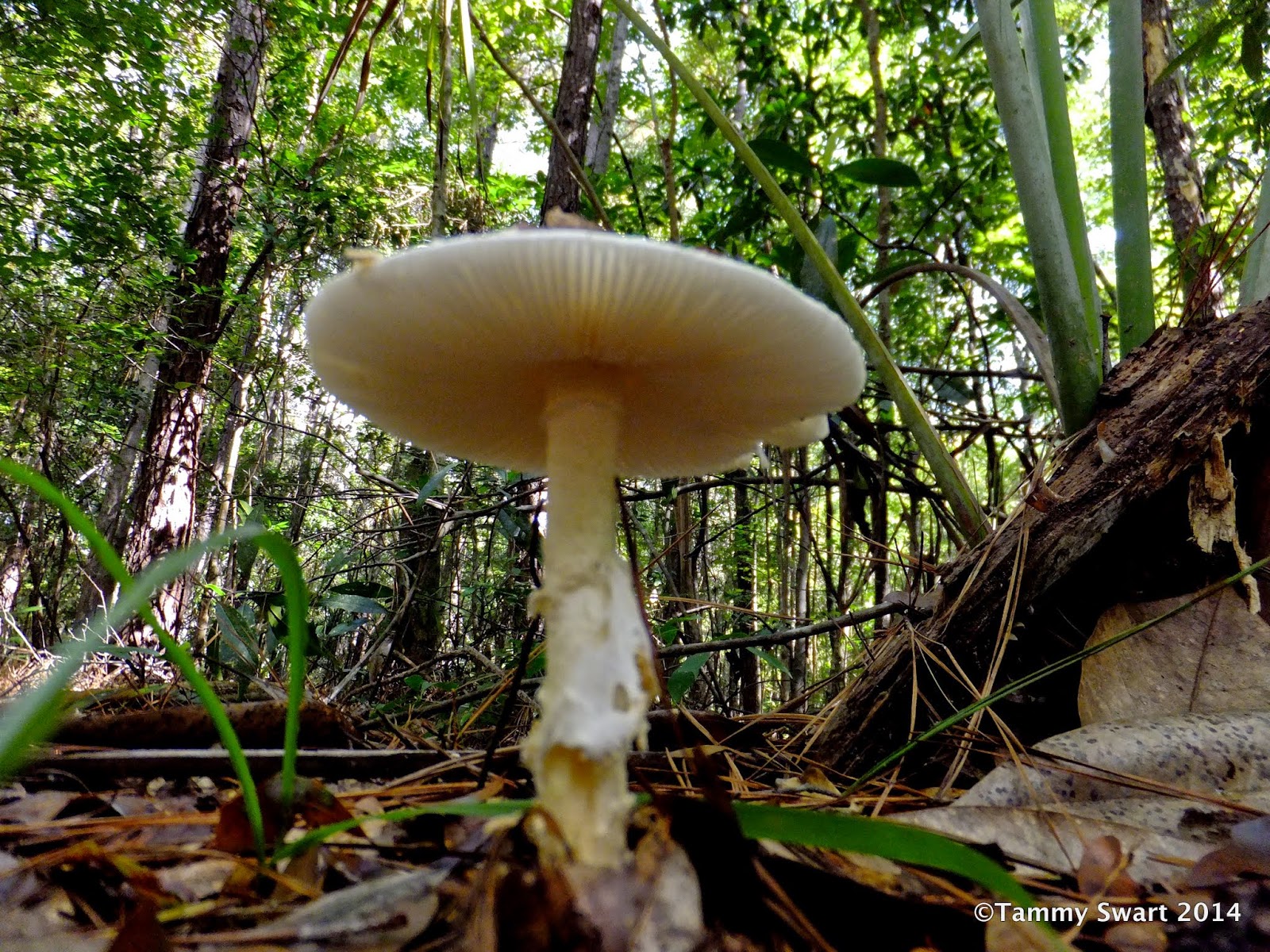