Time In Your Hand

Will I ever get tired of opening each day like a fortune cookie? Will I grow weary of looking inside of each morning, expecting to see some tired cliche, only to find something that speaks to me on a deep and profoundly personal level.  Our stay at Cape Haze was one of those Fortune Cookie Days…

My expectations were for more of the same wall-to-wall development along the ICW with some pretty water thrown in just to keep us coming back.  What we got was a thrill of success for having navigated through three shoal spots and nine bridges like a song!


We thought the endless procession of bridges would cost us hours… not the mere half hour more than a straight shot would have taken.  I even had a bridge tender tell me that I had handled the boat well…  Yay me!


Yes the water was pretty and yes, we were happy to have the anchor down in a well protected spot for the night… Cape Haze is a nice deep basin with room for half a dozen boats or more.  It is protected from all sides and provides a nice flat spot to spend a night or two. 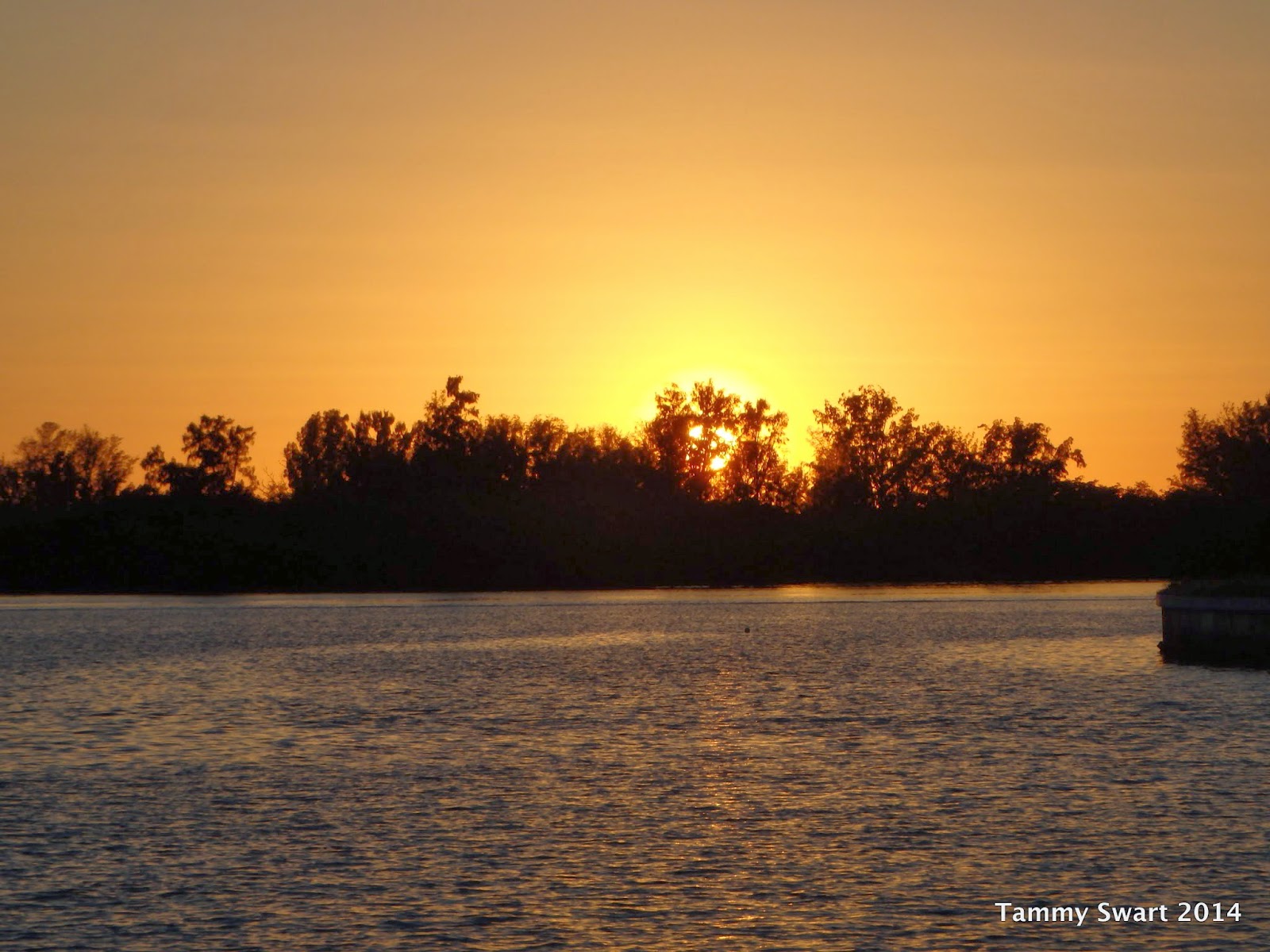 I could physically feel my attitude improve as we sat on the deck and watched the sun drop, followed by the sliver of a Smiley Moon.  It was as if the moon was happy for us tonight.  Then the night crept up and swallowed the moon without a whisper… suddenly it was gone.

The sky was a blanket of stars.  A welcome sight after the many weeks we’ve spent within the glow of city lights.  I wondered why I wasn’t sleepy as I gazed at the stars and listened to the crickets and the occasional “phoofh” of the dolphin breathing as they hunt.  I know they hunted because I heard them thrashing as their prey attempted to escape.  Then quiet, and the gentle “phoofh” of their breath, continuing on their way.  We slept well this night. 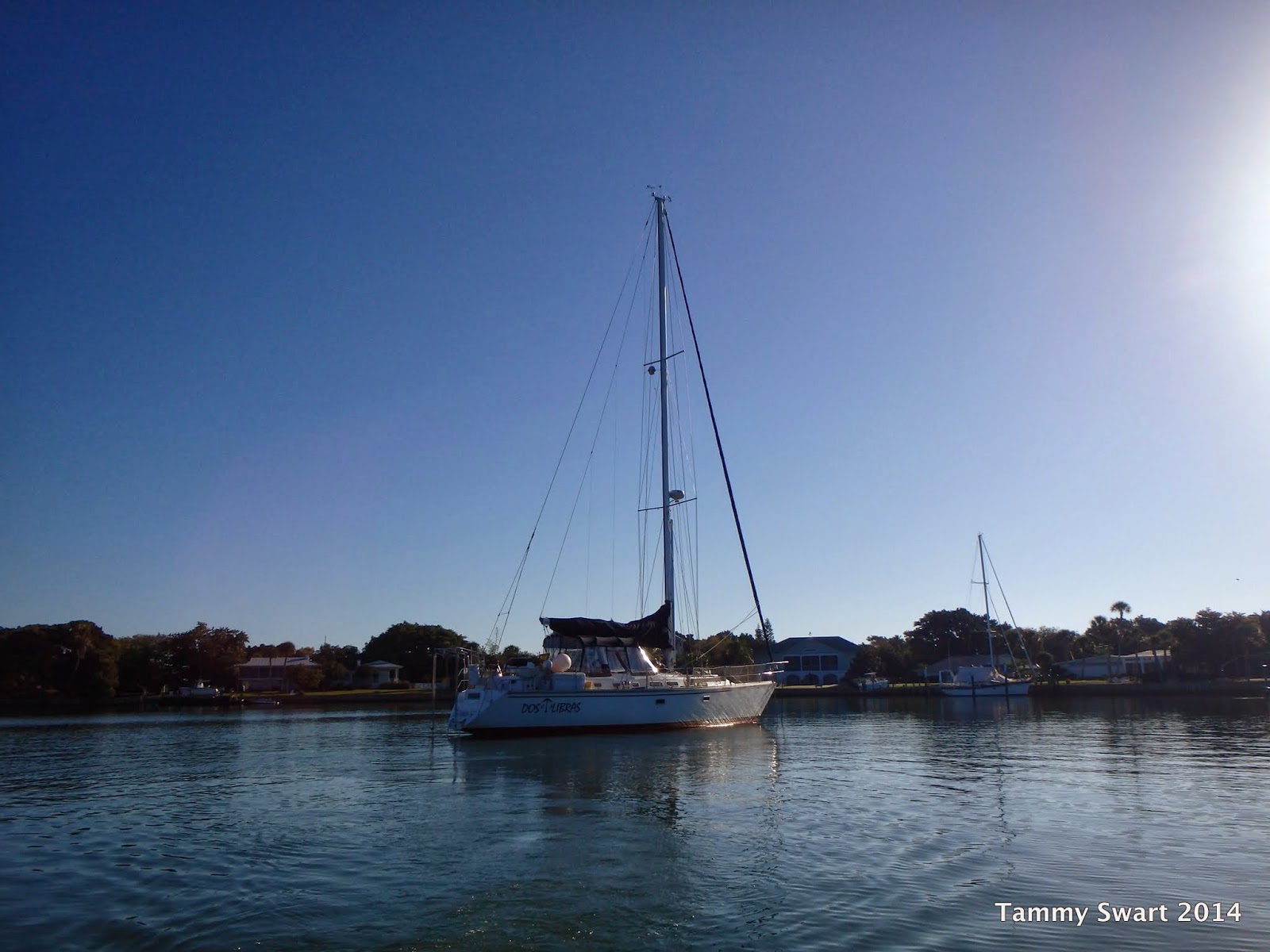 We almost pulled the anchor to continue on our way to the next spot at dawn…  Almost.

I studied the tide charts for our destination, Pelican Bay… a mere eleven miles away.  We could leave early and be there in time to spend the whole day exploring.  But the guide books and Active Captain describe a tricky entry which would be better attempted at high tide with our 5’3” draft.  There is a good deep hole to anchor in once inside, but entry is a problem.  The tide should be high in Pelican Bay at around 2:00 pm.  That means we really shouldn’t leave here before 11:30 am for the two and a half hour passage.

Add to that equation…the incoming tide current through the Gulf Inlet to Charlotte Harbor (which we cross just before reaching Pelican Bay) would be running at 2+ knots incoming.  So our choice is cross the tidal current or suffer greater risk of going aground.  What to do?…  We chose to brave the current.  So we wait...

There is a State Park just across the ICW.  Several Cruisers have mentioned Don Pedro State Park as a nice place to visit.  I checked out Google Earth and got the lay of the land and we took off in our dinghy.  We motored across the ICW and quickly found shallows.  We paddled for a while, which was fun…  We crept up on birds and fish.  Plus, it was good exercise.

We really had no idea where we were going, but it all became clear as we approached a secluded dock and found the sign announcing that we had arrived at Don Pedro Park.  We tied our dinghy to the dock and paid our two dollar per person honor system entry fee.

As it turns out, we had entered by an alternate route and when we left, we followed a marked channel out to the ICW which has a sign designating the proper park entrance.  I think it was more fun our way though...

The money is placed into an envelope and a ticket is torn from the envelope to be displayed on your vehicle… which in our case is a dinghy.  Bruce popped the envelope into the slot and we continued on up the trail, feeling honorably legal. 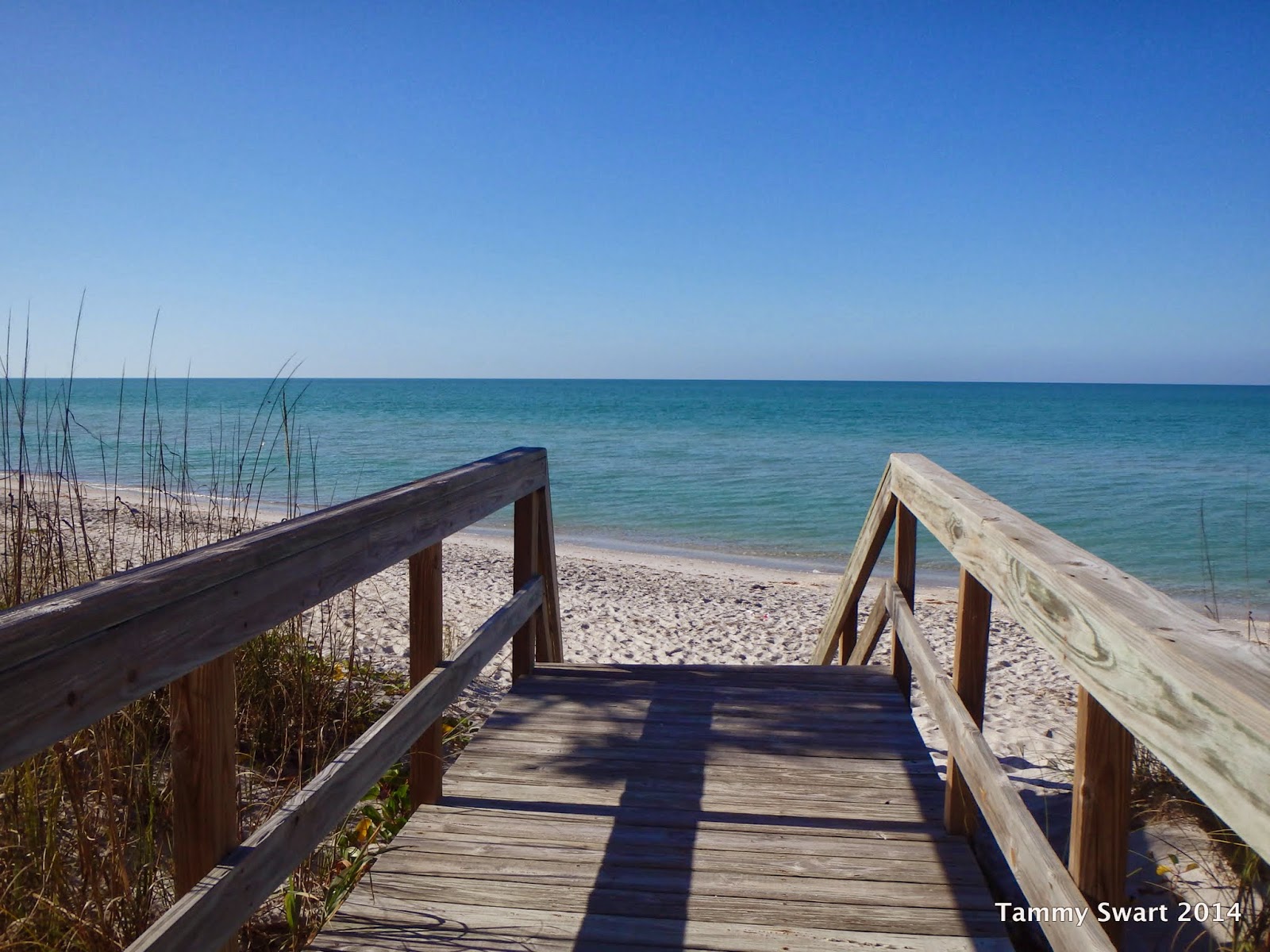 I could not contain my squeal of excitement when I got my first glimpse of the beach.  We had recently visited “The #1 Beach in America”.  This beach is every bit as beautiful as THAT beach… and THAT beach had been full of people… 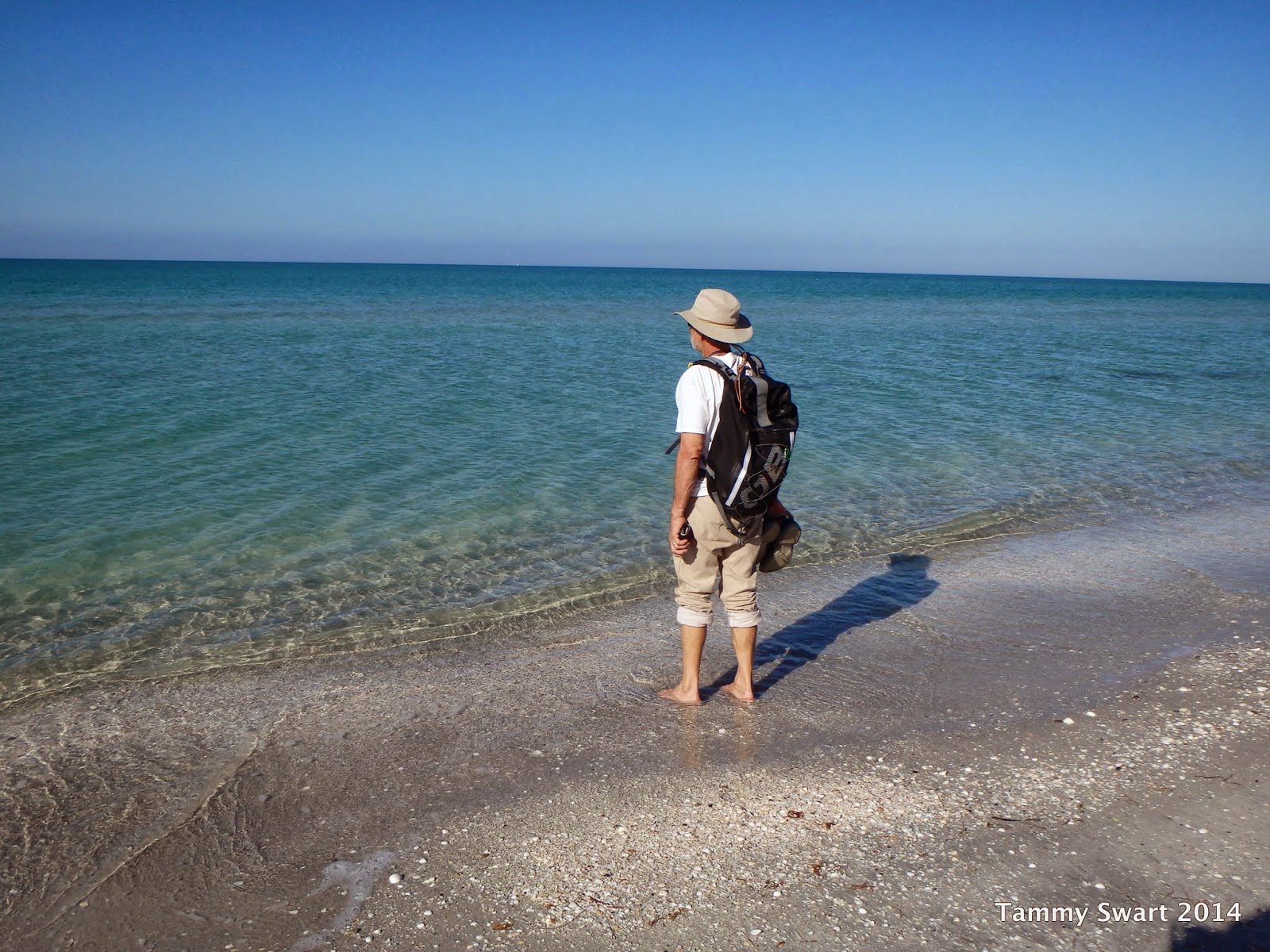 This beach was all ours!  OK, so there was one other person walking our beach.  But we luxuriated in the wild remoteness of it… right along with the civilized facilities that make it all the better.


We reached the water and began to walk along.  I bent to dig around in a pile of small shells and could not believe my luck… I. Found. My. First. Shark’s. Tooth!

Today is officially a Red Letter Day!  I had lamented our passing of the beach in Venice that is reported to be the best beach for Shark’s Teeth… And here I was on this quiet stretch with beautiful water… finding one after another of these tiny ancient treasures.


After a while, I stopped digging around for them and we began to just walk along and pick them up as they lie there in the wet sand.  They were literally washing in at our feet.  I giggled like a kid on an easter egg hunt.  I was thrilled!  This is what Cruising is all about!

We happened upon a fellow tooth hunter and spoke for a bit.  He has been making table tops with them, how fabulous would it be to have one of THOSE!  Hmmm…  He had been collecting for years and they just keep washing ashore.  He told us of the millions of years it takes, and of the exact set of circumstances it takes to create one, and mused about the mass numbers of prehistoric sharks that must have once roamed these waters…  It is mind blowing to think of it, and it makes each of these tiny artifacts seem all the more amazing to me as I rest my eyes upon them.

Just think… We could have missed this.  We were ready to pull up our anchor and move on without even giving this spot a moment of our time… but we didn’t… and today I held time in my hand.