We left St. Petersburg the day after having our fridge repaired for the umpteenth time… hoping that it would be fine, but fearing that it was not.  It was still not cooling. We wanted to spend a couple of nights at anchor nearby so that if we needed to return for more repair, we wouldn’t have to backtrack very far. 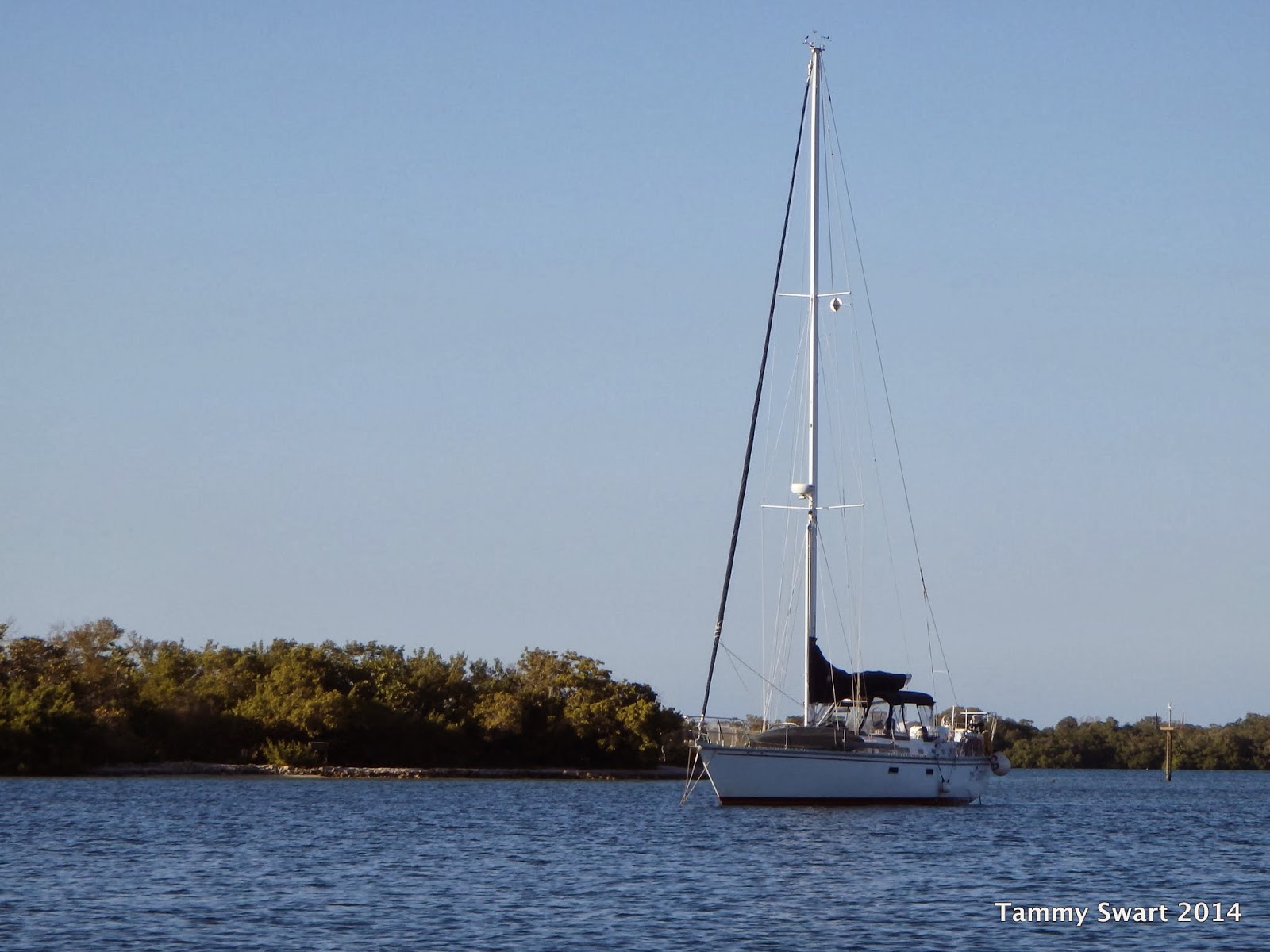 I was hoping for Egmont Key, but we diverted to plan B due to weather.  Plan B being a very lovely anchorage in the Manatee River off DeSoto Point.  When we arrived, there were several other boats already anchored, including a couple of boats that didn’t look like they moved much.  Being unfamiliar with the anchorage, and noticing the shallow bump right in the middle, I felt like we would benefit from cruising around the anchorage checking for swing room before we chose our spot. 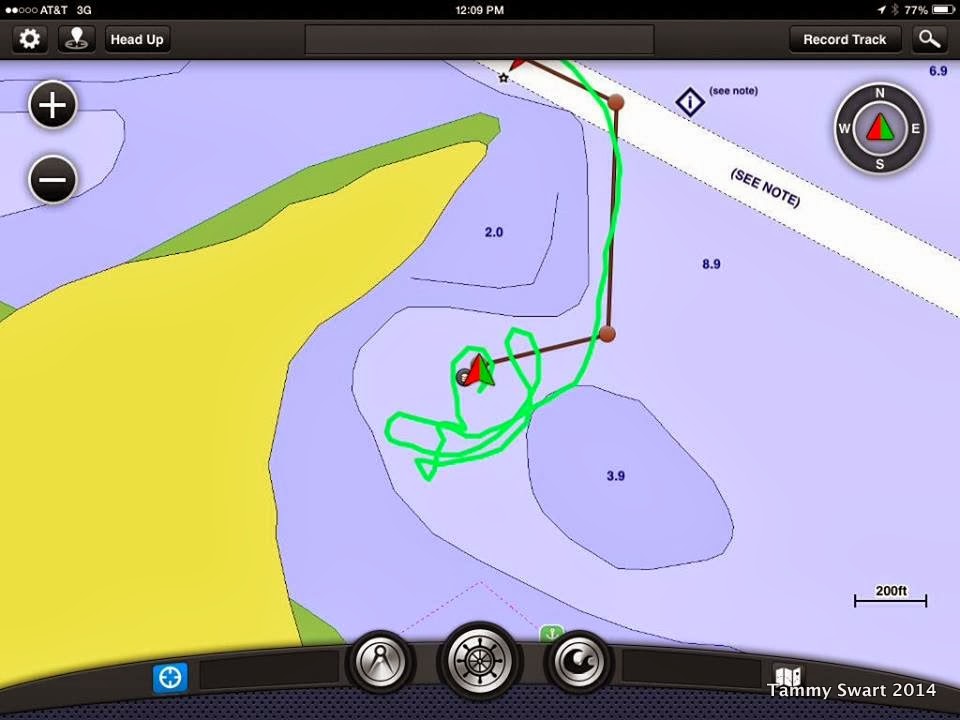 You can see from our track that we did quite a bit of motoring around before settling… but once we put the anchor down, we held very well and felt very secure here.  The anchorage was open to the Manatee river for a distance but it never got rolly, even on the bad weather day.  The winds piped up during our stay to a gust of 26 knots and we hardly moved. 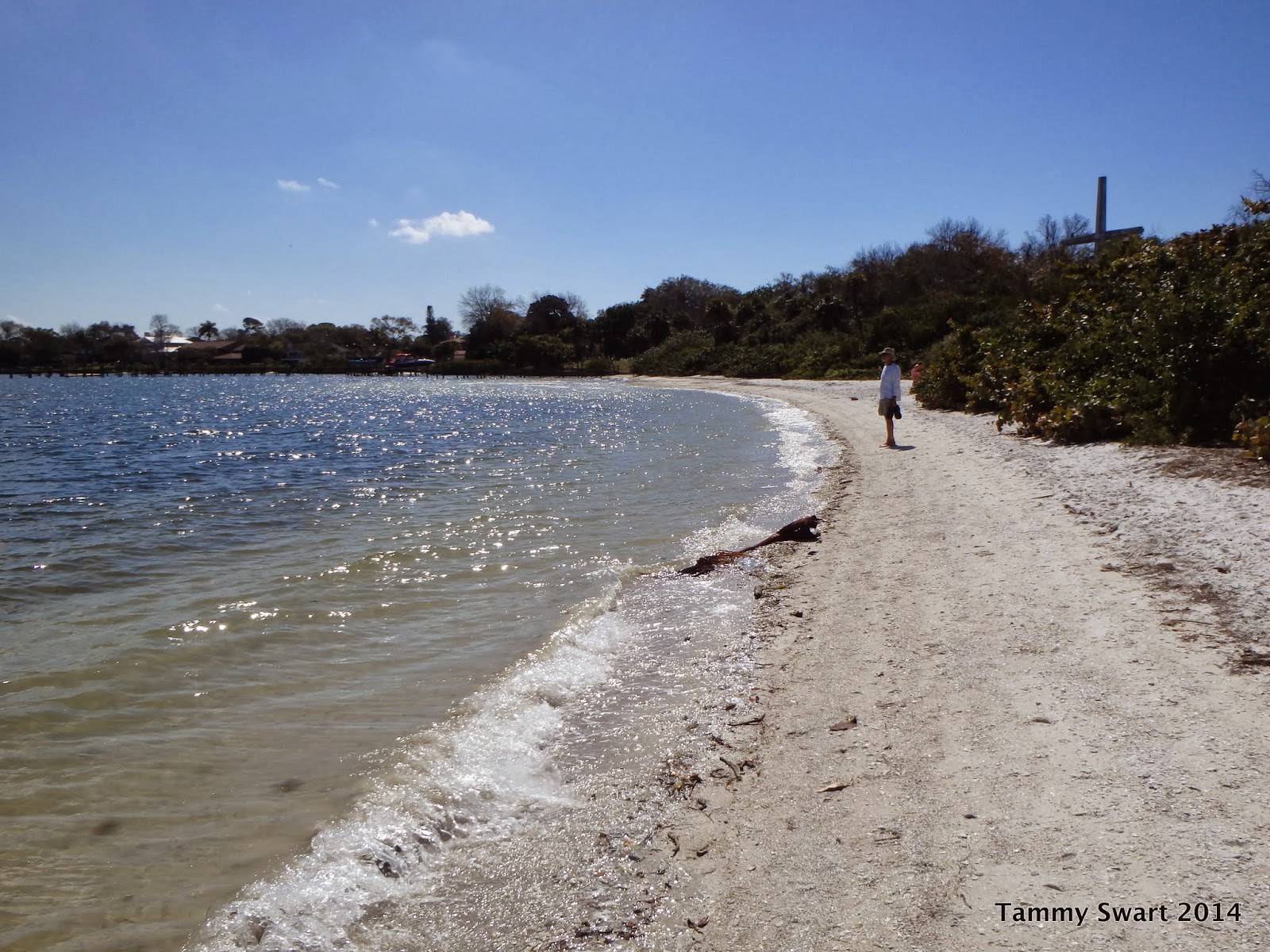 Three days stretched out before us to fill as we pleased... We read a lot and we explored... We walked the beach and got our feet wet.

The claim to fame for this anchorage is DeSoto National Memorial.  We spent a very enjoyable couple of hours there learning a bit of history about the area.

The park had a display of items from the period giving us a brief glimpse into what life might have been like back in the 1500s.  Visitors were invited to take a look at the items once the educational presentation was done.  We had an opportunity to handle a suit of armor but Bruce wouldn't put on the breastplate...

In addition to the outside exhibits, there is a movie similar to what you might remember from your junior high days which depicts DeSoto's trek leading his army throughout the lower Eastern portion of the US, ultimately leading to his death from battle wounds.

The entire expedition was futile.


The park has a maze of nature trails weaving though the island flora.  We strolled hand in hand along the sand pathways hearing things rustling in the bushes just off the trail.  I'm sure it was just a bunch of lizards. 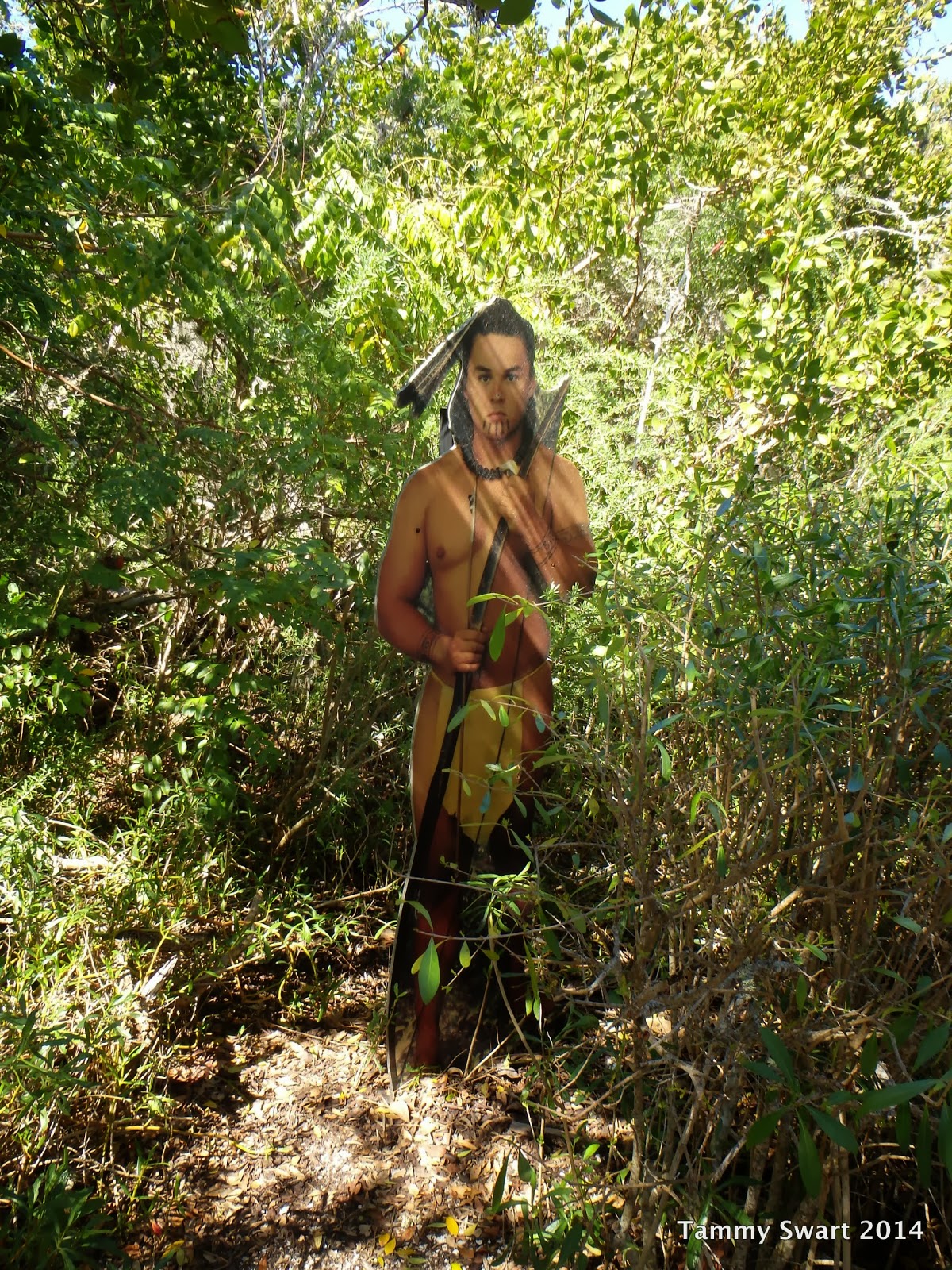 All along the trail we found these cheesie fiberglass indians and soldiers.  The look on the faces of these characters was priceless...  It's the little things. 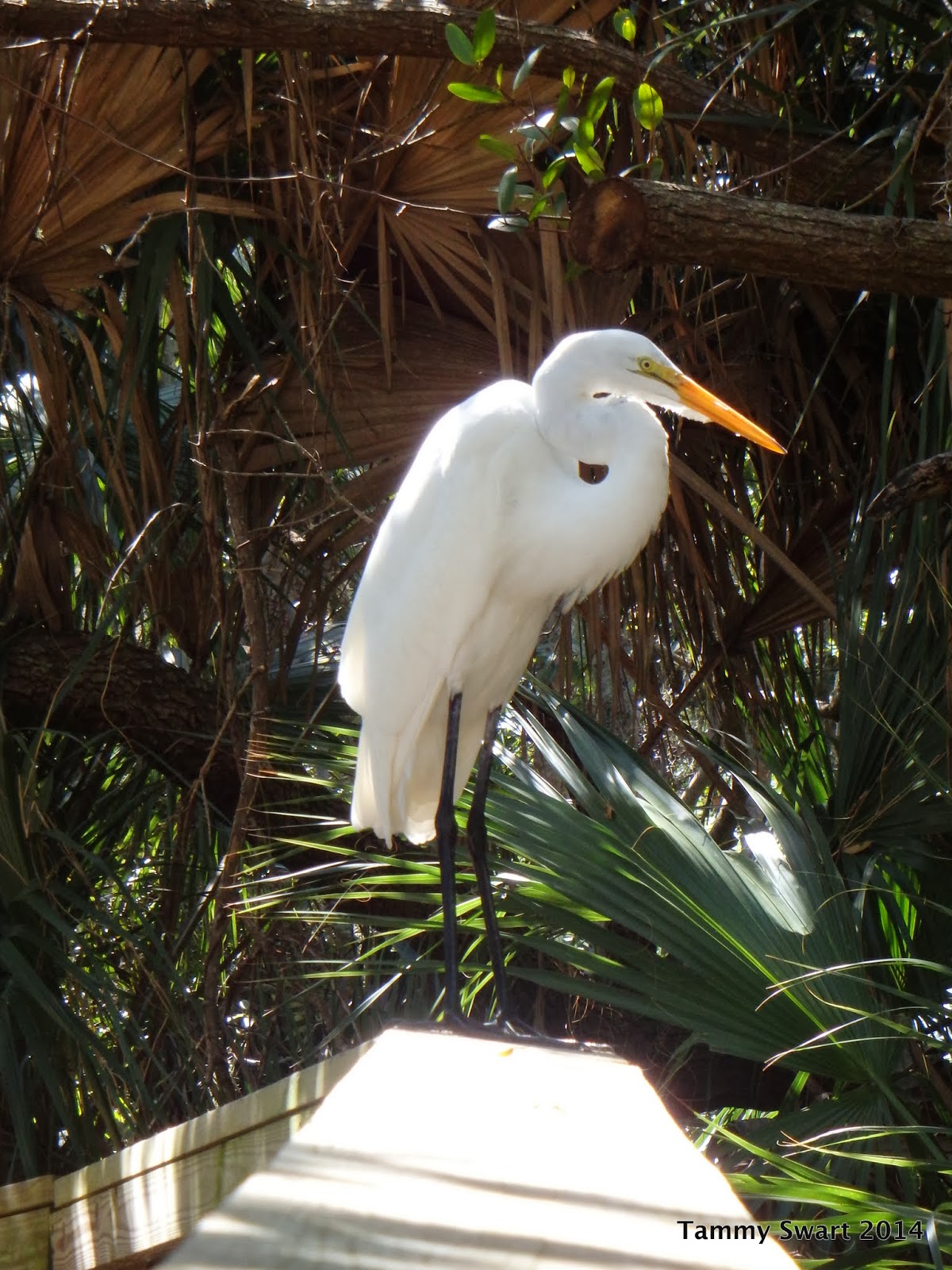 My favorite part of exploring any new place, keeps coming back to the wildlife we encounter.  I just can’t get enough of seeing birds up close in their natural habitat. 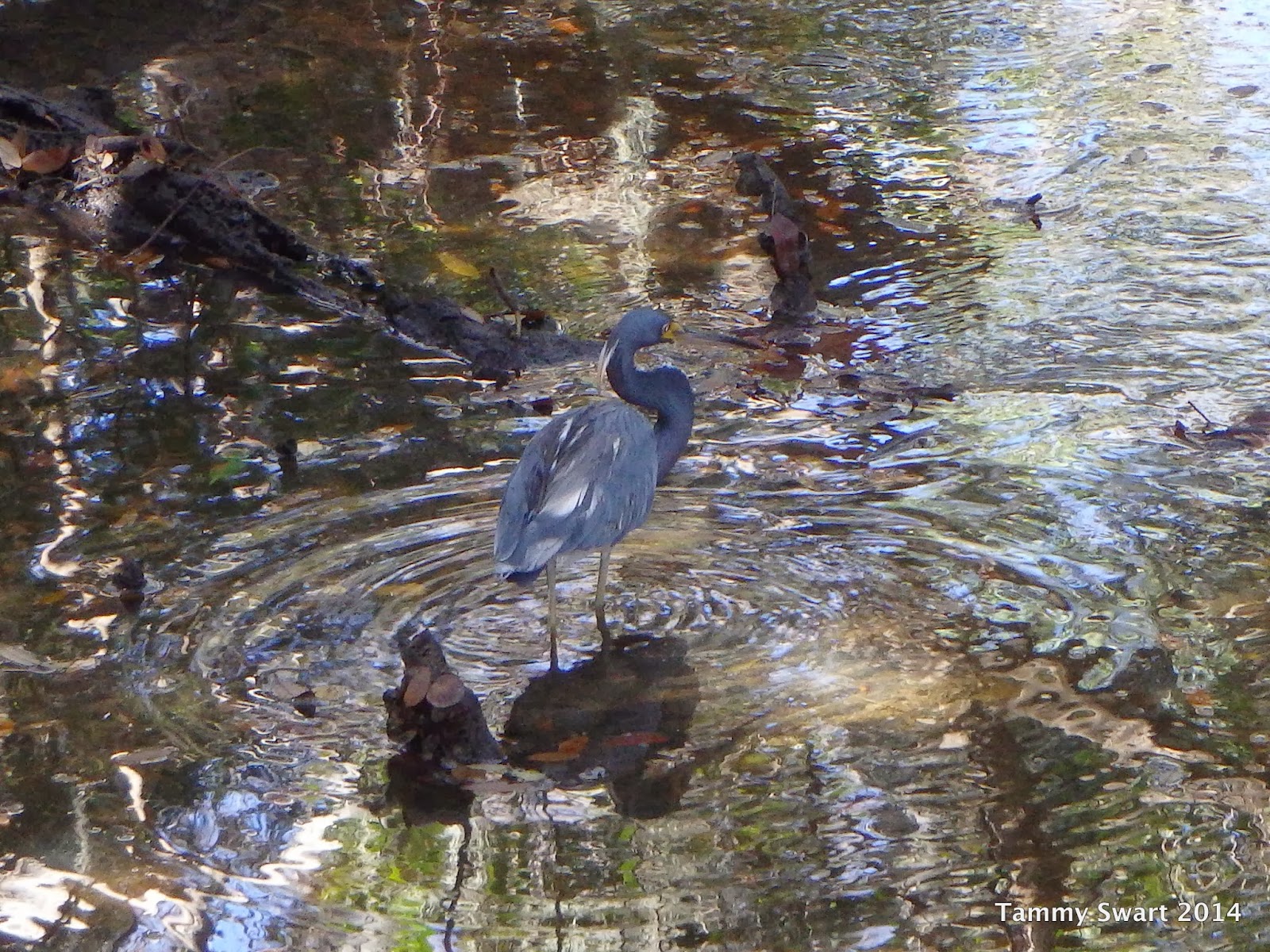 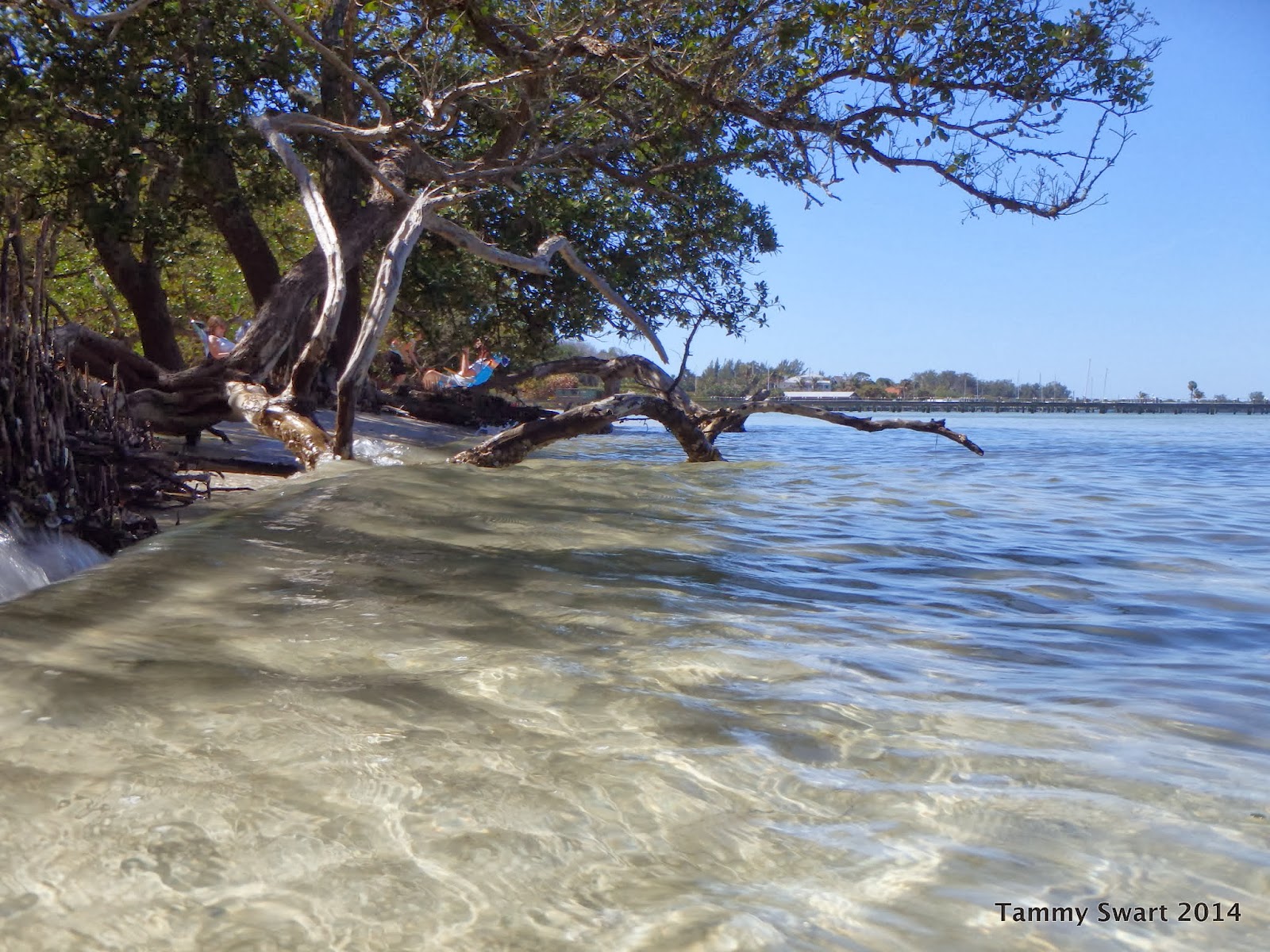 We explored the shoreline around DeSoto Point in the dinghy just wishing that it was a little bit warmer… so we could jump in and maybe do some snorkeling…. soon, very soon. 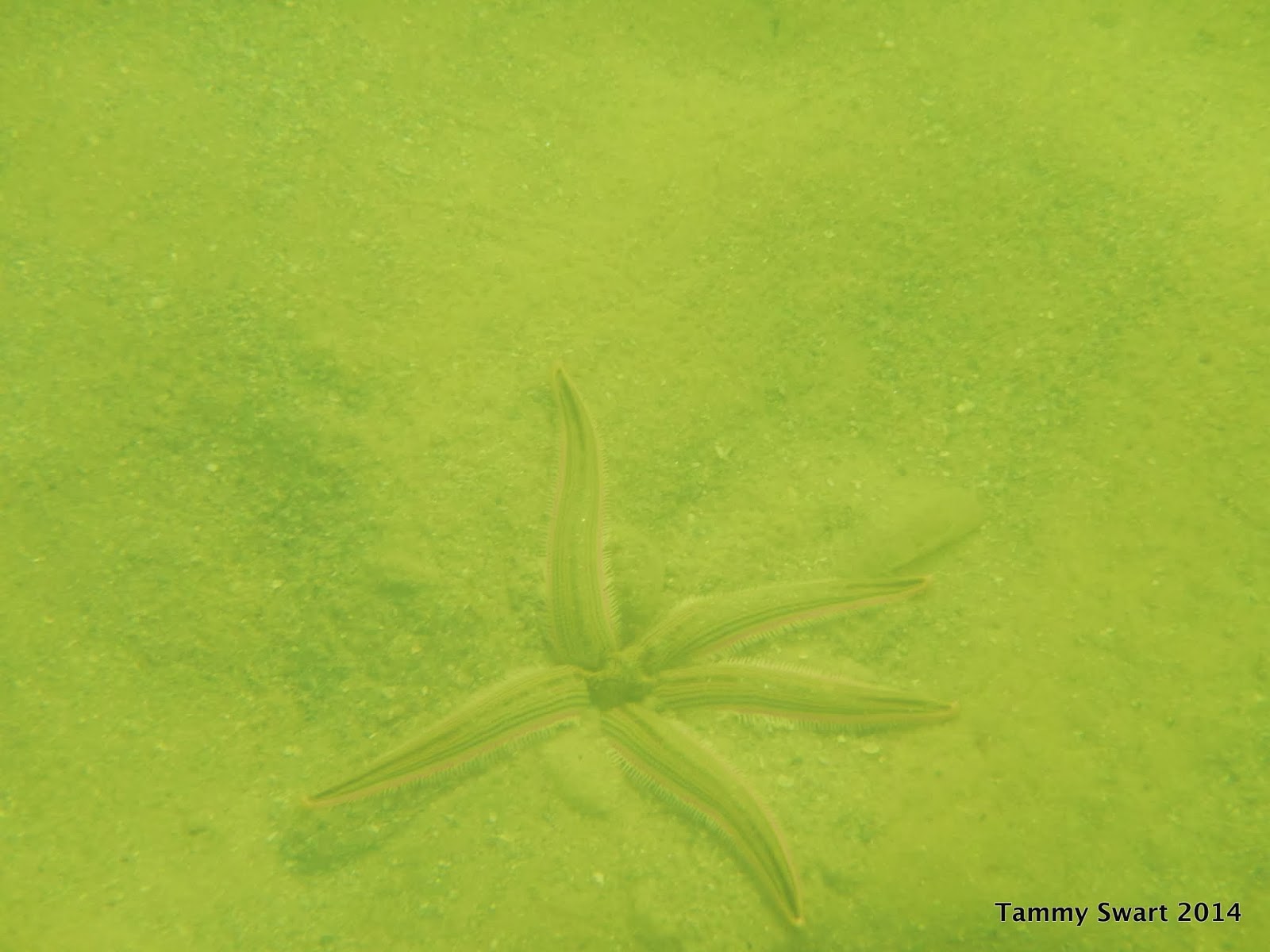 We drifted while Bruce throws a fishing lure, just gazing down into the clear waters.  Catching a glimpse of a starfish or a ray just makes my day.


The days just seemed to blend together with the only irritant being that our fridge was still not well.  But after more phone calls, and maybe just the teeniest tirade on my part… we hope it’s now working better.